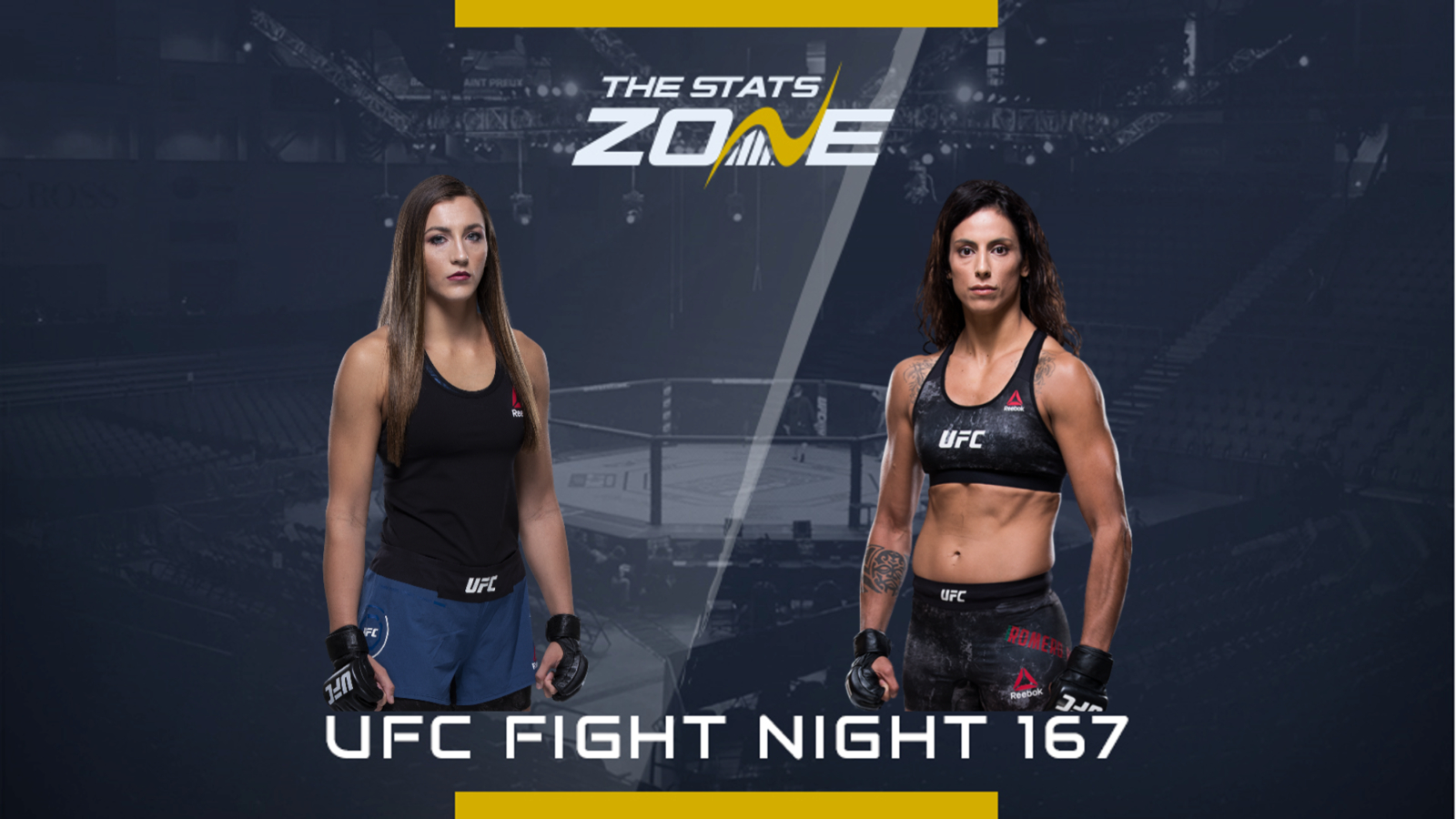 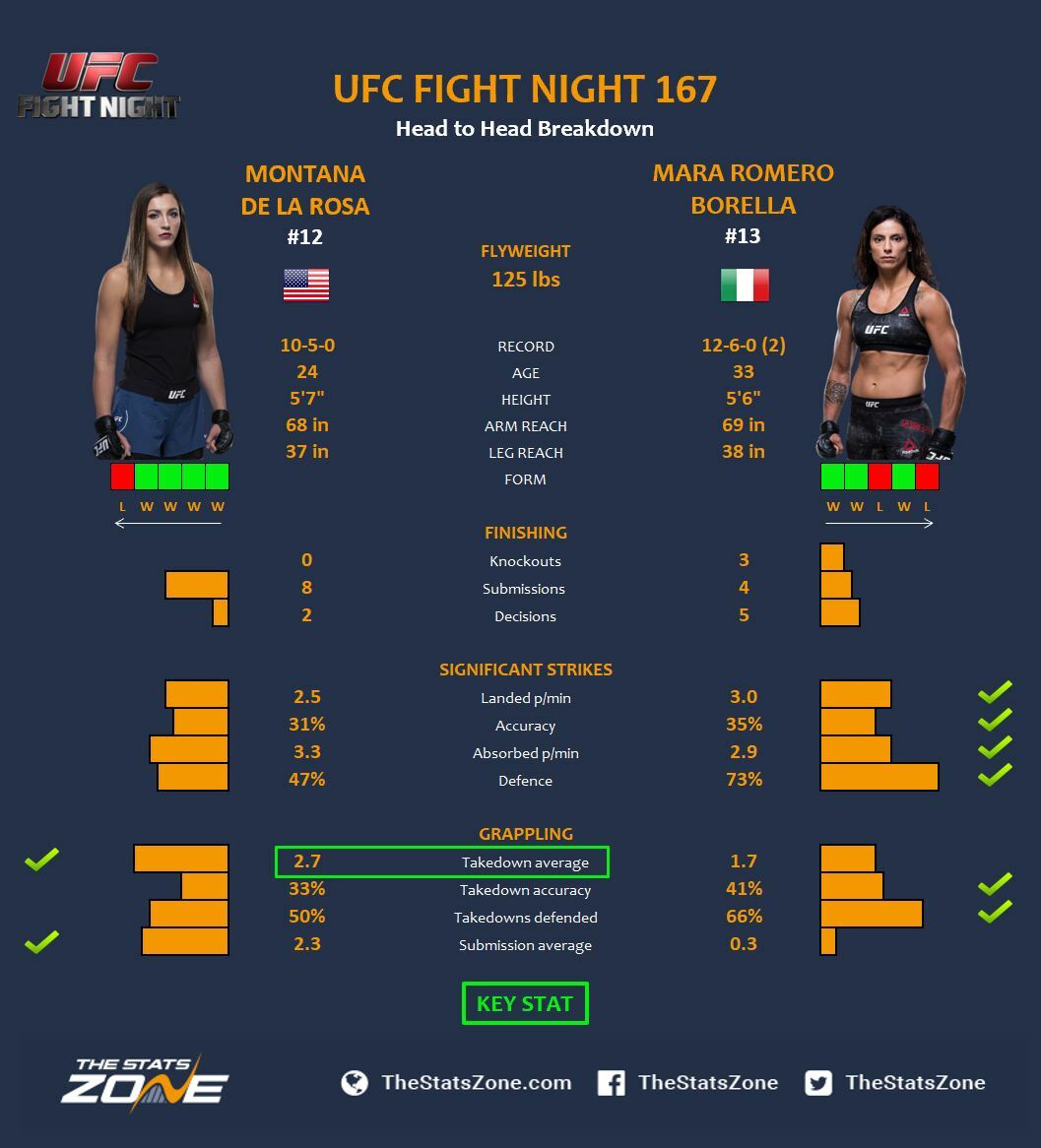 Two flyweights look to get back to winning ways as Montana De La Rosa takes on Mara Romero Borella who will fly the Italian flag all the way to Rio Rancho.

De La Rosa is coming off her first loss in five fights after Andrea Lee earned the decision back in June last year. We first saw De La Rosa on The Ultimate Fighter series that crowned the first flyweight champion. She didn’t make it very far then, but has since established herself in the division with three submission wins over Christina Marks, Rachael Ostovich and Nadia Kassem.

Borella also won her UFC debut with a submission, choking out Kalindra Faria in the first round. She then lost to recent title challenger Katlyn Chookagian, before bouncing back against Talia Santos, but now is coming off a TKO loss to Lauren Murphy.

De La Rosa is a terrific grappler and she will try to utilize her wrestling to subdue the Italian to avoid her threat on the feet. That said, Borella is dangerous everywhere. She comes from a strong judo background and is also an exceptional, technical striker with black belts in kickboxing and shoot boxing as well.

De La Rosa’s wrestling and cardio could be enough to take the fight away from Borella but we have not seen the best from the Italian yet and with the help of the coaches at American Top Team she should implement a game plan to leverage all her skills and dictate where the fight goes.