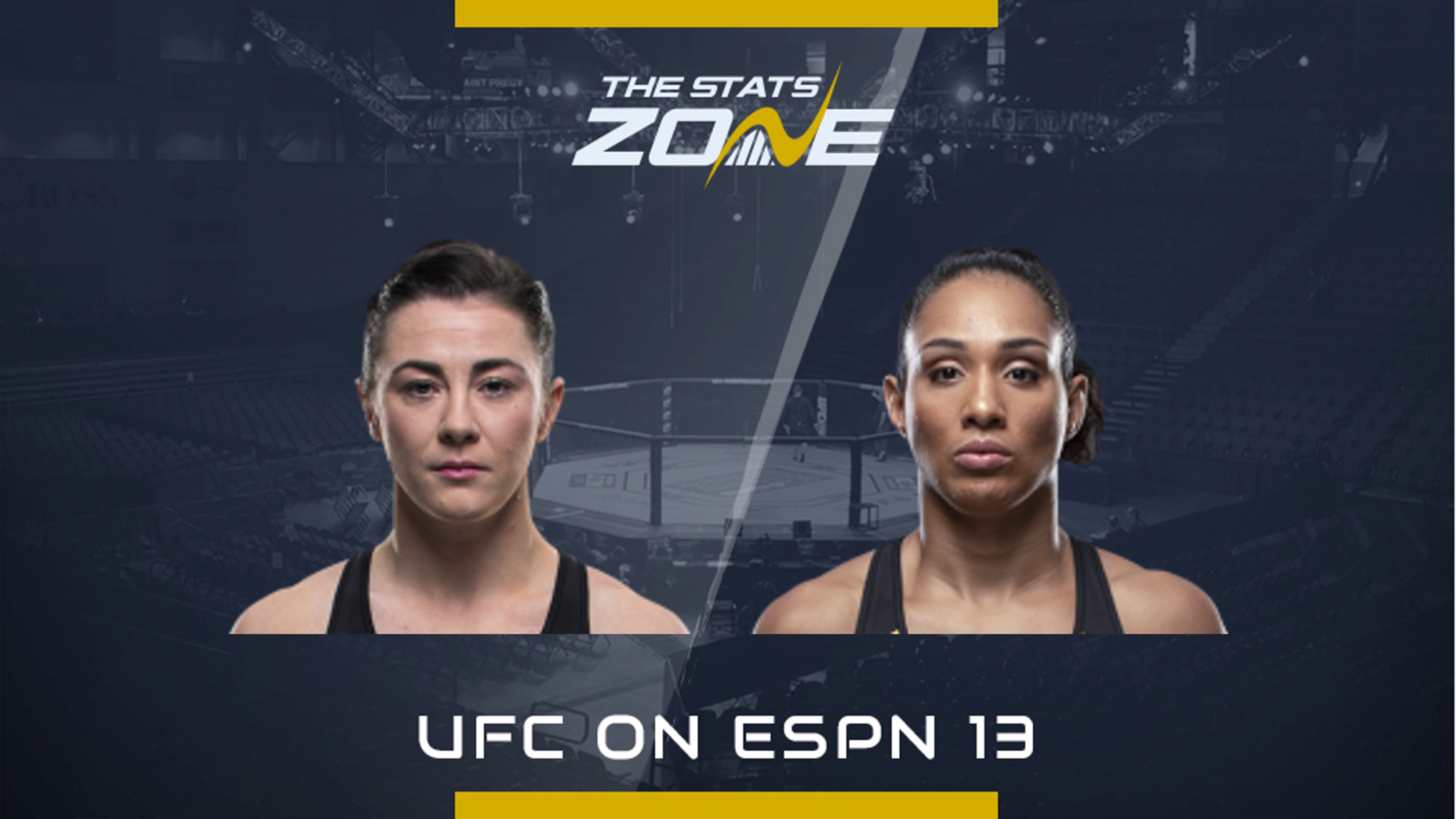 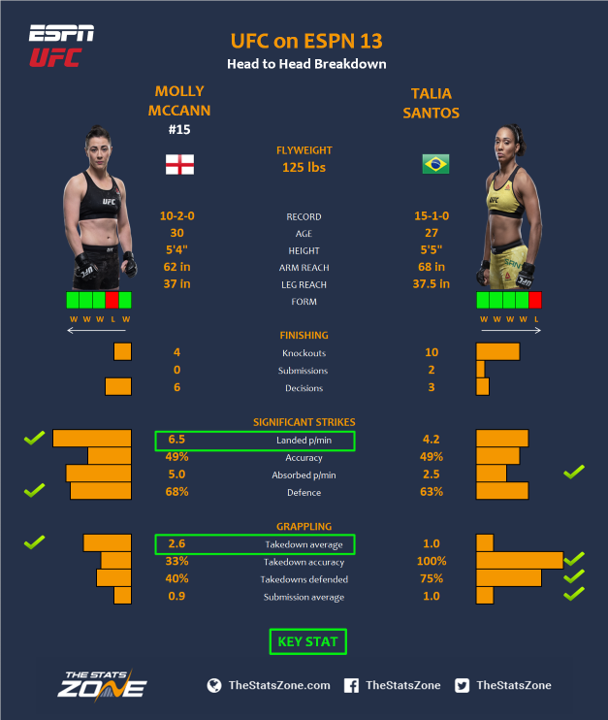 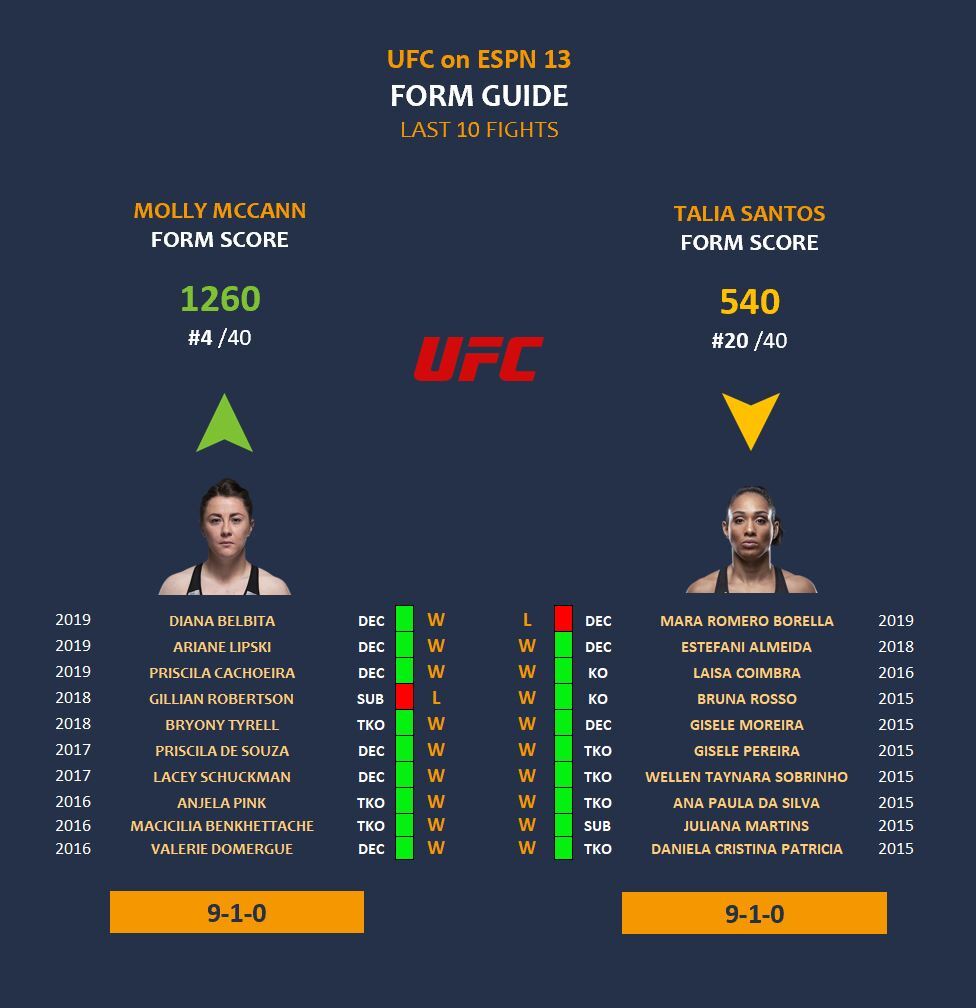 The meatball returns to the octagon as Molly McCann takes on Taila Santos on Fight Island.

After that heart-breaking loss on her UFC debut in Liverpool to Gillian Robertson, she has got back to winning ways. She has responded with three unanimous decision wins over Priscila Cachoeira, Ariane Lipski and Diana Belbita to become the fourth most in form flyweight.

Santos suffered her first career loss in her last outing which was her UFC debut. She took on Italian, Mara Romero Borella and fought to a very close split decision. Despite only losing once, she slips down to #20 in the form table with no UFC wins under her belt.

That is the question mark with Santos. She came to the UFC 15-0 but the standard of her opponents were not UFC calibre. That said, 10 of those wins have come via knockout and she is clearly a threat on the feet with a diverse arsenal.

If McCann can stay patient and keep moving to avoid that threat, she is expected to implement her game plan and overwhelm Santos with her output and mixing in takedowns and clinches.

They are both very tough and durable so we may not see a knockout, but it should be a violent scrap with McCann’s output and volume sealing a decision.