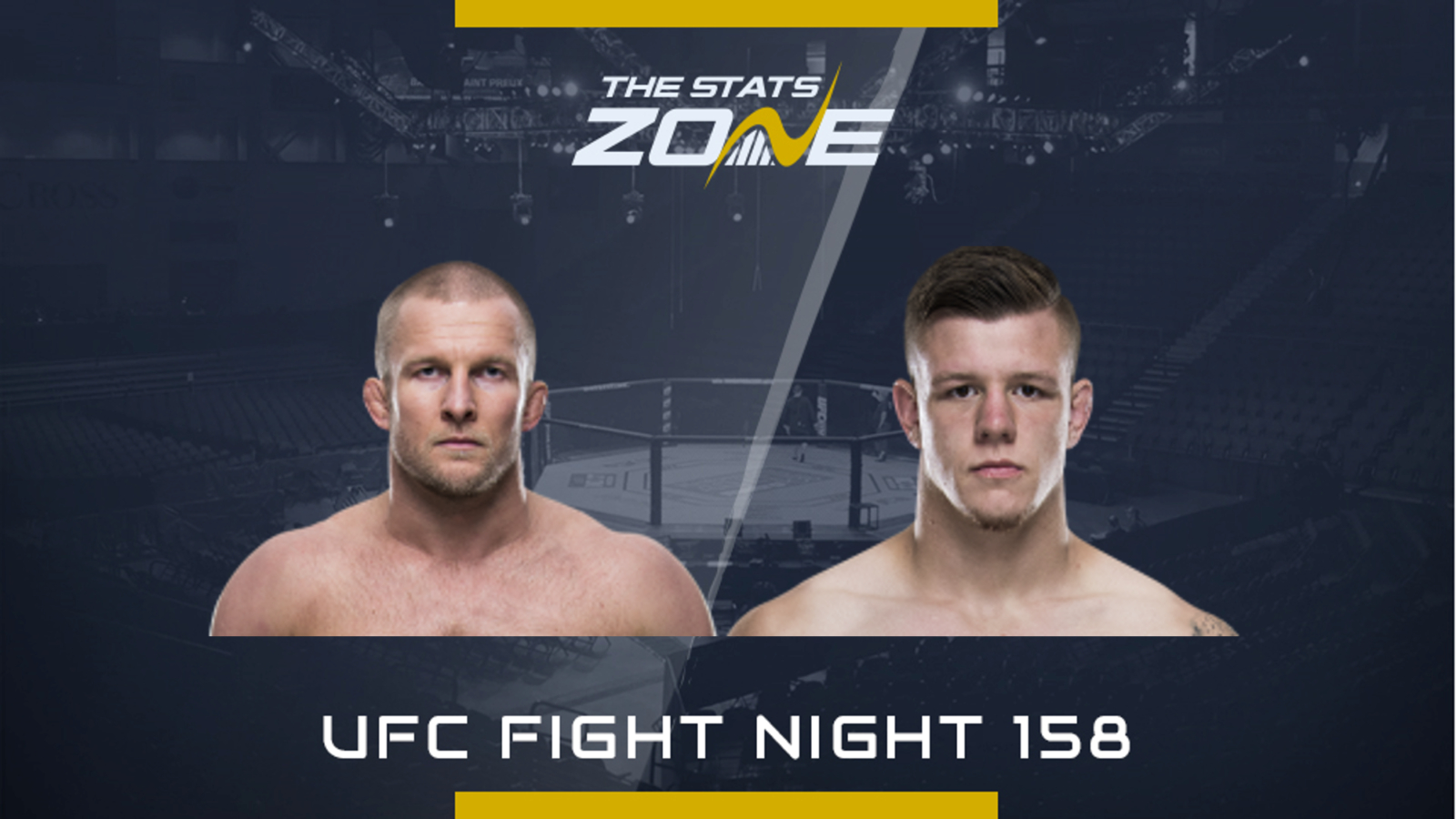 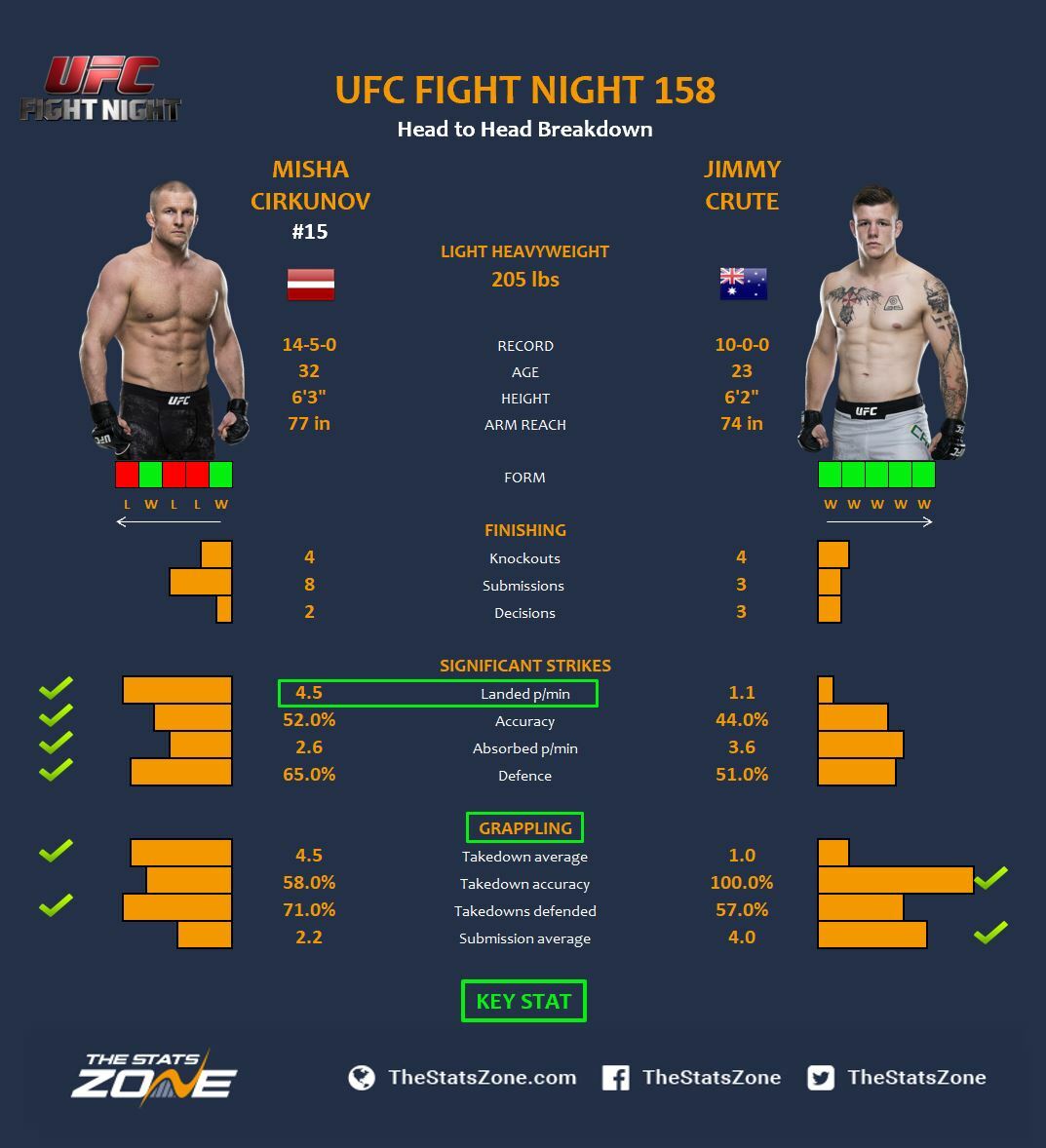 Jimmy Crute makes the long trip from Australia carrying his unbeaten record to take on the hardest assignment of his career so far: UFC vet Misha Cirkunov.

This is Cirkunov’s ninth UFC fight and he has big wins over the likes of Ion Cutelaba, Nikita Krylov and Patrick Cummins but he has lost three of his last four which were all knockouts to Volkan Oezdemir, Glover Teixeira and Johnny Walker. These were big setbacks, but they are some of the best strikers in the division and experience Crute does not have.

The Aussie has only had two UFC fights but they were exceptional performances. He submitted Paul Craig on his debut, who’s only strength is his grappling, and he is coming off a TKO over Sam Alvey, showcasing his improving striking skills.

On paper, Cirkunov should take this. He is a black belt in Brazilian jiu-jitsu, is more experienced and has proven his well-rounded skill set against top competition. However, Crute has all the potential and will be a problem for the Latvian.

Crute has the strength to match Cirkunov and the power on the feet to seriously test his chin. Their grappling skills could easily cancel each other out, forcing a stand-up battle which should be a fiercely close contest. Getting past Cirkunov will be a monstrous win for Crute but it may be a test too soon for the 23-year-old.