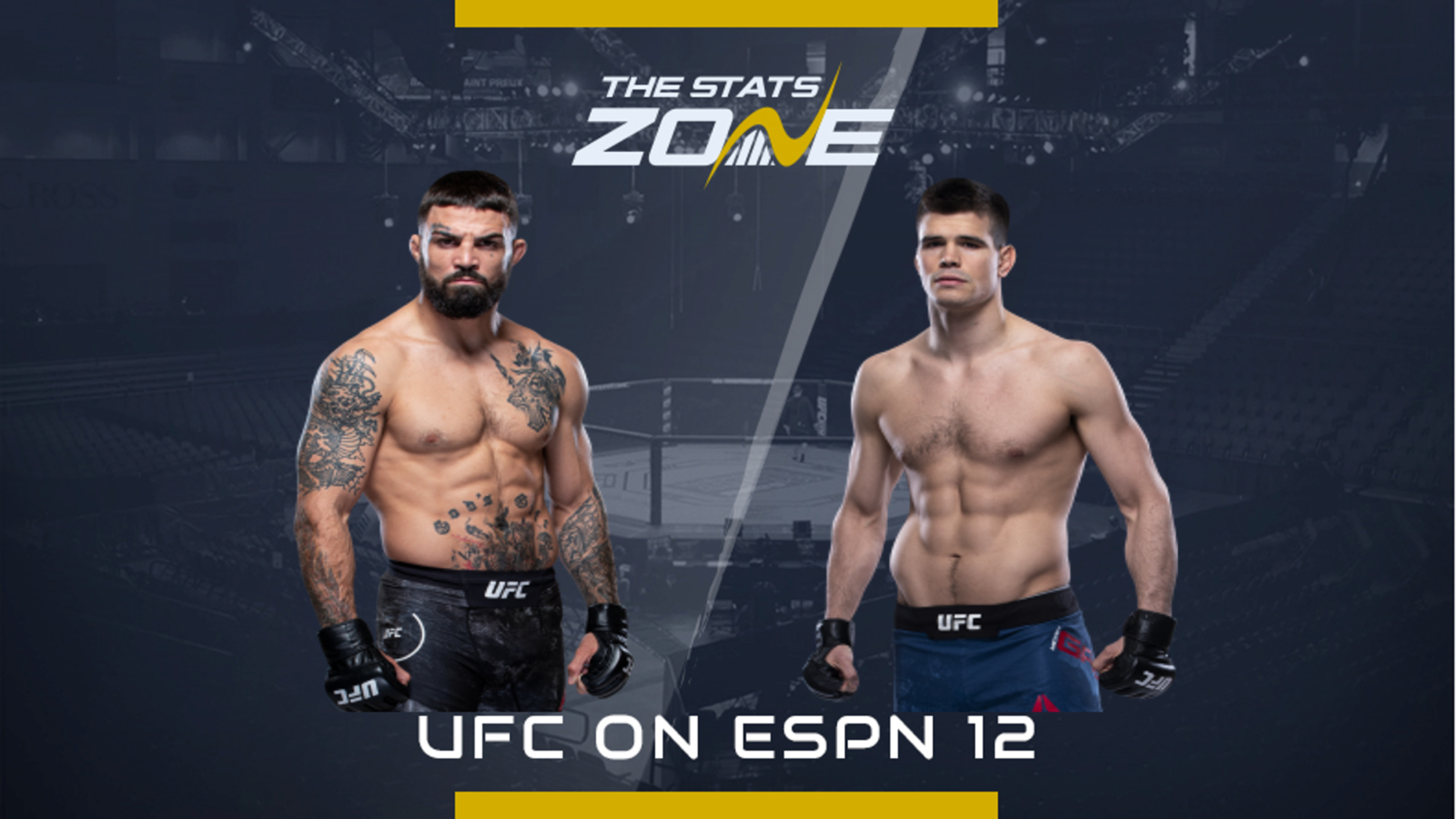 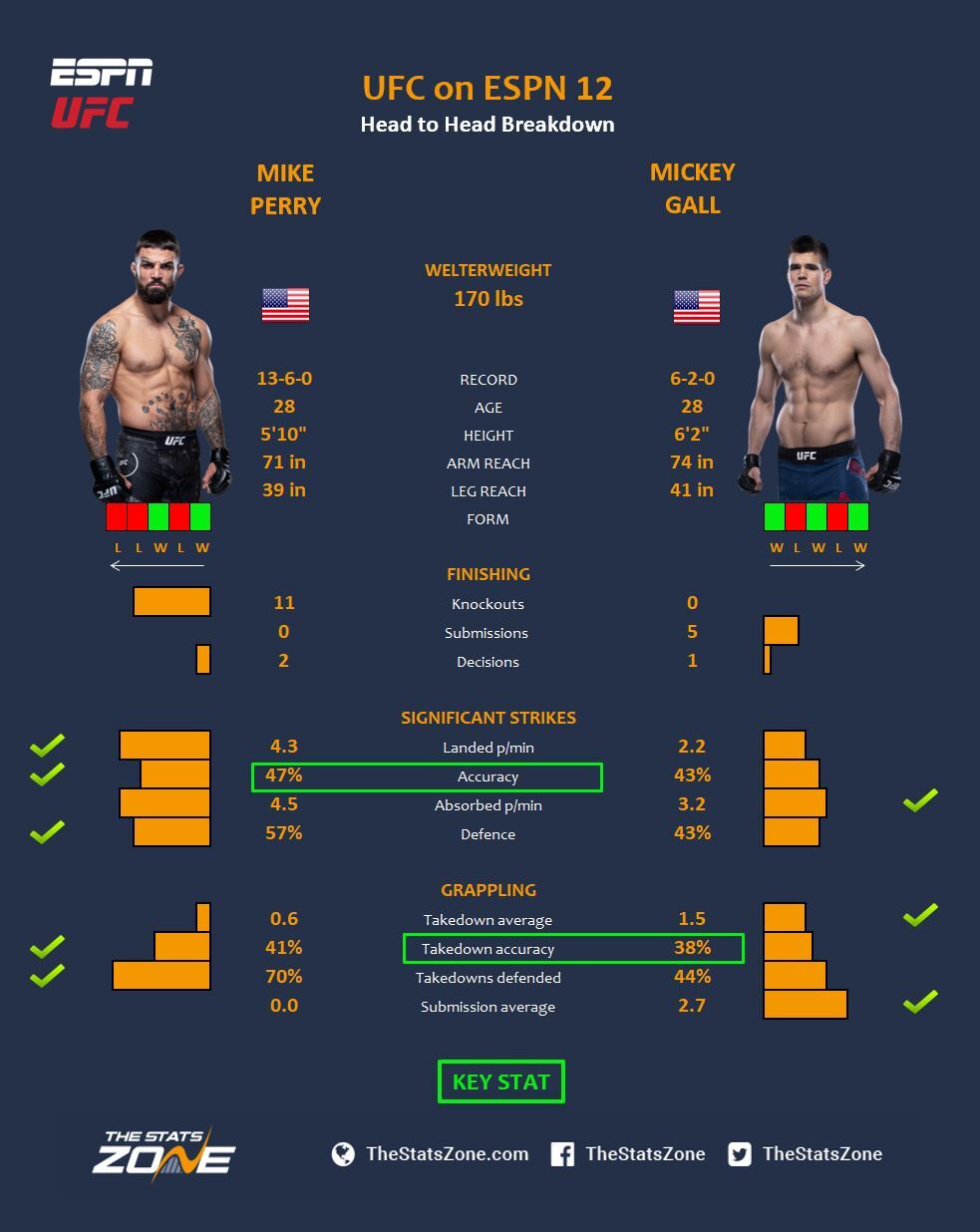 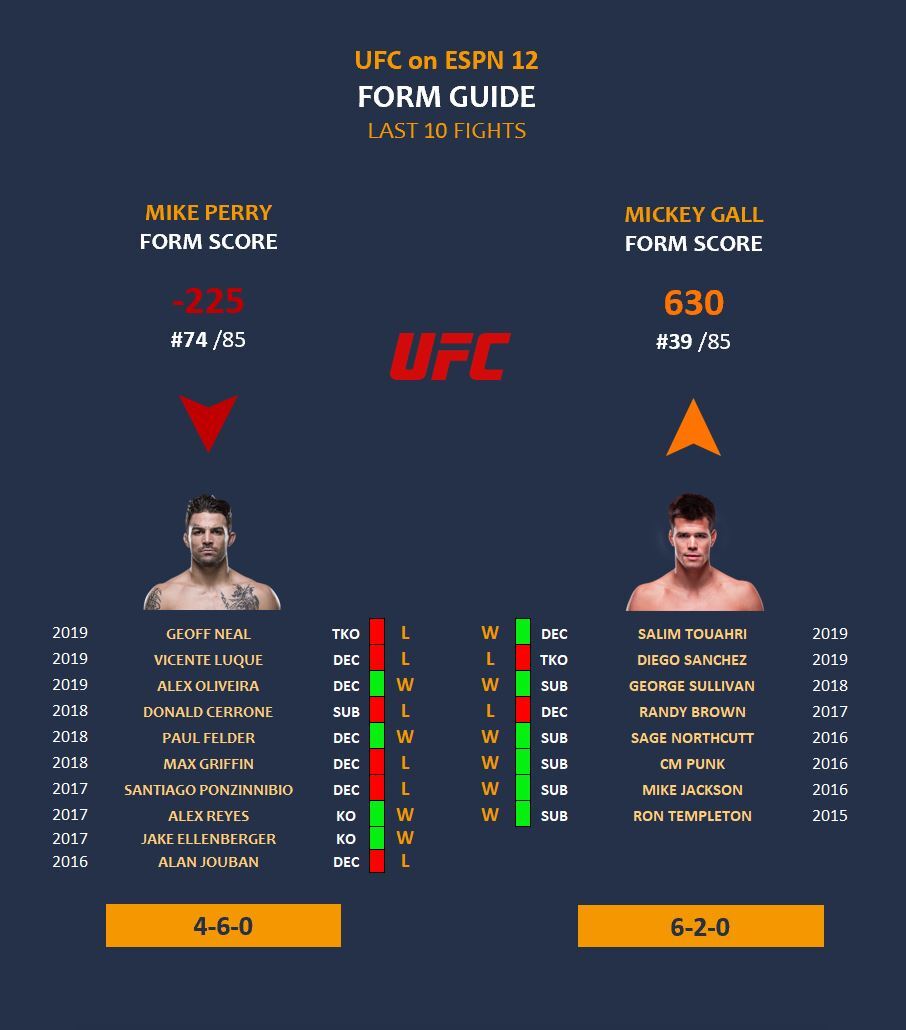 Perry has had a tough time in the octagon recently coming off two brutal losses. All six of his pro losses have come in his last 10 fights but he has taken on beast after beast. He bagged impressive decisions over Paul Felder and Alex Oliveira but comes off a decision loss where Vicente Luque literally rearranged his face and he finally received his first knockout courtesy of Geoff Neal in his last fight and that has seen him plummet right down the form table.

Gall has climbed back up the table after a solid unanimous decision win over Salim Touahri in his last fight. This was in response to the biggest setback of his young career when he was finished by Diego Sanchez. He is now confident of building some momentum but when you start your UFC career after your first pro fight, that record in never going to look impressive.

Gall is confident in his striking but his bread and butter is his jiu-jitsu and he will be desperate to get Perry to the mat. Although we have not seen Perry’s ground skills, he is a purple belt in jiu-jitsu himself but he is going to try and keep the fight standing to unleash his destructive striking on Gall, hunting his chin.

With Perry’s mysterious injuries a few days ago and his corner now just consisting of his new girlfriend, an upset just feels like it is on the cards. That said, he is a savage and as long as he can avoid the takedown, ‘Platinum’ will have the power to overwhelm Gall on the feet and if everything goes his way, he should seal a vintage finish.