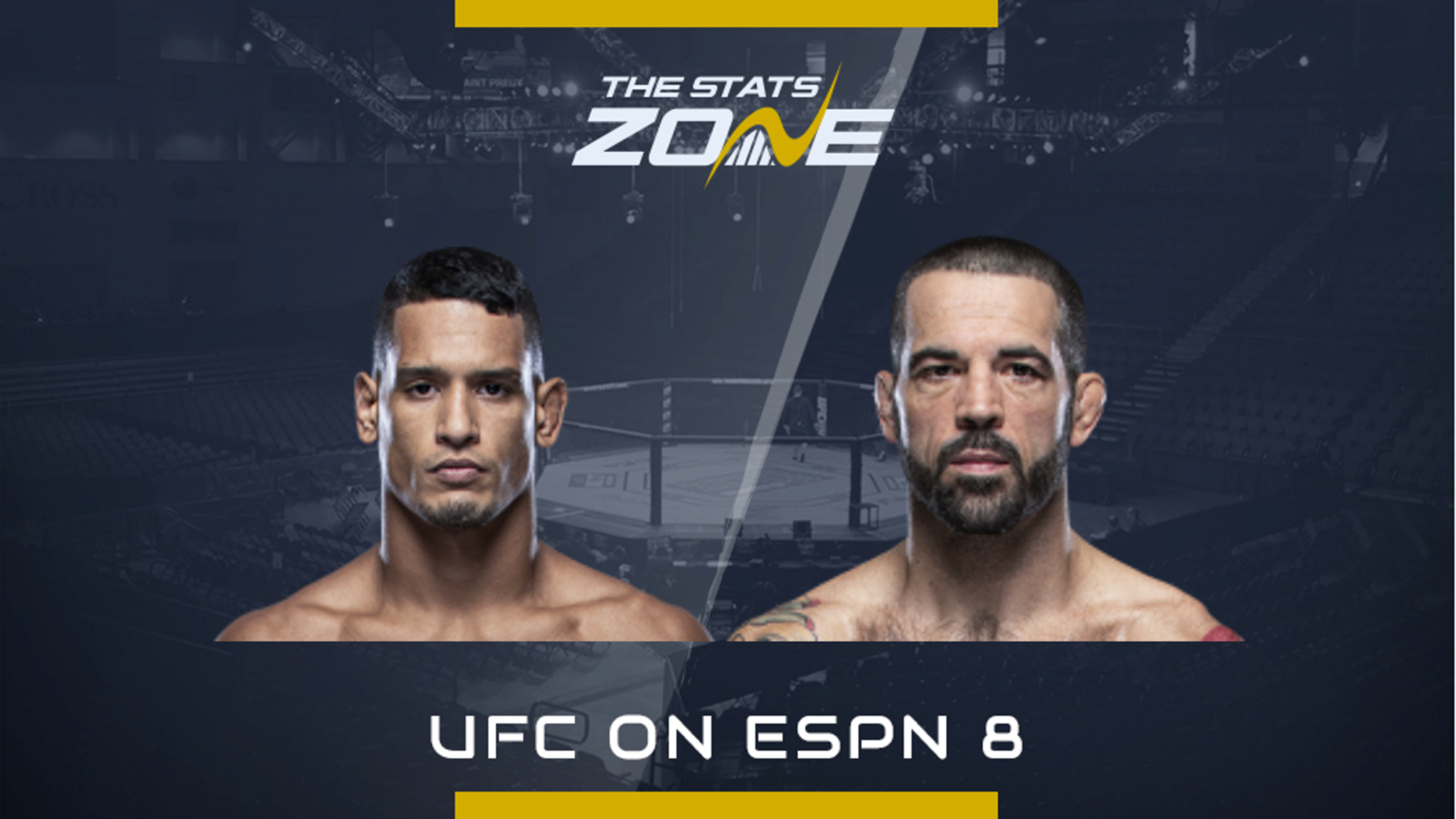 What channel is UFC on ESPN 8 on? BT Sport 1

Where can I get tickets for UFC on ESPN 8? https://www.ufc.com/tickets

This is arguably the most attractive fight in the prelims for this card at UFC on ESPN 8 as 39-year-old veteran Matt Brown faces off against an unbeaten Miguel Baeza.

Ohio’s Brown is 22-16 in his 38 fights and holds a variety of records in the UFC Welterweight division, largely due to his longevity in the sport and organisation. He is coming off two KO wins over Diego Sanchez and Ben Saunders as he continues to compete at a high level – albeit not quite at an elite level. He continues to possess plenty of knockout power and remains a major threat on the ground with his submission skills.

He faces a difficult test against Baeza who is unbeaten in his eight previous fights and Caramel Thunder picked up an impressive stoppage with leg kicks and elbows in his UFC debut beating Hector Aldana back in October. This is easily the biggest test of his career so far however and he will have to continue raising his performance level.

This has all the hallmarks of a hugely entertaining fight on the preliminary card as the ever-dangerous Matt Brown comes up against unbeaten Florida native Miguel Baeza. Brown continues to defy the years with some impressive performances, and while he has largely lost all his fights against the top fighters in the Welterweight division, he is one of the best of the second tier of fighters.

Only six of his 38 fights have gone the distance and this one looks unlikely to go the distance too. Baeza is a dangerous opponent with half of his eight fights finishing in the opening round. This is no doubt his biggest test and his best chance of success may be in being the more active fighter yet staying out of Brown’s range and taking it deep into the later rounds. That said, it is highly unlikely to go the distance with the strike power of both men, so while the younger man is the preference, the safer pick is against it going to the judges’ scorecards.

Winner: Not to go the distance