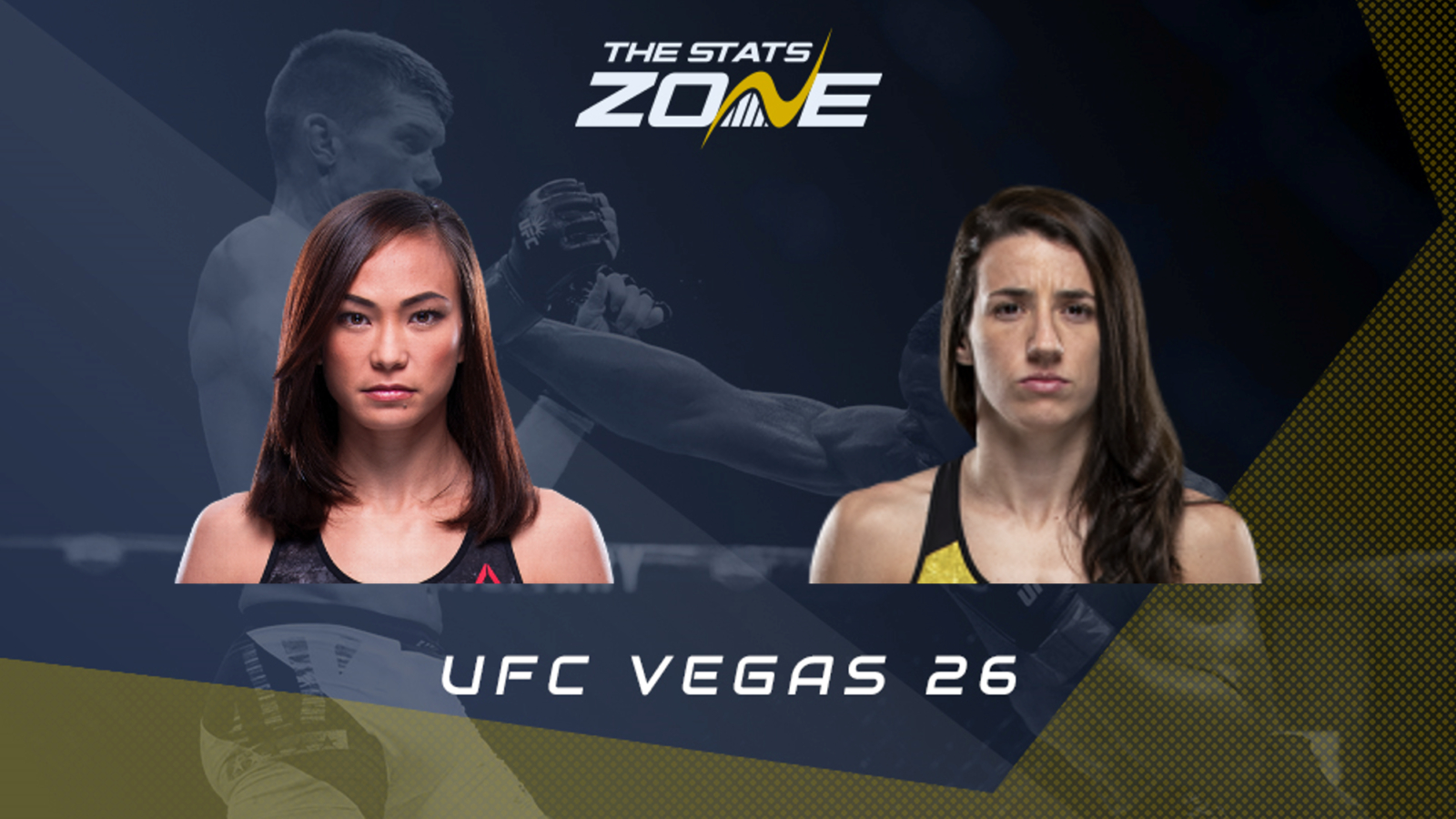 Where is UFC Vegas 26? UFC APEX, Enterprise, Nevada (US)

Where can I get tickets for UFC Vegas 26? Click here for the latest ticket information for UFC events

Where can I stream UFC Vegas 26? BT Sport subscribers can stream the fight online via the BT Sport website

Michelle Waterson (18-8) returns for her 11th UFC fight and although she has been in the upper echelon for years, she just has not quite made it into the top contender bracket. After three impressive decision wins over Cortney Casey, Felice Herrig and Karolina Kowalkiewicz, she earnt a number one contender fight with the former Queen of the division Joanna Jedrzejczyk. She was ultimately outclassed losing a unanimous decision and suffered two losses on the bounce after Carla Esparza scraped another split decision. A theme of the strawweight division – it was her time to pick up a split decision which was over Angela Hill back in September.

Marina Rodriguez (13-1-2) took Waterson’s place back at UFC 257 after she had to pull out of her fight with Amanda Ribas and talk about making the most out of an opportunity. She was understandably the heavy underdog against the top prospect and after getting wrestled for the first round, she pulled off a brilliant knockout in the second. This also came after a split decision loss to Esparza which could have easily gone her way so there is no doubting the striker’s potential.

This bout gets promoted into the main event slot and it is a huge whole to fill with Cory Sandhagen vs TJ Dillashaw falling through. These ladies will not draw in the same numbers, but it is a very exciting match-up and it is a great chance to prove their worth in a five-round fight. It is also up at flyweight which will suit Rodriguez more as Waterson is even undersized at 115 lbs.

They are both technically sound strikers with Waterson coming from a Karate background and Rodriguez a Muay Thai background so the stand-up battle will be fascinating. Rodriguez is the bigger woman and will boast a three-inch height and reach advantage.

Rodriguez has the momentum coming off that brilliant knockout, but Waterson has crucial five-round experience, and a key factor could be her grappling. She can wrestle with brilliant jiu-jitsu and we know how easily Rodriguez can be taken down.

That said, Esparza was lucky to earn a split decision with her wrestling heavy approach and we know what happened in the second round against Ribas. So, this will depend on Waterson’s strategy.

Rodriguez has the weight, range and power advantage so, her movement will have to be on point to avoid getting clipped or trapped in her clinch. If she decides to grapple, she will have to work hard for five rounds at maintain control.

As Rodriguez has never gone past the third round and was not preparing for 25 minutes, Waterson’s wrestling could make all the difference in the championship rounds wearing her out. So, if Waterson can mix things up and avoid getting hurt on the feet and in Rodriguez’ clinch, her wrestling can drain her energy to sway the judges.

Rodriguez will have a significant size advantage on the night which will make her power even more threatening and is why she is the favourite but Waterson’s wrestling could easily take the fight away from her. It is a tough fight to call and has split decision written all over it.