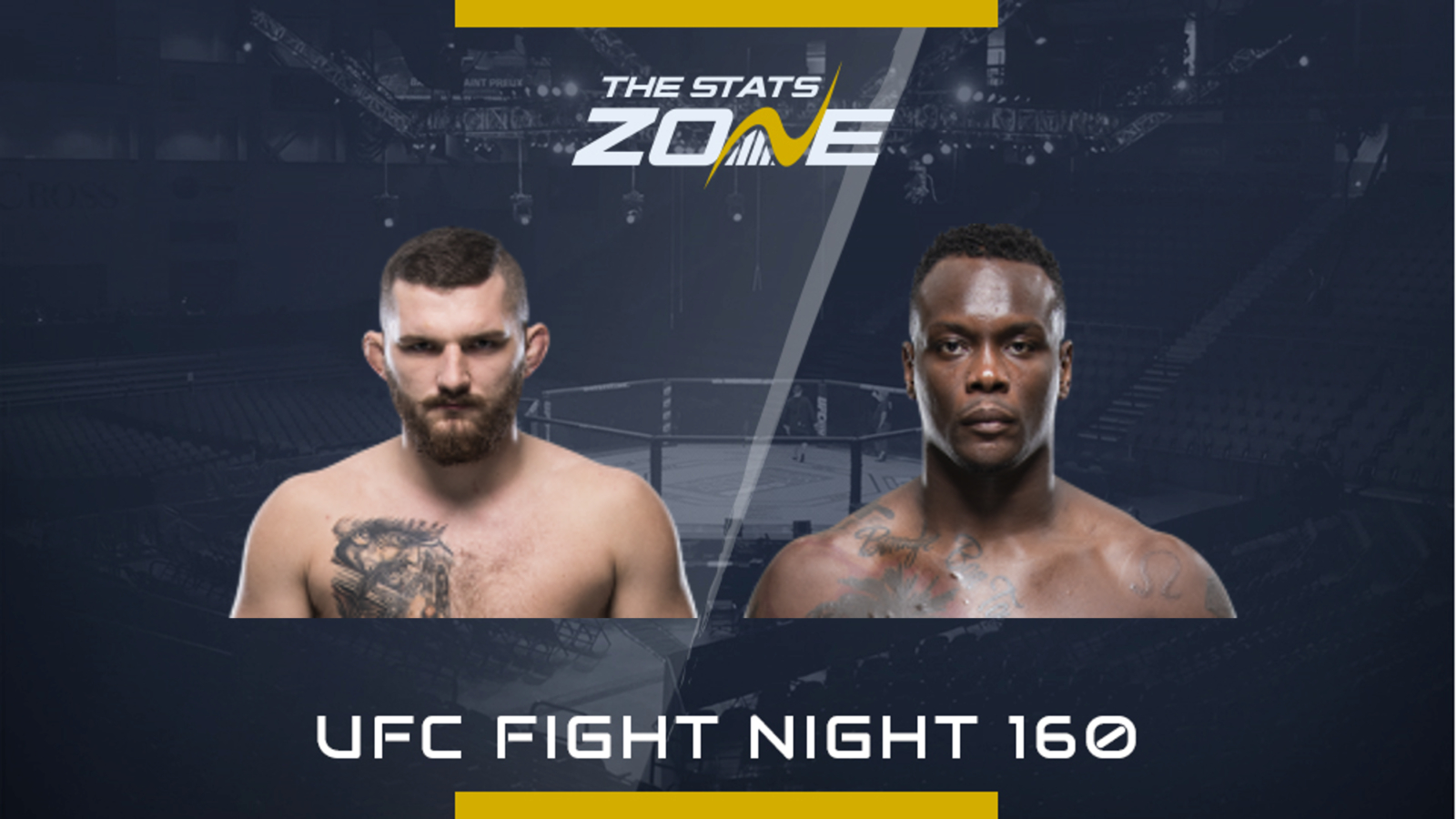 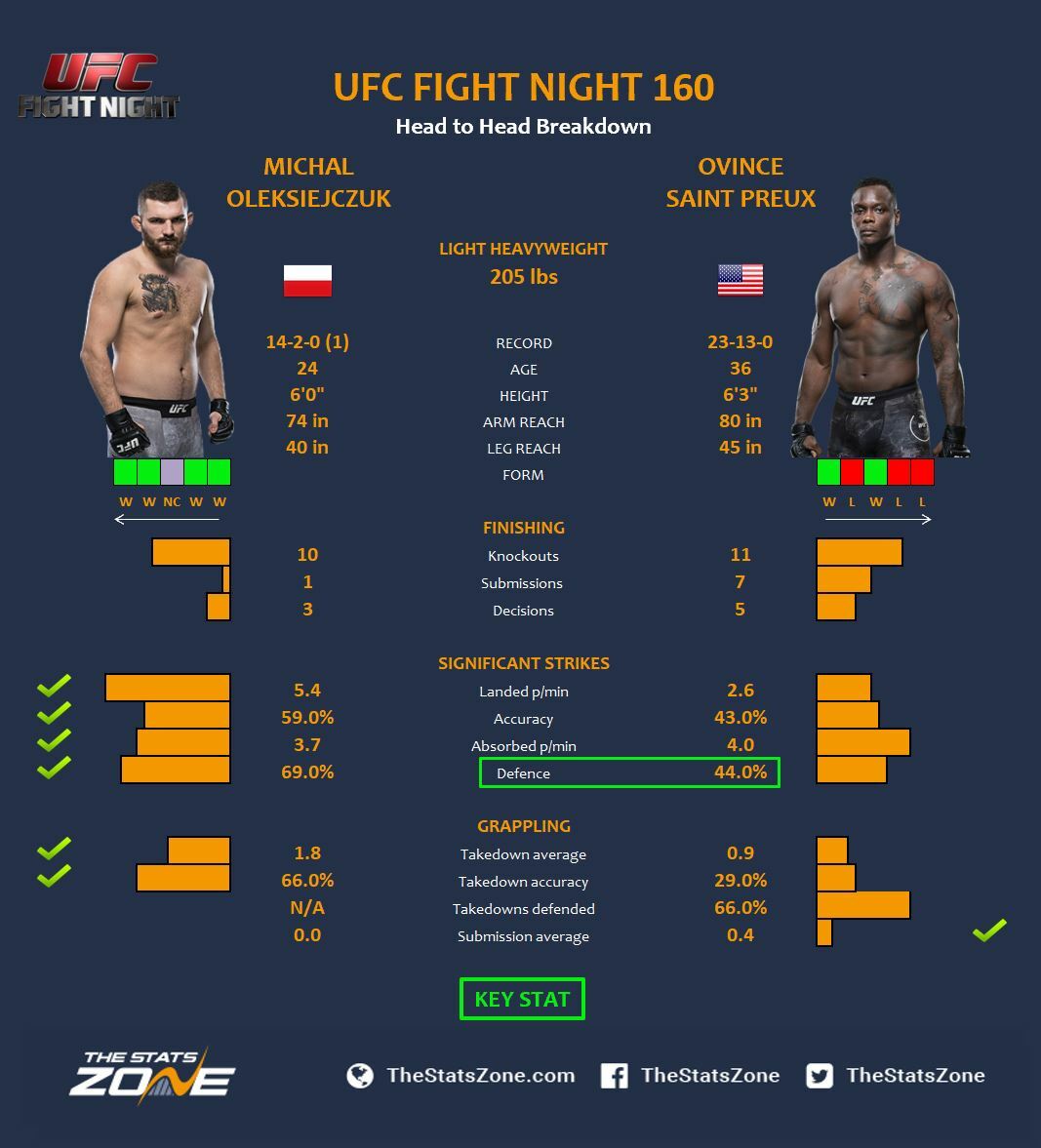 Oleksiejczuk has completely flown in under the radar of the division and would be on a 12-fight winning streak if he had not tested positive for clomiphene after his unanimous decision win over Khalil Rountree at UFC 219. After that was deemed a ‘no contest’, Oleksiejczuk picked up where he left off and looked even better going on to smoke Gian Villante and Gadzhimurad Antigulov.

Saint Preux has had 19 UFC fights (11-8) going to war with some of the very best light heavyweights in the world which has inevitably seen him suffer losses. After a superb performance finishing Tyson Pedro with an armbar, he is now coming off two disappointing losses – a unanimous decision to Dominick Reyes and a submission to Nikita Krylov.

The key for Saint Preux is to respect the power in Oleksiejczuk’s hands. The Pole’s striking always seems to be underestimated, but he has a touch of death capable of a knockout from awkward angles.

If Saint Preux does not game plan to avoid his hands he could easily become Oleksiejczuk’s 11th knockout victim. However, it is hard to see someone of the calibre and experience of Saint Preux losing three in a row and he is likely to call upon his impeccable grappling to tie Oleksiejczuk up and wrap up a submission.