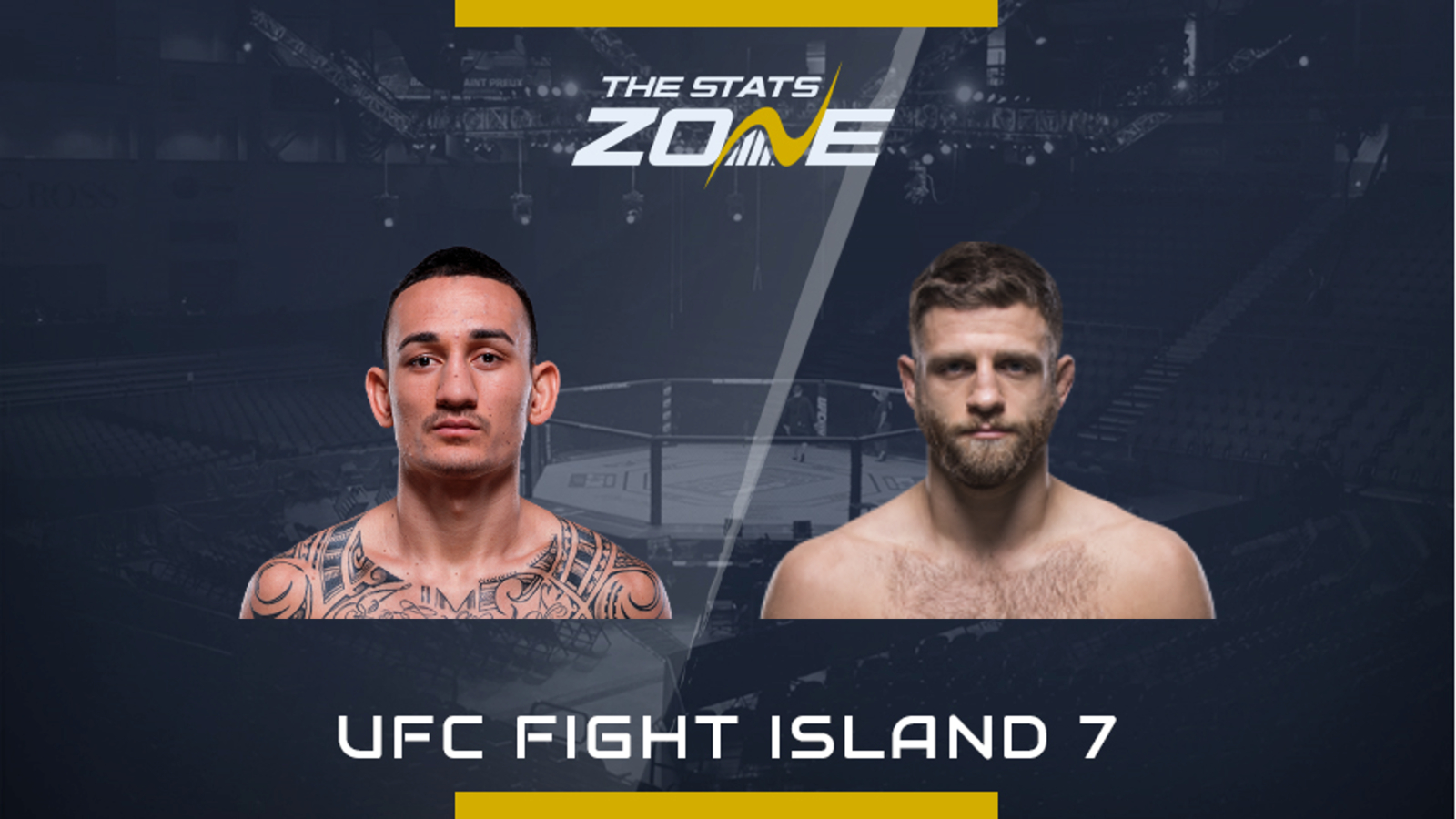 Where can I get tickets for UFC Fight Island 7? No tickets are available as this event will take place without spectators

What channel is UFC Fight Island 7 on? BT Sport 3

Where can I stream UFC Fight Island 7? BT Sport subscribers can stream the fight online via the BT Sport website

The UFC is back with a new broadcaster and venue as ABC (US) showcases UFC Fight Island 7 at the newly built Etihad Arena in Abu Dhabi and what a main event to grace the occasion as Max Holloway takes on Calvin Kattar.

Holloway (21-6) has not lost faith in reclaiming gold after two decision losses to Alexander Volkanovski who snatched his featherweight strap. That made it three losses in his last four with Dustin Poirier sparking the unfamiliar run of form. Now the Hawaiian looks to start another long winning streak in his first non-title fight since June 2016.

Kattar (22-4) walks out for the biggest fight of his career taking on one of the best featherweights of all time. He has continued to improve in his eight UFC fights and has only lost twice in two decisions – Renato Moicano back in 2018 and to the hottest prospect in the division Zabit Magomedsharipov over a year ago but he certainly finished the fight the fresher man. He is now coming off a beautiful knockout of Jeremy Stephens and a unanimous decision over Dan Ige so a win over Holloway will catapult him straight into a title shot against Volkanovski.

This is will be a kickboxing masterclass and a fierce battle on the feet. Kattar is one of the best boxers in the division with power and a granite chin. Holloway has proven he is one of the best strikers in the division for years. He has less power but the same granite chin with incredible distance control and endurance excelling in five rounders.

Kattar has only gone past the third round once in his career which was against Ige in his last outing but he also has a great gas tank on him so this will be a 25-minute war. They are both warriors but tactically astute so expect them to ease in to the first couple rounds to get a read on each other.

Holloway will not boast his usual range advantage as Kattar is also 5’11’’ and interestingly the ‘Boston Finisher’ has a three-inch reach advantage. This will be useful when unloading his hooks, but he will cause more damage in the pocket with his uppercuts and elbows.

Holloway will go about his usual business with relentless pressure, a high output, newly added leg kicks and countering when Kattar throws heavy. Kattar has more power and is made for five-round striking battles but Holloway is a proven expert. They are both durable enough to absorb a ton of damage which will force this to the bell and we expect Holloway to get back in the win column with a close decision.