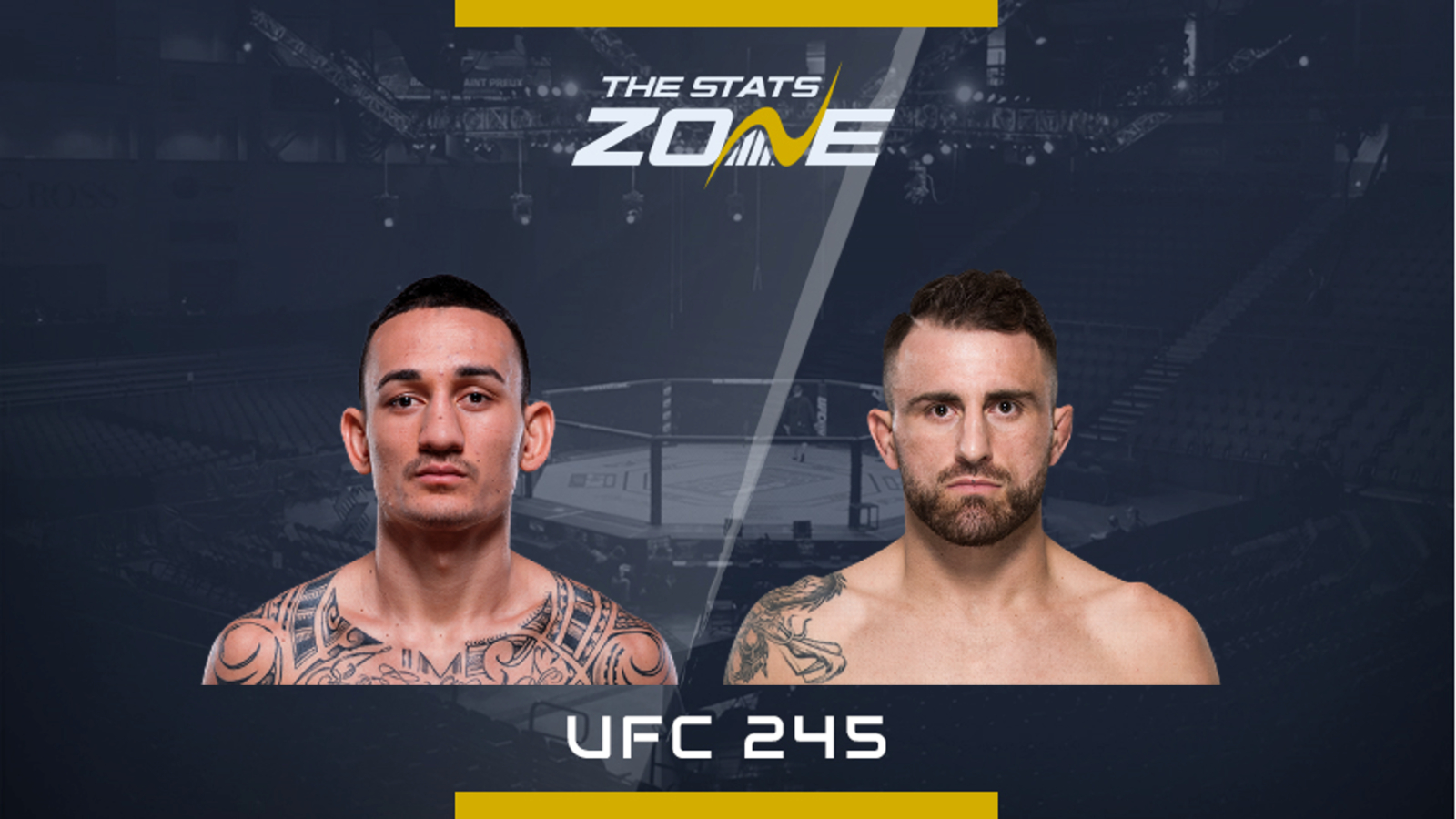 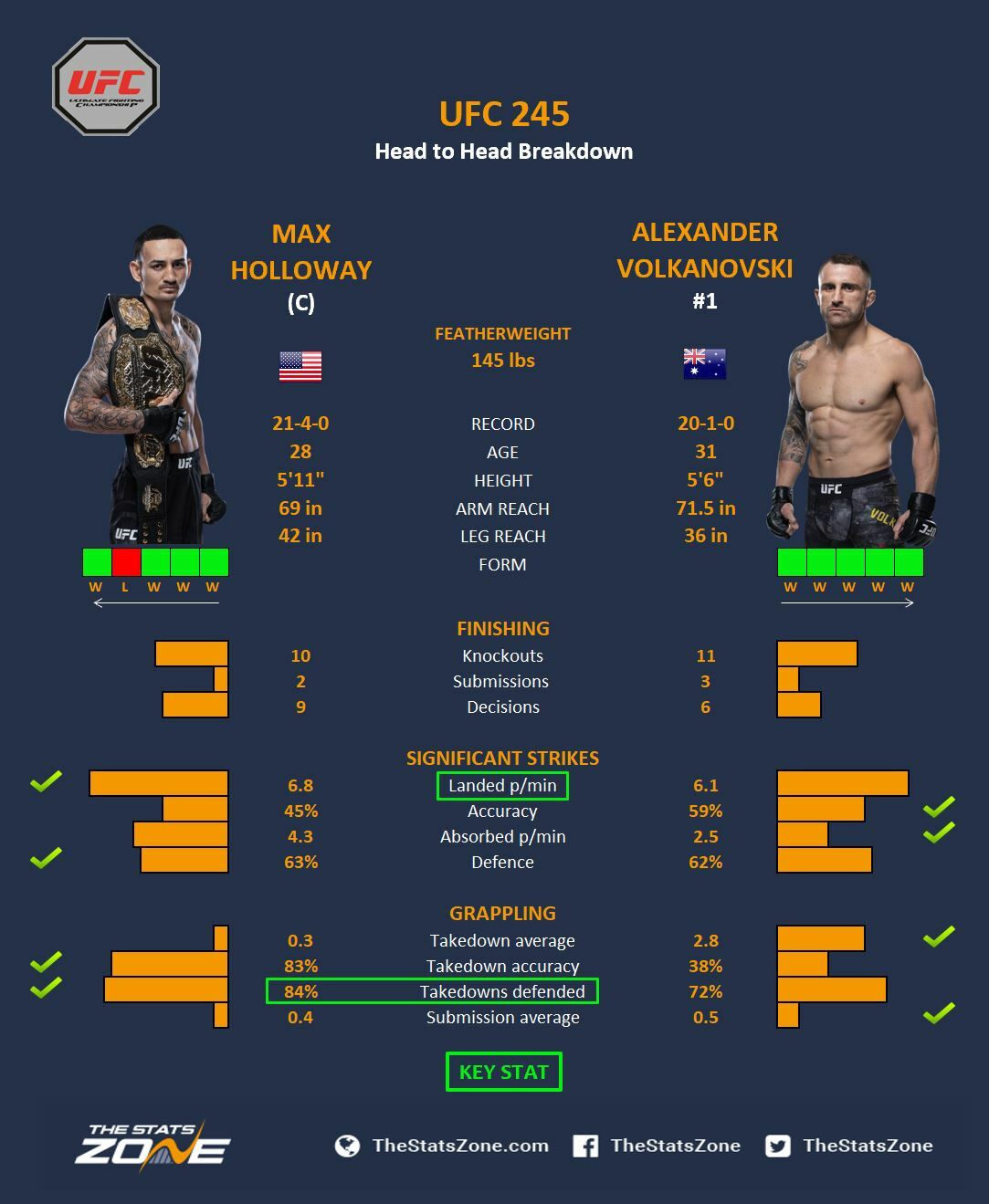 Arguably the best featherweight of all time, Max Holloway makes the fourth defence of his title against Alexander Volkanovski, who could provide the Hawaiian his toughest test in the division.

Holloway lost for the first time in nearly six years back in April when he stepped up to lightweight to take on Dustin Poirier for the interim title. Poirier deservedly snapped the 13-fight win streak, but Holloway dusted himself off and moved back down to featherweight where he outclassed another legend in Frankie Edgar to defend his belt for the third time.

In the UFC the contenders keep on coming and now it is Volkanovski's turn with a 17 fight win streak behind him, including nine knockouts and three submissions. The stocky Aussie has looked exceptional, but it was his last two fights that caught everyone’s attention. He knocked out Chad Mendes in the second round and then took on the great Jose Aldo and earned an extremely impressive unanimous decision.

Defending the title is always harder than challenging for it. Holloway has proven himself time and time again and this is just another fight for him but the motivation for a challenger like Volkanovski couldn’t be higher.

Holloway is expected to control the fight with his striking as usual. His movement and manipulation of reach is masterful but interestingly he will be giving up two and a half inches in reach to Volkanovski despite being five inches taller than him.

This doesn’t mean Volkanovski will win the stand-up exchanges, but he can counter if Holloway gets sloppy and has the power to put the champion away. The Aussie will be one of the strongest fighters Holloway will face and he is so well-rounded with his grappling that he will constantly be a threat.

This will be a very tough fight for Holloway but if he can avoid the takedown and the clinches, he has the skill to punish Volkanovski for five rounds. However, if he is not fully focused, expect an upset.