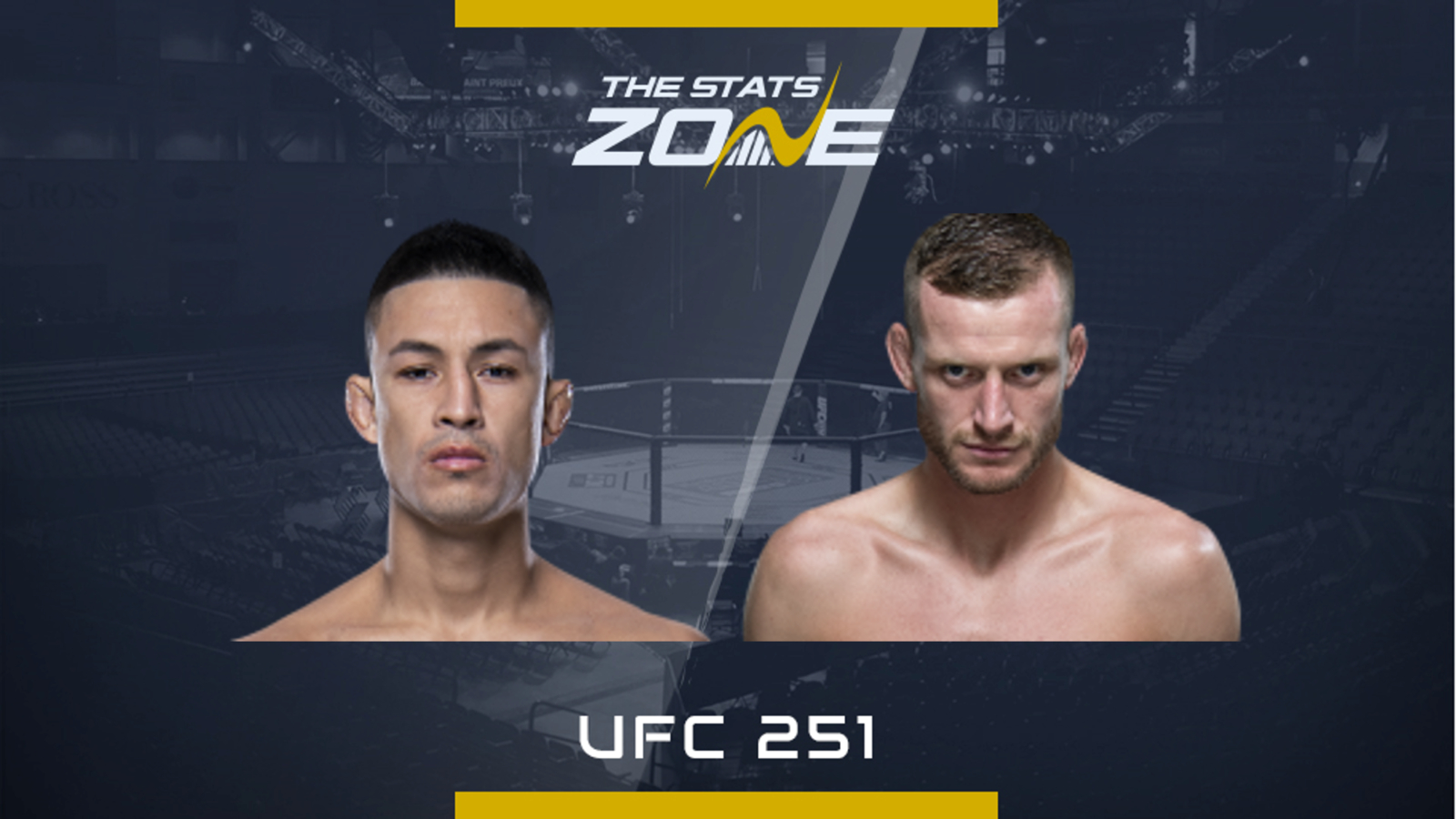 Martin Day makes his second appearance in the Octagon here having lost on his UFC debut as a split decision went against him in his fight with Pingyuan Liu in November 2018. He has been forced out of fights since then due to injuries so it will be some 20 months since his last fight. The Hawaiian native thought he won the fight against Liu despite the decision going against him but all the talk in the build-up to this fight has been on avoiding going to the scorecards.

Englishman Davey Grant has won two and lost two after earning a deal following his display in the Ultimate Fighter back in 2013, so he will be desperate to build on his split decision win over Grigorii Popov last time out. He too has seen plenty of fights cancelled due to injury and has only had two bouts since October 2016, so any cage rust will likely affect him just as much as Day.

This fight really is a pick’em with very little separating the two fighters. A case can be made for Davey Grant based purely on the quality of opponents he has faced. His win over Marlon Vera back in February 2016 was particularly impressive and while this fight really could go either way, his greater experience along with the quality of opponents just about gives the edge to Grant.