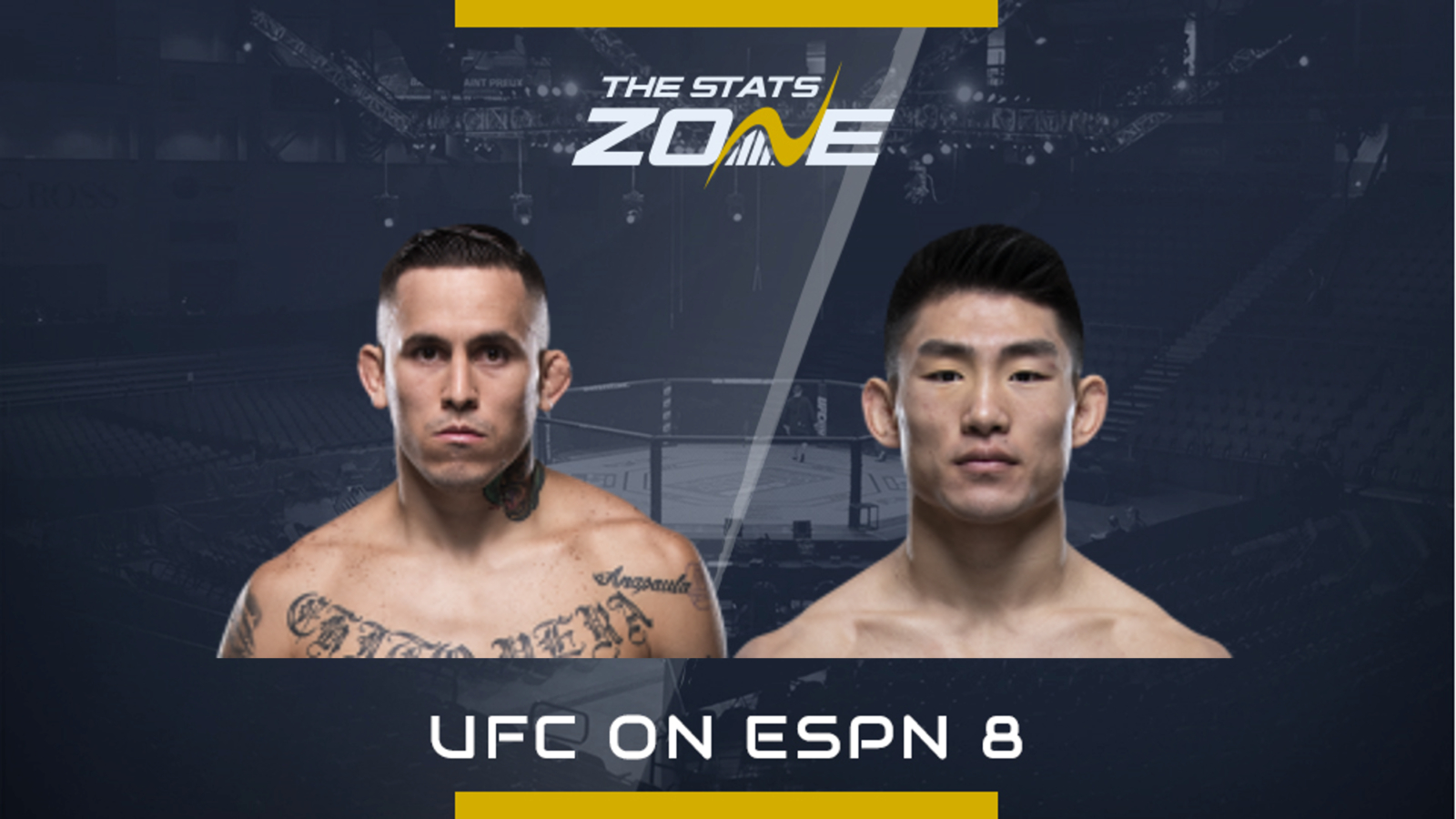 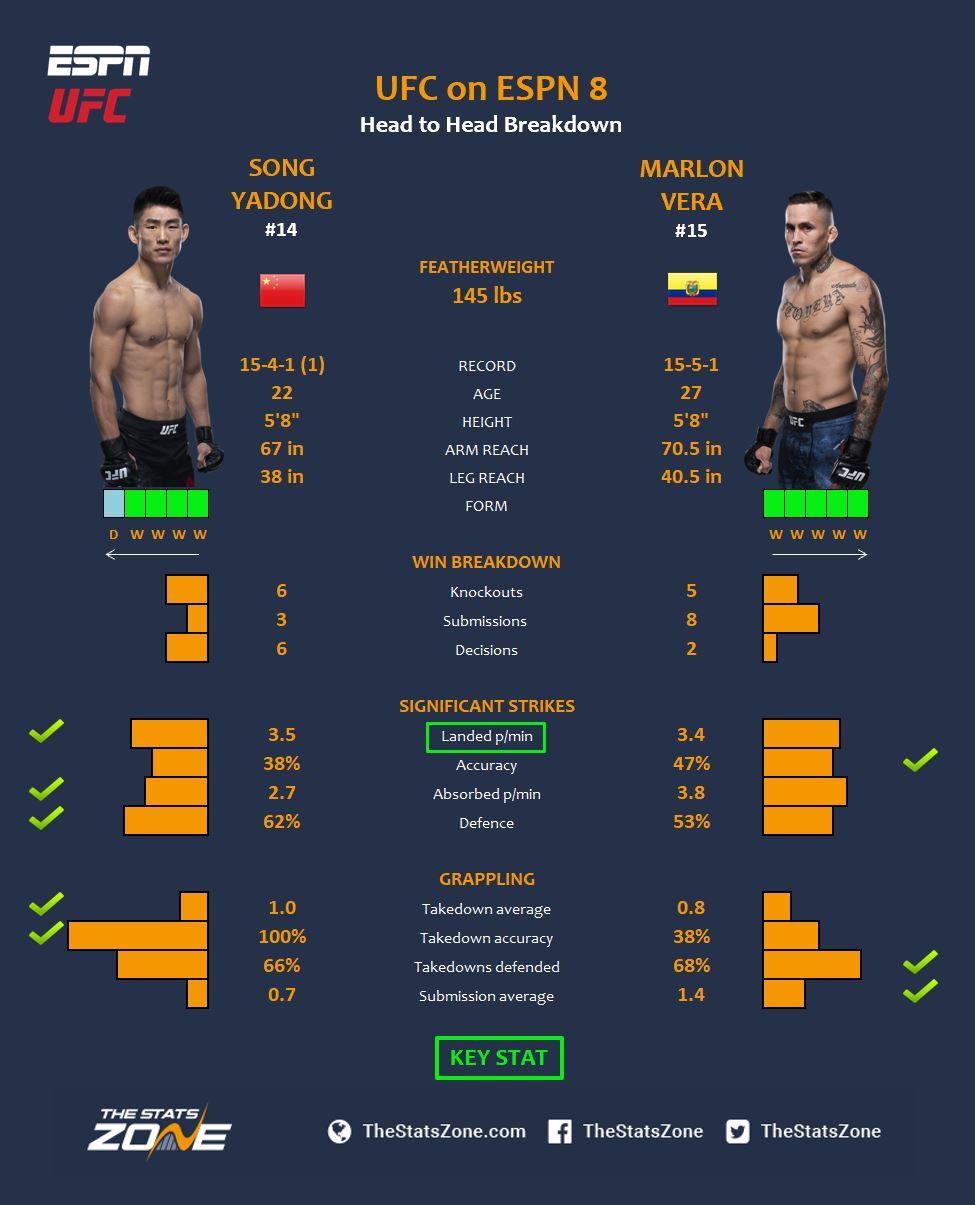 Two of the most exciting bantamweight talents try their hand up at featherweight for UFC on ESPN 8 as Song Yadong kicks off the main card with Marlon Vera.

Yadong is one of the most exciting prospects in the bantamweight division right now. Under the wing of Urijah Faber, he blazed onto the scene by winning his first four UFC fights with three finishes. After his biggest win and knockout over Alejandro Perez, he stumbled for the first time in eight bouts fighting to a draw with Cody Stamann where he was deducted a point for an illegal knee.

Vera is not a prospect anymore, but he is showing all the signs of competing for a title one day. He has won his last five, finishing all of them (three knockouts and two submissions) and is coming off a TKO win and ‘performance of the night’ against Andre Ewell.

This is a close fight to call as they have looked so good of late with few holes in their game. Yadong may have slightly more power in his hands and Vera is slicker on the floor but all of their skills may cancel each other out to create a compelling fight of the night contender.

Vera has been finishing people for fun but if there is an early finish you have to back Yadong with his power, but Vera will get stronger as the fight goes on.