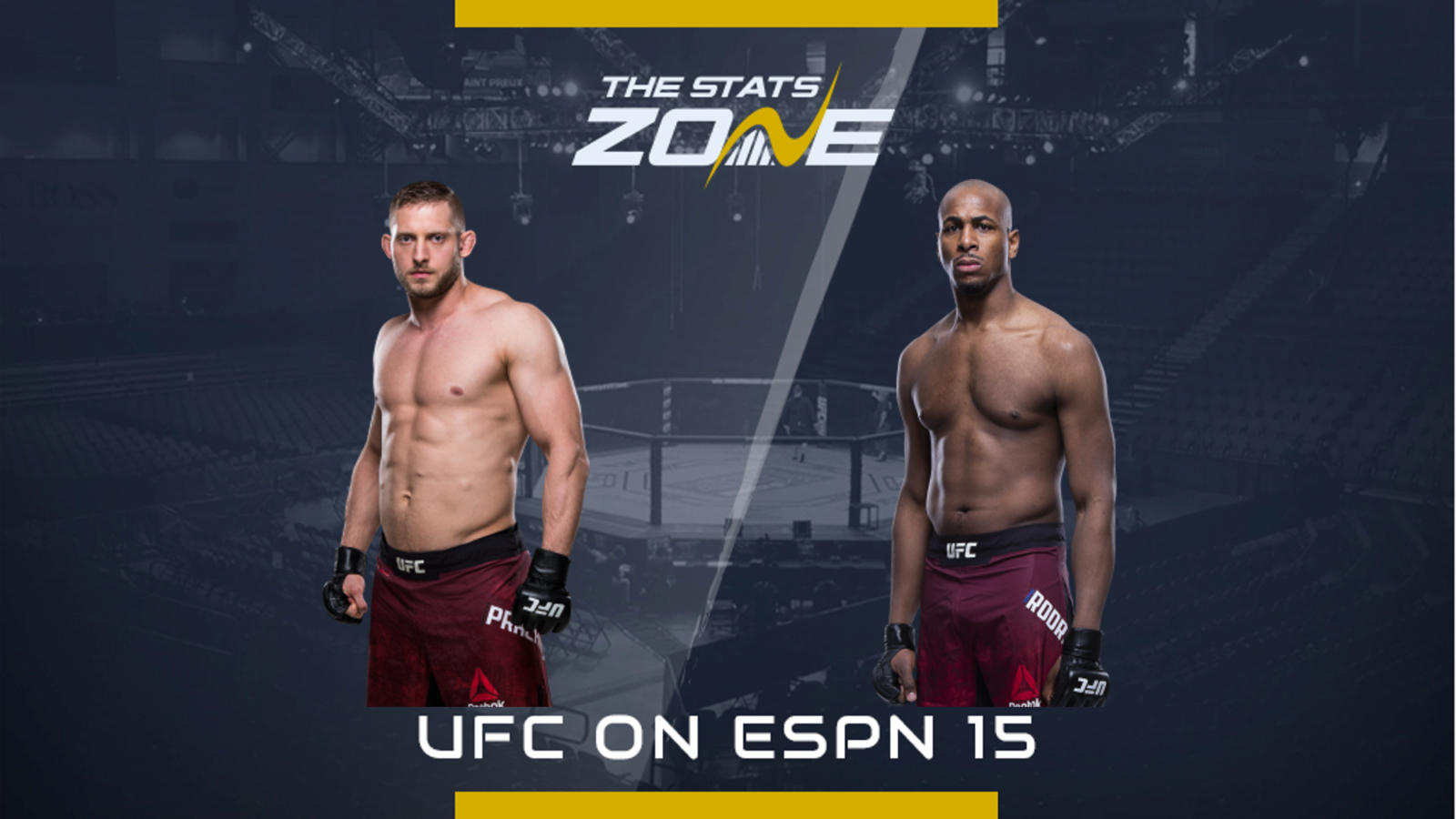 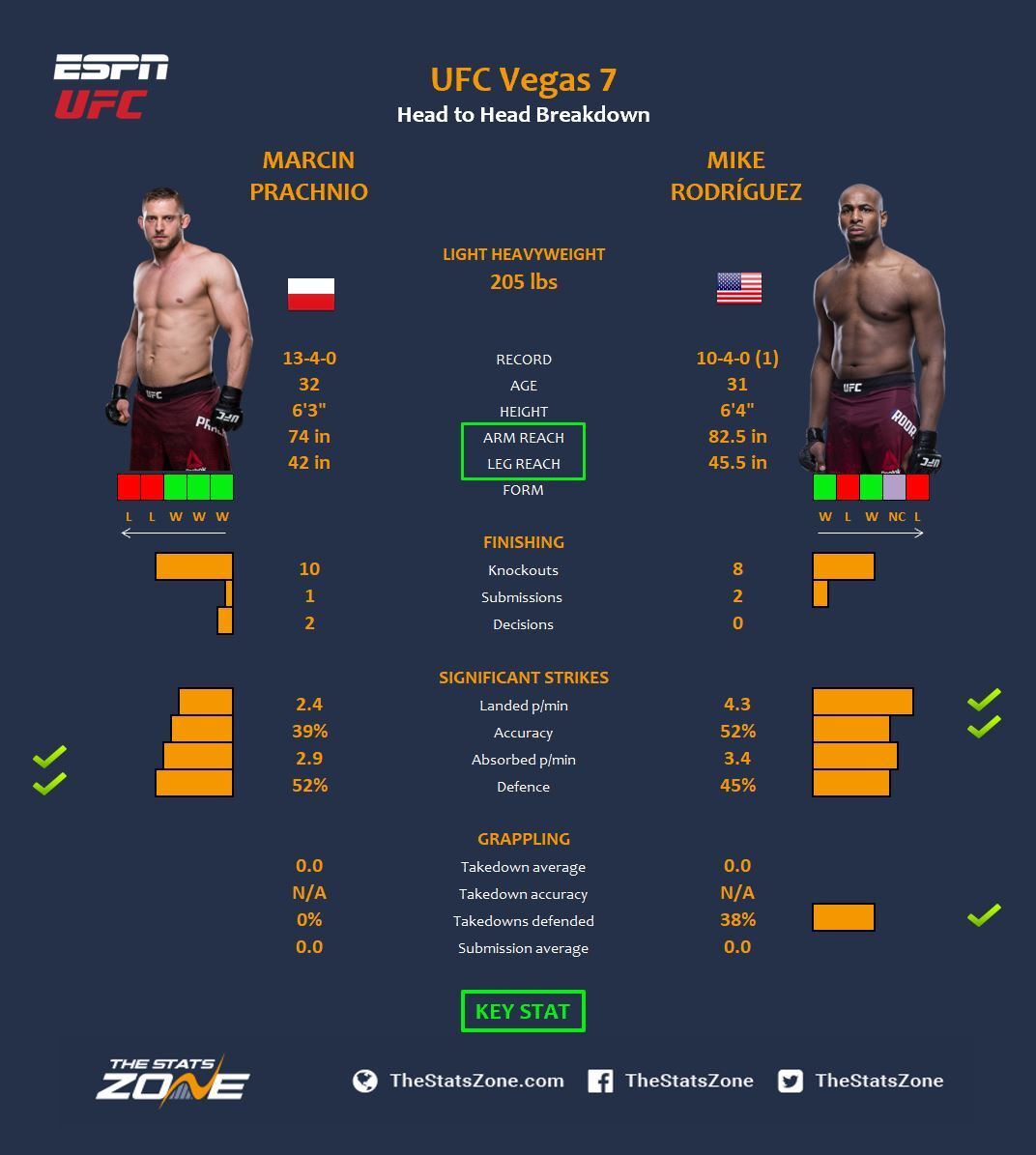 Desperate for his first UFC win, Prachnio is coming off two knockout losses. After a meaty eight-fight win streak including four wins under the One banner, Prachnio met Sam Alvey for his debut walking into the vets knuckles. As a reward he was then handed an even more dangerous striker in the form of Magomed Ankalaev who ruthlessly finished him with a punch and head kick.

Mike Rodriguez is also without a win in his last two. After a debut loss to Devin Clark, he bagged a win with a brilliant TKO of Adam Milstead. He then lost a decision to John Allan but it was overturned due to Allan failing a drugs test and now he is coming off his biggest setback after getting brutally knocked out by Da Un Jung back in December.

Both fighters are under a lot of pressure and there is little to choose between them. Prachnio has a tendency to be reckless and Rodriguez can easily frustrate him, keeping him at a distance. He not only has a significant arm and leg reach advantage, but he utilizes it well and is expected to open up with front kicks to keep Prachnio away and test him with jabs.

If Rodriguez can execute a game plan, he can control the exchanges and lure the Pole in for a counterattack finish, but he cannot slip up or Prachnio will walk away with a knockout of his own.