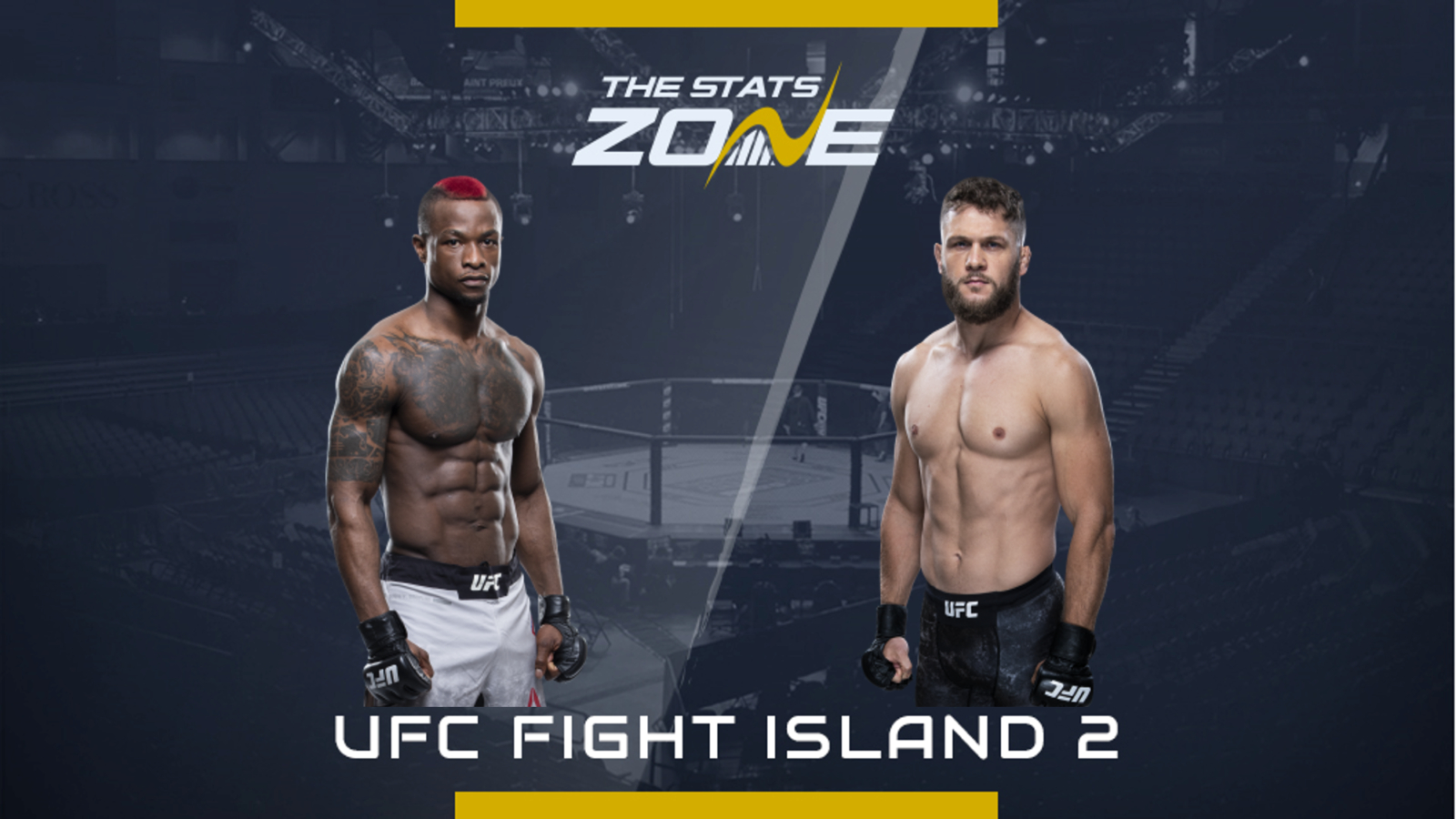 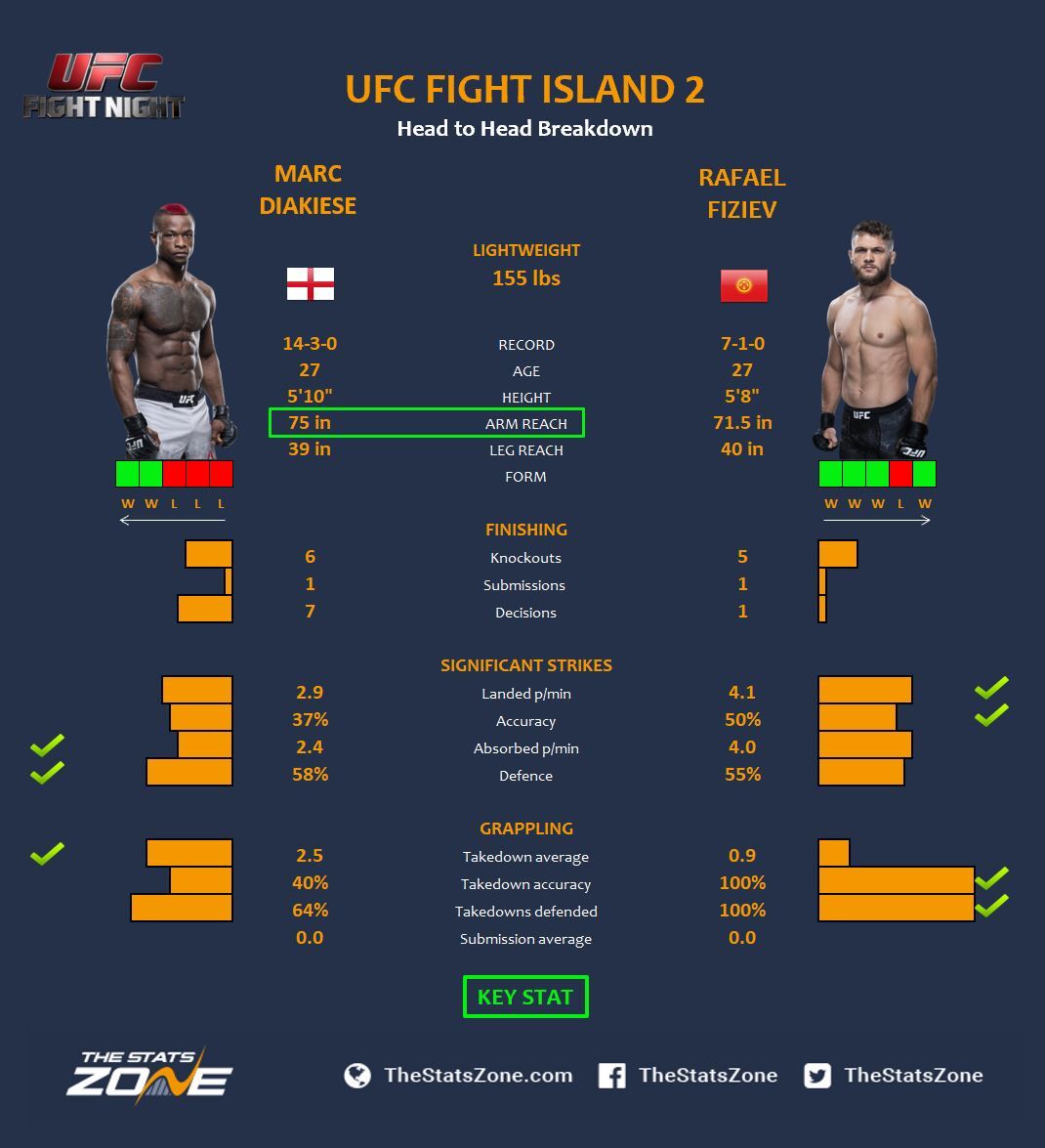 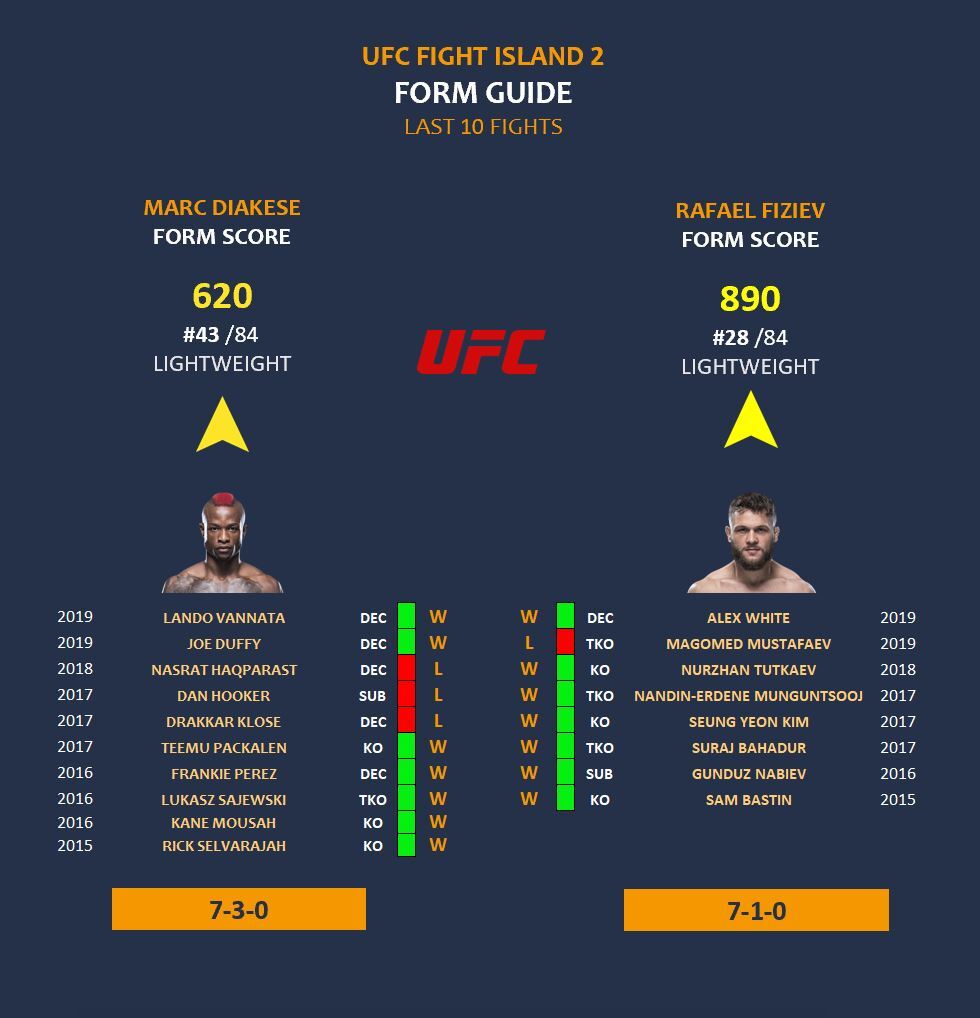 Marc Diakese is picking his form back up after heading back to his roots and training in the UK. After suffering all three of his losses in a row to Drakkar Klose, Dan Hooker and Nasrat Haqparast, ‘Bonecrusher’ has bounced back with decisions over Joe Duffy and Lando Vannata to head back up form table.

Rafael Fiziev suffered the first loss of his career on his UFC debut. He received a taste of his medicine with a spectacular knockout by Magomed Mustafaev but he also bounced back with a decision which was over Alex White back in October.

Fiziev feels in for Alan Patrick but his could easily be the ‘Fight of the Night’. They are not just aggressive, explosive strikers but they are thrilling to watch with every attack in the book.

Diakese’s experience will be crucial here. He has the nous and poise to avoid a gun fight but this is where he excels. They are both evenly-matched and a knockout is likely to fall either way but if Diakese can combine the skills he learnt at American Top Team with his show stopping kicks from a distance, we could see a vintage knockout.