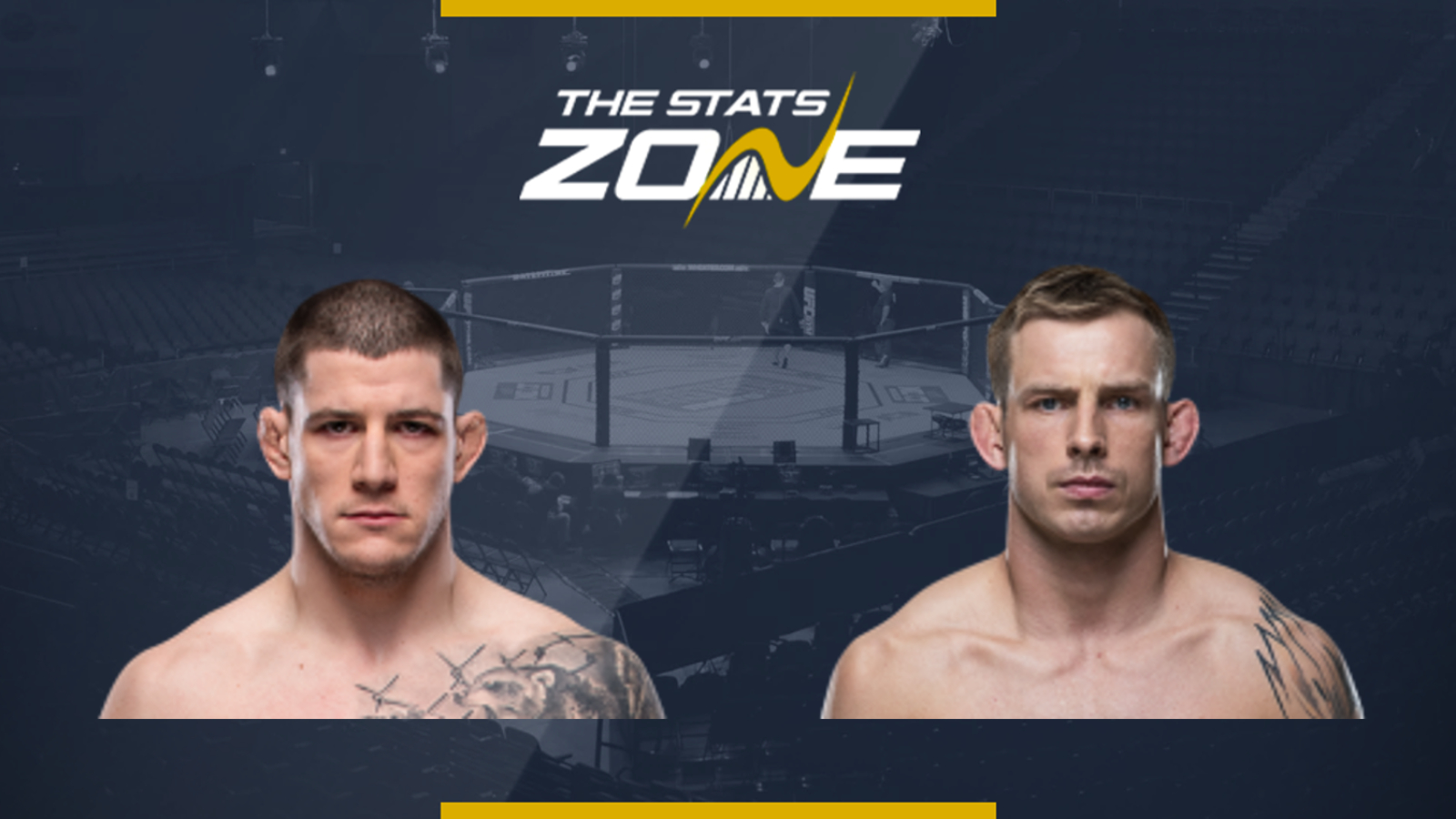 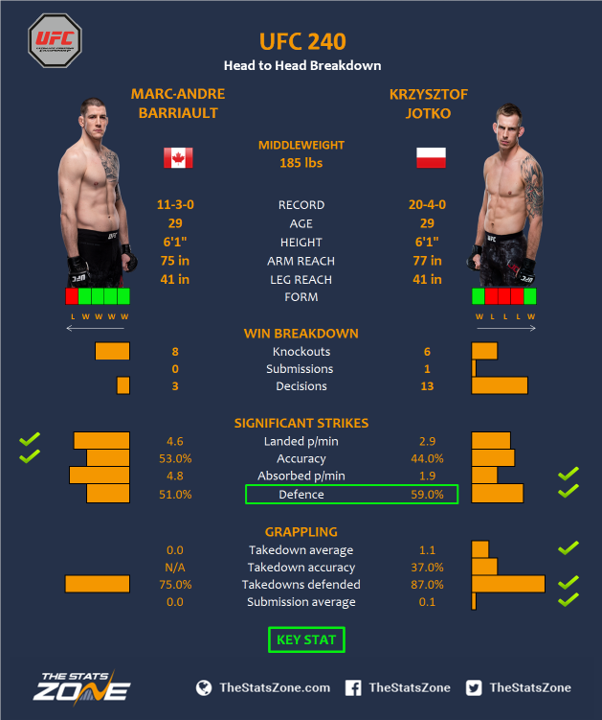 Marc-Andre Barriault makes his second UFC walk and it will be on home soil again as the Canadian looks to bounce back from a loss but he faces the experienced Krysztof Jotko who looks like regaining his old form.

Barriault was gutted to lose his UFC debut but it was an important lesson. He took on the talented grappler Andrew Sanchez who did well to subdue the powerful striker as he claimed a unanimous decision.

Jotko prevented a four-fight losing streak in his last fight as he won a unanimous decision of his own against Alen Amedovski. No one predicted Jotko would go on a three-fight skid as he only had one loss to his name going into those fights as he lost to David Branch, Uriah Hall and Brad Tavares.

This is a very tough fight to call especially as we did not see Barriault at his best in his UFC debut. He is a monster on the feet with knockout power and needs to fight his natural way against Jotko.

Jotko does not have the power of the Canadian but he is also an exceptional striker and his experience will be a huge factor. Jotko will fancy himself in the striking exchanges but cannot afford to make any mistakes so if his defence is on point he will earn a much-needed win.