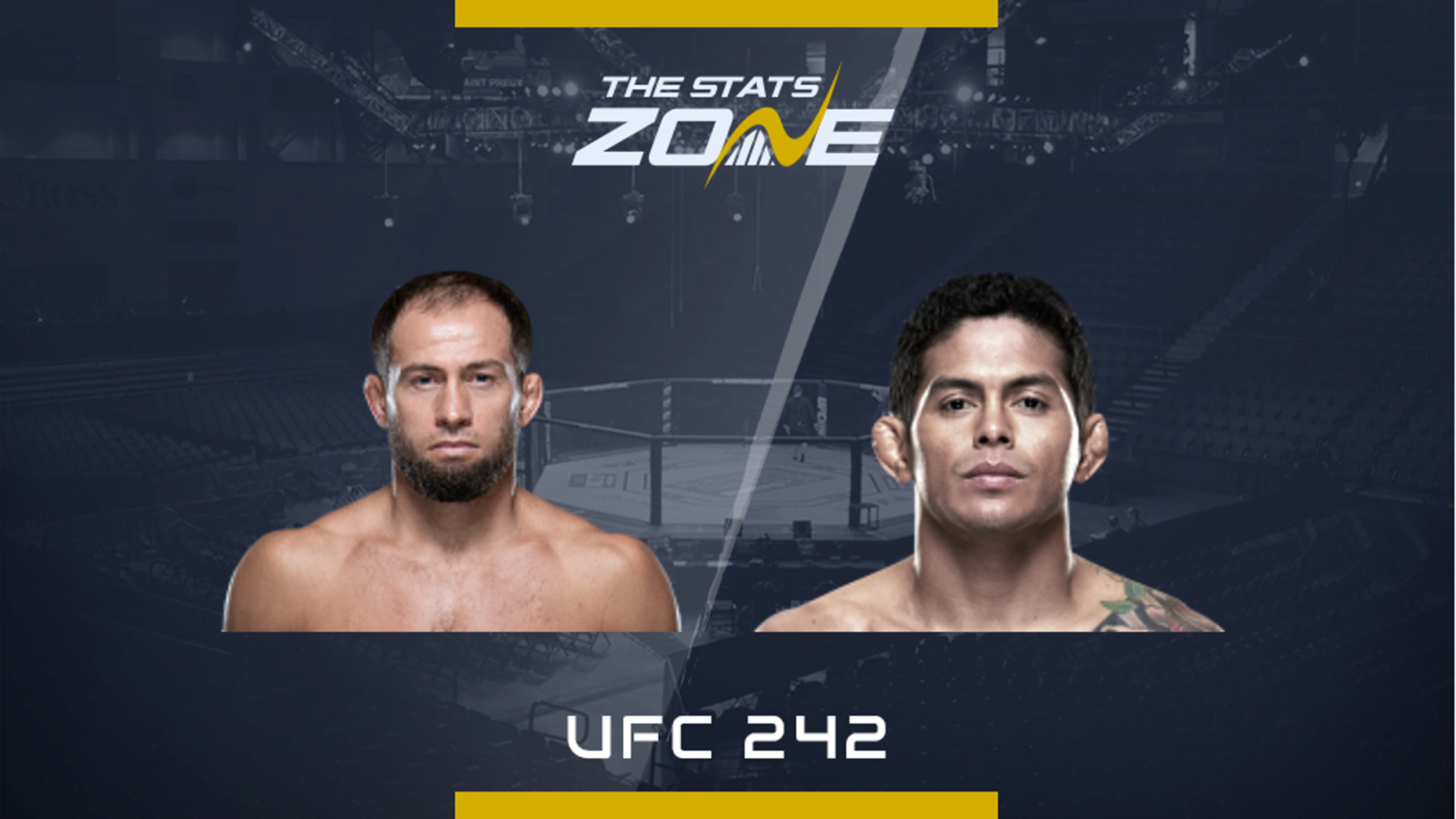 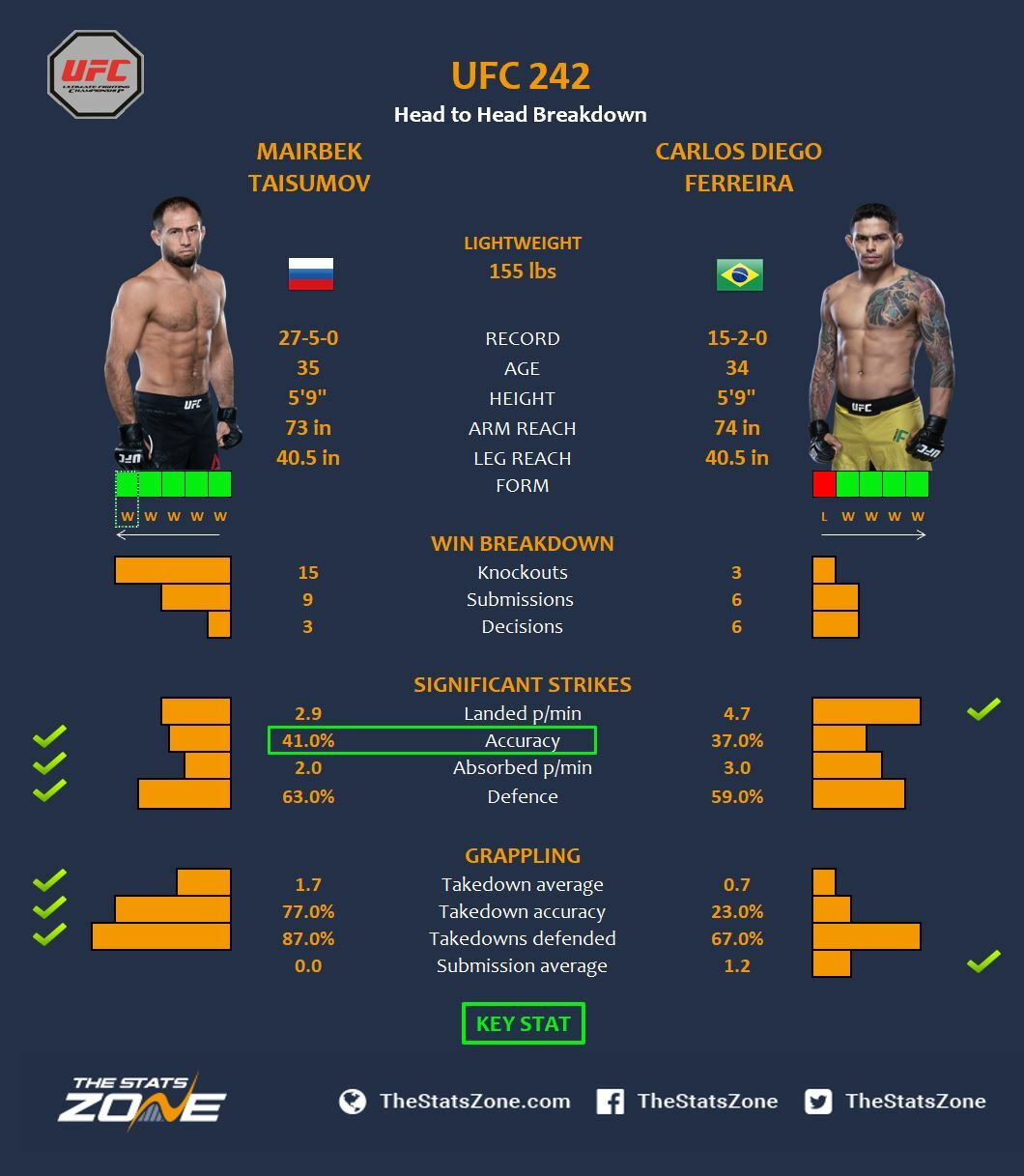 The main card kicks off with two lightweights in red hot form. Mairbek Taisumov on a six-fight win streak takes on Carlos Diego Ferreira who has won his last four.

Taisumov will benefit from the Russian support in Abu Dhabi but has not needed any help in taking one UFC scalp after another. He knocked out five opponents in a row including Damir Hadzovic and Felipe Silva and is coming off a unanimous decision over Desmond Green.

Carlos Diego Ferreira is fit and healthy after pulling out of his fight with Francisco Trinaldo at UFC 237 back in May. After two losses in a row, Ferreira has re-surged with four impressive wins on the bounce. He earned a unanimous decision over Oliver Aubin-Mercier before knocking out Jared Gordon and Kyle Nelson. Then, in his last outing he earned another unanimous decision over Rustam Khabilov, handing him his first loss in seven fights.

Taisumov is a monster on the feet and Ferreira is a beast on the mat as a third degree black belt in Brazilian jiu-jitsu but they are exceptional everywhere.

Considering how dangerous they are in the respective areas Taisumov will be wise to keep the fight on the feet and Ferreira is confident enough to stand and trade with him which could be costly considering the Russian’s power.

If Ferreira can get his hands on Taisumov he can take the fight away from him, constantly threatening a submission. However, his confidence in his hands could be his undoing as the Russian’s power is for real.