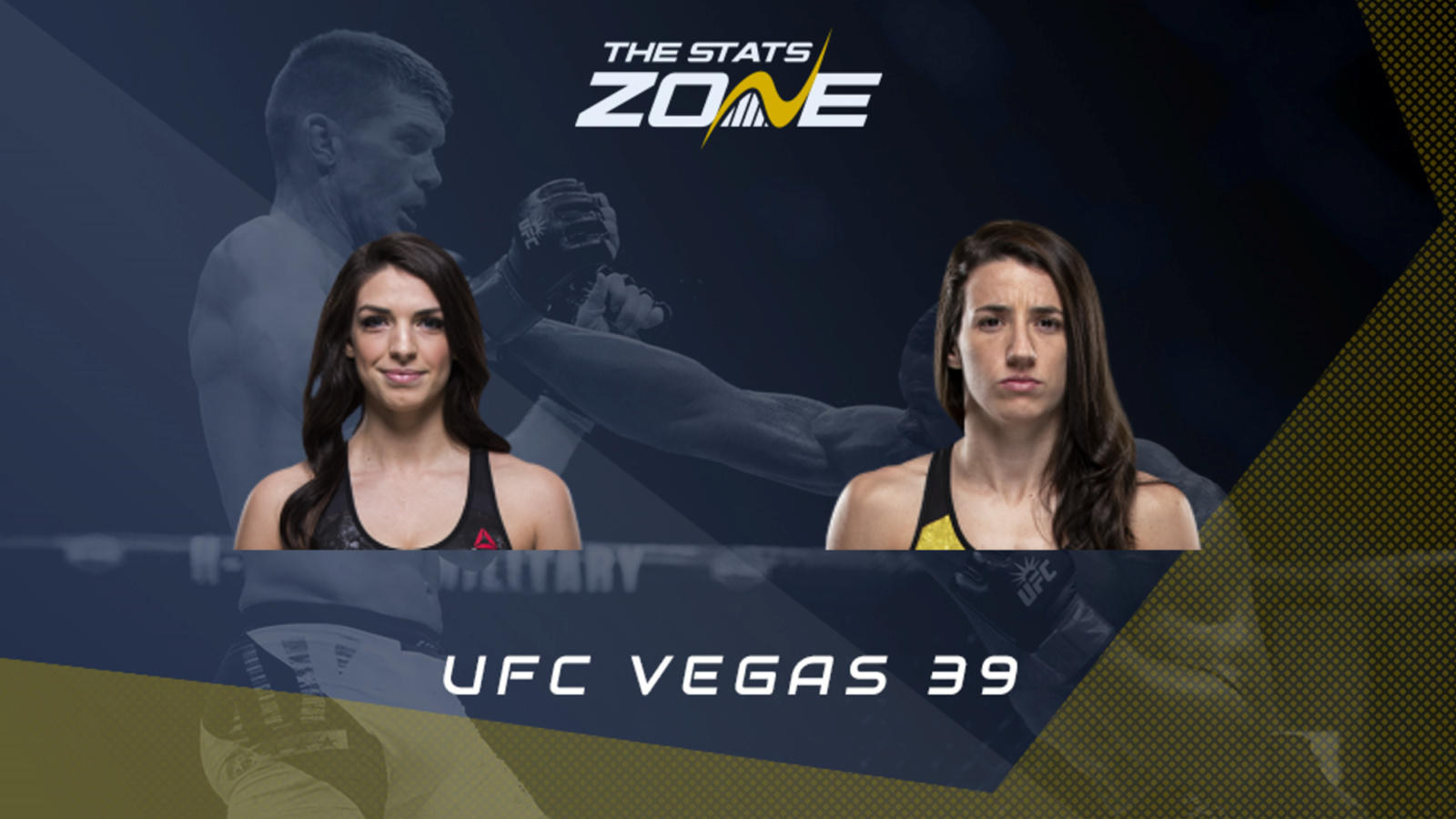 After getting humbled by Amanda Ribas two years ago, Mackenzie Dern (11-1) has resumed picking off strawweights. She submitted Hannah Cifers and Randa Markos before meeting Virna Jandiroba who represented her closest match in a jiu-jitsu sense and managed to earn a hard-fought unanimous decision. She then fought Nina Nunes back in April and collected her fourth ‘performance of the night’ bonus and seventh submission in MMA.

Marina Rodriguez (14-1-2) is also back on track after suffering the first loss of her career. That was Carla Esparza in July last year who represented her toughest stylistic matchup – an out an out wrestler. She inevitably got taken down, five times in fact, but still took the former champion to a split decision. She bounced back by TKOing Ribas and is coming off a unanimous decision win over Michelle Waterson.

This is an old-fashioned striker vs grappler match-up. Rodriguez is one of the best strikers in the division and Dern has the best jiu-jitsu out of any women in MMA. So, the key area will be Dern’s wrestling. Rodriguez has very average takedown defence and if Dern gets her opponents to the floor, it is usually only a matter of time before she wraps up a submission.

So, the question will be whether Rodriguez can create enough space and avoid the takedown long enough to catch Dern on the feet. The striking and grappling are complete mismatches, but as we saw in Rodriguez’s fight with Esparza, she landed enough damage on the feet to sway one of the judges.

However, the difference here is that Esparza does not offer much on the ground besides control time whereas Dern rabidly hunts a submission, and her technique is virtually unmatched. Rodriguez needs to burst out the gate and hunt an early knockout as Dern only needs one takedown to find a finish.

Rodriguez will also need to strike from range. She is comfortable and dangerous in the clinch but the closer she gets to Dern, the easier it will be for her to take her down and that is what we expect to happen.