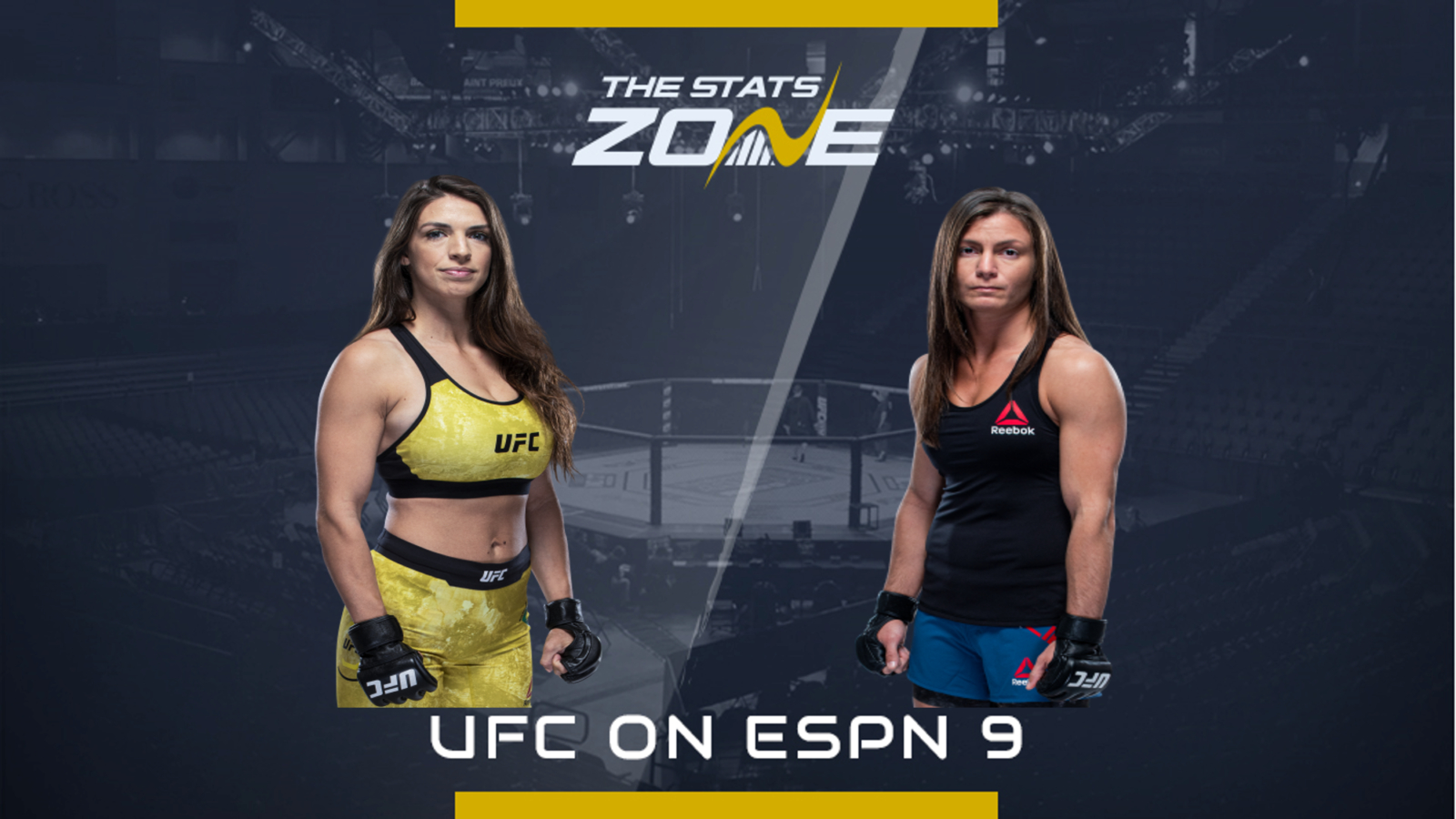 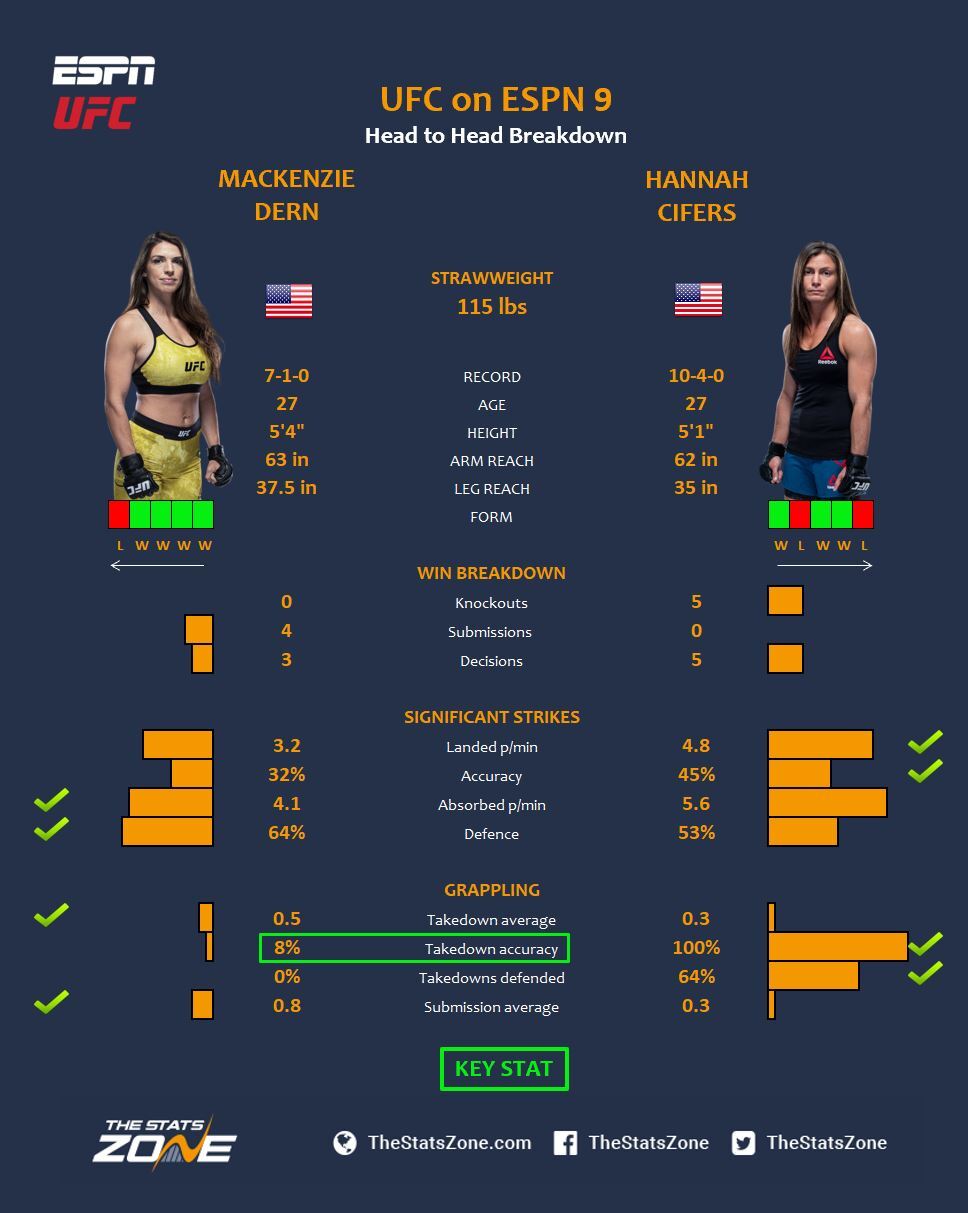 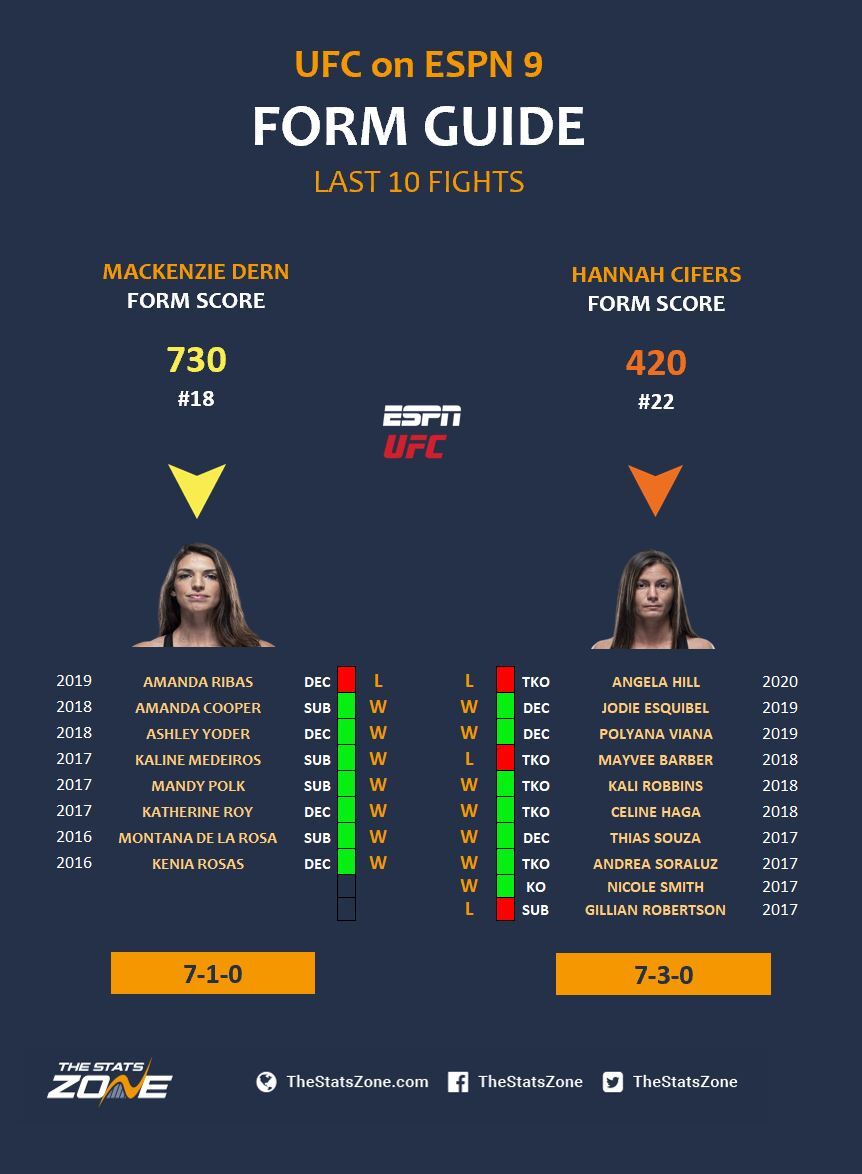 The main card for UFC on ESPN 9 kicks off in style as Mackenzie Dern and Hannah Cifers square-off at the UFC APEX facility.

Dern is back in action after her first MMA loss. Dern is one of the most accomplished female Brazilian jiu-jitsu practitioners and continued her success into MMA with her only struggles being the weight cut down to 115 lbs. That was until she met Amanda Ribas who put on a clinic in taking her down at will and picking her apart on the feet.

Cifers is a little warrior and had four extremely tough assignments in the UFC. She received a baptism of fire on her debut as she was dominated by the bigger Maycee Barer but responded with two fantastic decision wins over Polyana Viana and Jodie Esquibel. However, she is coming off another TKO loss which was to UFC vet Angela Hill back in January.

It takes a lot to put Cifers away but when it comes to Dern’s ground skills it can only take a matter of seconds. So, Cifers will try and keep the fight standing and offload her power to piece Dern up.

This will all come down to Dern’s takedown accuracy. She will have the weight advantage over Cifers and if the fight goes to the ground, Cifers will be in serious trouble and Dern only needs one mistake to set up a quick finish.