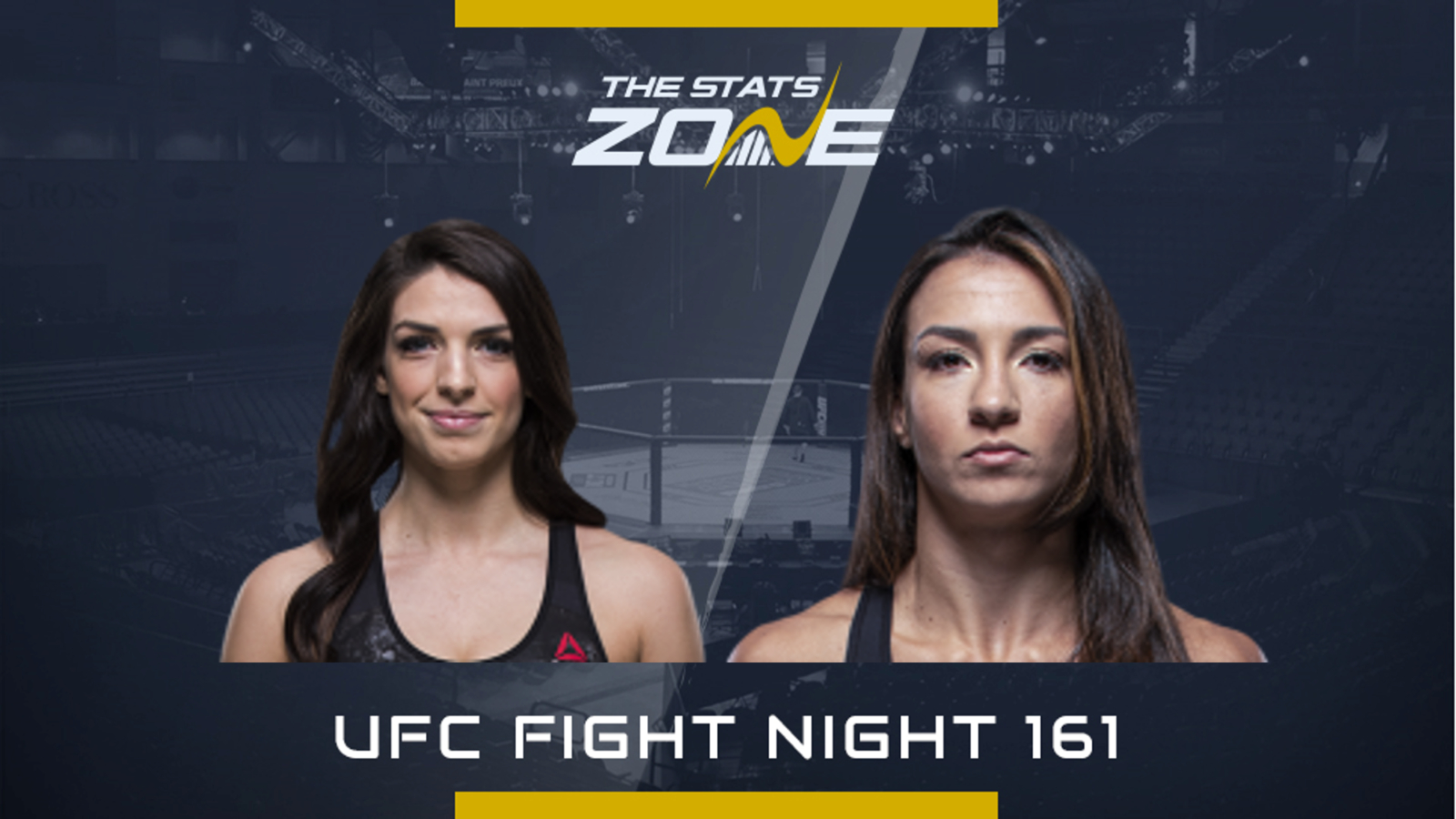 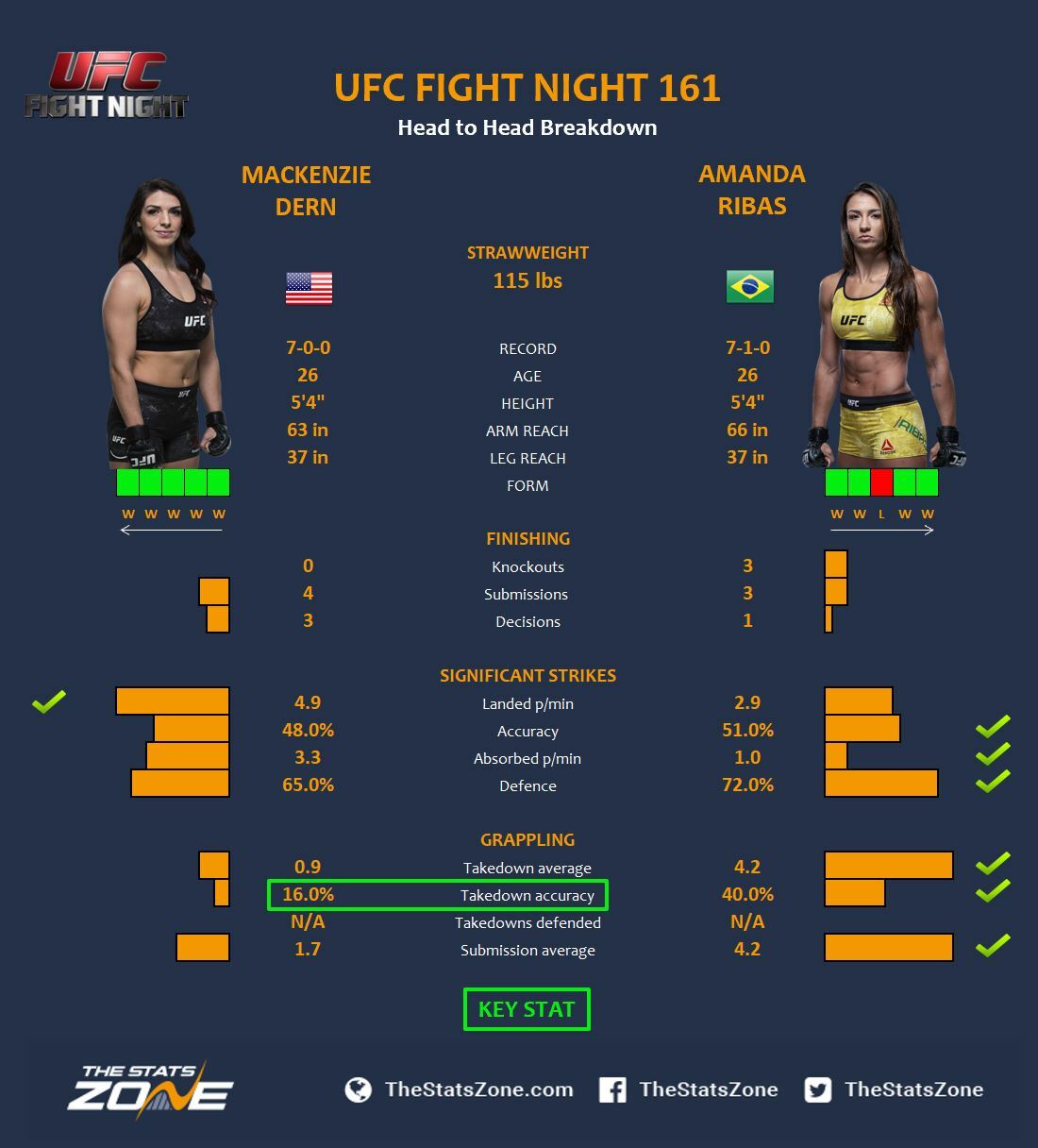 The most accomplished female jiu-jitsu practitioner in the UFC makes her anticipated return after giving birth to her daughter and hopes to pick up where she left off to extend her perfect record, but Amanda Ribas has other ideas.

Dern has a warehouse full of jiu-jitsu medals and has continued her success in MMA. She is 7-0 with four submissions and won both of her UFC fights. She edged out Ashley Yoder on her debut and is coming off her best performance to date against Amanda Cooper, whom she knocked down with a big overhand right and finished with a rear-naked choke although the victory was clouded by missing weight by eight pounds.

The only blip on Ribas’ record is a TKO courtesy of Polyana Viana. However, that was four years ago and although she has only fought twice since, she has come on leaps and bounds. She has not been as active as she would like after failing a drugs test due to consuming a contaminated substance but thankfully she has been cleared and now we will be able to see more of her in the octagon.

Ribas is a top talent and has proven her grappling skills. However, they do not compare to Dern’s and if the fight goes to the floor a submission is inevitable. Ribas will have to come out the gate fast and aggressive and keep moving to offload on the feet.

As we saw with Dern’s last fight, Ribas cannot afford to underestimate her striking but more importantly, if she cannot defend the takedown she will be looking at her second career loss.