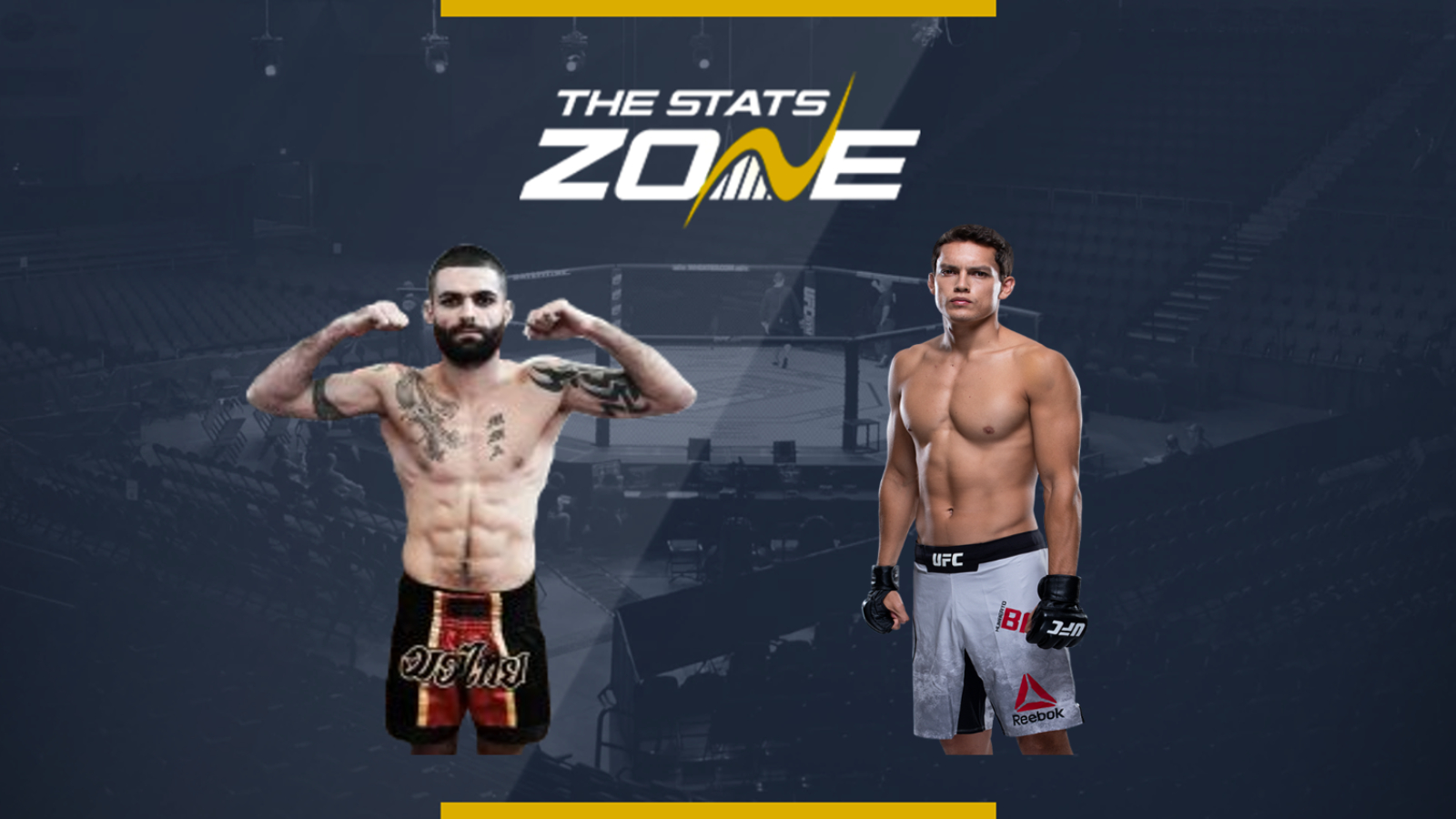 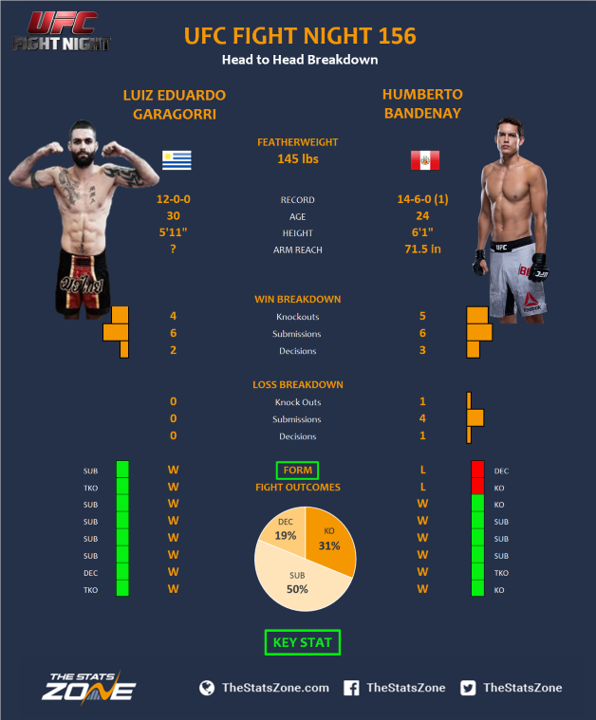 The loudest cheers on the night will be reserved for Uruguay’s Luiz Eduardo Garagorri who makes his UFC debut against the second Peruvian on the main card, Humberto Bandenay.

Garragorri finally gets his shot in the big leagues, sitting pretty on an unbeaten record with 12 wins, but the true litmus test of a fighter is fighting UFC competition and he has the perfect stage of the first UFC event on Uruguayan soil.

Bandenay makes the trip from Peru to spoil the show. He got his shot in the UFC after an impressive five-fight winning streak and won his debut with a spectacular knee to put Martin Bravo to sleep. However, he has lost his last two – a slam knockout to Gabriel Benitez and a decision to Austin Arnett.

Garragorri is an aggressive striker and will be filled with adrenaline so expect him to come out the gate fast looking to land but he will have to be cautious as Bandenay is an excellent counter-striker.

Garragorri is also a solid grappler but the Peruvian is also very slick on the ground so he is likely to try and keep the fight standing and we may even see his spinning back kick. Garragorri will be spurred on to throw everything but Bandenay will throw it all back which may create a brawl, with either man susceptible to waking up to a flashlight. This should be a ferocious encounter with Garragorri’s power giving him the edge.