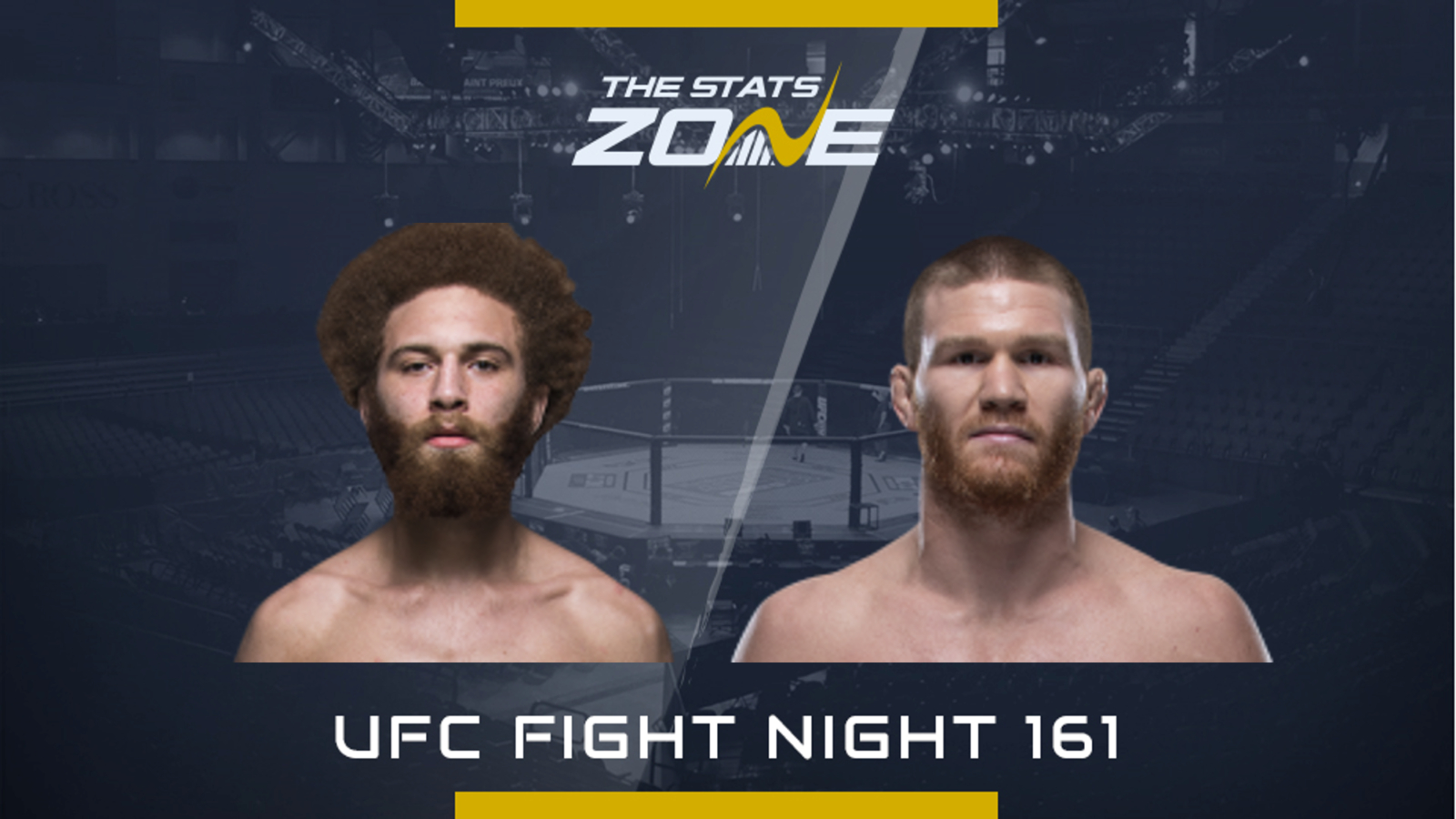 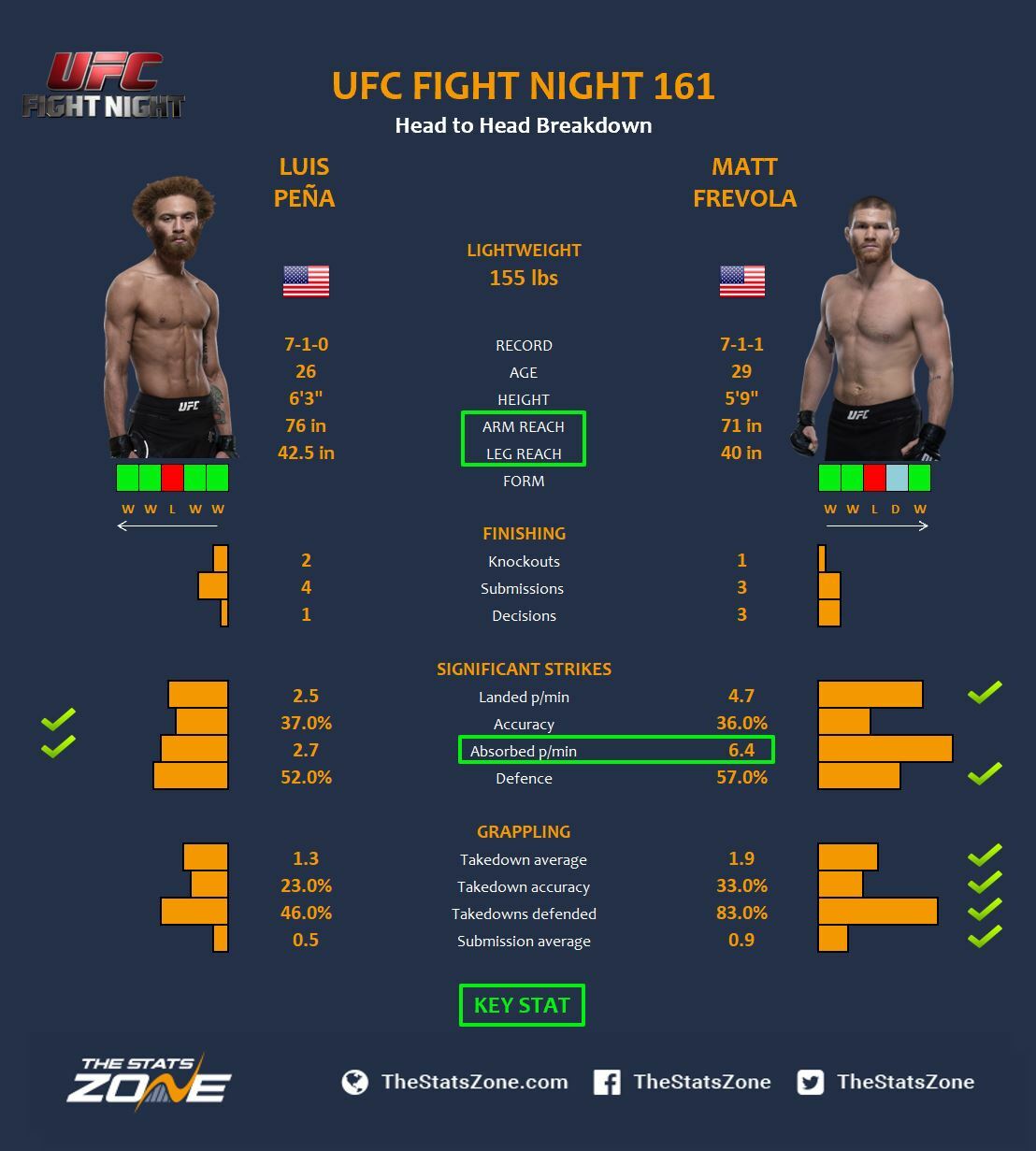 Thankfully Pena stays at lightweight after his unsuccessful experiment of cutting to 145 lbs which was not too surprising standing at 6’3”. Despite missing weight, he won that fight with a unanimous decision over Steven Peterson to bounce back from his tight loss to Mike Trizano and he is coming off a brilliant performance, finishing UFC veteran Matt Wiman in the third round.

Frevola earned his UFC spot on the roster with a submission over Jose Flores on Dana White’s Contender Series but had his perfect record crushed by Polo Reyes with a third-round knockout. He then battled Lando Vannata to a draw but got back to winning ways with a unanimous decision over Jalin Turner.

Frevola has to look for the takedowns like he did against Turner to try and take the fight away from Pena. Pena has a huge height and reach advantage and uses it masterfully. He maintains the distance by striking at the end of his range with kicks and combinations and we fully expect him to successfully implement this game plan.

He should be able to keep the fight standing and break Frevola down to win three rounds however, considering the amount of strikes Frevola absorbs a late knockout is also likely.