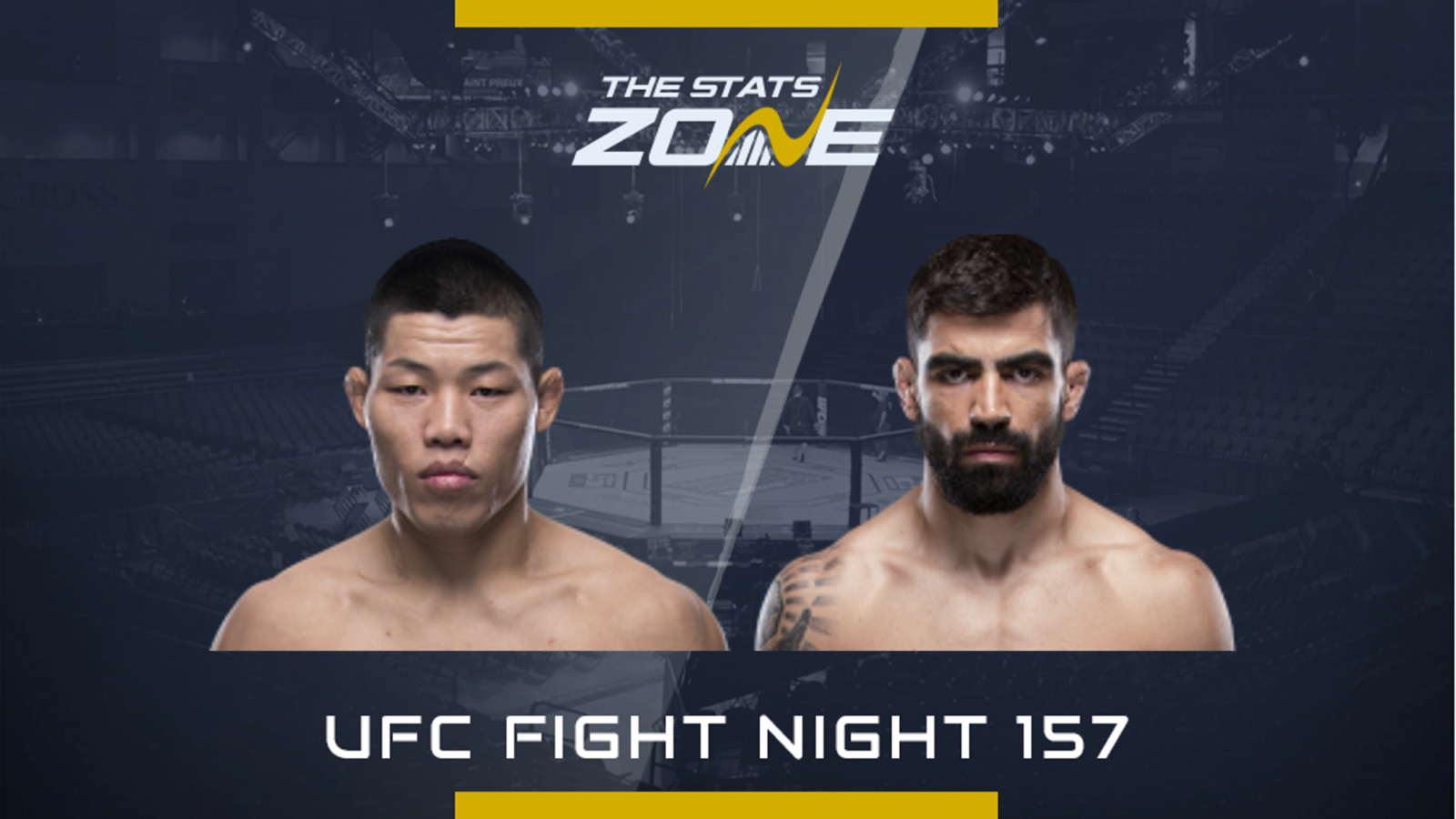 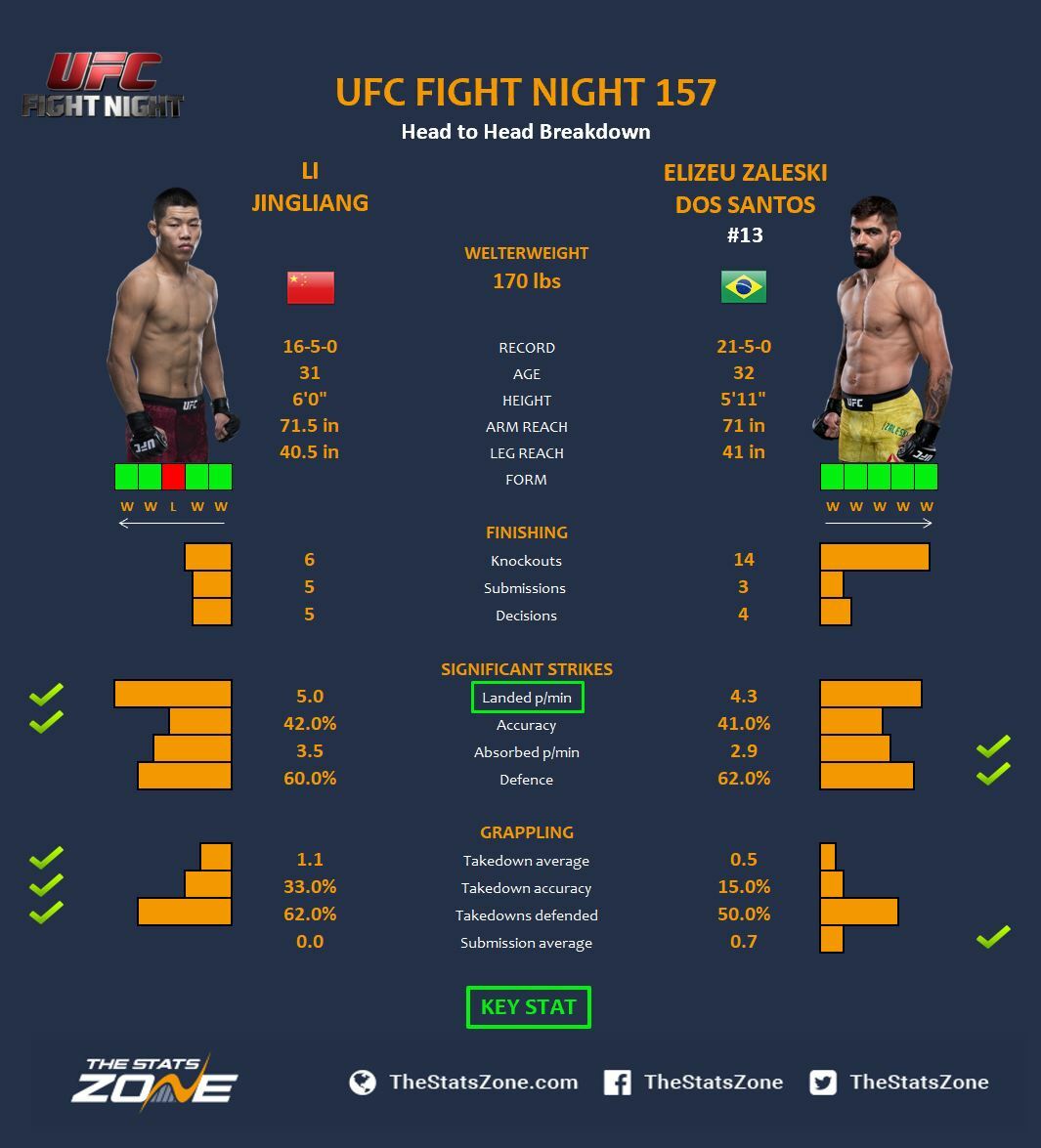 The electrifying Elizeu Zaleski dos Santos makes the trip to Li Jingliang’s native China hoping to extend his seven-fight winning streak but ’The Leech’ has other ideas as he looks to continue his violent quest up the welterweight division.

It is surprising Zaleski dos Santos is not a bigger name. He has only lost once in his last 12 fights which was a close split decision against Nicolas Dalby and he is one of the most exciting fighters on the roster. He translates his Capoeira training into his fights spectacularly and successfully as we saw when he finished Sean Strickland with a spinning wheel kick and Luigi Vendramini with a flying knee. He is also a terrific grappler coming off a submission over Curtis Millender.

After Jake Matthews snapped a four-fight winning streak with a unanimous decision, Jingliang has looked back to his best. He earned a dominant decision over Daichi Abe and finished David Zawada with a fierce side kick to the liver in his last outing.

This is likely to be a war and although they can both grapple, they are likely to keep the fight standing to pursue a knockout. Jingliang is very aggressive and likes to force the pressure but this plays into Zaleski dos Santos’ hands who can counter from anywhere.

Jingliang, needs to approach this with a solid game plan of mixing in strikes with takedowns to stifle the Brazilian’s rhythm. However, his tendency to brawl is likely to land him in trouble as the Brazilian has more strings to his bow. Three rounds suits Zaleski dos Santos but Jingliang’s durability should keep him in the fight until the bell.