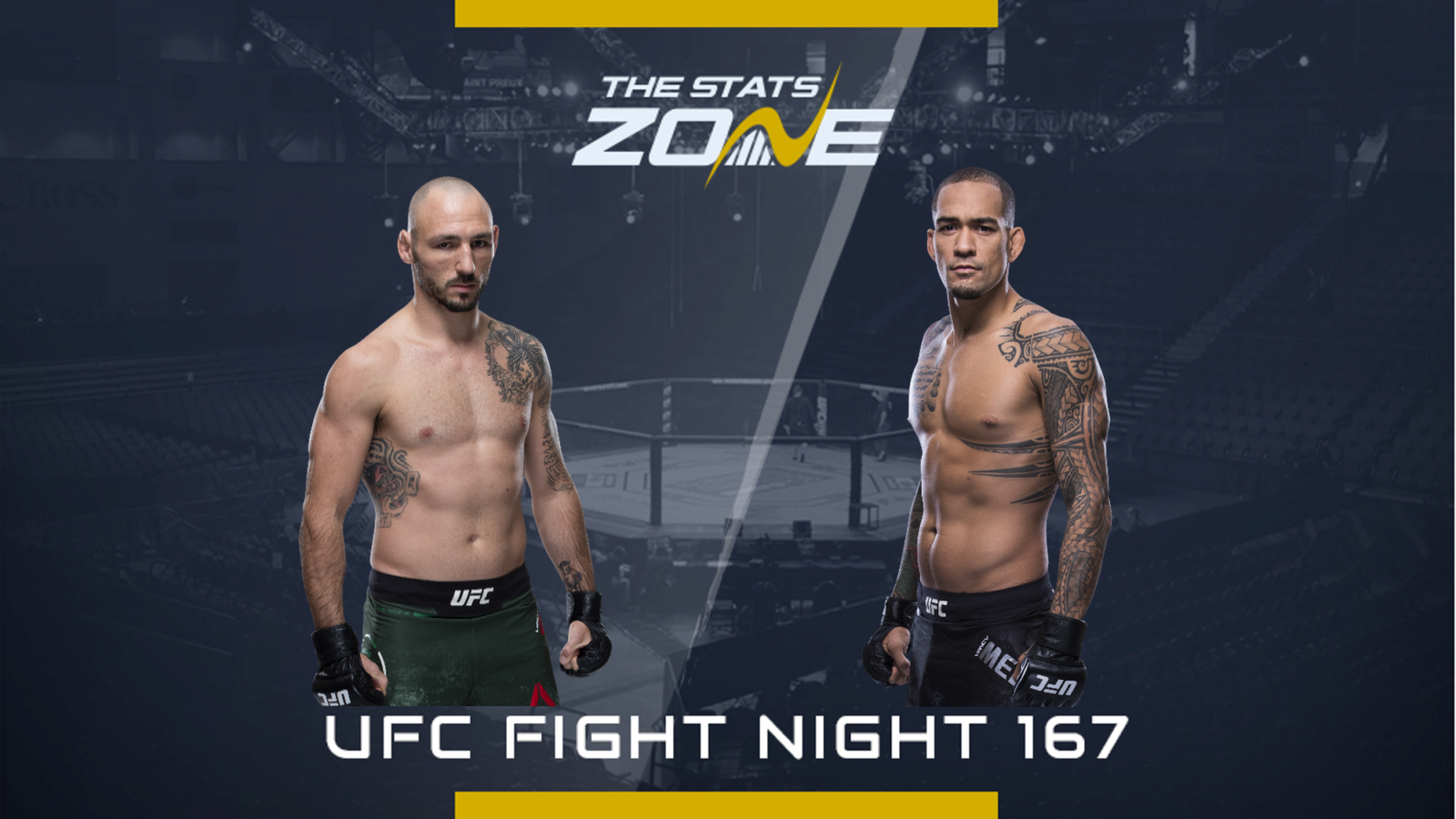 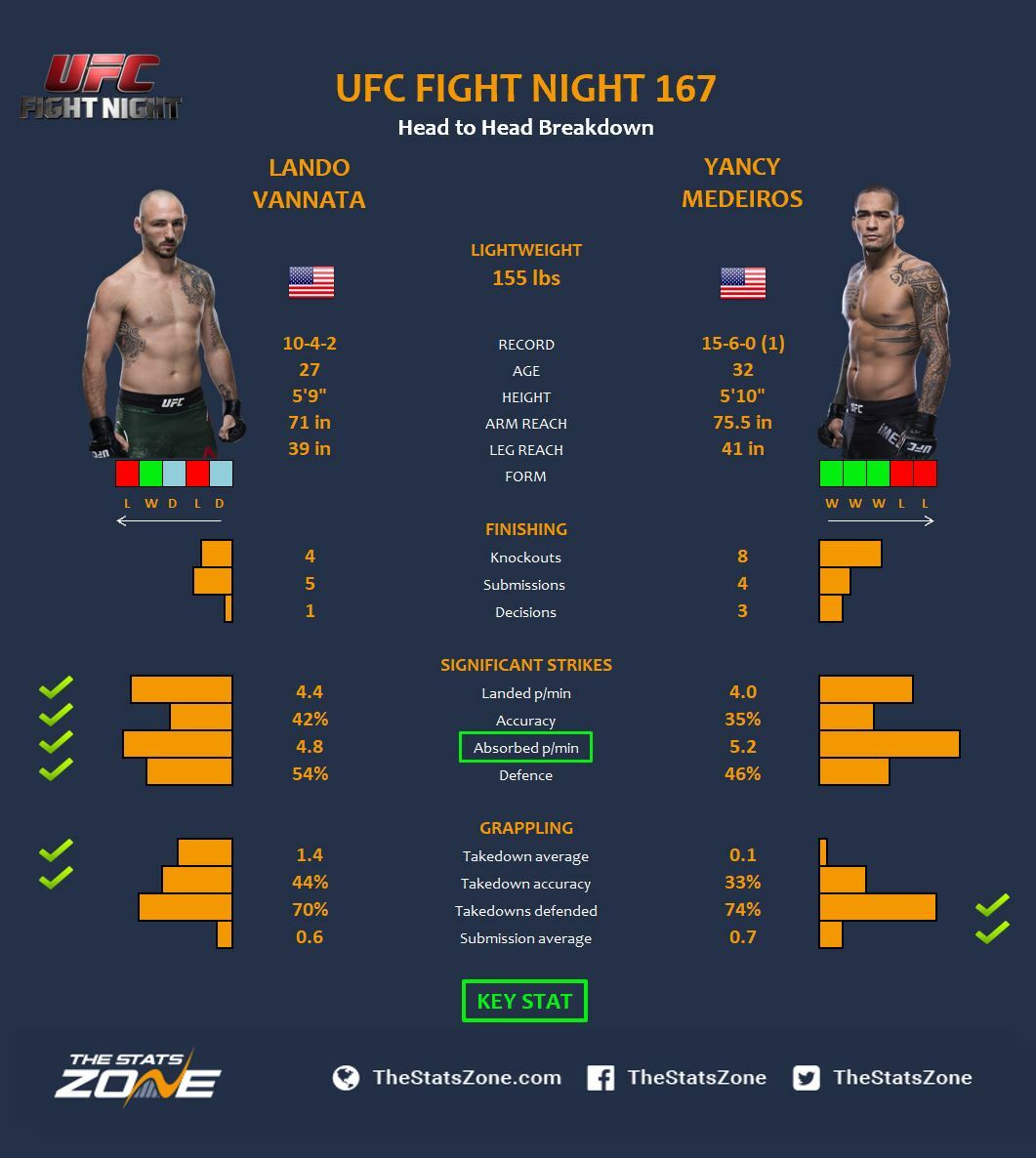 The main card for UFC Fight Night 167 kicks off with one of the most exciting fights on the card – Lando Vannata vs Yancy Medeiros.

Although Vannata has an unflattering UFC record of 2-4-2, he has consistently put on a show with two ‘fight of the night’ bonuses and one ‘performance on the night’ bonus which was a majestic wheel kick knockout over John Makdessi. He fought twice last year - cinching a brilliant kimura on Marcos Rosa Mariano - but he is coming off a unanimous decision loss to Marc Diakiese.

We haven’t seen UFC veteran Medeiros for over a year and not since December 2017 have we seen him win. That was a TKO over Alex Oliveira which was his third finish in a row, but he got a taste of his own medicine against Donald Cerrone and then got dismantled and finished by Gregor Gillespie.

These guys rarely fail to put on a spectacle and we should not expect anything different in this one. It should be a thrilling stand-up battle and just by looking at the amount of strikes they absorb, this will be violent.

With the skill they possess on the feet and on the ground, if damage forces it there, a finish for either man can happen but despite the long lay-off Medeiros is expected to come out on top with his size and reach advantage making the difference in the exchanges. It would not be a surprise to see Vannata’s toughness just force a decision, though.