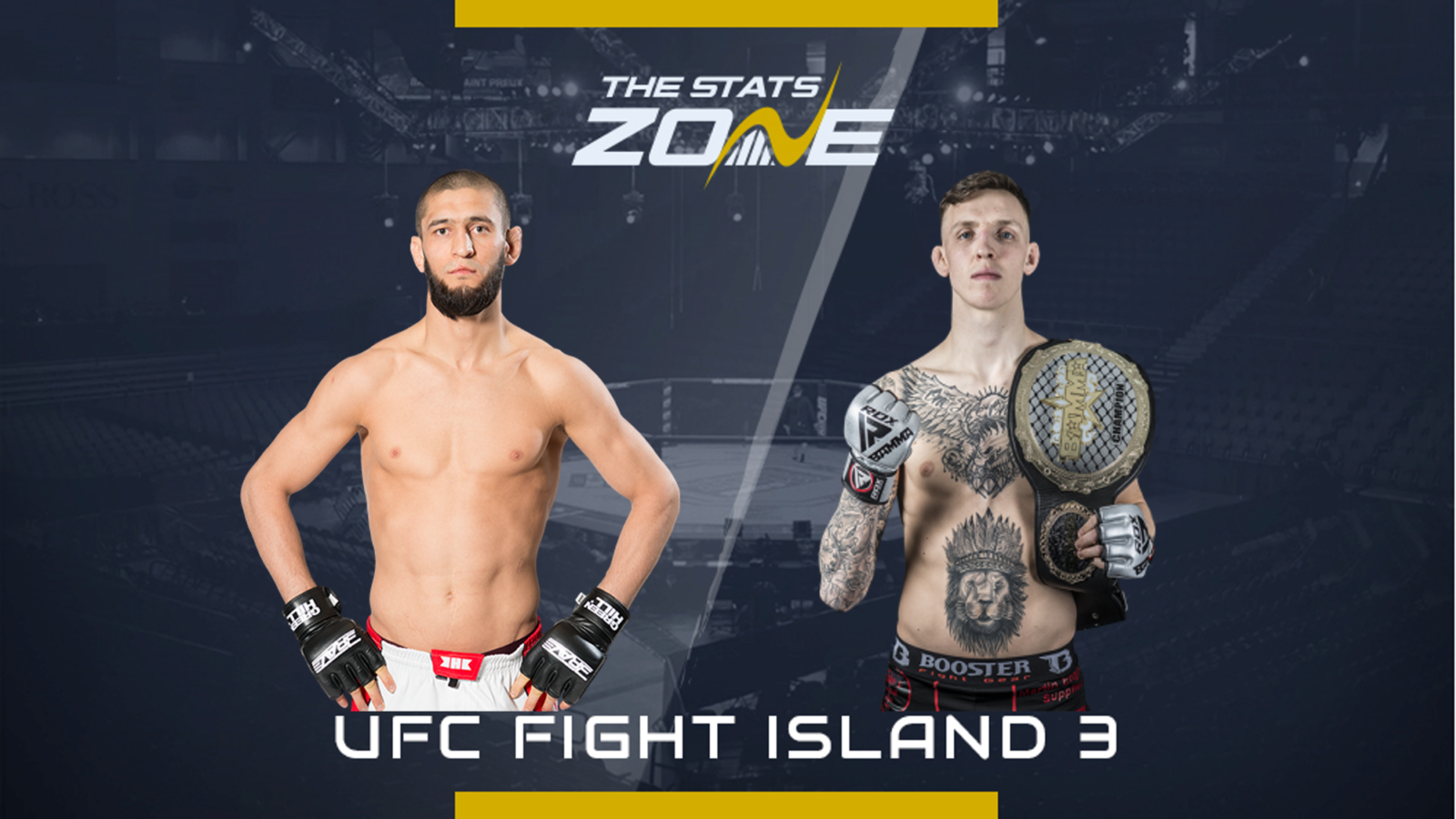 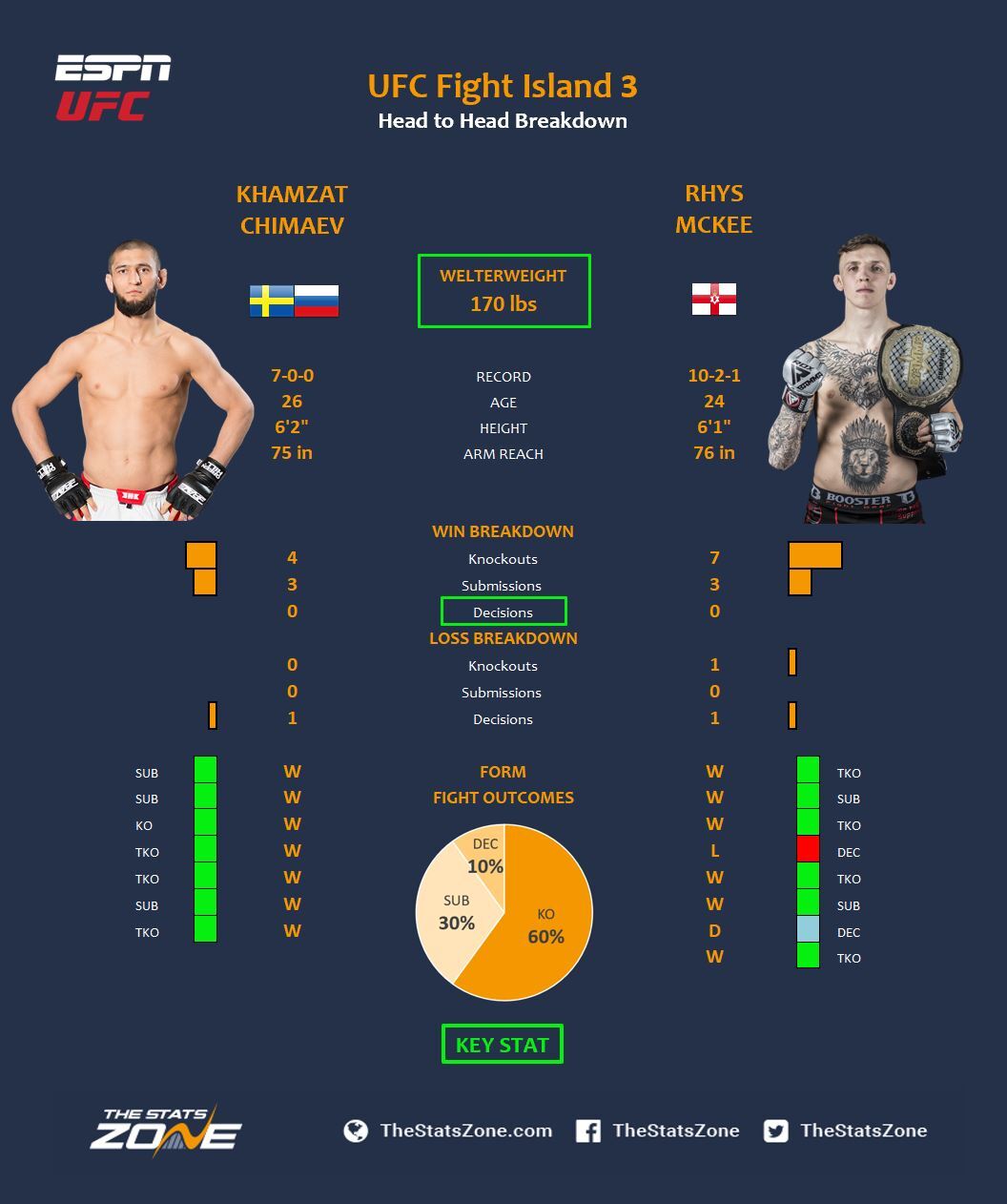 Khamzat Chimaev does not want to leave Fight Island after his flawless UFC debut just last week. Arriving to the UFC 6-0 with six finishes, Chimaev met John Phillips who is a lethal striker, but the debutant took him down immediately, dominated the Welshman and eventually submitted him in the second round.

Chimaev was desperate for another fight while on Fight Island and his wish has been granted as Rhys McKee now steps up for his UFC debut. The Northern Irishman has made waves in the BAMMA and Cage Warriors promotions and gained a lot of fans with his exciting style. He is also full of confidence coming off three finishes in a row under the Cage Warriors banner.

McKee is going to need every ounce of that confidence as Chimaev is an absolute beast and his wrestling will be a worry for everybody in the division. His mauling of Phillips took place at middleweight so if he can make the 170 lb mark for this fight, he should be an even bigger force.

Chimaev will be the favourite and rightly so but expect McKee to put up a great fight. He is thrilling to watch and if he can create any space, he will be a threat striking from distance. However, Chimaev is expected to waste no time in dragging the McKee to the canvas and hunting another finish on the mat whether that be a submission or knockout via ground and pound.