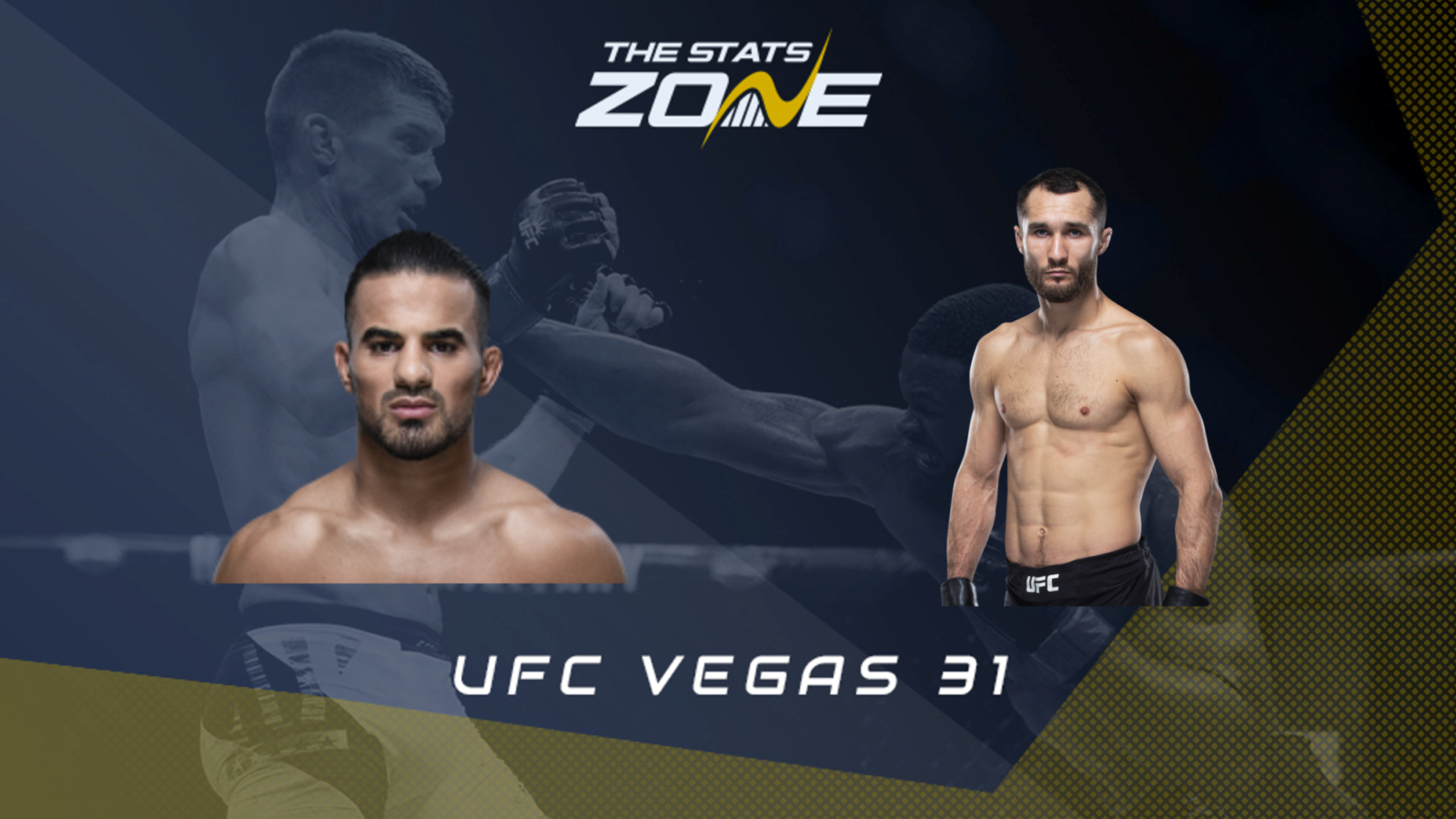 Khalid Taha brings a 13-3-1 record into this fight and The Warrior will be hoping to bounce back from defeat last time. That bout back in November 2020 saw him face a late change of opponent but he came unstuck against Raoni Barcelos in what was a fight of the night. He will not have been too disheartened by that performance however and the knockout specialist will be targeting an early finish here.

Kazakh fighter Sergey Morozov lost his debut fight in the UFC as Umar Nurmagomedov submitted him in the second round so he will be eager to get a first win in the Octagon here. The 32-year-old possesses good power but he will look to use his wrestling if he can avoid getting drawn into a slug fest with Taha in this one.

Khalid Taha faces off against Sergey Morozov in a bantamweight clash that sees both coming off defeats last time out. Taha’s most likely route to victory is via knockout but Morozov will be wary of standing in the pocket and exchanging. His route to victory will be to use his strong wrestling base and take this fight to the ground. With a cautious approach moat likely for the Kazakh fighter, do not expect fireworks in this one and a decision victory for Morozov is favoured albeit in a fight that could easily go either way.