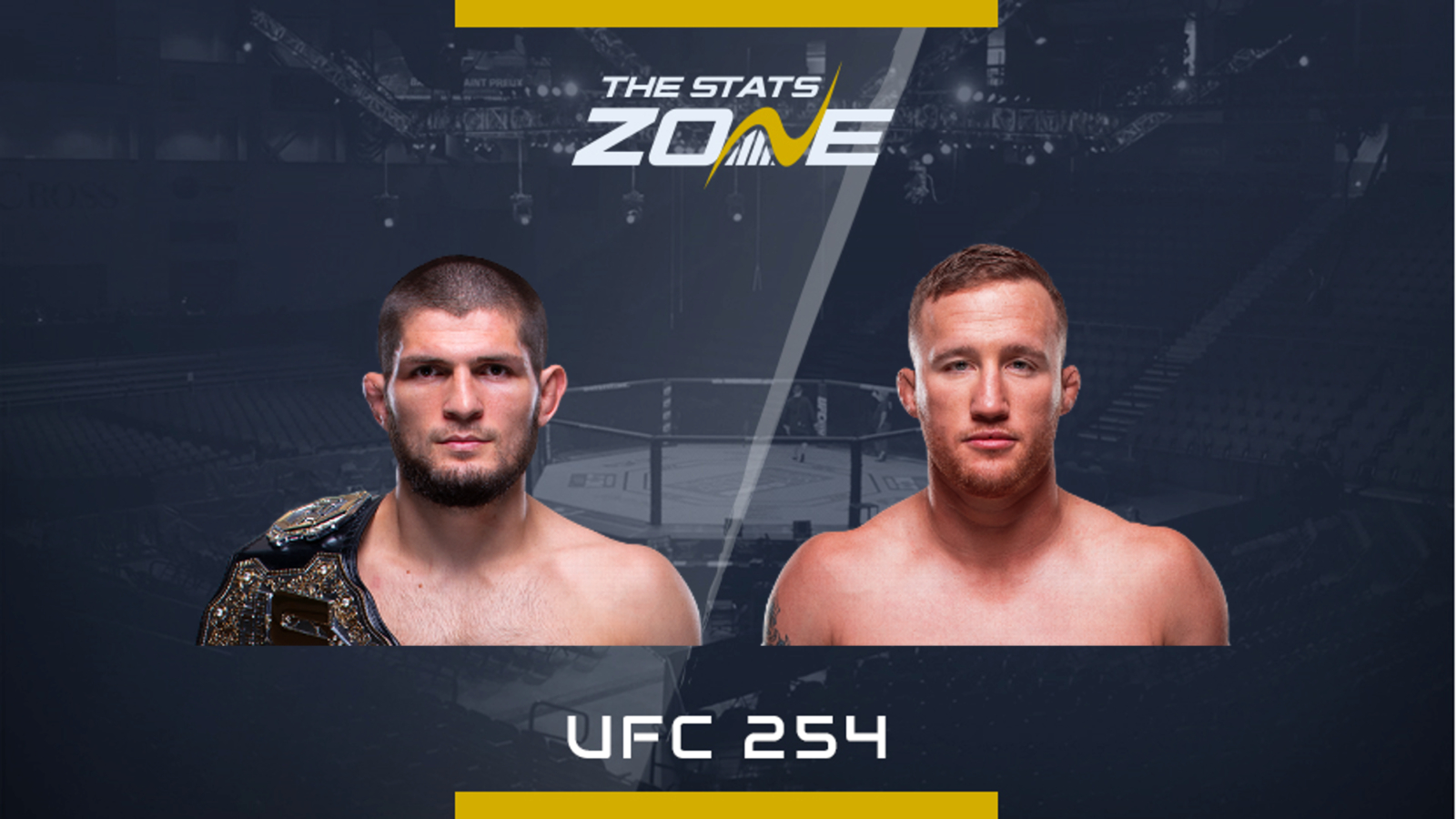 Where can I get tickets for UFC 254? No tickets are available as this event will take place without spectators

What channel is UFC 254 on? BT Sport PPV

Where can I stream UFC 254? BT Sport subscribers can stream the fight online via the BT Sport website if purchased

Khabib Nurmagomedov (28-0) makes his entrance on Fight Island protecting his crown and incredible unbeaten record, a record that is unlikely to ever be matched. He is one of the best and most dominant fighters in MMA history, but this is only his third title defence. He collected the belt in the circus that was UFC 223 earning a unanimous decision over Al Iaquinta and then submitted Conor McGregor and Dustin Poirier in his title defences. He is building one of the greatest lightweight title runs but now faces his toughest match-up stylistically.

Justin Gaethje’s (22-2) skill set on paper, at least in our opinion, has provided the biggest threat to Nurmagomedov for years and after his back-to-back knockout losses to Eddie Alvarez and Dustin Poirier, Gaethje has added a cerebral facet to his game that has turned him into a title contender. He proceeded to walk through James Vick, Edson Barboza, Donald Cerrone and most impressively, Tony Ferguson who he pummelled for five rounds, snapping his 12-fight winning streak and notching his 19th knockout. 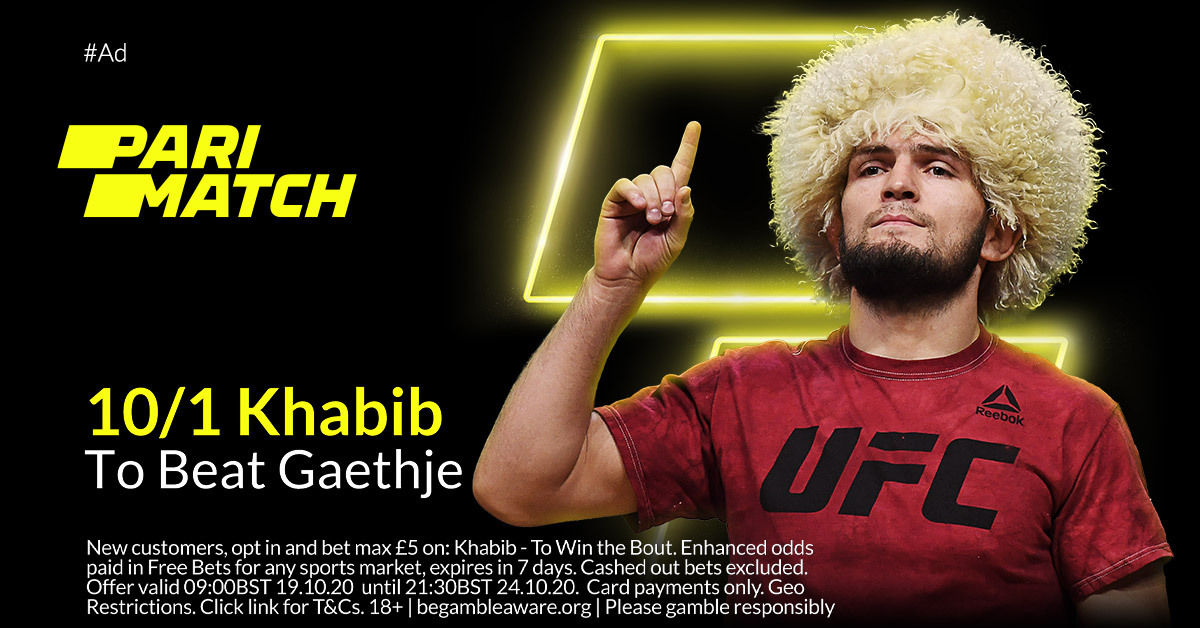 NEW CUSTOMER OFFER! CLICK HERE FOR ENHANCED ODDS OF 10/1 ON KHABIB TO BEAT GAETHJE WITH PARIMATCH!

The question with every Nurmagomedov fight is, can his opponent defend the takedown and the answer is always no. But what separates Gaethje from other lightweights is his elite wrestling as a Division 1 All American and although we have barely seen any of it in the UFC, it is still in his locker. It will not be enough to defend the takedown or spring straight back up for the whole fight, but it may help him keep the fight standing long enough to unleash his own threat.

Gaethje is not reckless anymore executing the strategies Trevor Wittman create while being more patient and getting out of unnecessary danger. Gaethje has already outlined his strategy for Nurmagomedov and that is to keep his back off the fence and disable him with a few of his monster leg kicks.

A couple takedowns defended, a couple leg kicks and a couple bombs to the dome could put Nurmagomedov in waters he has never been before but the key is for Gaethje to stay in the middle of the octagon at all costs. Gaethje is ready but even though Nurmagomedov is predictable, his grappling is an unstoppable force and if he can get near the cage, Gaethje’s energy bar will wither away under relentless ground-and-pound and submission attempts.

Gaethje has the best chance of dethroning the champion but it does not mean he is immune to another mauling. Nurmagomedov will struggle to break Gaethje but he is unlikely to take any risks as he rabidly hunts the takedown, smothering him, and forcing a late submission or a hard-fought decision.