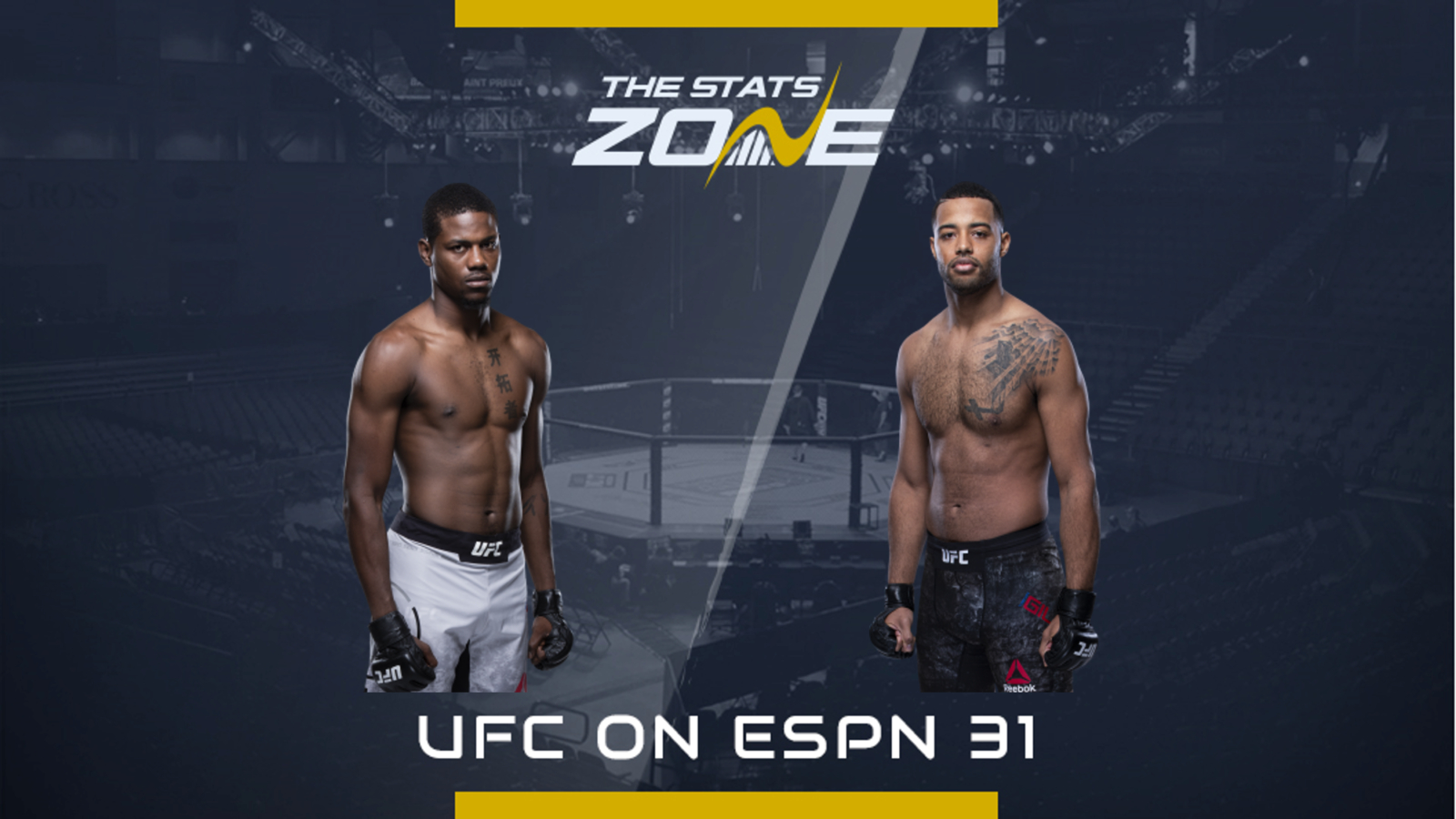 Where is UFC Vegas 5? The APEX Facility, Las Vegas, Nevada, (US) 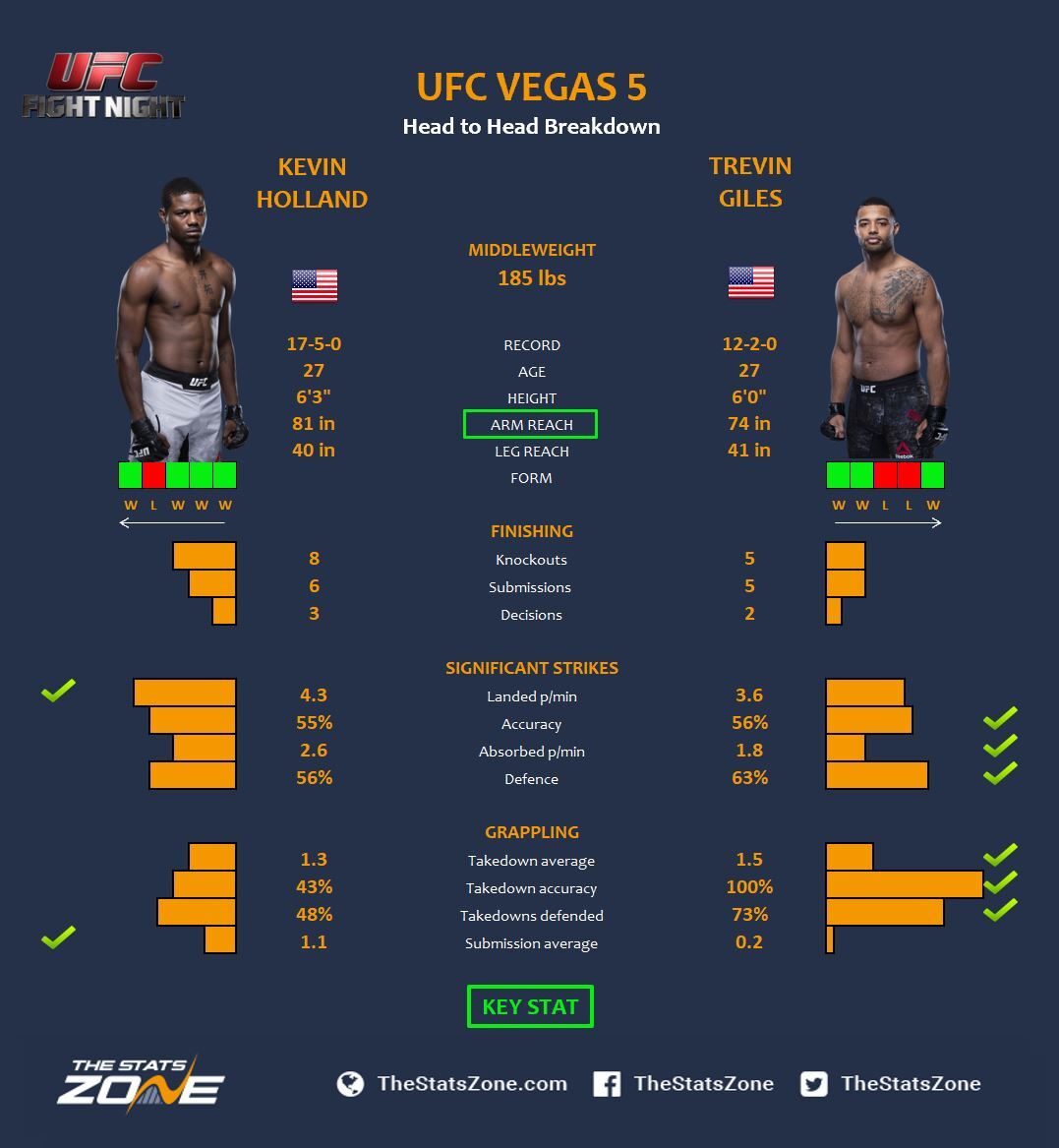 Kevin Holland and Trevin Giles have both suffered various scheduling issues in the midst of the COVID-19 pandemic but thankfully they meet at the APEX facility the kick-off the main card at UFC Vegas 5.

Holland has experience fighting in these conditions having fought in Jacksonville back in May. However, his time in the cage only lasted 39 seconds after dispatching Anthony Hernandez. He then planned to get back to action two weeks later to fight Daniel Rodriguez but had to drop out due to injury but now looks to continue where he left off against Hernandez.

Giles bounced back in his last fight after suffering the first two losses of his career – submissions against Zak Cummings and Gerald Meerschaert. That win came over James Krause which is a huge name to have on your record, but the lighter Krause took the fight on the day of the bout after Antonio Arroya pulled out last minute.

Giles’ losses have all come via submission but do not be misled as he fended off the submission attempts from Krause who has elite ground skills. They are both very adept on the mat, but this is likely to take place on the feet.

The important factor is Holland’s reach. It is one thing to have an eight-inch advantage, but it is another when you utilise it. He looked flawless in his last fight with a karate style, keeping Hernandez at the end of his kicks controlling distance.

If he can adopt a similar approach, he can frustrate Giles and pick him apart from range, but he will have to keep that up for three rounds as Giles is very dangerous in the pocket. 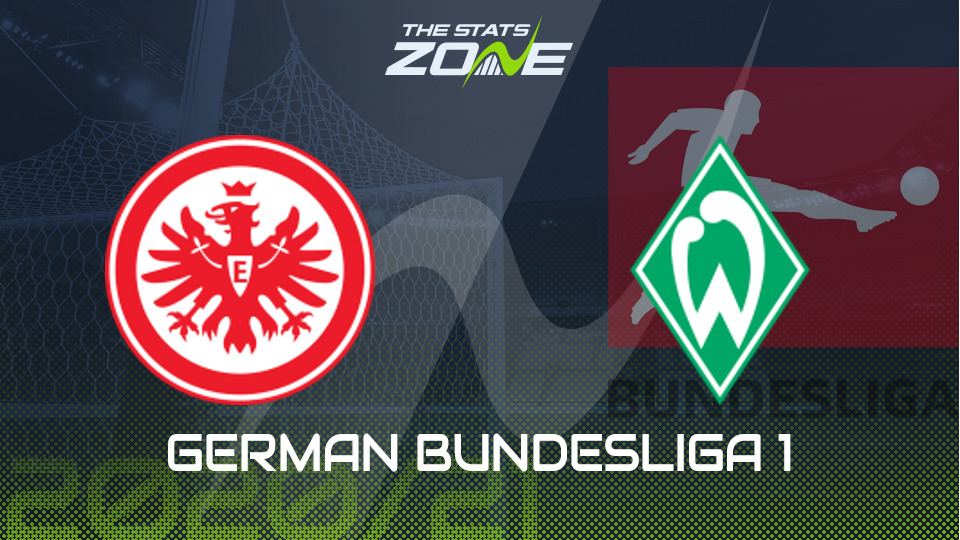 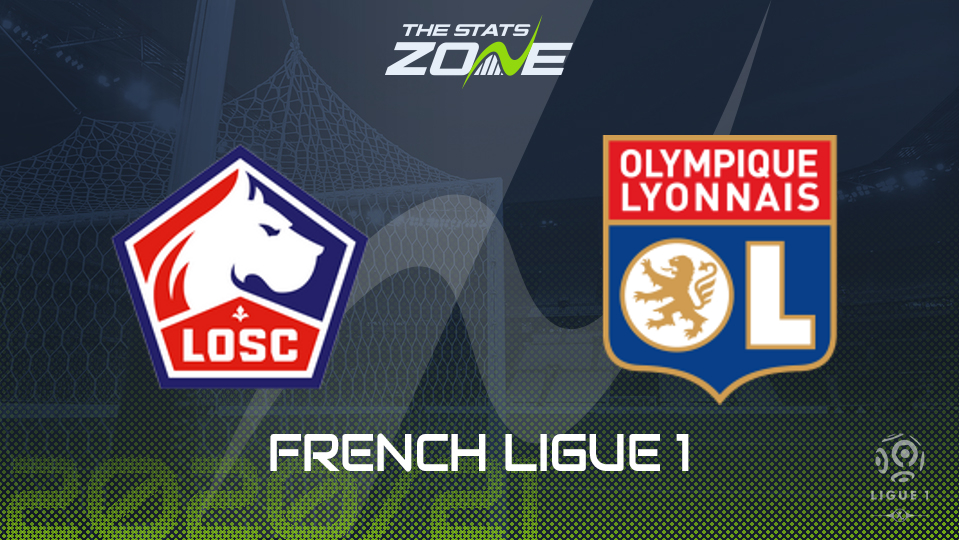 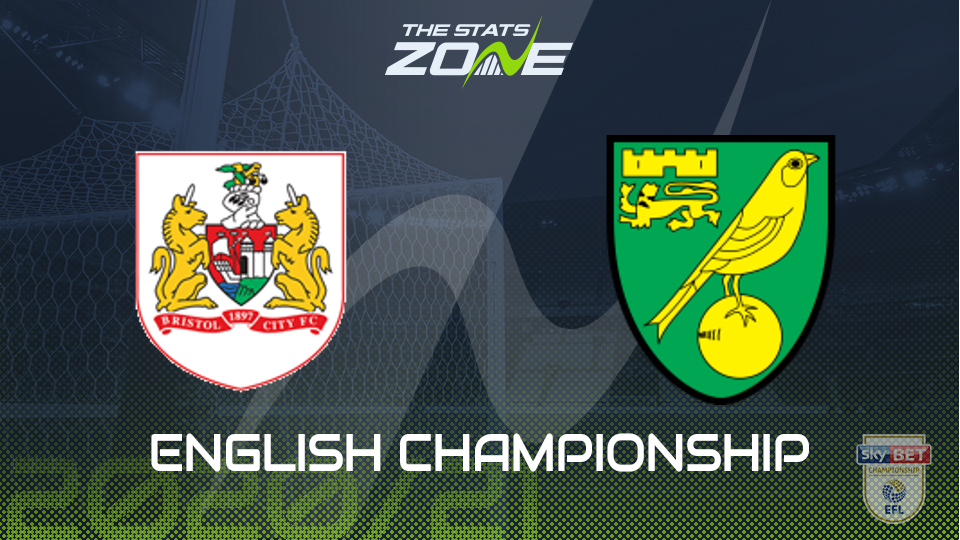 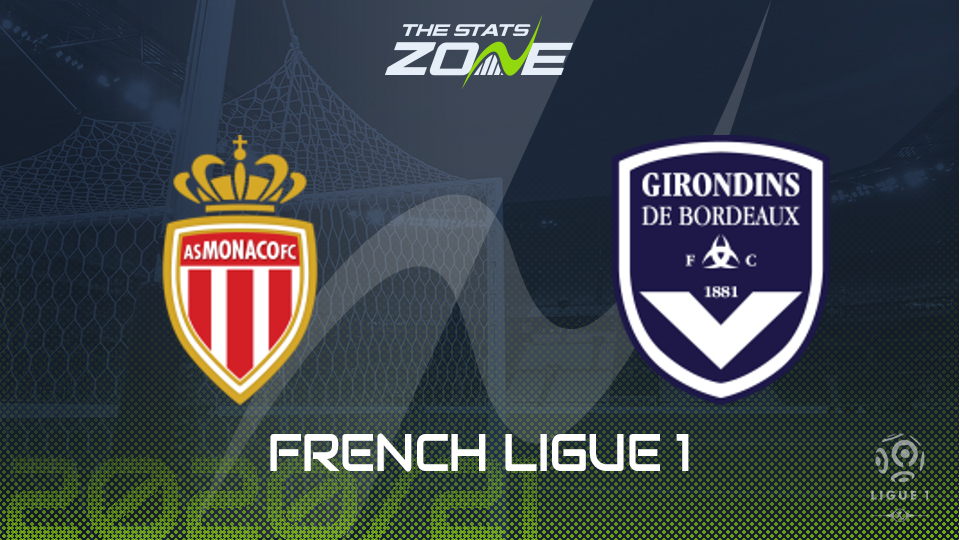 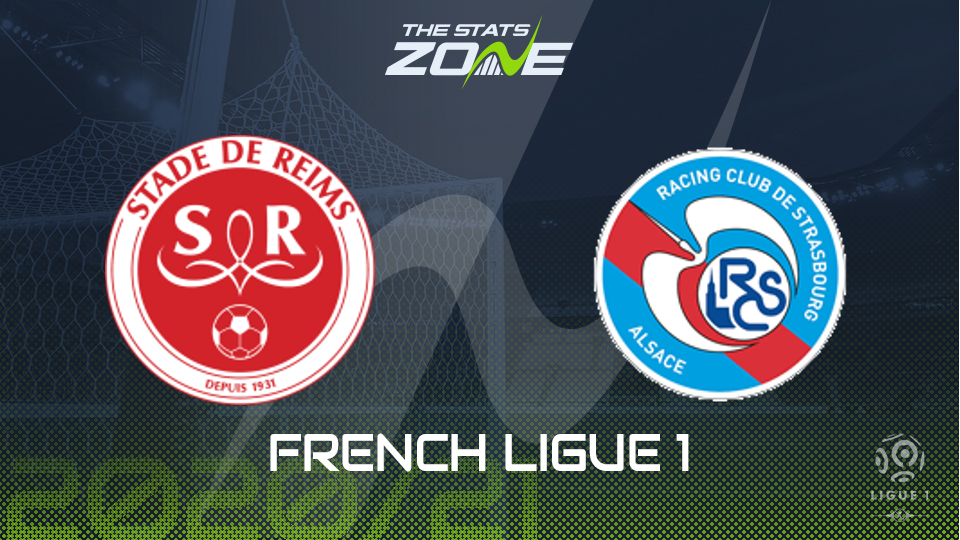 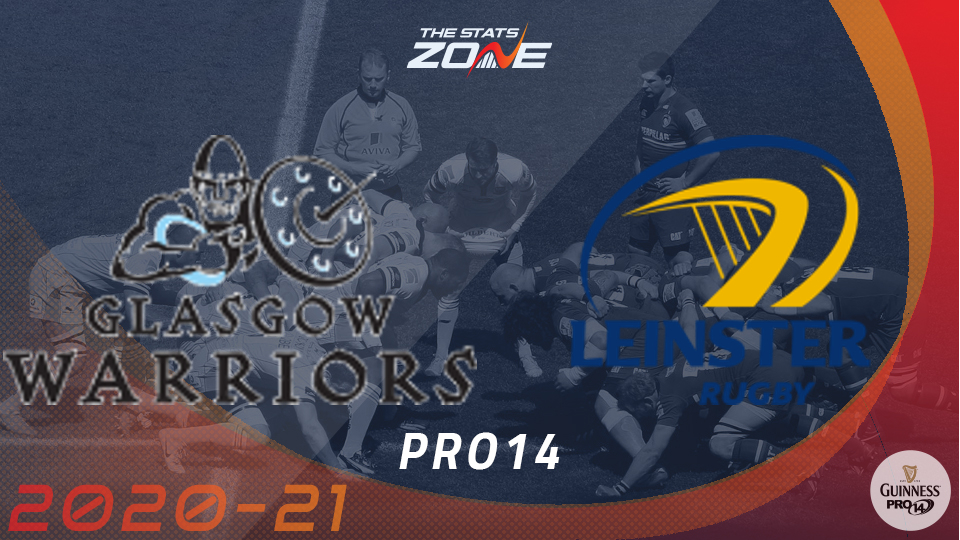 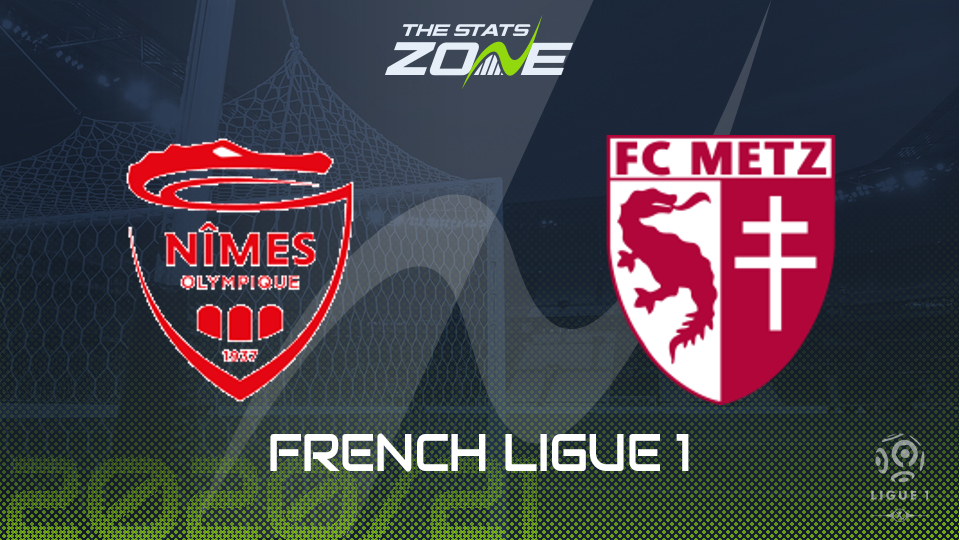 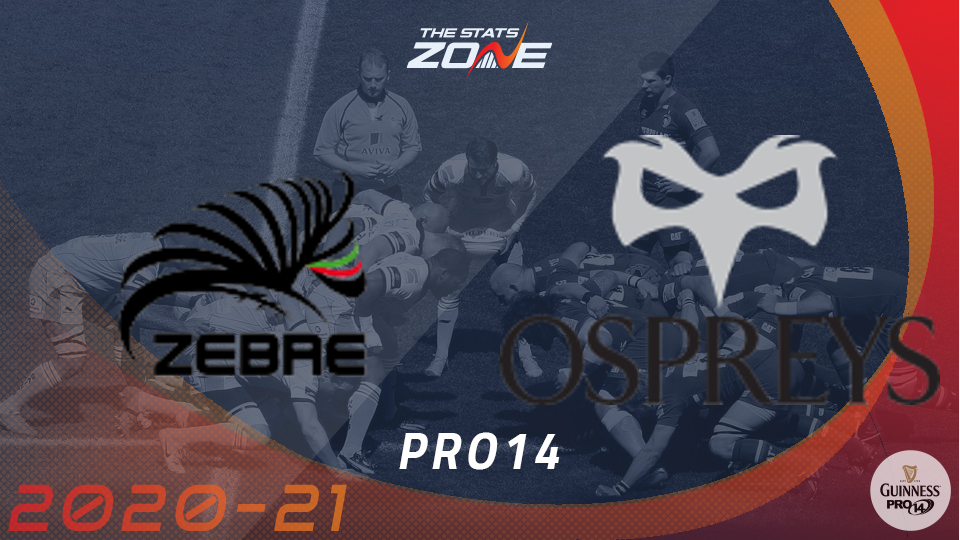 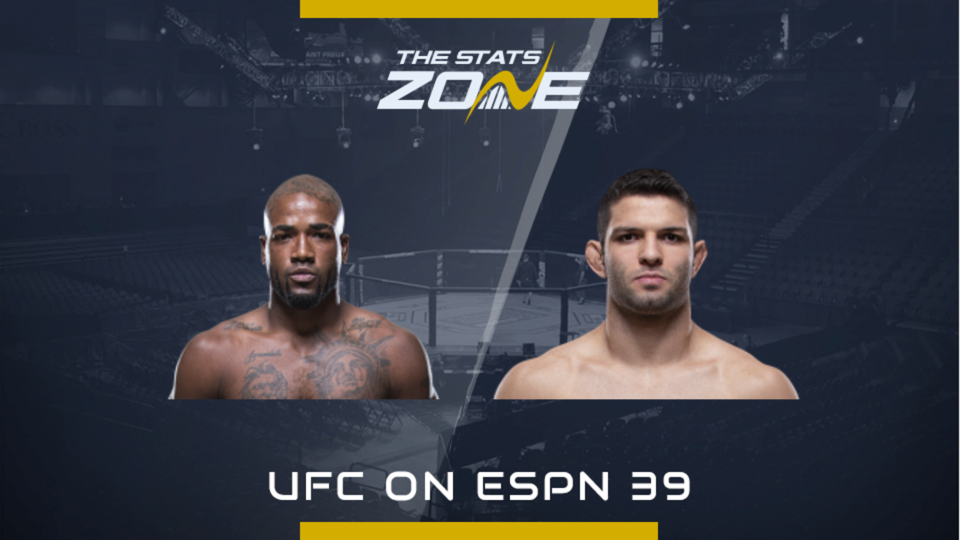 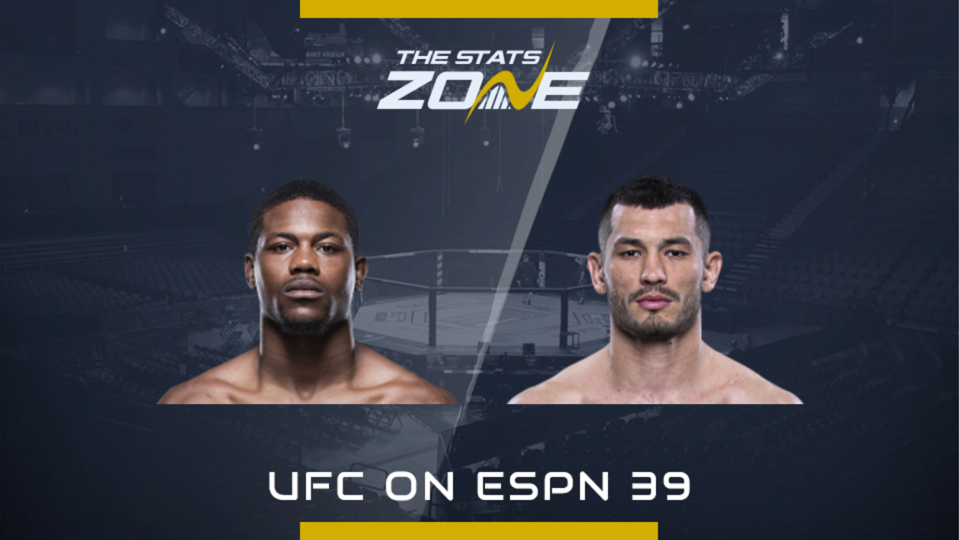 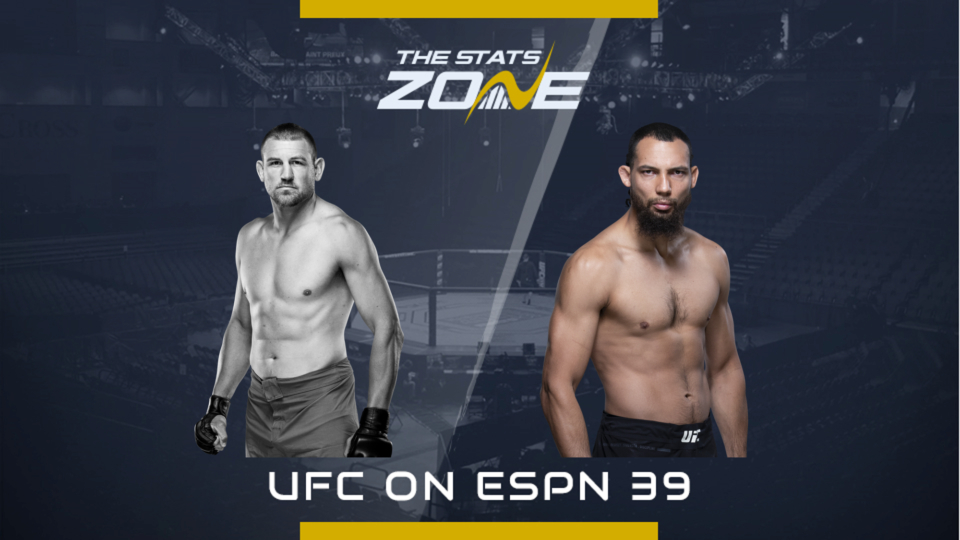 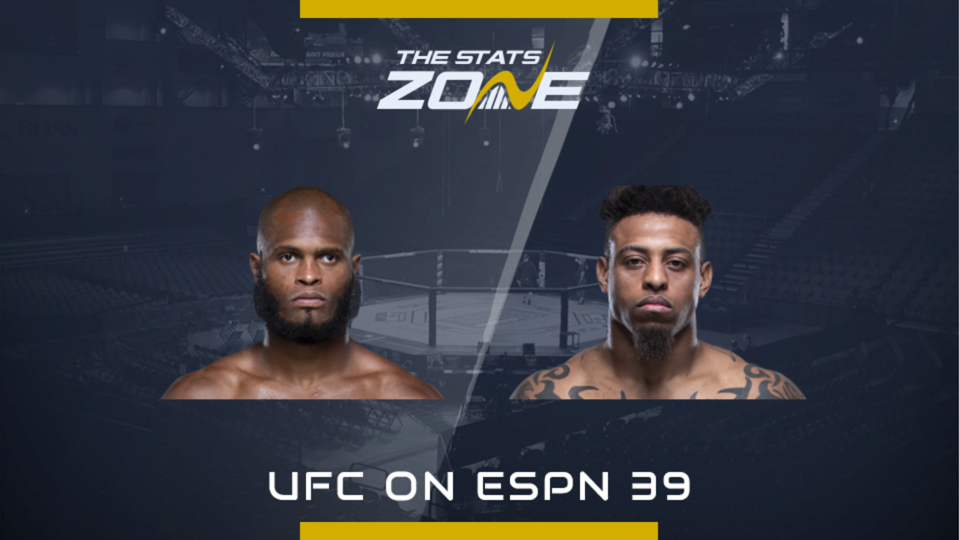