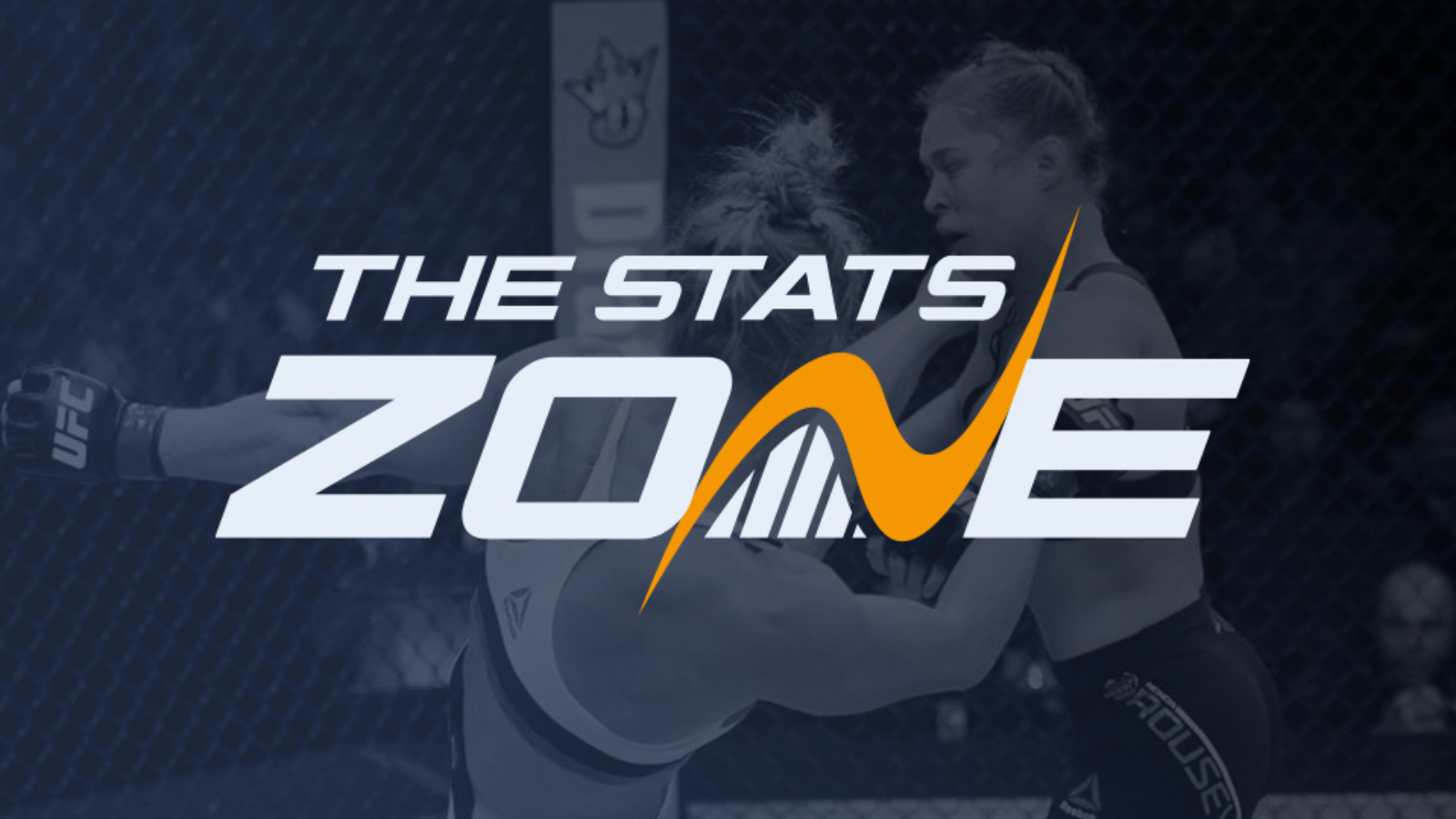 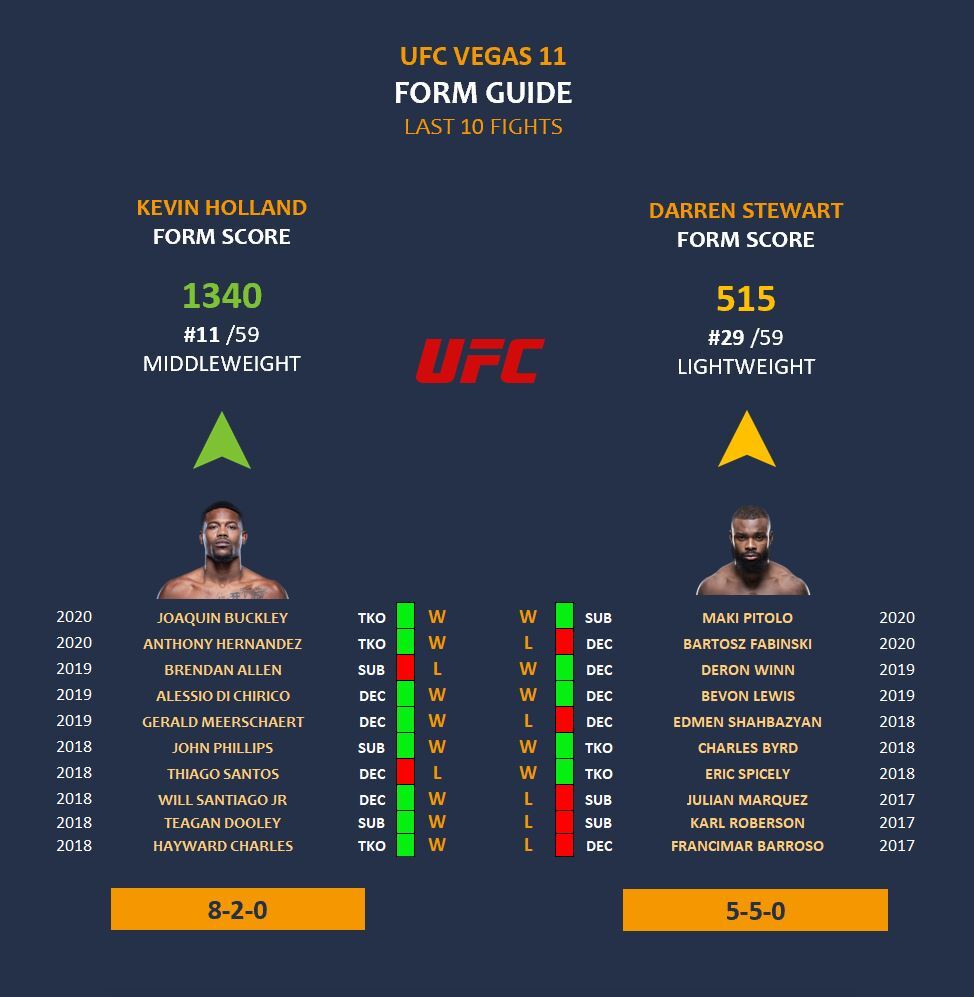 After his submission loss to Brendan Allen last year, Kevin Holland has surged back up the form table after two knockouts in 2020 dispatching Anthony Hernandez and Joaquin Buckley. He is remaining as active as ever keeping up his form and a win over Darren Stewart will see him crack the top 10.

Stewart jumped 17 places up the middleweight table with his submission win over Maki Pitolo. He has always struggled for consistency in the UFC and has gone 5-5 in his last 10 but barring that decision loss to Bartosz Fabiniski during peak chaos of the pandemic which saw them fight for Cage Warriors, Stewart has looked sharper in recent fights with more clarity in his training and approach.

This is an exciting match-up as both men are thrilling to watch. Kevin Holland will be the favourite and will boast a significant seven-inch reach and three-inch height advantage over Darren Stewart.

Stewart is a phenomenal striker, but he has to be patient as Holland uses his range very well. Although Stewart showed off his submission skills in his last fight, he will not want to get tangled up with Holland and he will be most effective mid-range.

Stewart has proven time and time again that you can never count him out and he can finish a fight in various ways but Holland’s weapons at close and long range, particularly his jab swing this in his favour.