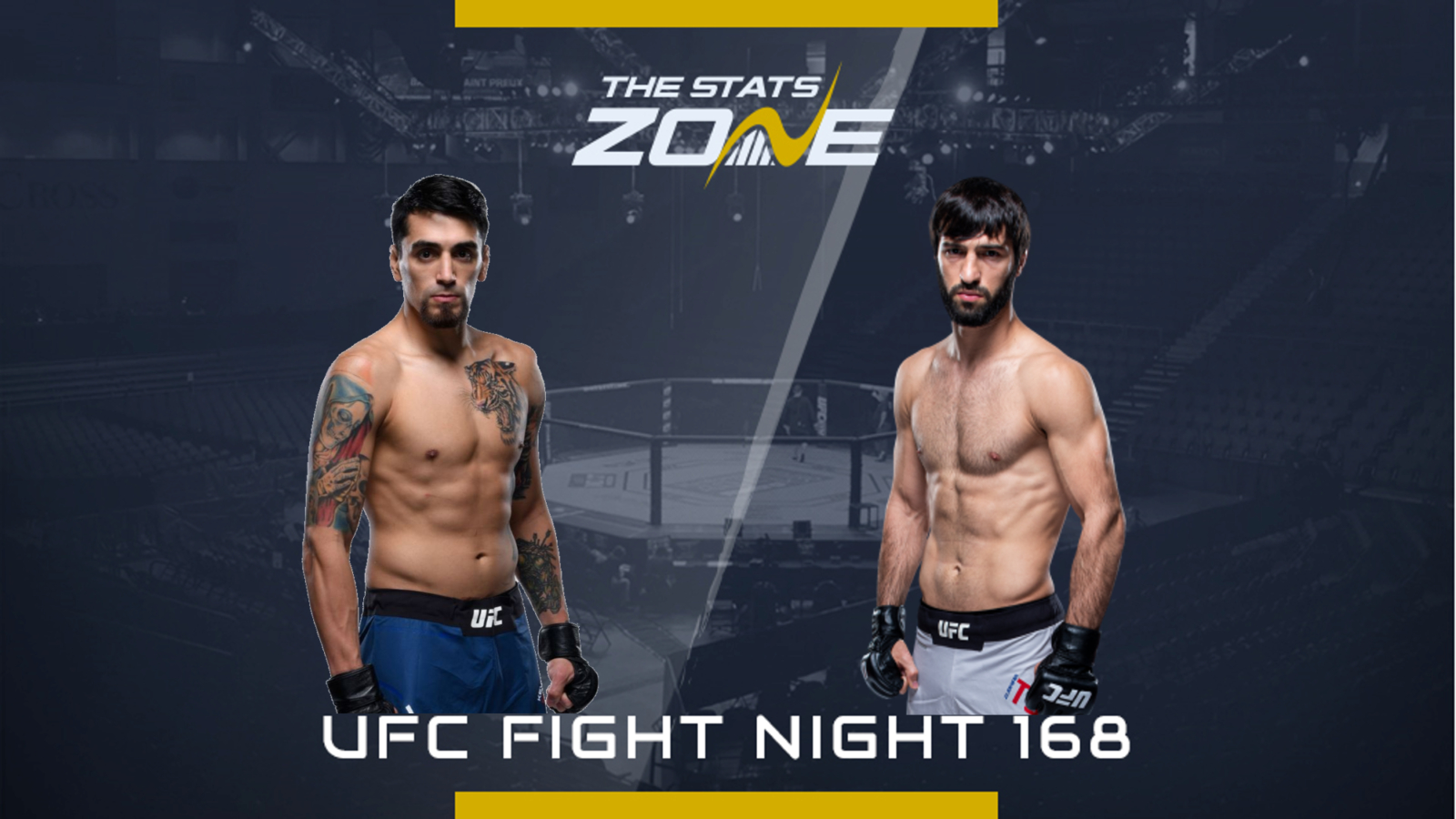 What channel is UFC Fight Night 168 on? BT Sport 3 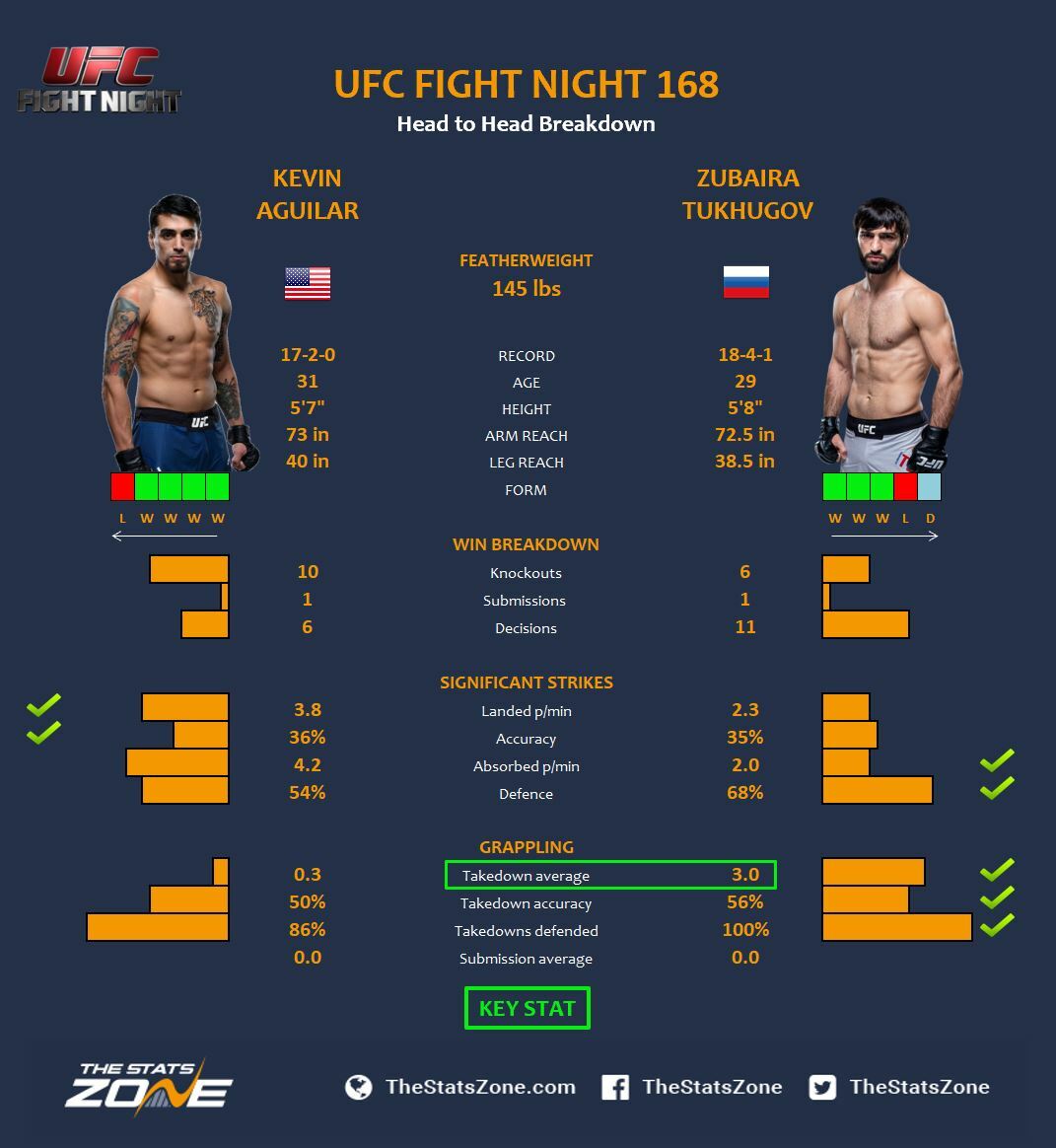 A featherweight scrap kicks off the main card in Auckland featuring Kevin Aguilar and Zubaira Tukhugov.

Aguilar is coming off the second loss of his career after Dan Ige broke his nine-fight winning streak with a unanimous decision which came after Aguilar’s first two UFC appearances. He won those by earning his own unanimous decisions against Rick Glenn and Enrique Barzola.

Tukhugov was riding his own nine-fight winning streak which included three UFC wins over Douglas Silva de Andrade, Ernest Chavez and Phillipe Nover but he then met Renatio Moicano where he lost a tight split decision. He then got popped for a banned substance and was suspended for two years and, after his part in the post-fight melee between Conor McGregor and his training partner Khabib Nurmagomedov, Tukhugov did not return until September last year. He took on Lerone Murphy and fought to a draw.

Tukhugov landed an early knockdown and six takedowns over the course of the fight but he ran out of gas which left the door open for Murphy to get back into the fight. If his cardio has improved, he has the grappling prowess to control Aguilar for three rounds.

That said, the Russian is well-rounded and will back his striking, but this is exactly what Aguilar wants. He will want to keep the fight standing and put his knockout power to use. Tukhugov has a good chin and if he can keep up a pace for three rounds, his wrestling should be enough to steal the decision.