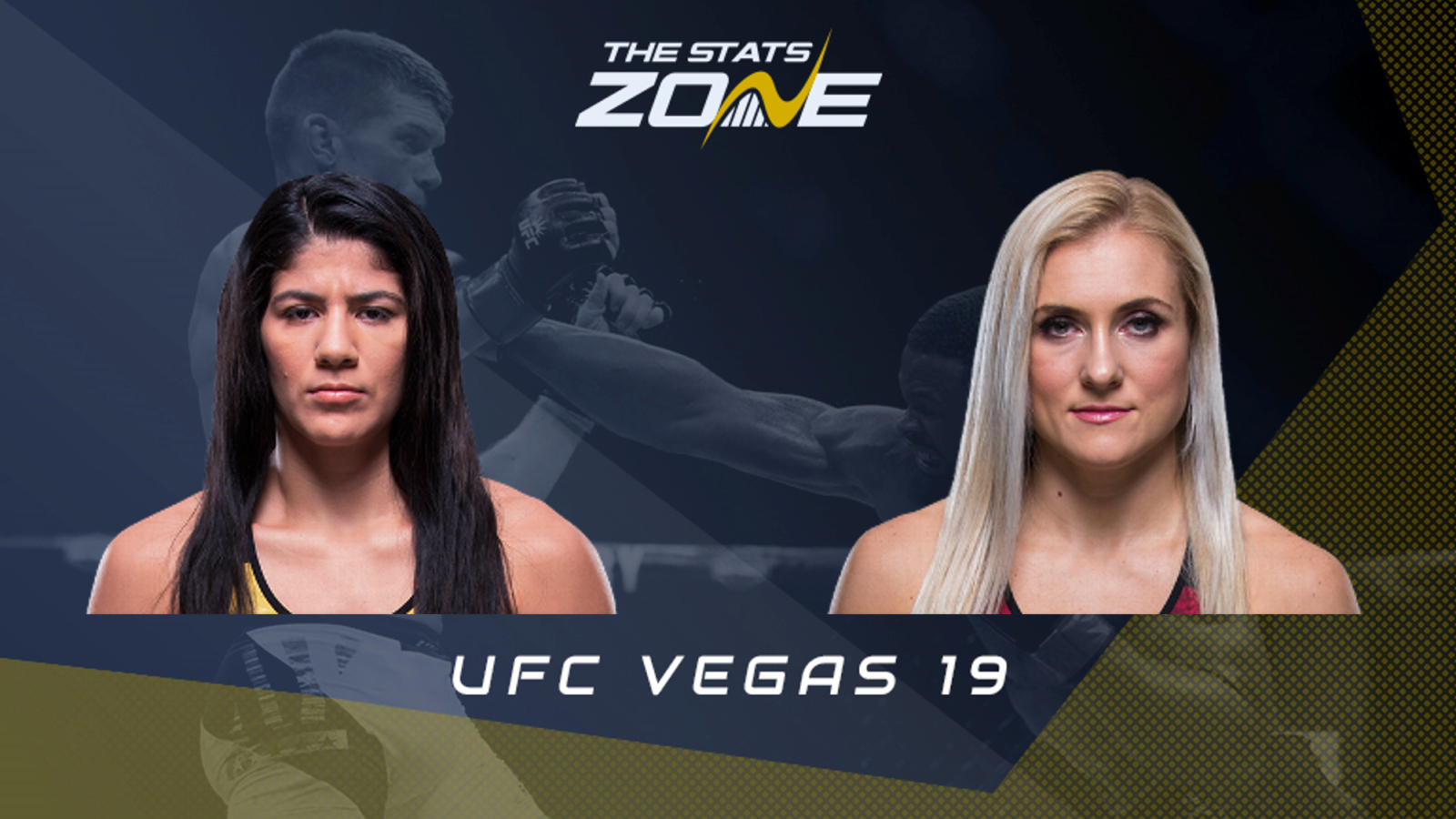 Ketlen Vieira (11-1) is hoping to retake her claim as a contender for Amanda Nunes’ title in the near future. She was steamrolling her way to it after winning her first four UFC fights including a submission over Sara McMann and a decision over Cat Zingano stretching her unblemished record to 10-0. However, she crossed paths with Irene Aldana who has the same title aspirations and made her own case by knocking Viera out in brutal fashion. A huge setback but Vieira is back on track after a unanimous decision win over Sijara Eubanks.

After bravely stepping up from Invicta to keep Cris Cyborg happy with a featherweight title shot only to get knocked out in the first round, Yana Kunitskaya (13-5) has gone on to go 3-1 at bantamweight. She earned unanimous decisions over Lina Lansberg and Marion Reneau but then felt the wrath of Aspen Ladd’s ground-and-pound suffering her second knockout. However, like Vieira she bounced back with a unanimous decision beating Julija Stoliarenko.

This will be a competitive and highly skilled fight but do not expect any highlight reels. Kunitskaya is a very technical striker with a Muay Thai and Taekwondo background but she will prefer to clinch up and offload strikes without taking any damage.

However, Vieira’s aggression will help her take the fight into her realm. She is a beast of a grappler and will throw down whenever there is space. Vieira’s black belt in Brazilian jiu-jitsu and judo should prevent Kunitskaya pinning her against the cage and the Brazilian’s hunger should give her the edge in every department.