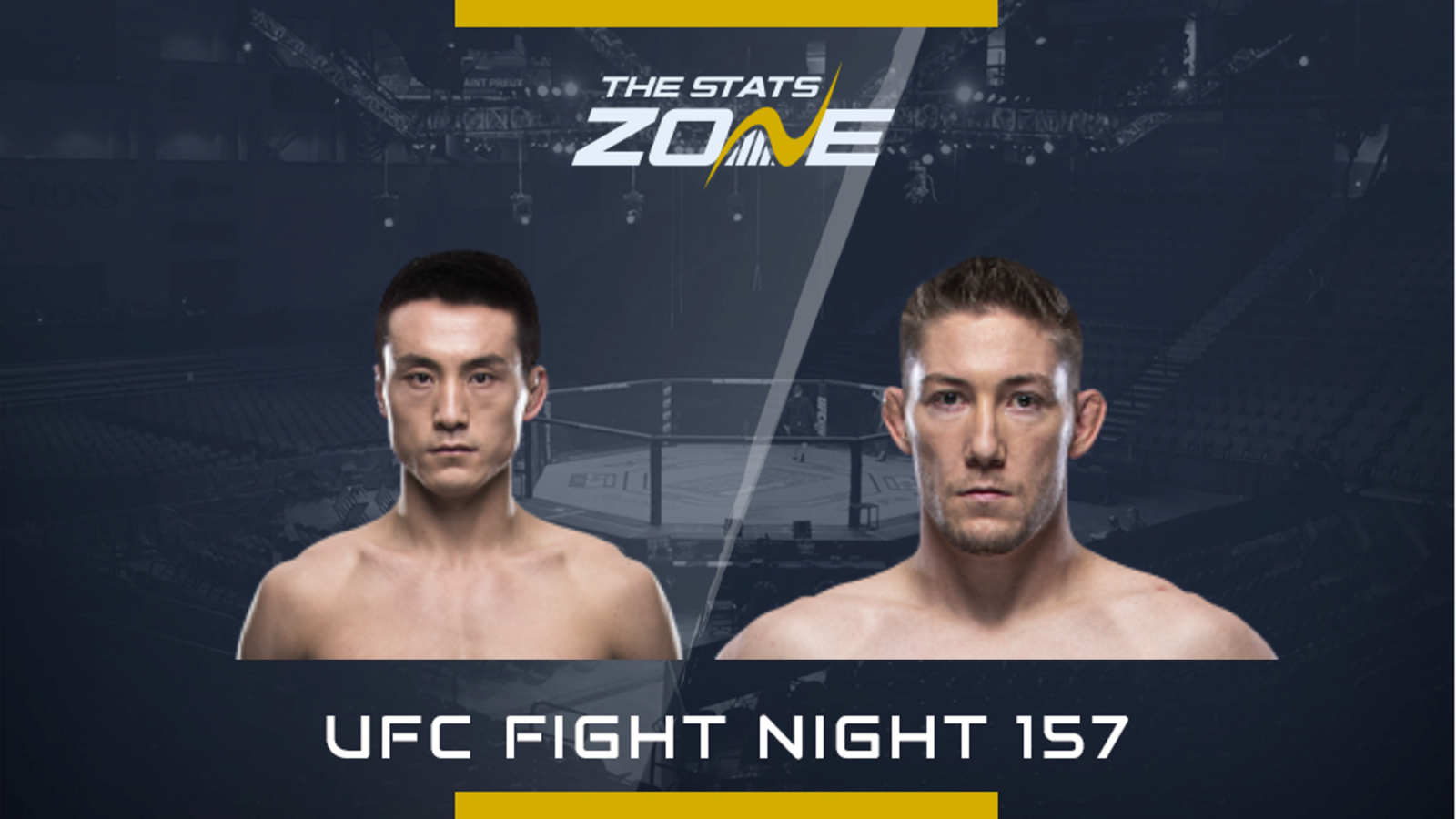 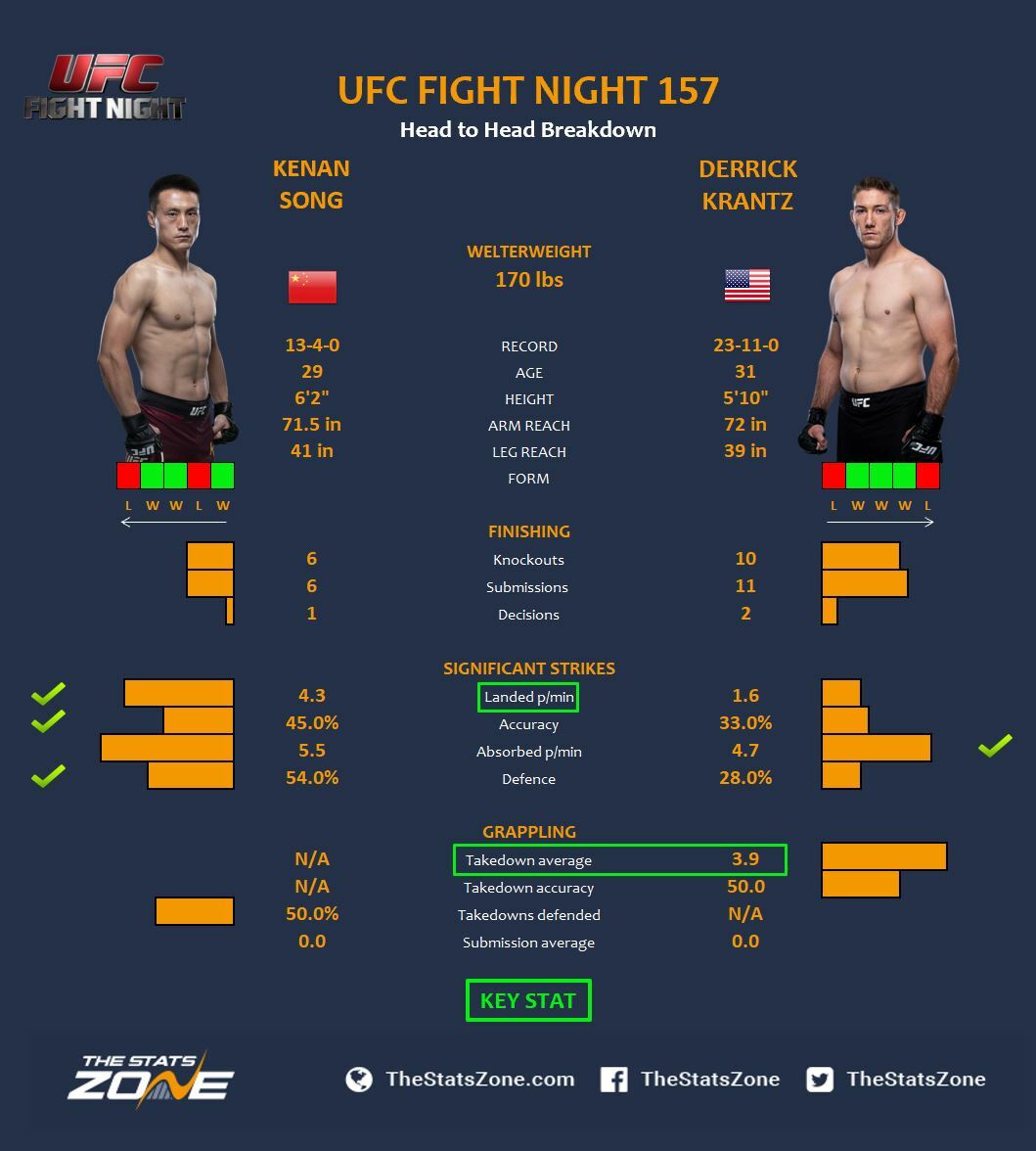 Kenan Song walks out for his fourth UFC fight against Derrick Krantz who fights outside of the US for the first time in his career.

Song has fought his whole career in Asia and will be comfortable in home surroundings. He lost his first UFC fight in his last outing missing out on a unanimous decision to Alex Morono which came off the back of two very impressive knockouts over Hector Aldana and Bobby Nash.

Although Krantz has only had one UFC fight in which he was a late replacement, he is very experienced. He has applied most of his trade for the Legacy Fighting Alliance where he became their first welterweight champion and after two knockout wins, he stepped up to face top contender Vicente Luque. Krantz suffered a first round TKO but this experience will have served him well.

Krantz’ stats are only based off of that loss with Luque but we know that he is heavy handed and calls upon his wrestling to search for a submission. Song is also well-rounded and a natural finisher so this should be an exciting scrap with high outputs.

Although there have only been three decisions out of their combined 51 fights we cannot rule one out. Travelling overseas to fight for the first time and getting used to the Chinese conditions may play a part but Krantz’ wrestling and Jiu-Jitsu could be the deciding factor.

If he can implement a game plan with takedowns, he can create openings for his hands or at least take the fight away from Song with his grappling.