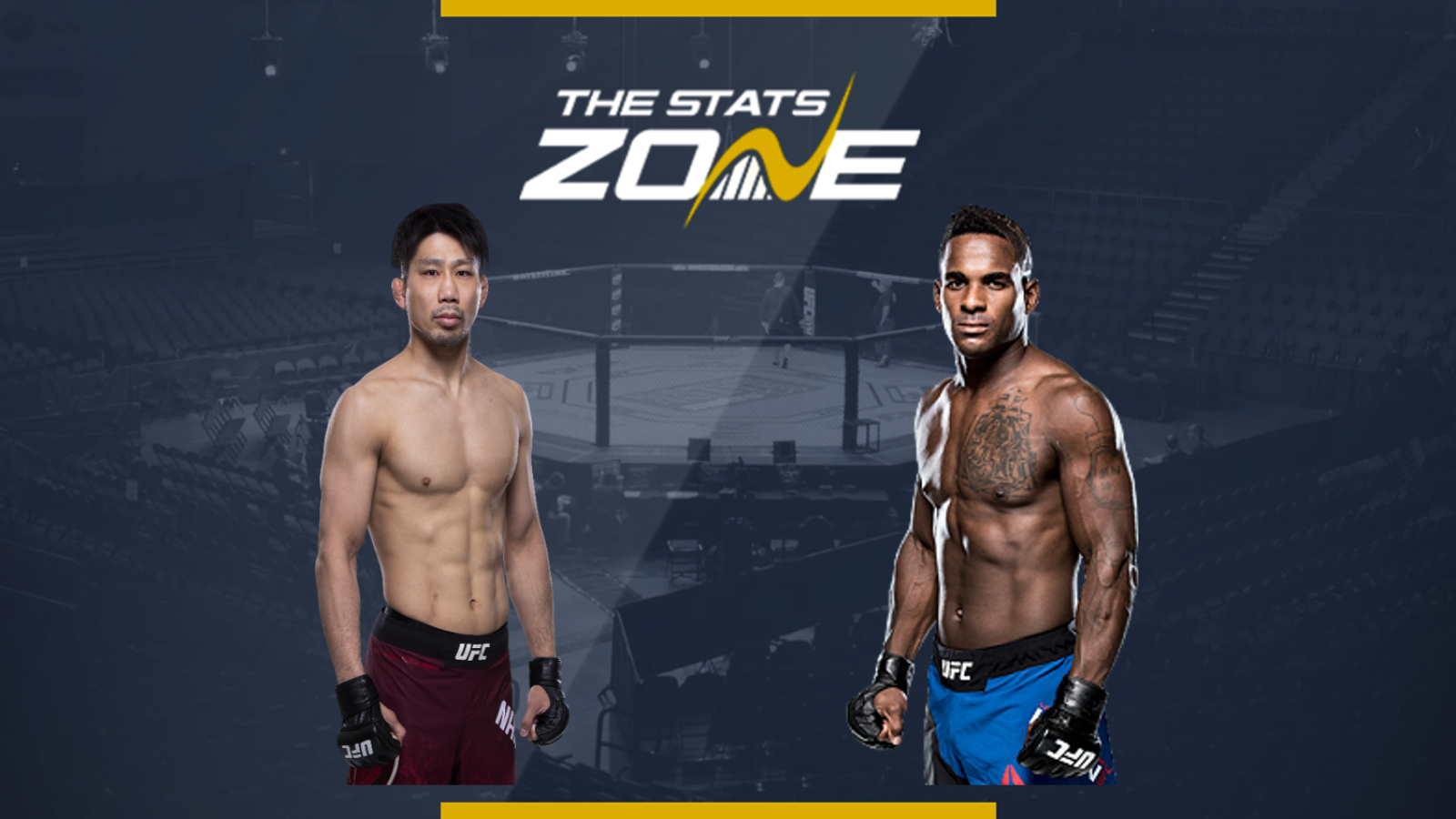 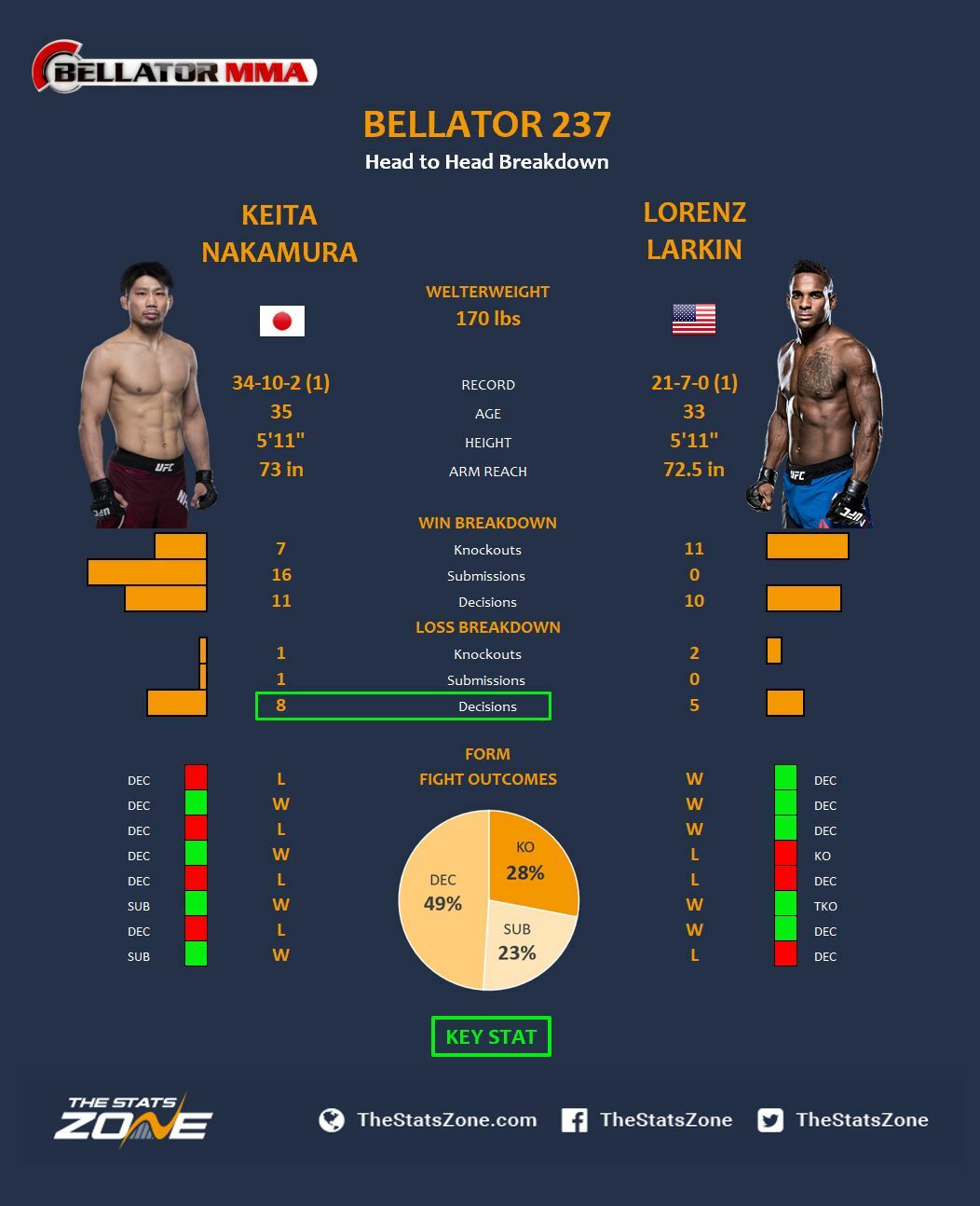 This will be Nakamura’s first fight under the Rizin banner, an opportunity that has come after another relatively unsuccessful stint in the UFC. His total UFC record ended at 4-7 but he picked up wins over impressive opponents in that time including submissions over Li Jingliang and Kyle Noke as well as decisions over Alex Morono and Salim Touahri.

Larkin made a name for himself at Strikeforce and joined the UFC undefeated after a decision win over Robbie Lawler. His UFC record was 5-5 but he decided that Bellator was a better fit for him. However, he lost his first two fights against Douglas Lima and Paul Daley, illustrating the top of the welterweight division in Bellator is no easier than in the UFC. However, he has responded with three decision wins on the bounce coming off the win over Andrey Koreshkov.

This should be a technical battle in which Nakamura will be wise to get the fight to the floor to unleash his grappling skills. However, Larkin has great takedown defence and although he has not finished anyone since 2016, his knockout power is still there. The longer the fight stays on the feet, the more you have to favour Larkin but Nakamura’s toughness should keep him in the fight until the bell.