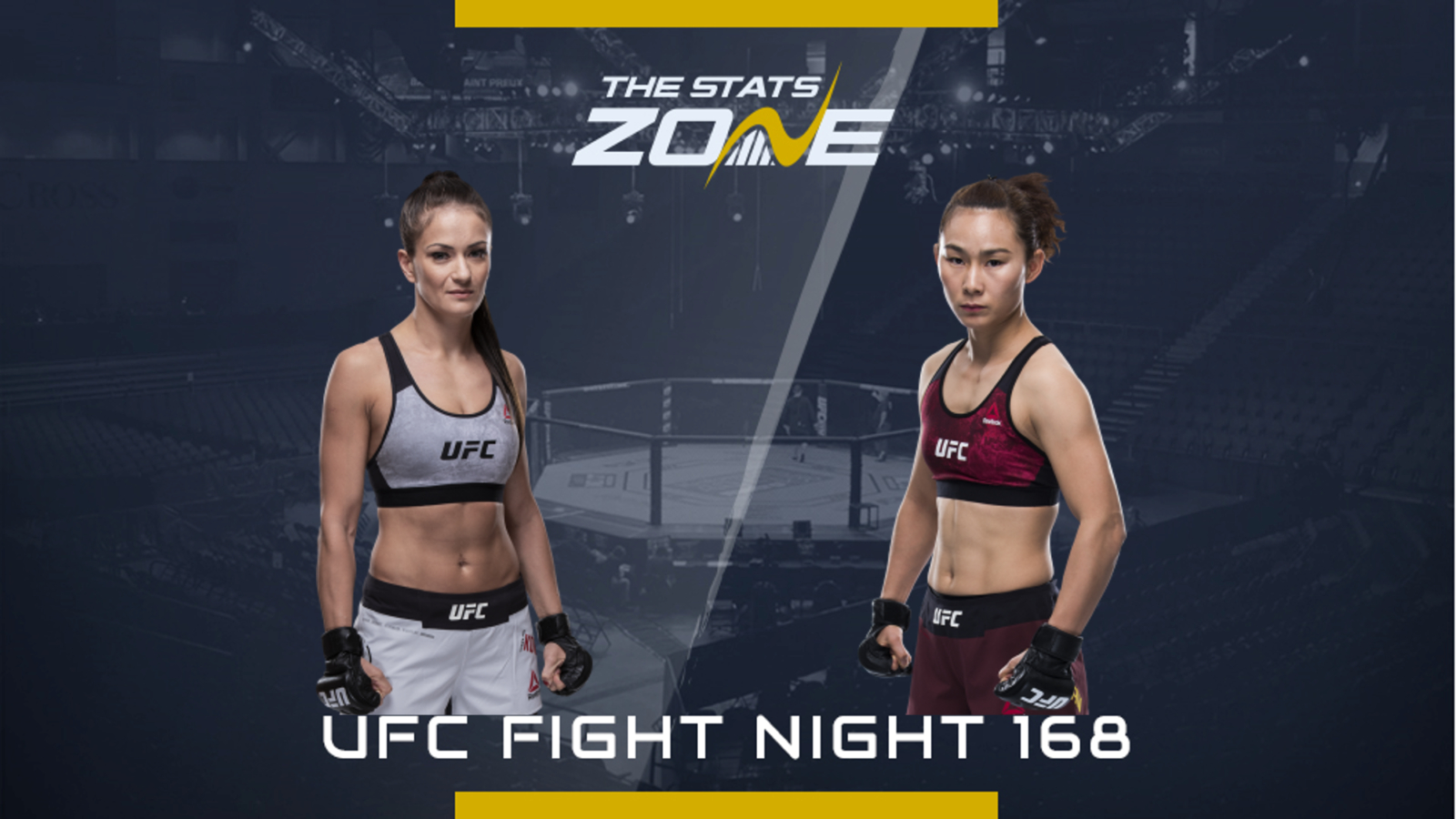 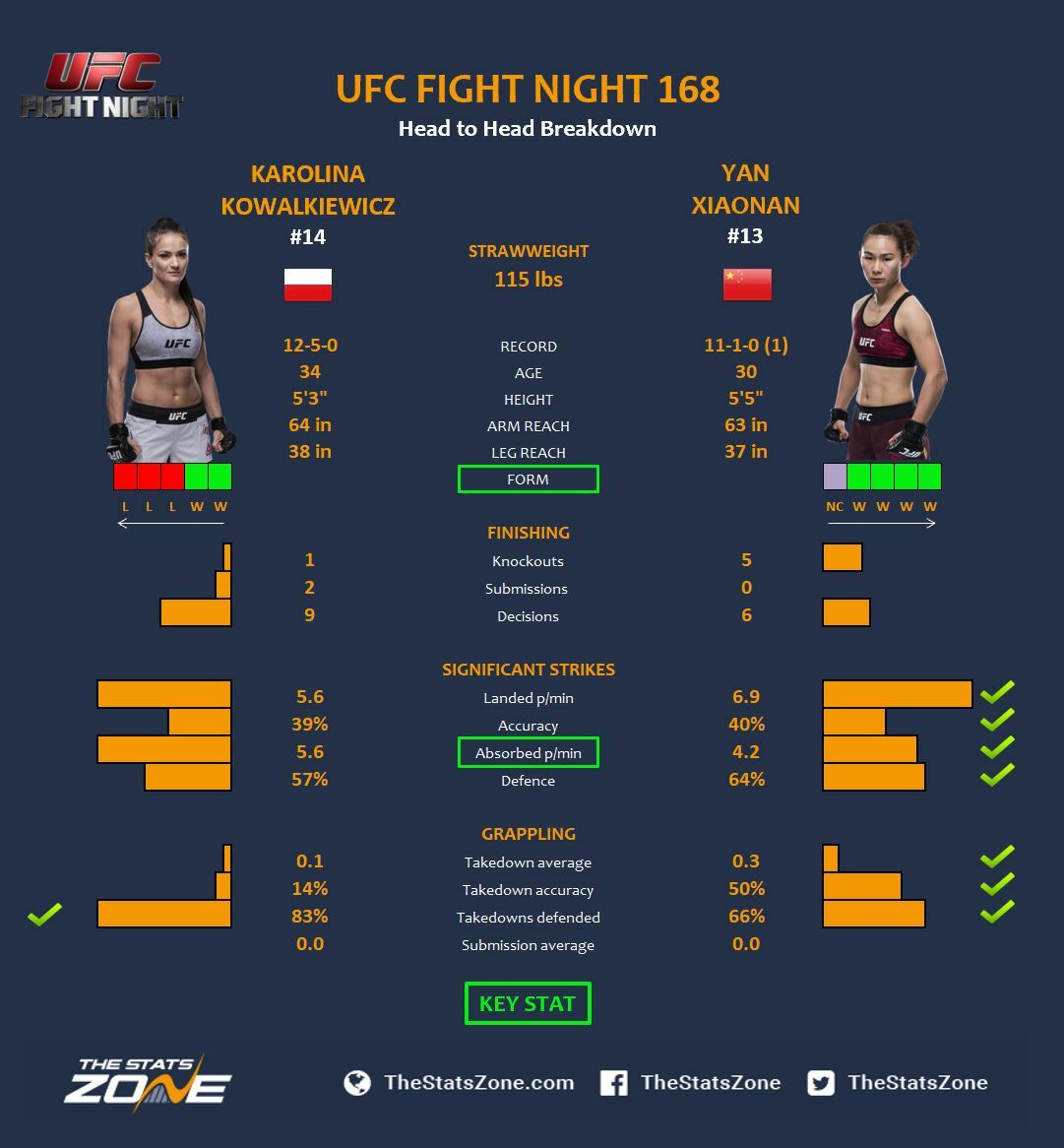 Karolina Kowalkiewicz is desperate to prevent losing four times in a row but her fights don’t get any easier as Yan Xiaonan flies over to New Zealand smelling blood.

Before Kowalkwiewicz’ title fight with Joanna Jedrzejczyk back in 2016 she was unbeaten, but crossing paths with the best strawweights in the world has led her to go 2-5 since. She lost that title fight and then went on to get submitted by Claudia Gadelha. After out-pointing Jodie Esquibel and Felice Herrig, she received one of the biggest strawweight knockouts we have ever seen from Jessica Andrade and then went on to lose two decisions to Michelle Waterson and Alexa Grasso.

The UFC matchmakers have not been kind as Kowalkiewicz has been assigned another very dangerous fighter in the shape of Xiaonan. She has not fought the same level of competition, but she is unbeaten in her last 10 fights and has cruised past Kailin Curran, Viviane Pereira, Syuri Kondo and Angela Hill with unanimous decisions.

Kowalkiewicz is under heaps of pressure. A fourth loss in a row could be terminal to her UFC career and she is fighting a beast who is also a very talented striker. So, this should be a very attritional and technical battle on the feet with both fighters looking to prove they are the better striker. Xiaonan is more explosive but Kowalkiewicz' experience will be crucial in pacing herself and finishing strong to steal the rounds, although a decision could fall either way.