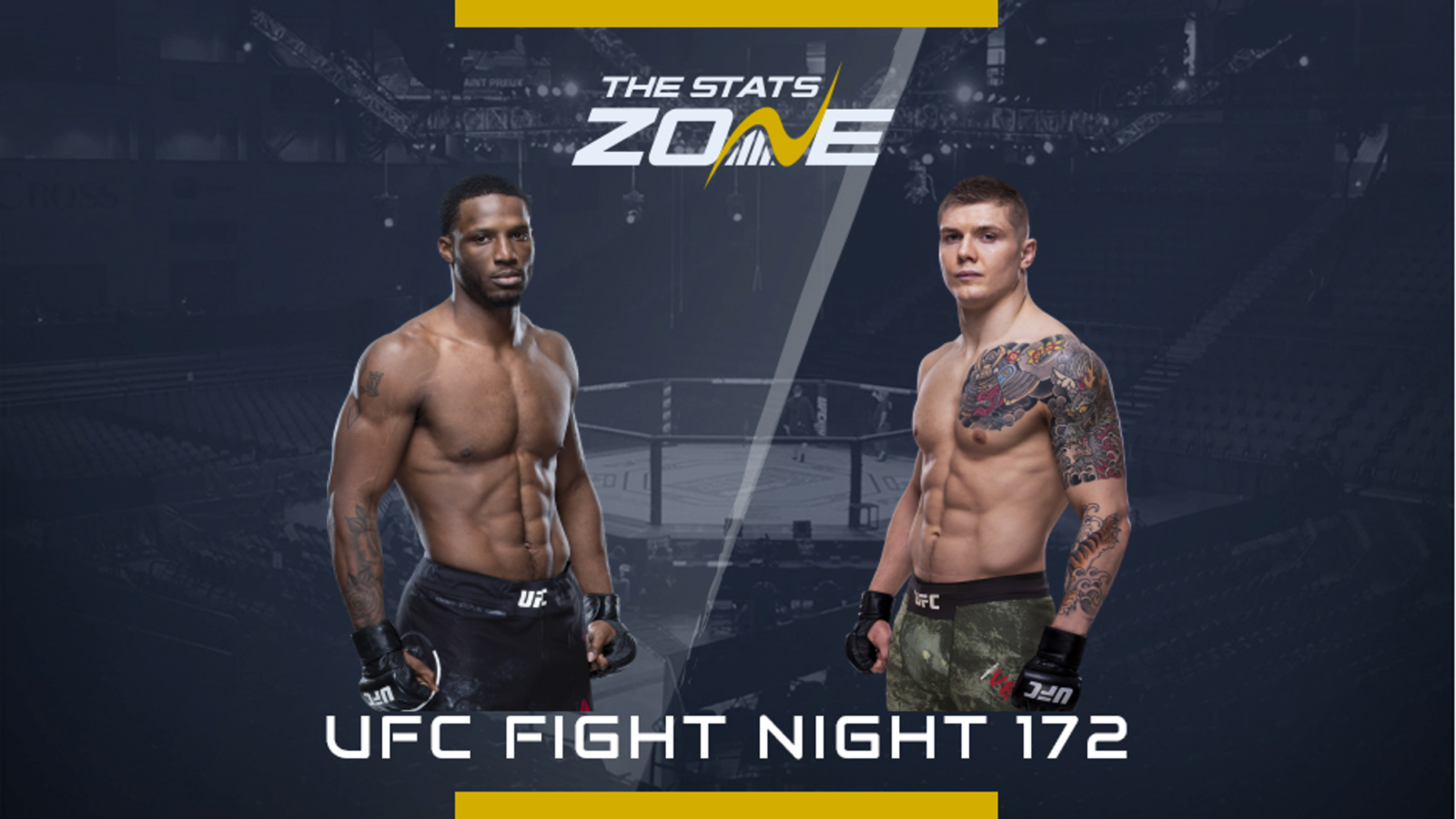 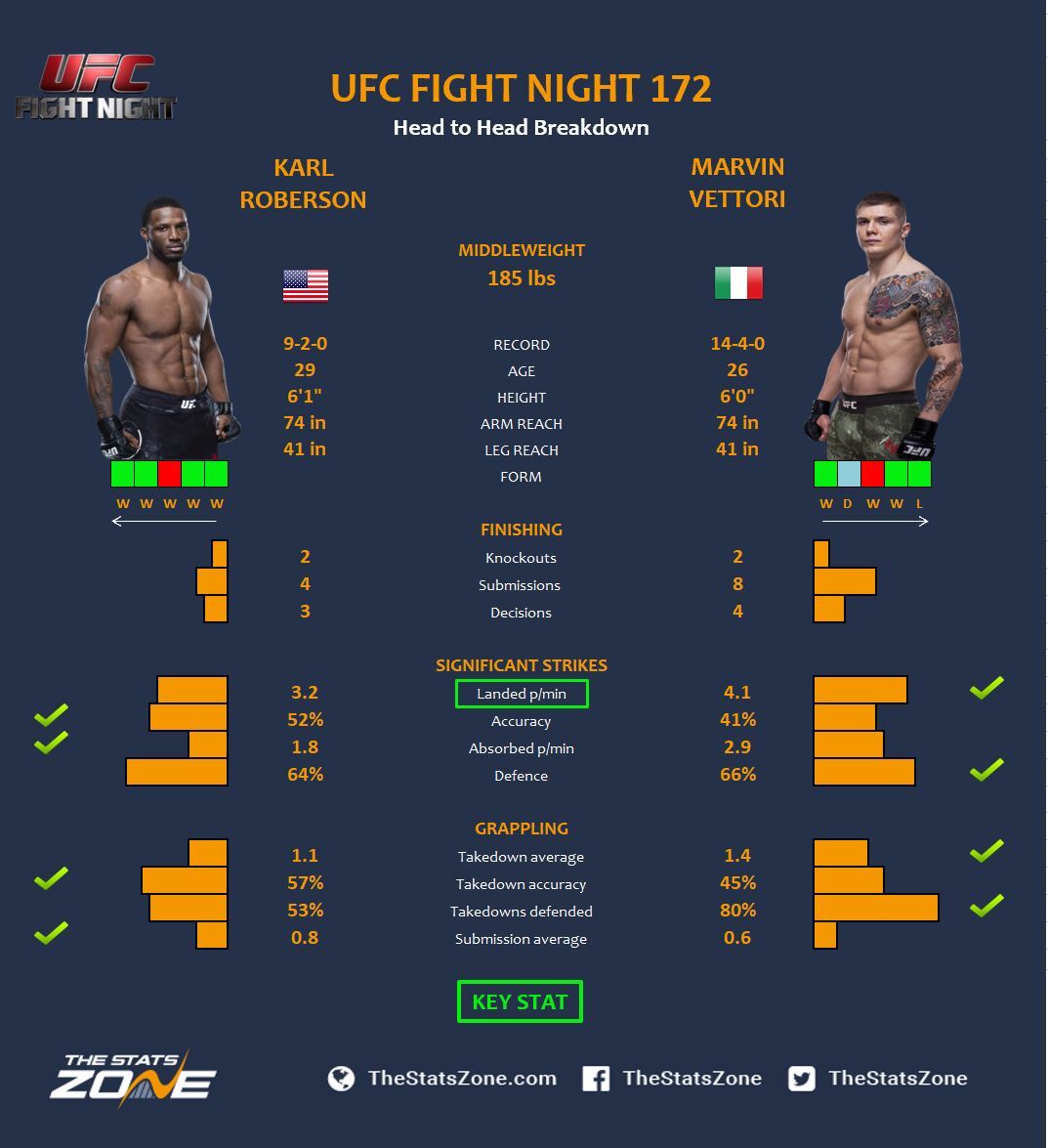 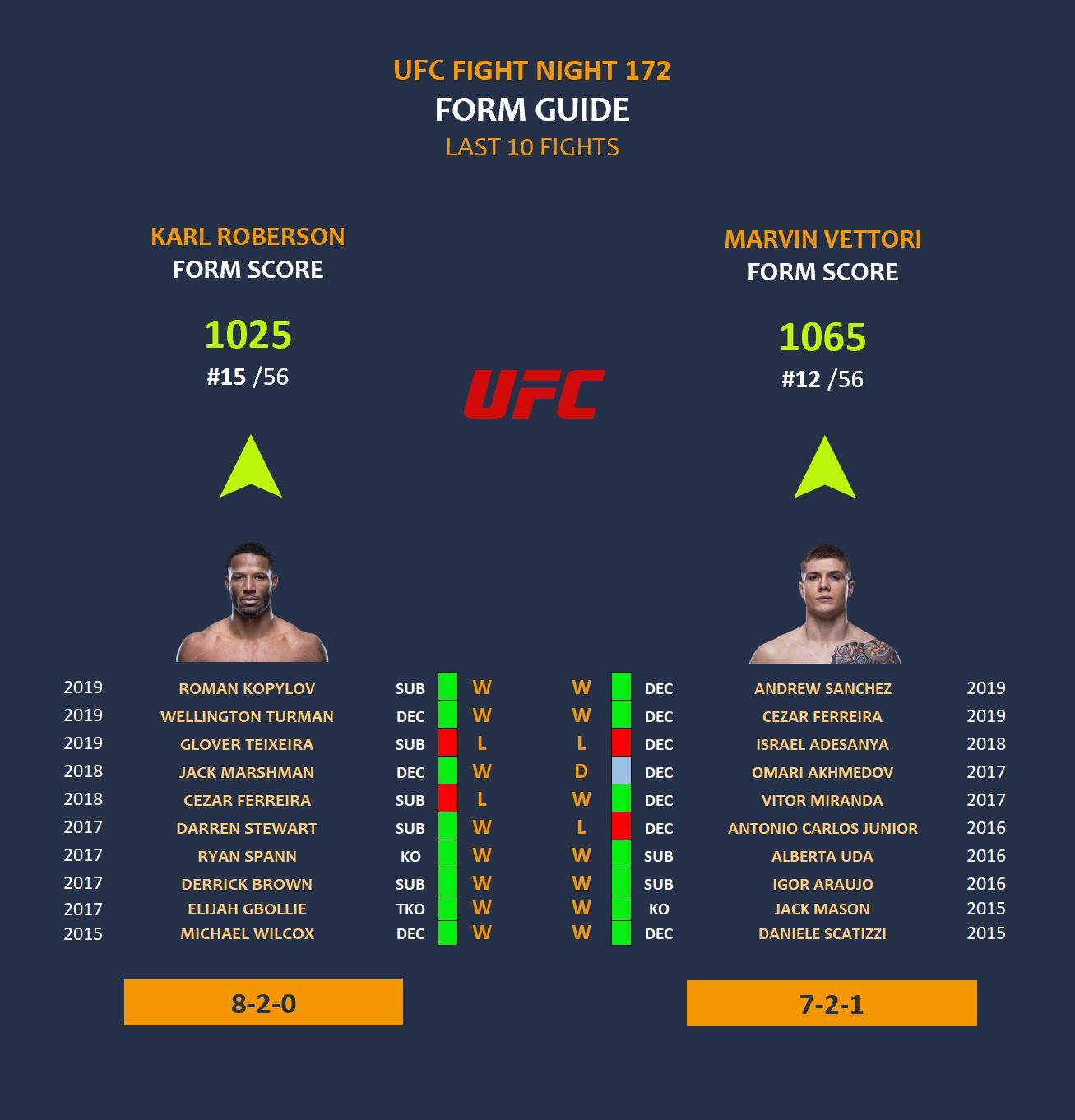 After various fight cancellations and postponements, Karl Roberson and Marvin Vettori finally meet at UFC Fight Night 172 in what has to be the most fascinating fight on the card.

Roberson is ready after dropping out of his fight with Vettori at the last minute at UFC Fight Night 171 due to a botched weight cut. Roberson was also scheduled to fight Makhmud Muradov at UFC 249, but he could not fly out due to travel restrictions. He now meets an angry Vettori and comes into this fight with two wins - a decision over over Wellington Turman and a submission over Roman Kopylov.

Vettori was also scheduled to fight Darren Stewart in London before UFC Fight Night 171 and he has been raging with all the disruption. He went off on Roberson in the hotel lobby after the American dropped out last minute and the Italian's frustrations are understandable but he needs a cool head to build on his own two-fight winning streak (decisions over Cezar Ferreira and Andrew Sanchez).

These two tough and powerful middleweights are expected to put on an attritional and exciting battle. Roberson is a beast with many tools in the locker as a top grappler and almost put Glover Teixeira away with his hands which very few of the elite have managed to do.

However, Vettori is also a beast and we have not seen the best of him yet. He should be able to take everything Roberson can throw at him. He can also grapple and is an excellent technical striker with a great chin. This will be competitive, but it could be the start of a long streak for Vettori.