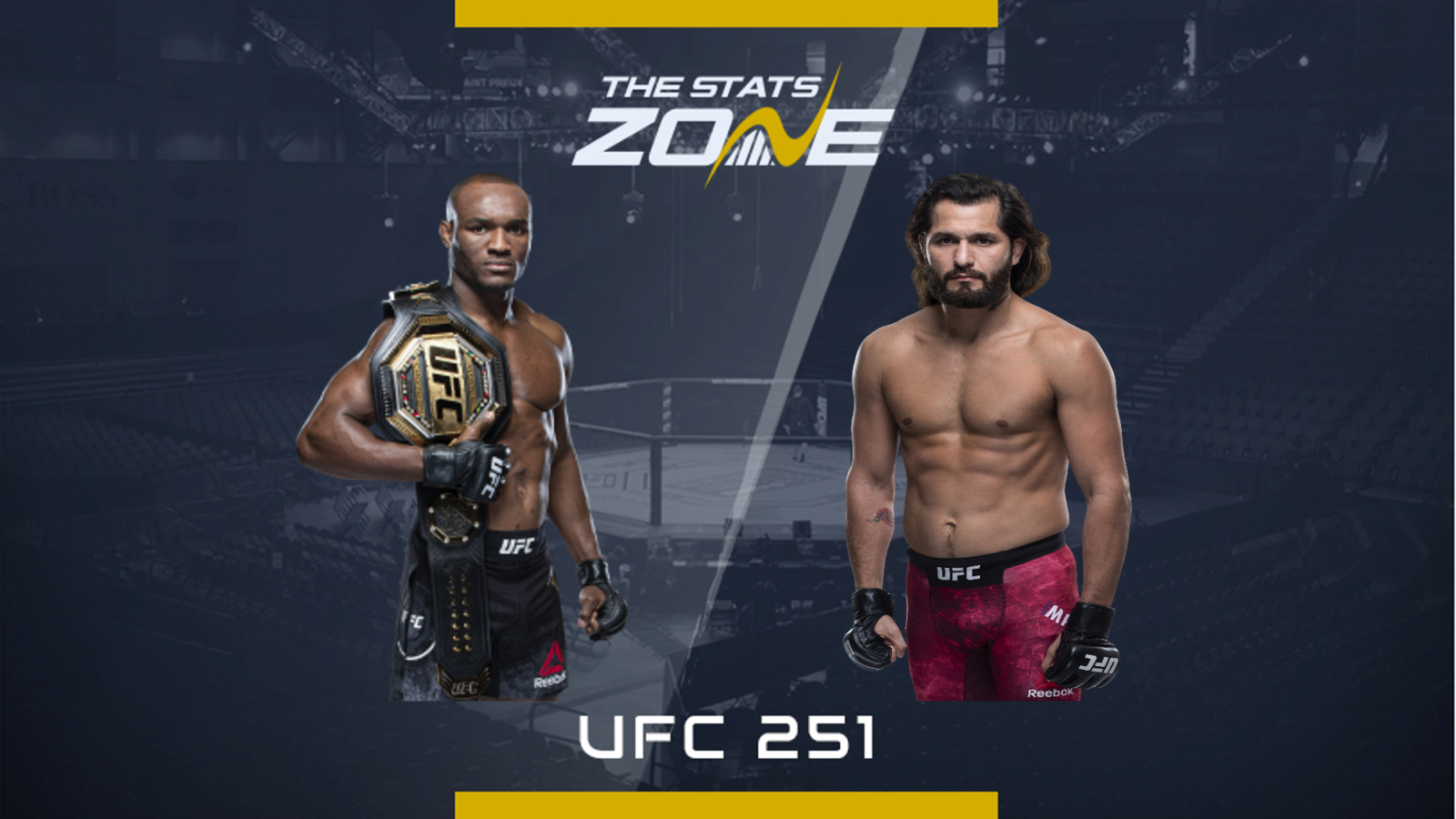 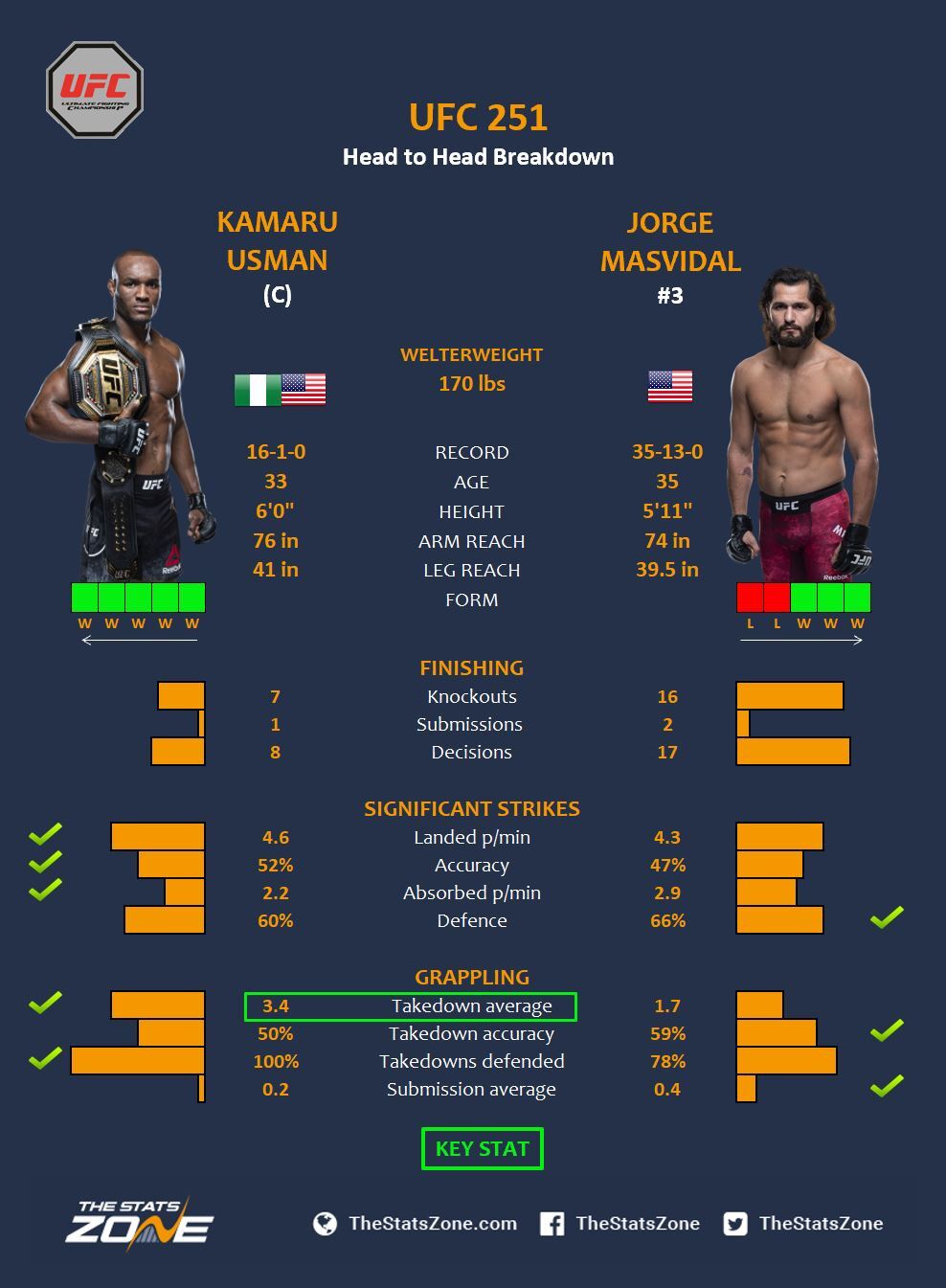 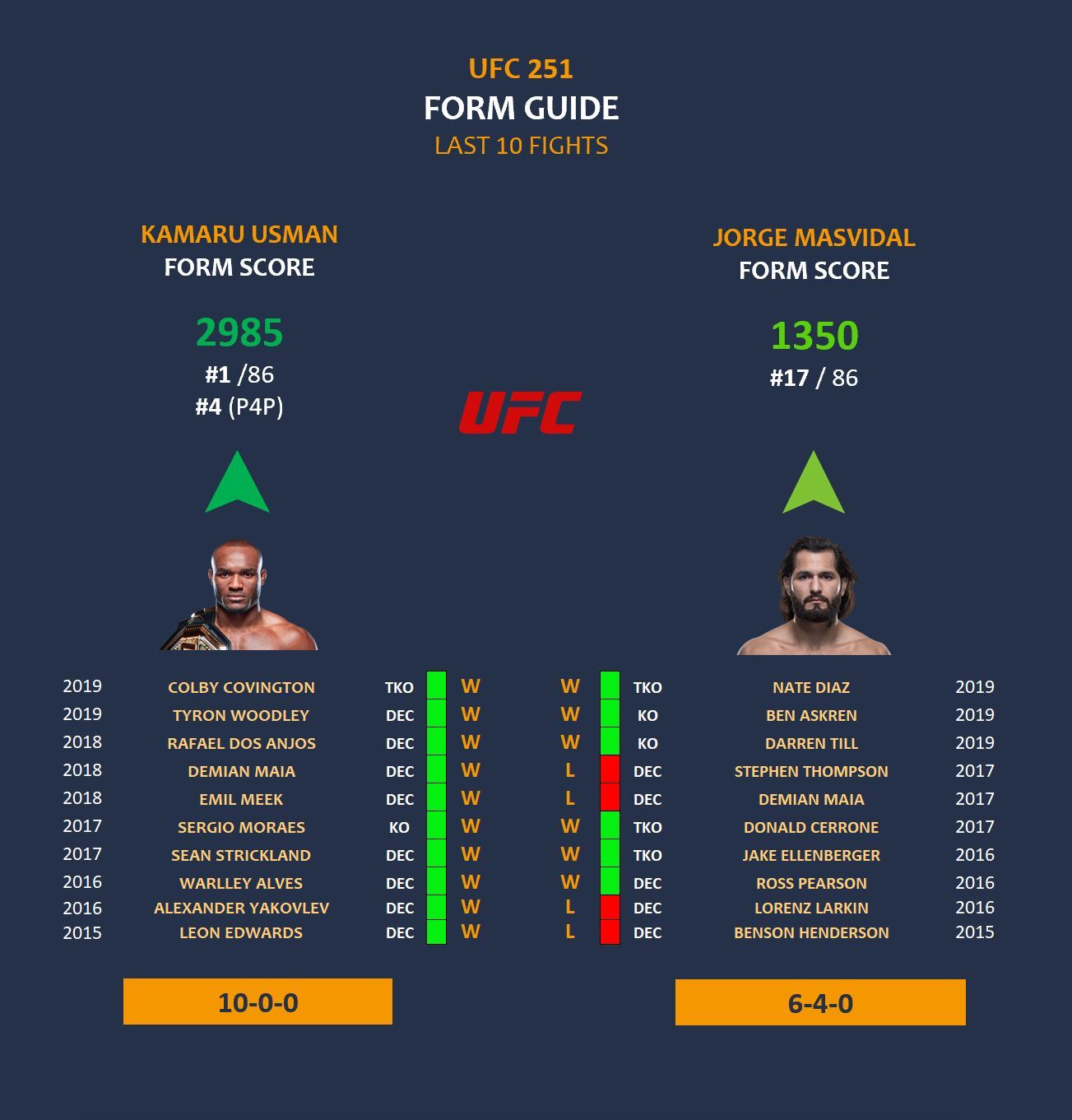 Gilbert Burns rose out of the pile of welterweight contenders to fight the champion Kamaru Usman, but Covid-19 took the Brazilian down. Thankfully, Jorge Masvidal has stepped up to the plate on short notice to take the shot that should have been his in the first place.

With Burns, Masvidal, Leon Edwards and Colby Covington all in the mix for Usman at some point and being the first crop of fighters heading into the searing head on fight island, preparations have not been ideal but Usman is a real champion and has remained available throughout. He is also the 4th most in form fighter in the UFC winning his last 15 and finishing Covington on his first title defence in his last outing.

Masvidal probably has the highest stock in the UFC right now and his popularity is only soaring higher after taking this fight on short notice. He is coming off three super high-profile knockouts over Darren Till, Ben Askren and Nate Diaz and has a very high form score considering he has only won six of his last 10 fights.

Masvidal is the man right now and defending your belt against him on short notice after moving training camps to train for Burns is as dangerous as it gets. Despite this, the odds are stacked against him as Usman is a terrible match-up for him. ‘The Nigerian Nightmare’ is at the top of the food chain when is comes to endurance and wrestling and the heat will only make it harder to survive his pressure.

Masvidal has a clear striking advantage and considering how hard it will be to endure the championship rounds, he may have to take a similar approach to the Askren fight.

Usman’s biggest threat could be his own ego if he thinks he can stand up with Masvidal. The longer the fight stays on the feet, the more likely it is he will fall into one of Masvidal’s traps and get knocked out but Usman will try and close any distance and is likely to take him down as soon as possible in each round to grind out a decision.