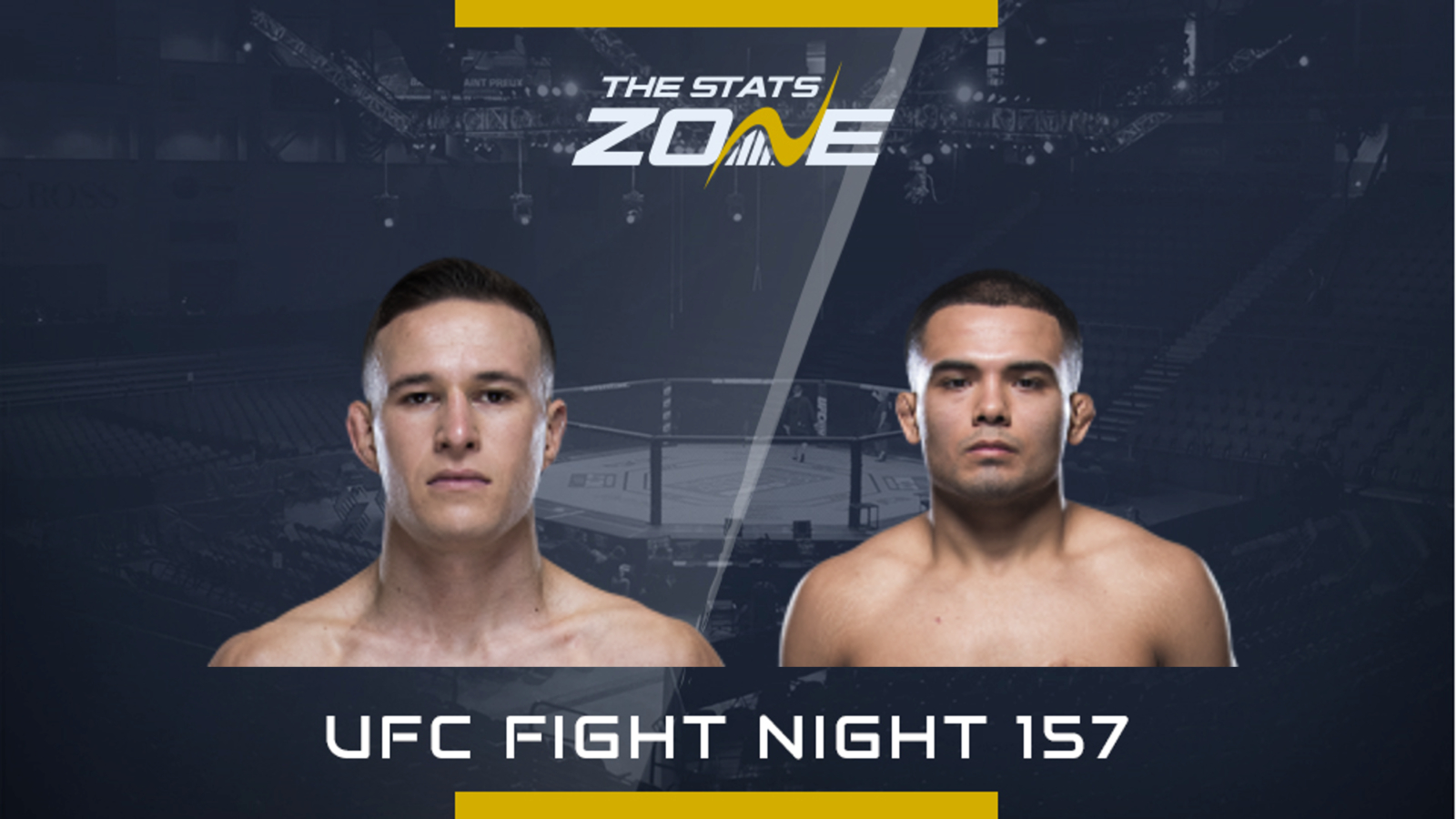 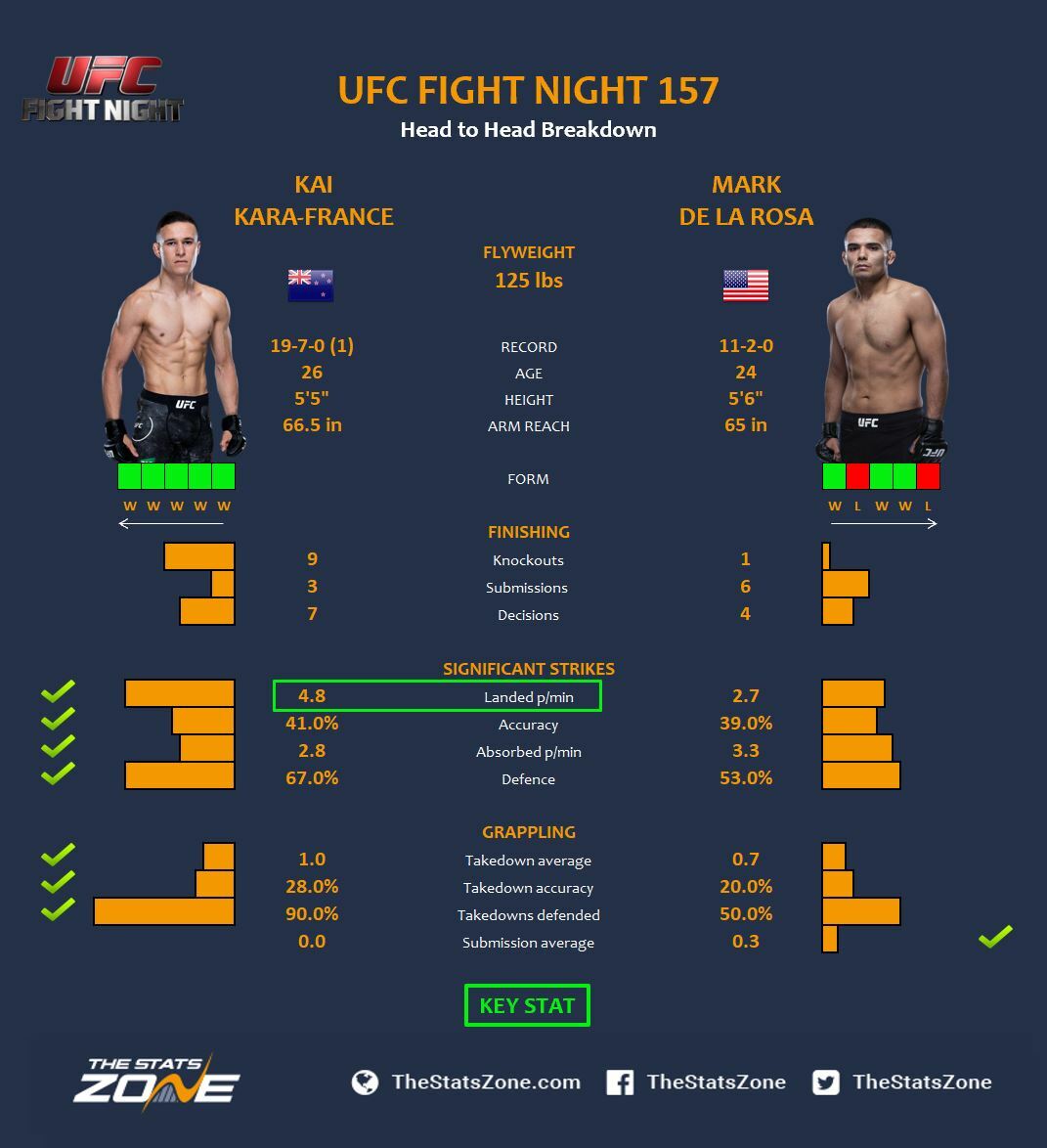 Two young guns in the flyweight division are desperate for a win and to keep the dissolving division on the map. Kai Kara-France and Mark De La Rosa have a lot of potential and talents worthy of being in the UFC.

One of the new breed of fighters from New Zealand, Kara-France has truly found his form in the last few years. He has only lost once in his last 13 fights and is on a seven-fight winning streak. He has won both of his UFC fights via decision – Elias Garcia on his debut and Raulin Paiva in his last fight.

De La Rosa arrived to the UFC unbeaten in nine fights but tasted the step-up in competition when he met Tim Elliot on his debut. He got submitted but bounced back with a submission of his own against Garcia and then a decision over Joby Sanchez. However, he is coming off a unanimous decision loss to Alex Perez.

Both fighters are very well-rounded but Kara-France’s strengths lie in his striking and De La Rosa's in his grappling. So, De La Rosa’s best chance will be taking Kara-France to the floor and looking for a submission.

However, we have seen very little of his wrestling so far in the UFC and Kara-France has great takedown defence which is likely to keep the fight on the feet, where his power will take the fight away from De La Rosa.