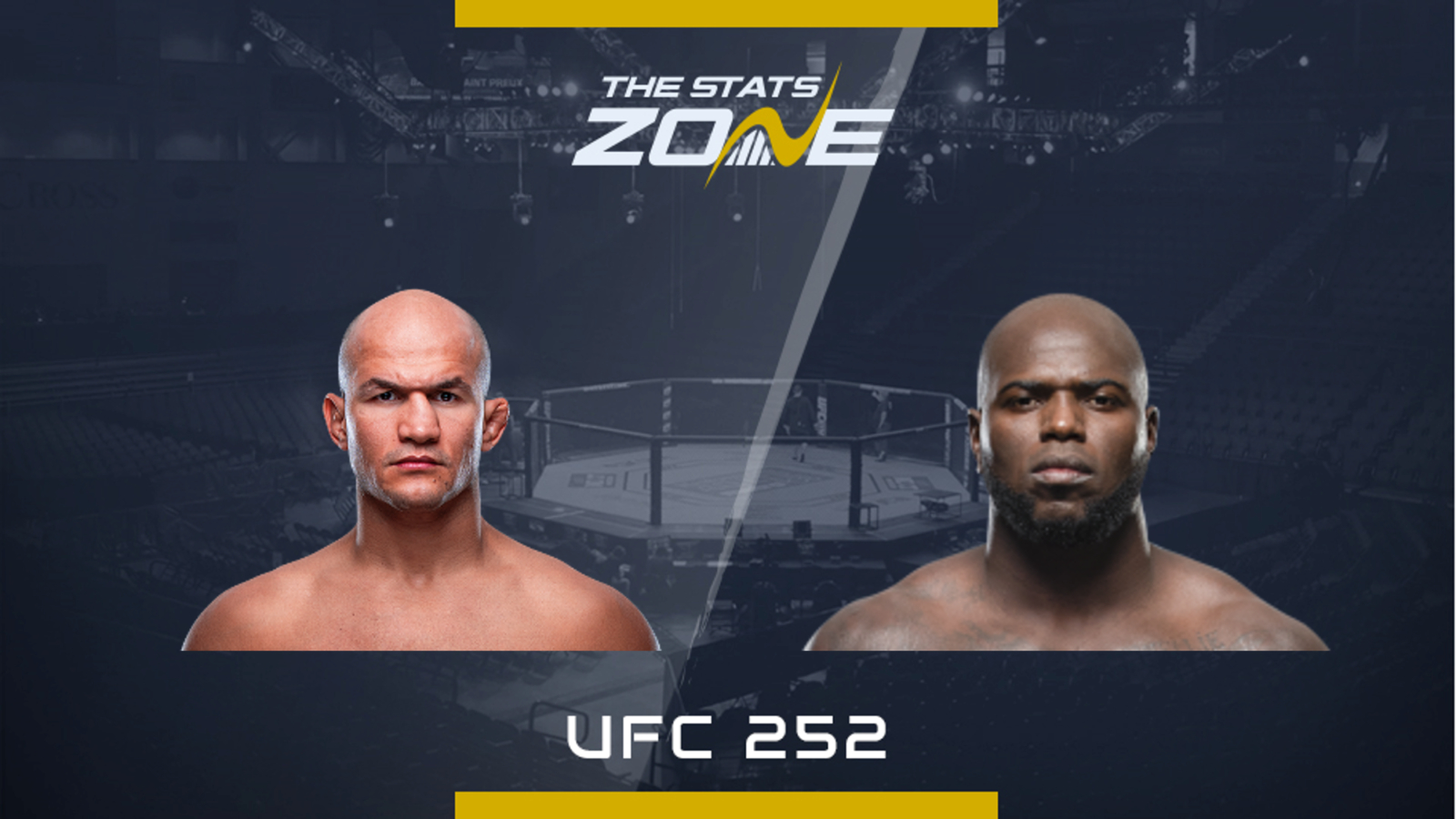 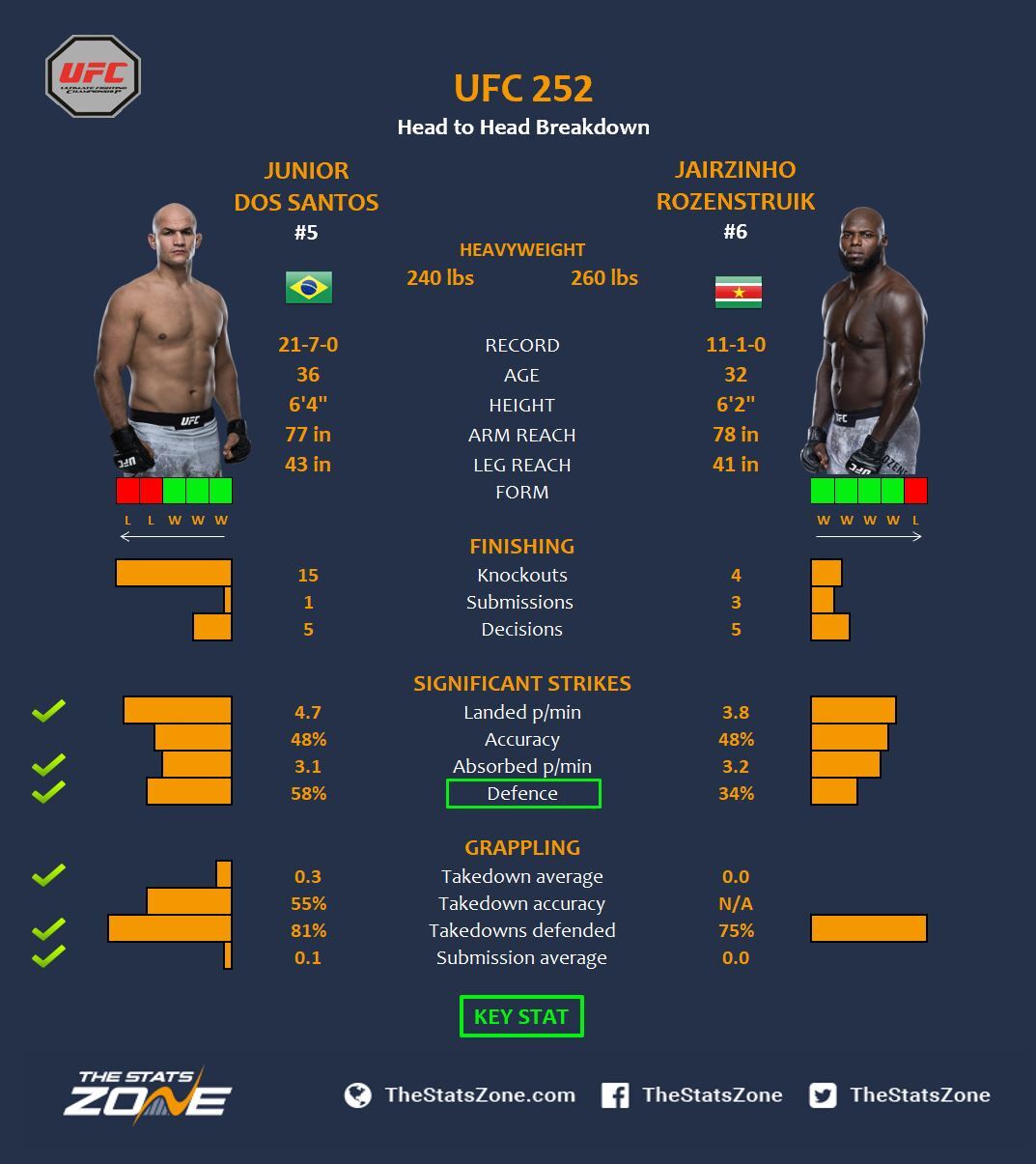 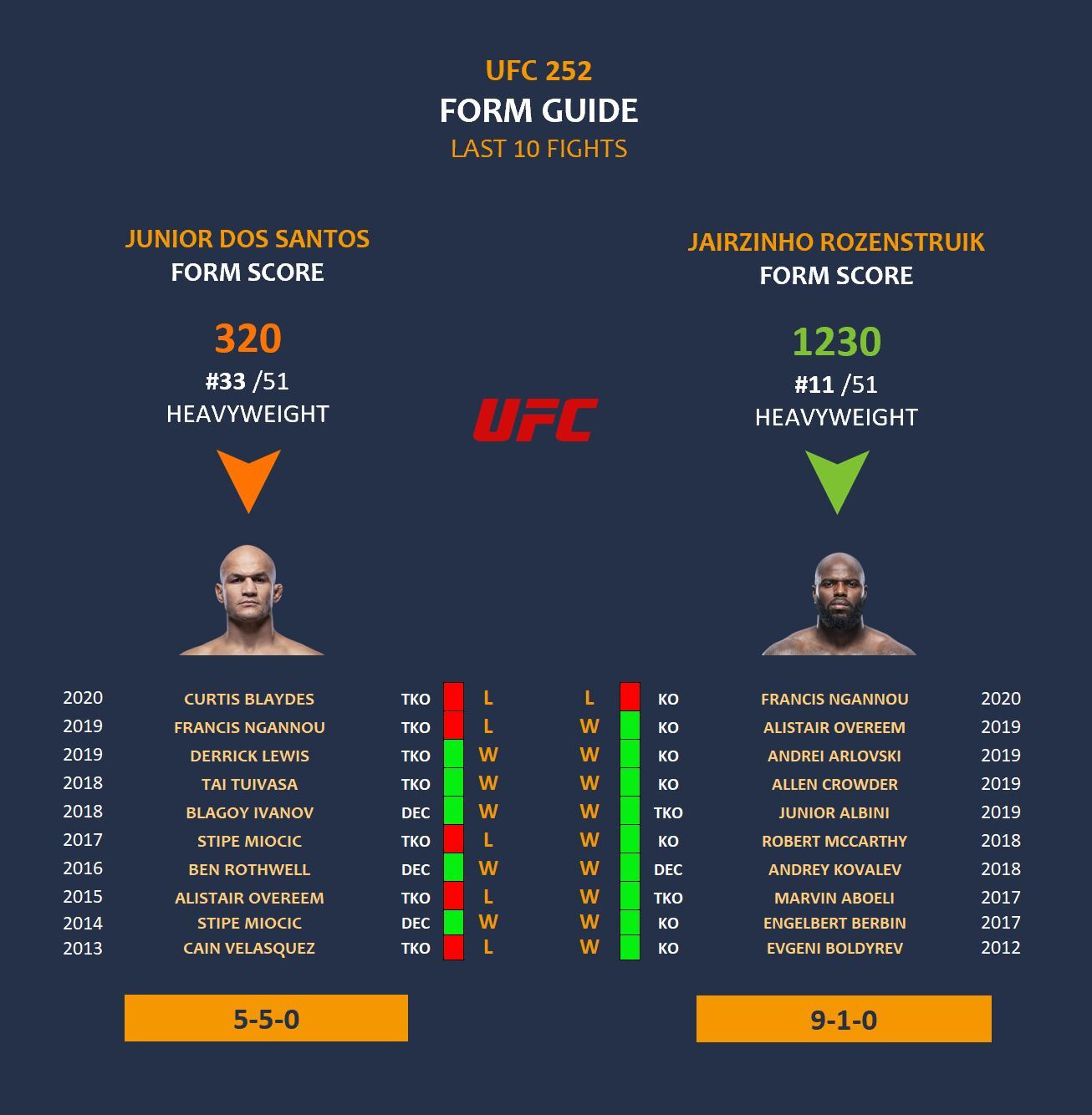 Junior dos Santos and Jairzinho Rozenstruik have received a royal taste of their own medicine of late both coming off knockouts.

The former heavyweight champion is coming off two in fact, firstly to Francis Ngannou and most recently the shock finish against Curtis Blaydes. Everyone gets slept by Ngannou but getting knocked out on the feet by Blaydes was a real shock and losing five of his last 10 has sees dos Santos in the bottom half of the form table.

It was Rozenstruik’s turn to experience the wrath of Ngannou’s power in his last fight. The accomplished kickboxer was in soaring form sitting proudly on a 10-0 record with nine knockouts prior but was left a crumpled heap in 20 seconds. Now, him and dos Santos hope to dust themselves off and get back in the win column.

On paper, this is an exceptional match-up. Two world class, technical strikers with unholy power. The real question is how much damage they can take as dos Santos’ chin has racked up a lot of miles on the clock and Rozenstruik was sent into another dimension in his last fight.

Dos Santos is the better all round mixed martial artist with more tools and experience and it would be a great time to showcase his grappling. Although he will not have to worry about being taken down this time, his last fight was a real worry and Rozenstruik only needs to find the chin once. Their offence is never in doubt but their defence will have to be flawless here and dos Santos has looked more vulnerable recently.