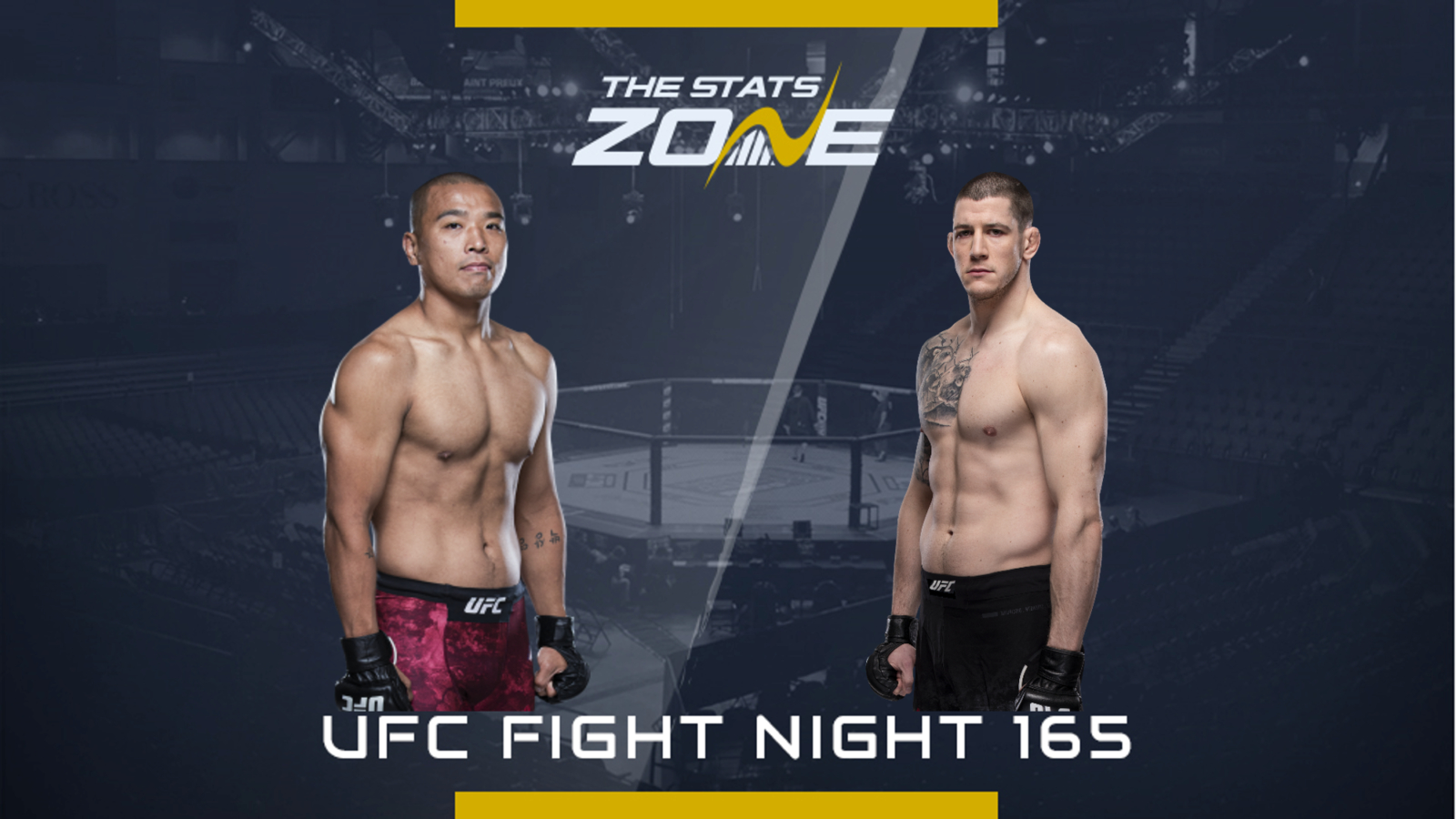 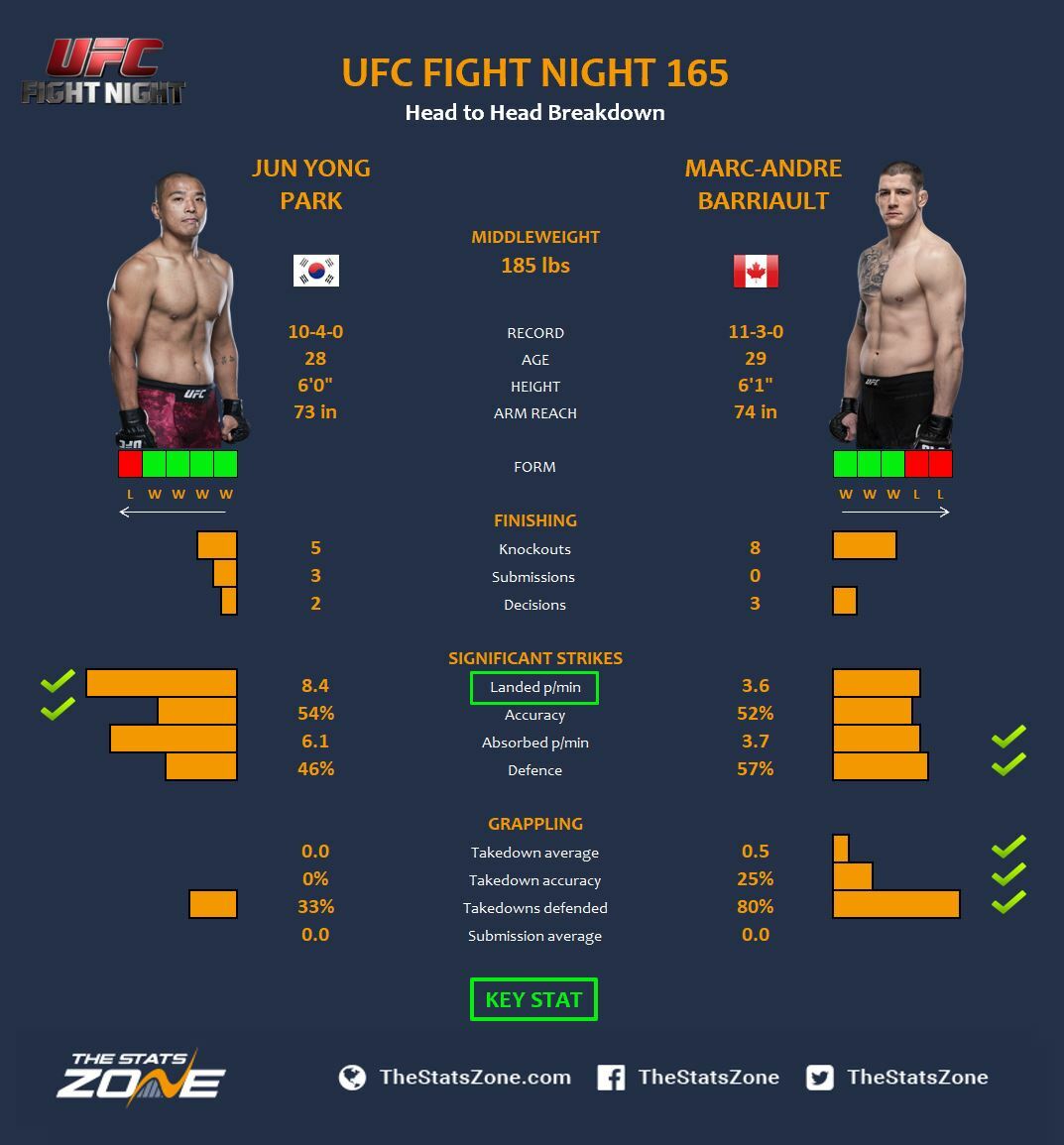 Jun Young Park welcomes Marc-Andre Barriault to South Korea as both middleweights are desperate for their first UFC win.

Park got his UFC opportunity off the back of seven straight wins which included three knockouts and three submissions. However, he lost his debut against Anthony Hernandez who ended Park’s winning run with an anaconda choke.

Barriault also steamrolled his way to a UFC contract but had a tough assignment for a UFC debut. He met the seasoned Andrew Sanchez who out-grappled him to a unanimous decision. He then suffered another decision loss to a resurgent Krzysztof Jotko, but forced a split decision that time.

They are both under heaps of pressure to get a UFC win. Barriault wants to prevent a three-fight skid and Park is fighting on home soil so this could create cagey performances. They are both strikers by trade so whoever is more confident and relaxed on the night should get their hand raised.