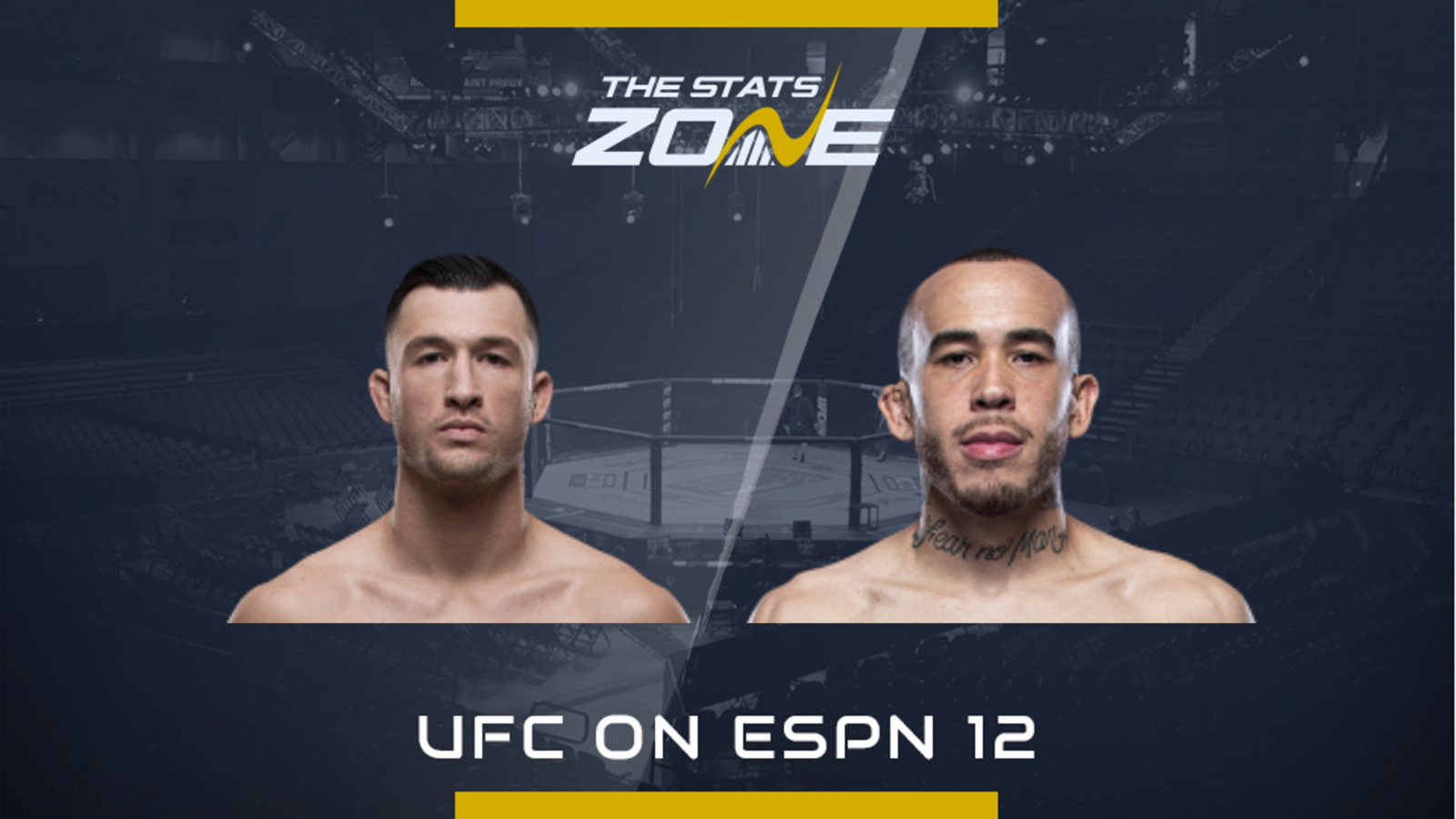 Julian Erosa stepped in to face Sean Woodson after Kyle Nelson dropped out on Wednesday so Erosa has had little chance to prepare for this bout. The veteran returns to the Octagon after being cut for a second time back in 2019 having lost his last three bouts and while he holds a record of 23-8, he has gone 1-4 in the UFC with his sole win coming in The Ultimate Fighter 22 Finale back in December 2015. He has a good record on the regional circuits but he has found the UFC a little too hot to handle.

Sean ‘The Sniper’ Woodson brings a 100% winning record into this fight having won all seven of his professional MMA bouts. After earning his UFC contract in Dana White’s Contender Series in the third season, he won his first fight at UFC on ESPN 6 via decision against Kyle Bochniak. Four of the wins have come via the judges’ scorecards but he will be keen to avoid that here.

Sean Woodson will have to contend with a late change in opponent but that will not phase the unbeaten 28-year-old. The Sniper has improved with every fight and while he may not possess the same level of experience as his opponent, he will have the edge in confidence and momentum. Erosa has lost his last three fights in the UFC and two of those came via knockout, and it is difficult to make a case for him avoiding a similar fate here.