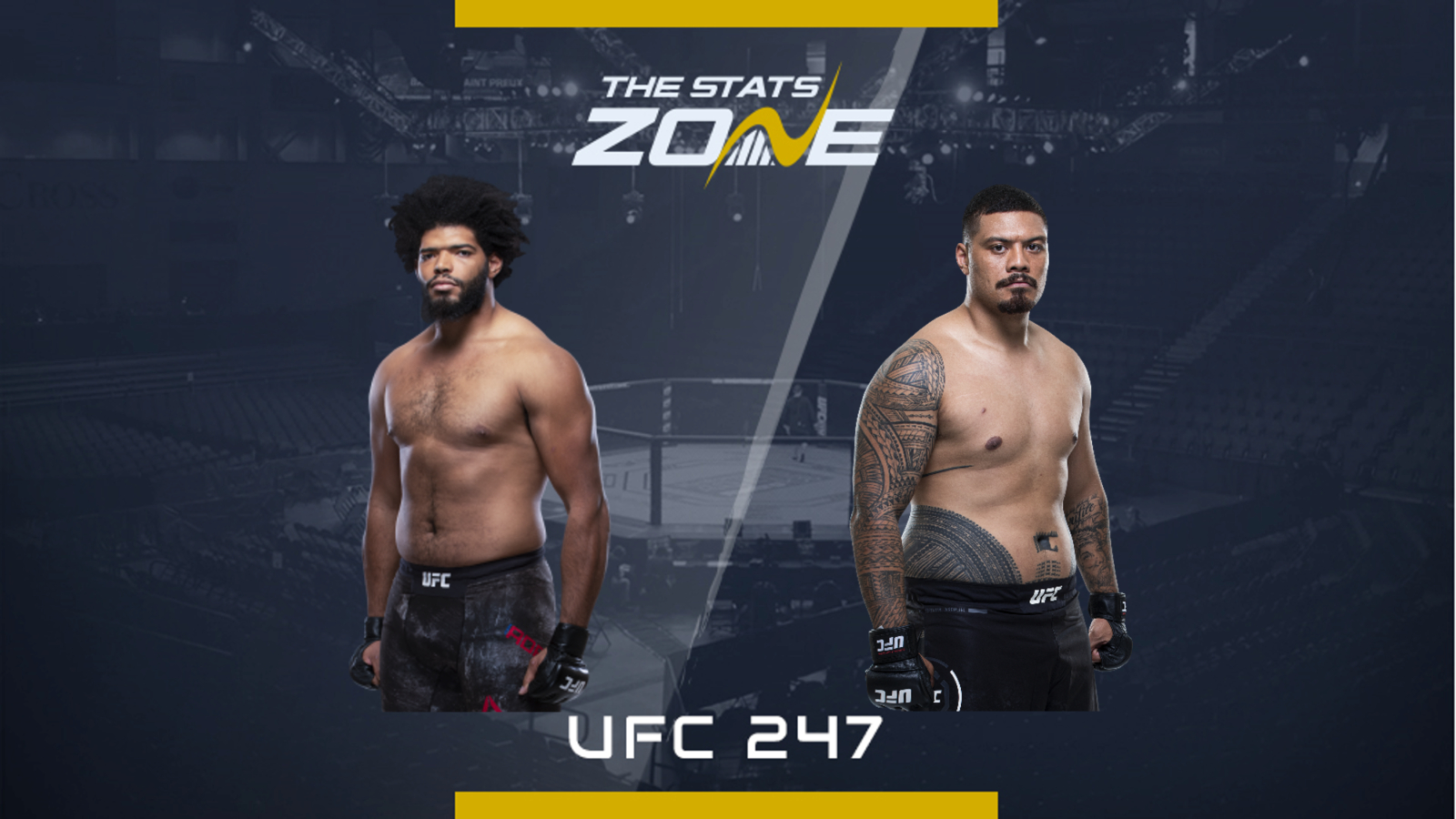 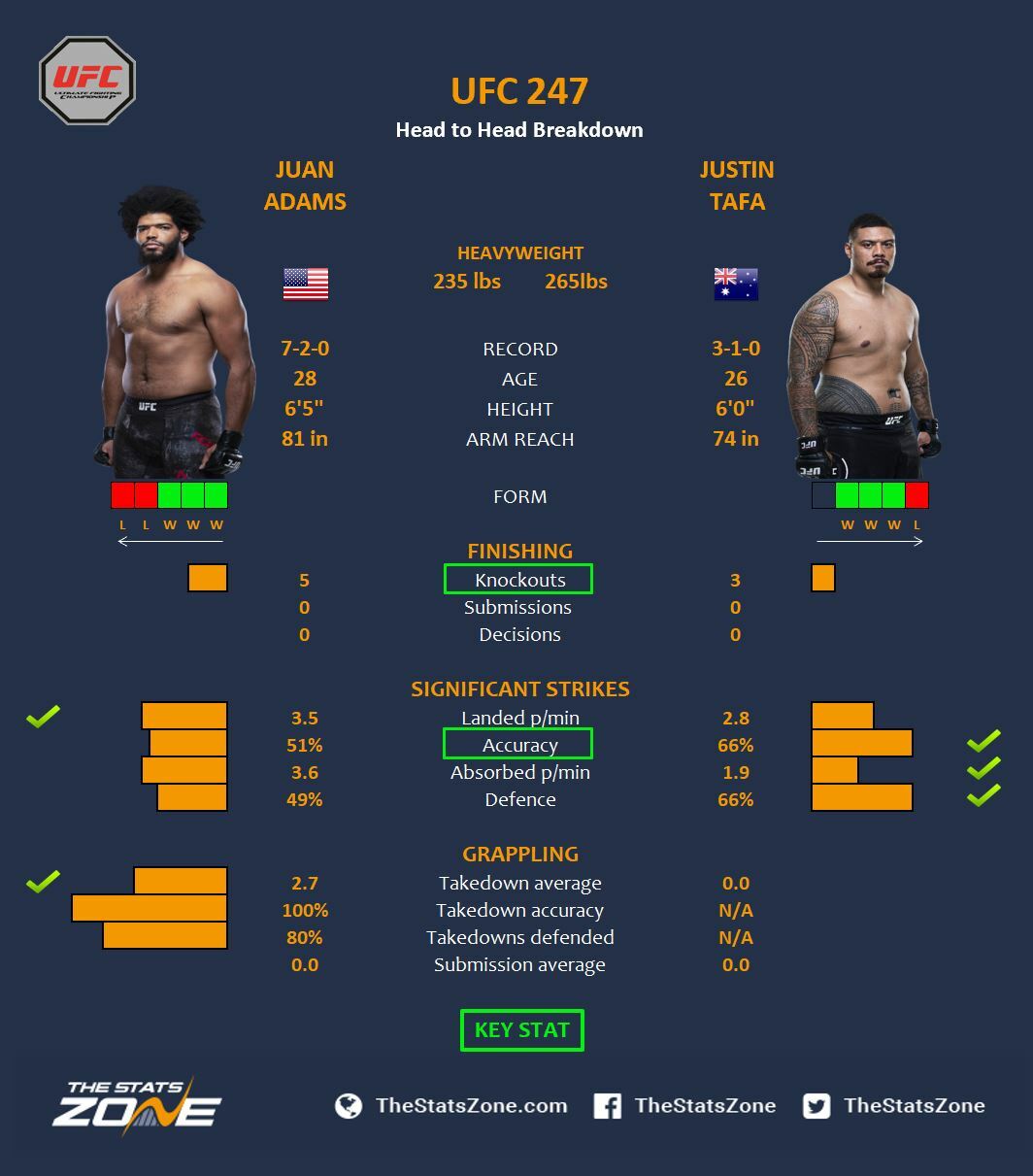 Two rotund sluggers set up the main events in Houston with Juan Adams taking on Justin Tafa - both fighters looking to bounce back from losses.

After going 5-0, Adams is on a two-fight skid and desperate to get back to winning ways. He won his UFC debut with his fifth knockout, finishing Chris de la Rocha in the third round round, but is coming off a unanimous decision loss to Arjan Bhullar and a quick knockout courtesy of Greg Hardy.

The heavy-hitting Aussie won his first three fights by dusting Dylan Tiaaleaiga, Jeremy Joiner and David Taumoepeau for the XFC promotion. However, he experienced the step-up in competition of the UFC in the most violent way possible, suffering a hellacious knockout against Yorgan De Castro.

It will be interesting to see how Tafa looks after that brutal knockout. He is tough but the punch from De Castro could have put anyone away. If he arrives to Houston confident and aggressive like usual, he has the power to put Adams to sleep with one punch.

However, he needs to be calculated as Adams also has knockout power and a significant seven-inch reach advantage. He is expected to use his wrestling to get the fight to safety, especially coming off two losses. If he is successful, expect an onslaught on the ground but he has to avoid the bombs from Tafa first.