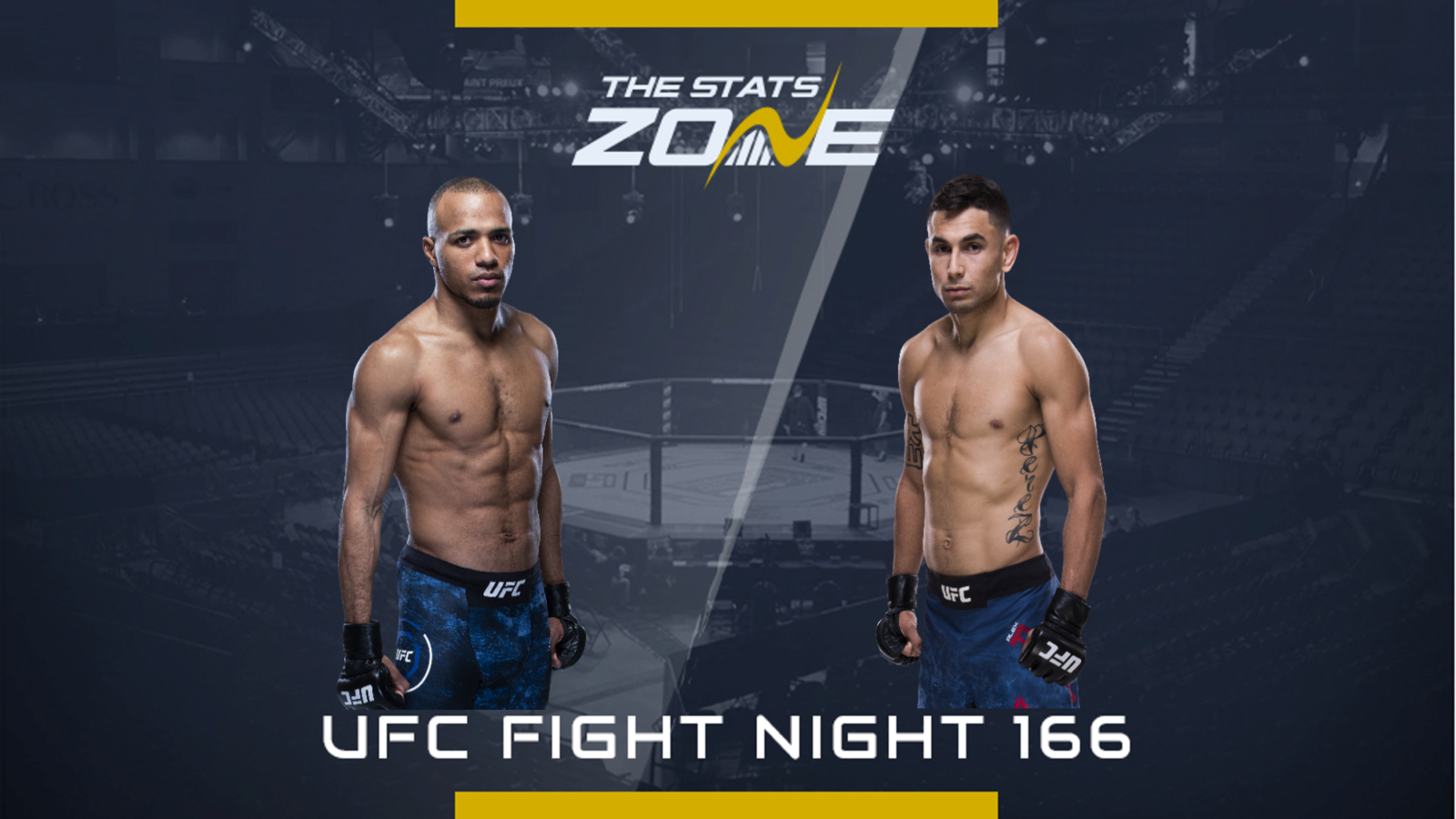 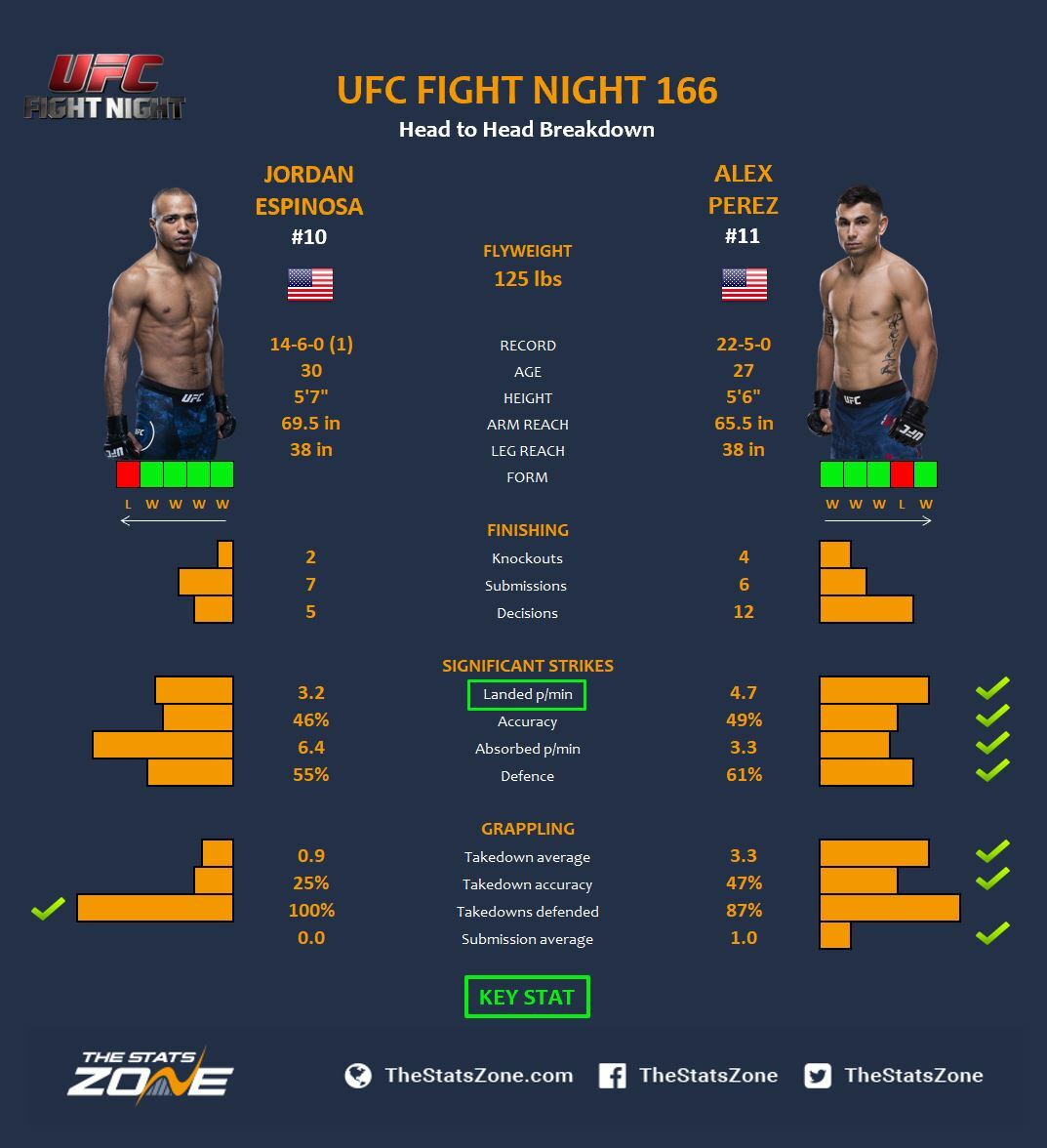 The flyweight division is still standing as Jordan Espinosa and Alex Perez look to show off their talents at UFC Fight Night 166.

After four wins, two of them on Dana White’s Contender Series, Espinosa earned his UFC debut and got off to a great start by earning a unanimous decision over Eric Shelton. However, Espinosa got his five-fight winning streak snapped by Matt Schnell in his last fight back in August.

Perez was riding his own super impressive eight-fight winning streak which included three UFC fights and also a unanimous decision over Eric Shelton. After that win, he knocked out Jose Torres but then met one of the best flyweights of all time in Joseph Benavidez and got finished in the first round. However, he bounced back in his last outing with another decision over Mark De La Rosa.

This should be a very fast-paced scrap and is likely to have a mix of everything as they are so well-rounded. Perez edges most of the stats and although this is destined to be a close contest, Perez’ output should clinch the rounds mixing in takedowns, clinches and a consistent high output of strikes.