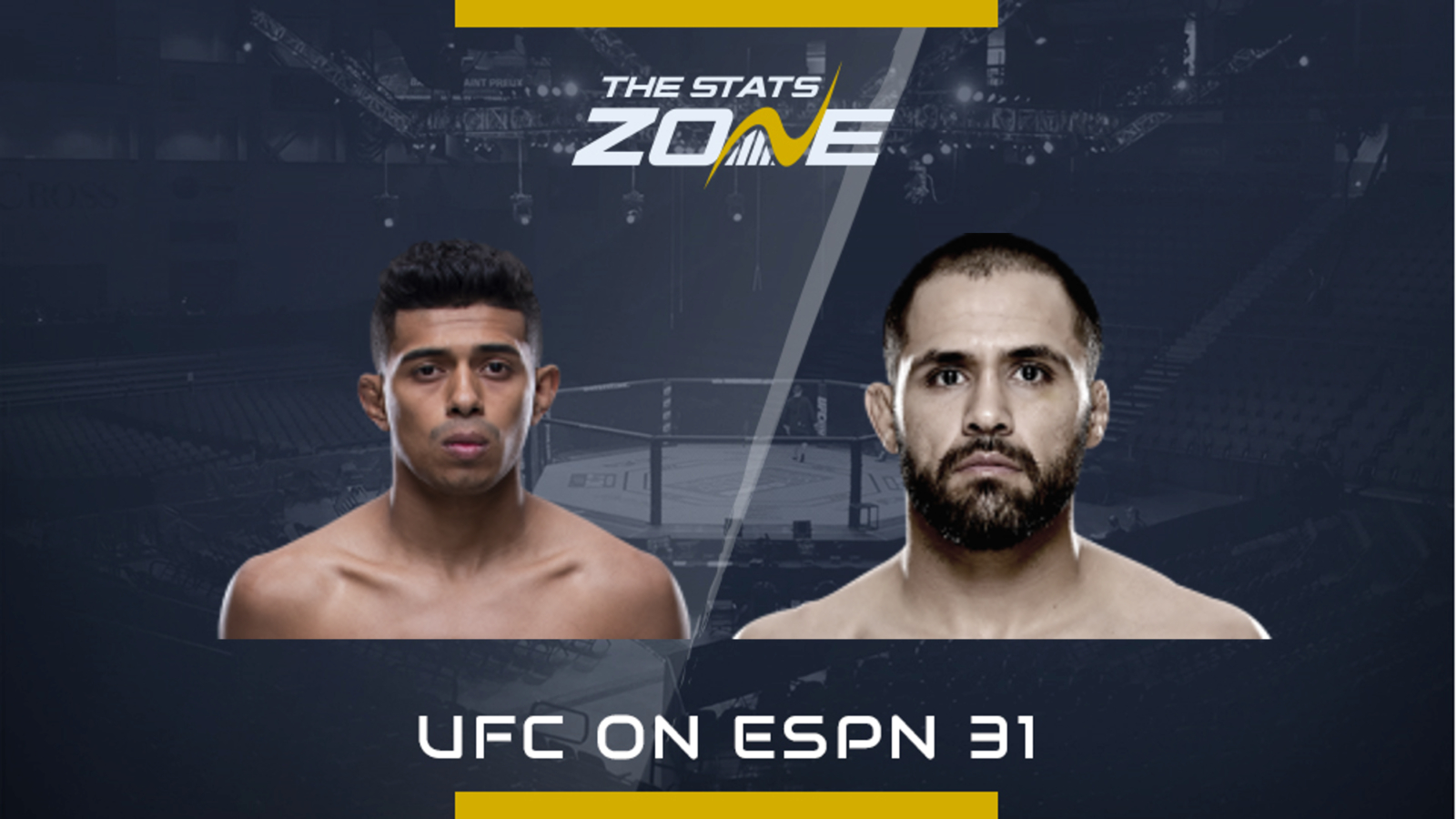 Jonathan Martinez comes into this bout carrying a 11-3 record but he will hope to bounce back from a split decision loss last time out at the hands of Andre Ewell. His fight prior to that was a stunning knee KO of a Liu Pingyuan in a Performance of the Night display. Other than that knockout, he has found stoppages harder to come by since joining the UFC with his other three fights all going to the judges’ scorecards but he will be keen to impress here.

UFC veteran Frankie Saenz is also coming off a defeat as he suffered a first knockout at the hands of Marlon Vera in March 2019. He has had over 16 months out of the Octagon since then and he will be desperate to improve on his recent record where he has lost four of his last six bouts. Much will depend on how much the 39-year-old has left in the tank after that difficult loss last time out.

This is an interesting matchup as Martinez faces off against Saenz with both coming off defeats and needing a win here to arguably extend their UFC careers. Saenz has a strong resume and he has shared the Octagon with some of the best in the UFC such as Urijah Faber, Eddie Wineland and Marlon Vera. Whether he has anything left after a knockout loss last time out at his age, remains to be seen. This will not be an easy assignment against the game Martinez. His opponents 13 years his junior and while he does not possess Saenz’s skillset, he could have the edge in energy and certainly in power. A Martinez knockout is a viable outcome otherwise expect this fight to go the distance.