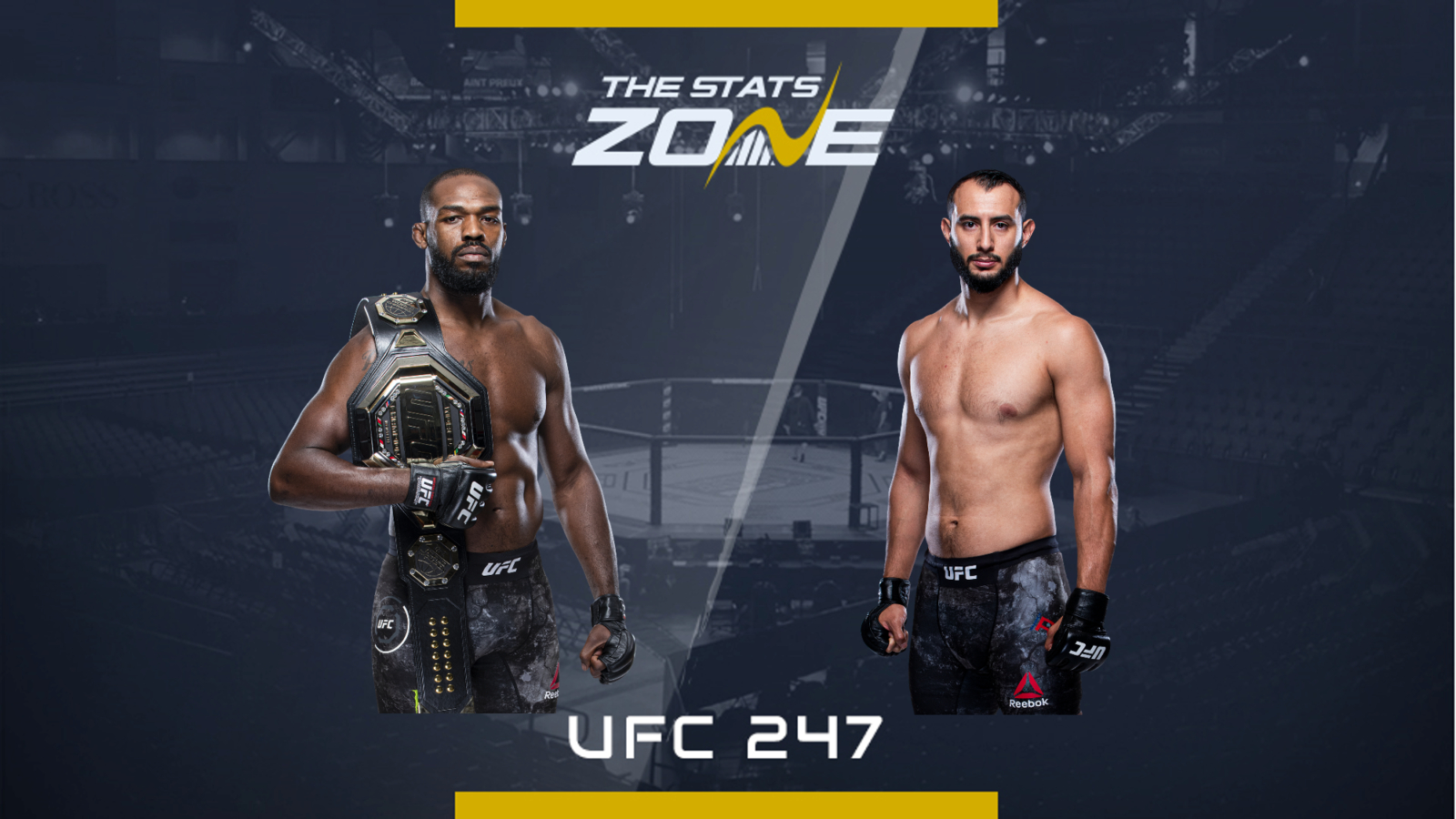 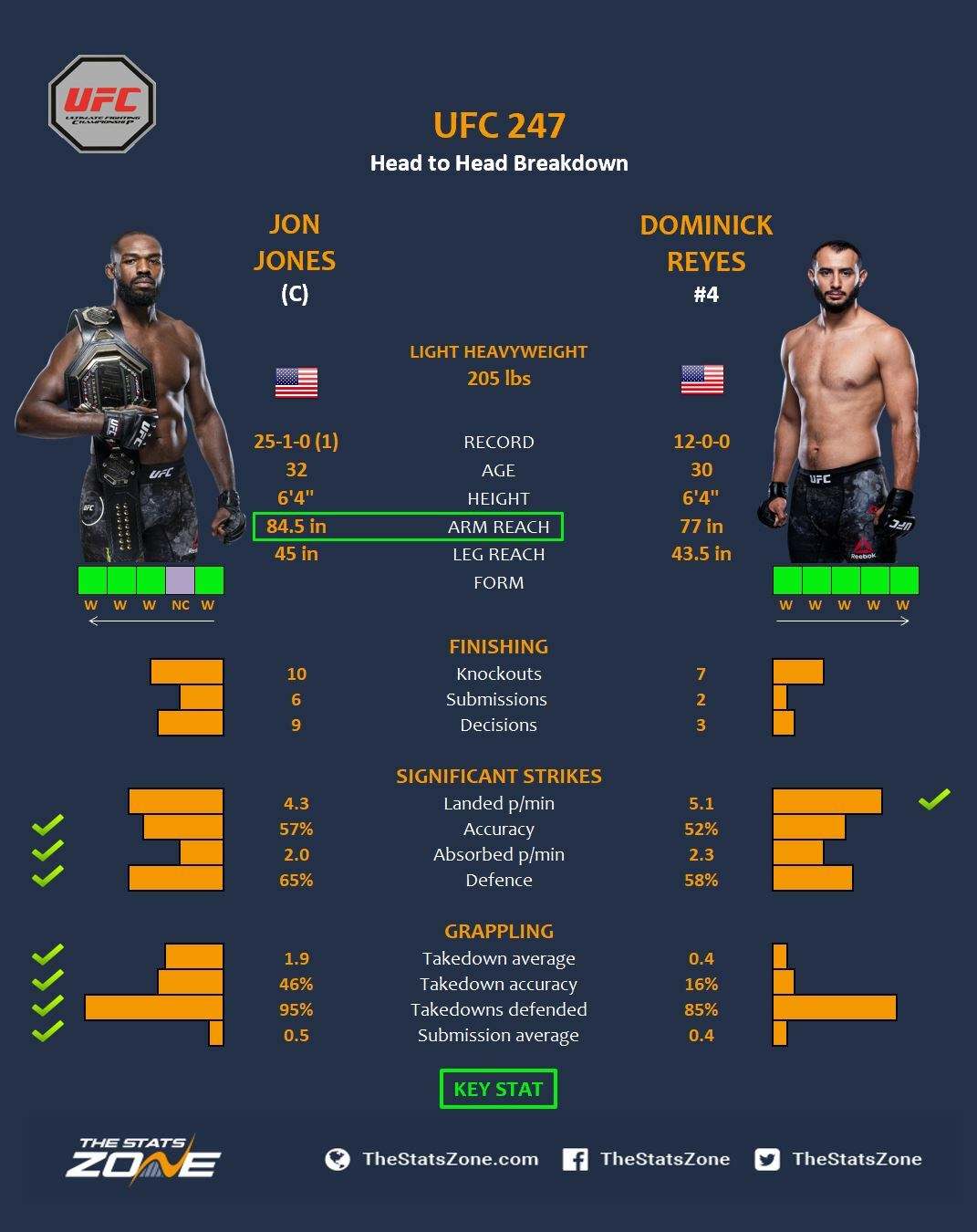 The greatest light heavyweight of all time steps out in Houston for his 15th title fight. His next challenger - the surging and unbeaten, Dominick Reyes.

There is a lot of talk about Jon Jones’ supposed decline in form. However, he is still beating the best of the best and has never looked in great trouble. To continue defending a belt against young savage after savage is the hardest feat in MMA and nobody has come close to dethroning him. It seems the only fighter that can beat Jones is himself as he is always in touch with controversy. After his knockout win against Daniel Cormier was overturned after failing a drugs test, he has gone on to beat Alexander Gustafsson, Anthony Smith and Thiago Santos. He now welcomes the next young beast in line – Reyes.

Reyes is unbeaten and one of the best natural athletes in the division. The former defensive back has quickly risen to the top of the division in just six UFC fights. After three finishes he met the experienced gatekeeper Ovince Saint Preux and won a unanimous decision but knocked him out on the bell proving he is a real threat in the division. Then, after another decision over Volkan Oezdemir and a dispatching of the former middleweight champion Chris Weidman, Reyes earned his shot at gold.

Reyes is confident he is the man to finally topple the champion and he will look to do so on the feet but how will he negate that reach of Jones? Jones has the joint-longest reach in the UFC and he uses it masterfully. Reyes is going to have to be ultra-aggressive and use his footwork to set up his power left hand and high kick which can easily catch Jones from the southpaw position, but he can’t hesitate to pull the trigger.

Reyes has proven he can grapple with the best but Jones will willingly clinch to tie Reyes up and unleash sharp elbows and dirty boxing. Reyes needs to avoid this and try and pierce through the defence of Jones from a distance. Reyes will be the heavy underdog, but he has nothing to lose and fights like a veteran. He has a great chance of becoming the champion, but Jones is motivated and proven to be a different class time and time again on the big stage. If he can get his hands on Reyes he can pile on the damage like he did to Glover Teixeira and even find a submission late on.