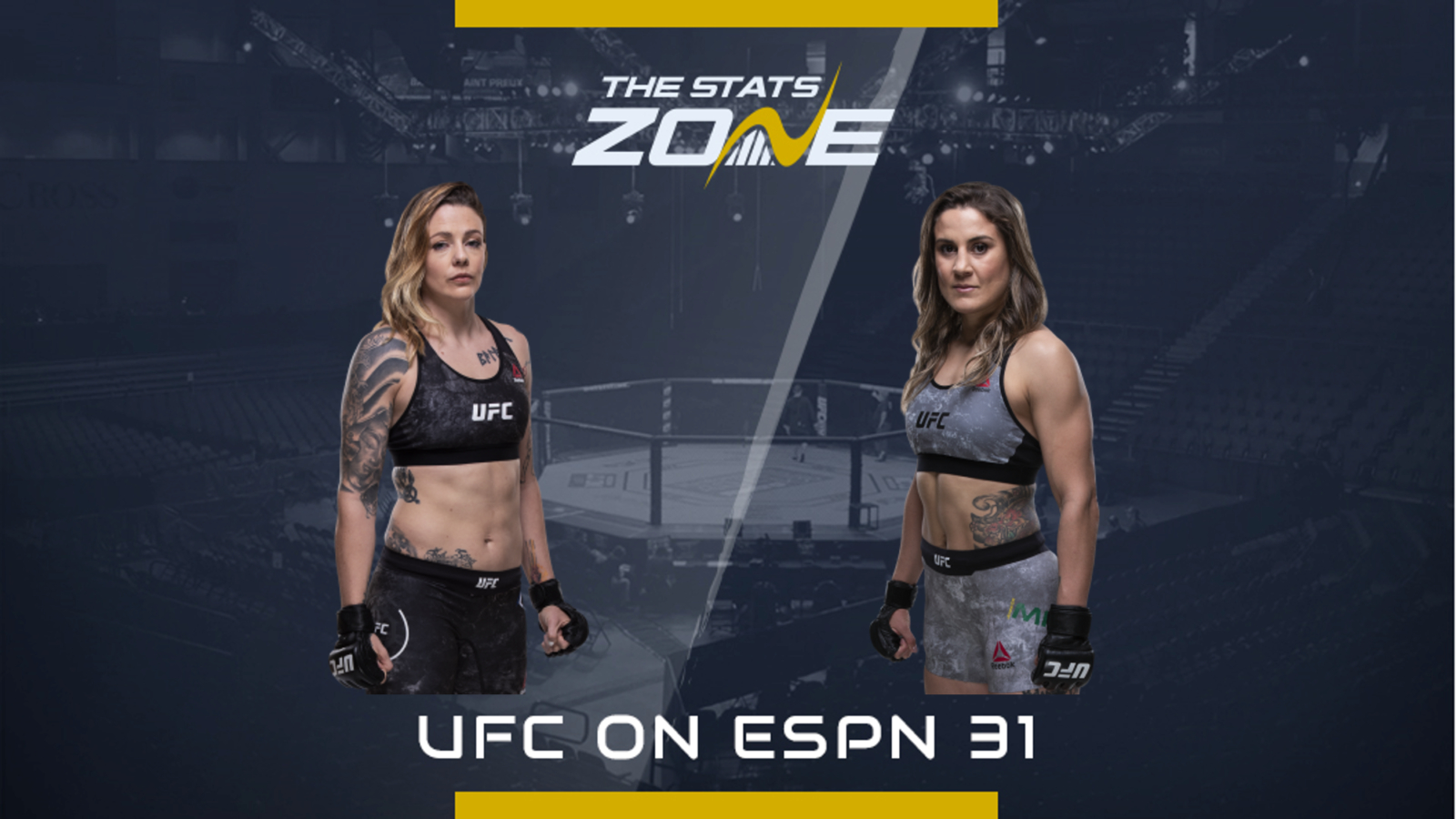 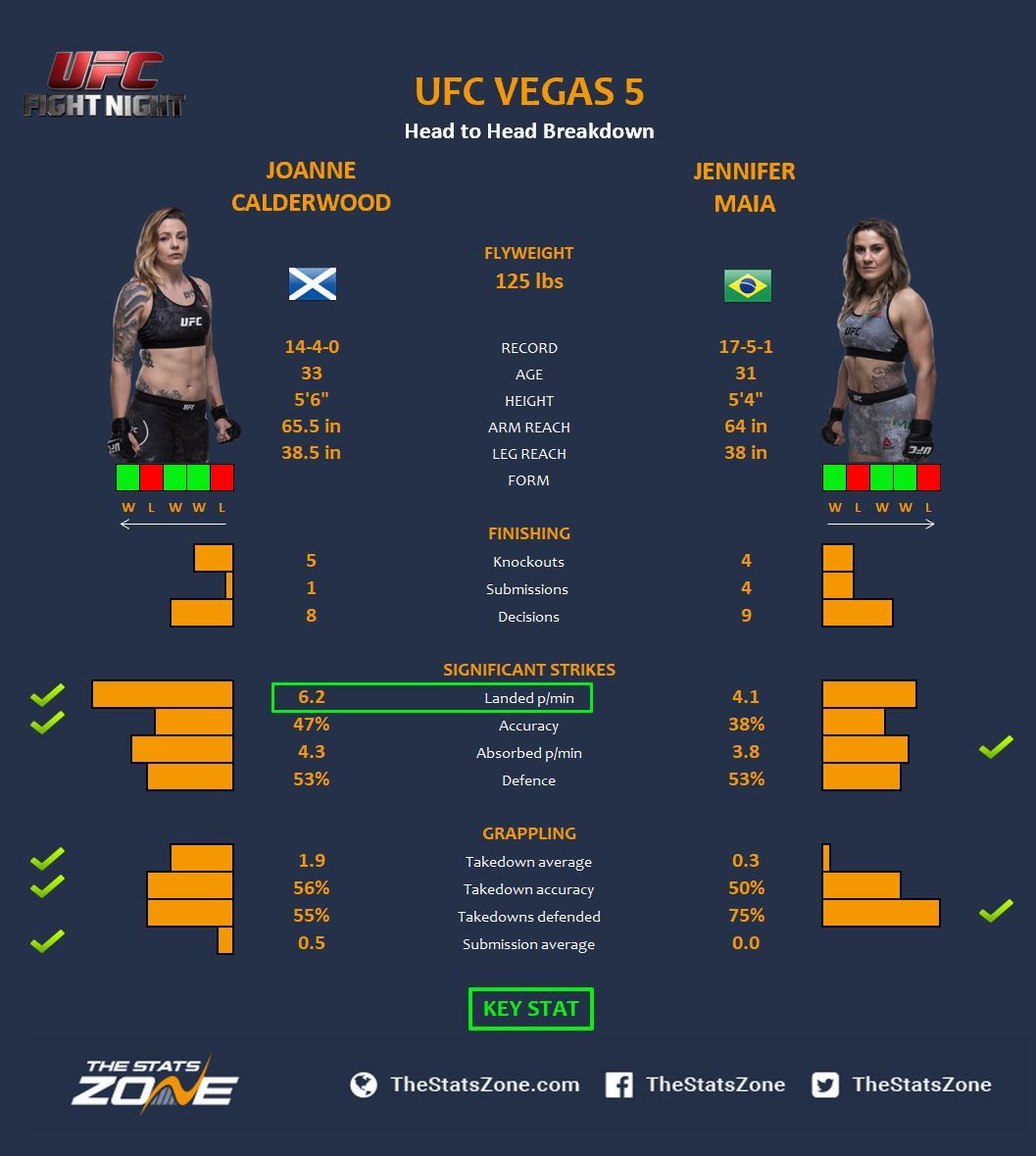 With no viable contenders for Valentina Shevchenko at the moment, an impressive win could easily bag Joanne Calderwood a title shot. After a brilliant submission over Kalindra Faria and decision over Ariane Lipski, Calderwood suffered the fourth setback of her UFC career losing a decision to Katlyn Chookagian. However, she bounced back with a hard-fought decision over Andrea Lee in her last outing.

Jennifer Maia was also on the wrong side of a unanimous decision to Chookagian which was her last fight back in November. She is now 2-2 in the UFC after losing her debut to Liz Carmouche, but she has very impressive decision wins over veterans Alexis Davis and Roxanne Modafferi.

This is likely to be a three round stand-up battle with an exciting display of boxing and Muay Thai. The flyweight division is crying out for a stand-out performance and they will both want a finish, but the judges will more than likely be called upon.

It seems, Maia’s biggest opponent has been the scale and if she struggles with the weight again, Calderwood will exploit any deficit in energy with her relentless output and ultimately sway the judges with her diverse attack.