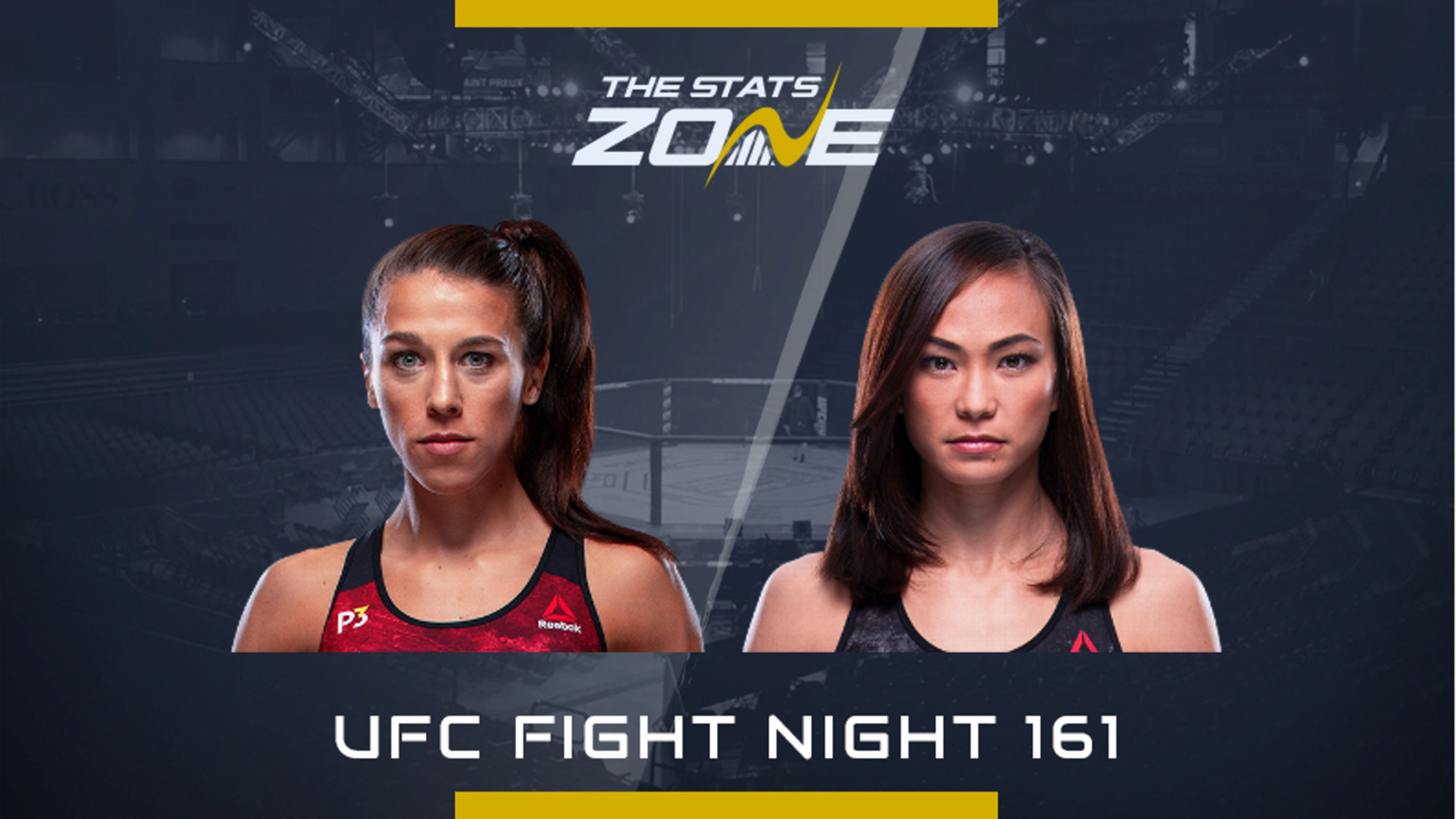 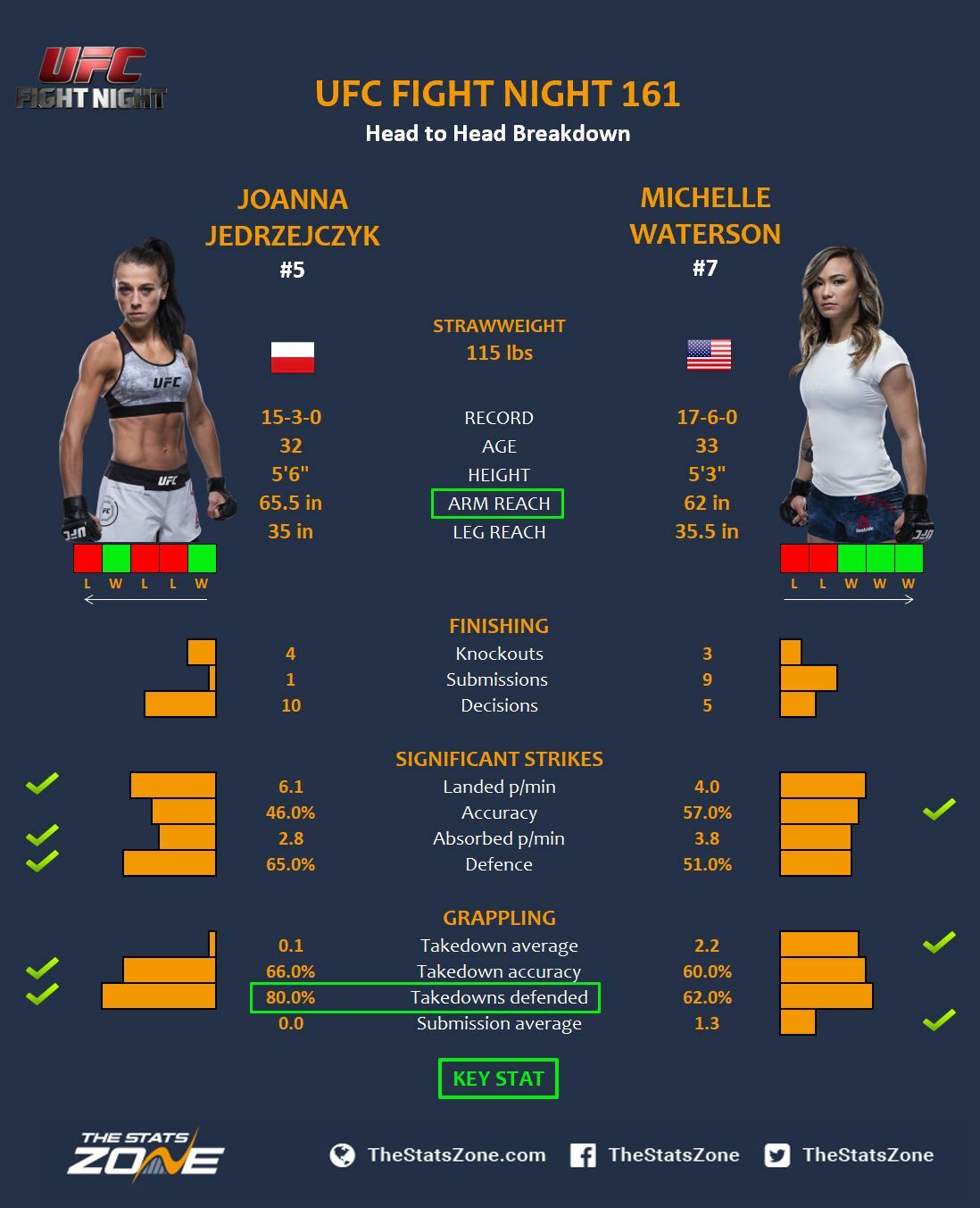 Two of the best strawweights in the world headline the Fight Night card in Florida. Joanna Jedrzejczyk wants her title back but Michelle Waterson is standing in her way with her own dreams of becoming the champion.

Jedrzejczyk has suffered all three of her MMA losses in her last four fights. She lost her belt and rematch to Rose Namajunas and after bouncing back with a vintage and dominant striking display against Tecia Torres, she stepped up to fight for the flyweight title. However, she was outclassed by the bigger and stronger Valentina Shevchenko which has forced her back to the drawing board.

Waterson has been around for a hot minute and is desperate for her first UFC title shot. She is in fine fettle and if she can get past Jedrzejczyk she fully deserves one. She is coming off three stellar performances and decisions over Cortney Casey, Felice Herrig and Karolina Kowalkiewicz.

Jedrzejczyk is in the worst form of her life but this will be Waterson’s toughest assignment by far. Namajunas was a bad stylistic match-up for Jedrzejczyk, and Shevchenko beats virtually everyone right now, so expect to see ‘Joanna Champion’ back in force.

Waterson is excellent on the feet with her strong karate background but Jedrzejczyk will have the advantage especially with her height and reach advantage. So, expect Waterson to try and get the fight to the ground to enforce her superior grappling. However, Jedrzejczyk’s takedown defence is too good and she is likely to pepper Waterson for five rounds to earn the decision.