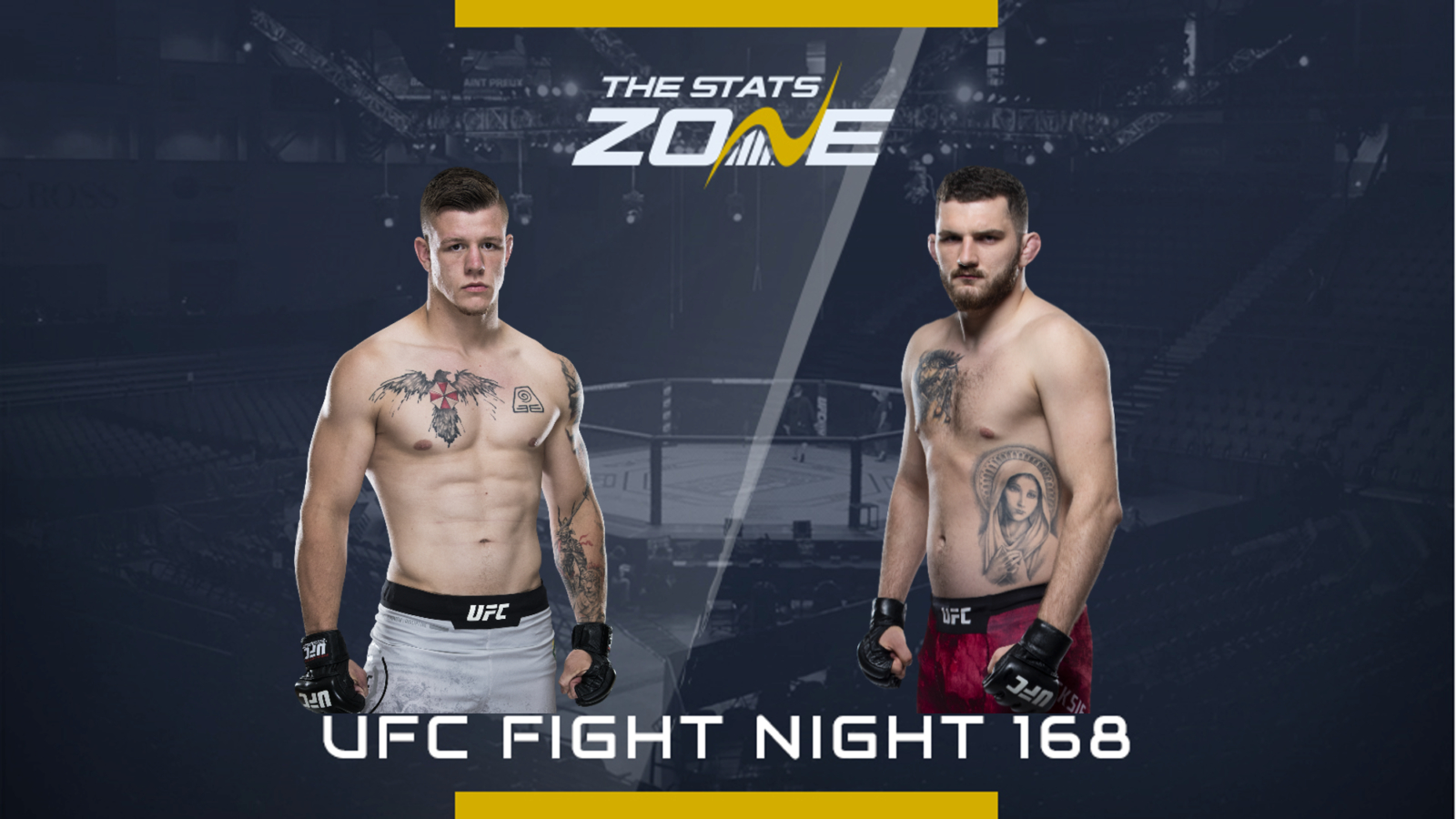 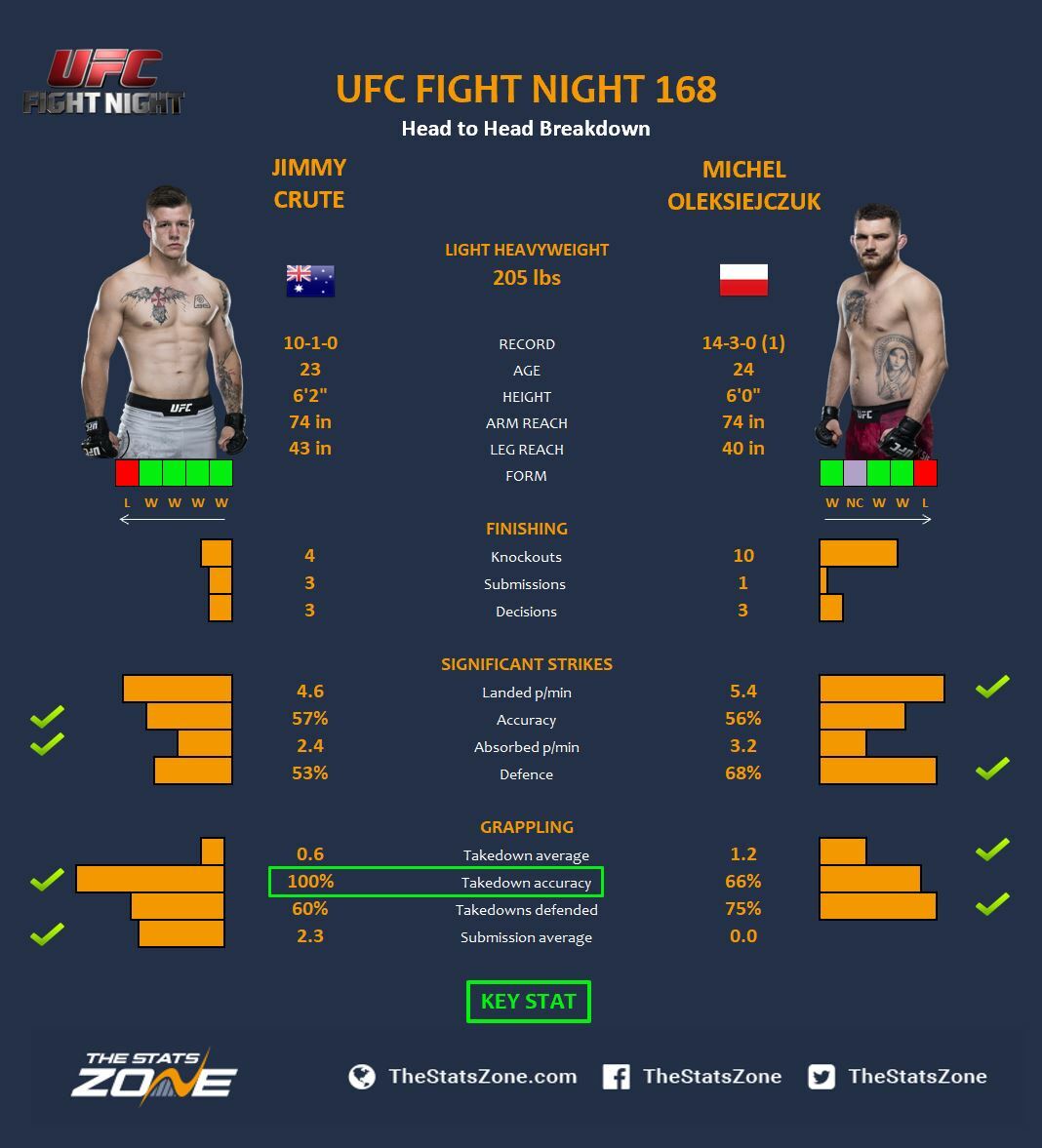 Jimmy Crute hops over to Auckland from Australia as he takes on Michal Oleksiejczuk from Poland with both fighters coming off rare losses.

Crute suffered the first loss of his career in his last fight after submitting Paul Craig and finishing Sam Alvey with a TKO. He took on the submission wrestling champion, Misha Cirkunov and it was a great fight, but he got caught with a fantastic Peruvian Neck Tie. Cirkunov showed his class but he had to work very hard for the win. It was a valuable lesson for the Aussie that will make him a better fighter.

Oleksiejczuk is also in unfamiliar territory after losing his first fight in 12 outings, to Ovince Saint Preux five months ago. His streak included nine knockouts but it succumbed to Saint Preux’s fourth Von Flue choke. Like Crute, this was a valuable lesson in making the step-up to the top tier of the division and he now hopes to continue where he left off in knocking out Gian Villante and Gadzhimurad Antigulov before the loss.

These youngsters are explosive finishers and rarely reach decisions. Crute will be most threatening on the ground as a black belt in Brazilian jiu jitsu complimented by his ground-and-pound whereas Oleksiejczuk will look to keep the fight on the feet as he has a kiss of death in his hands. He has one-punch knockout power and can easily catch Crute early, but the Aussie is expected to wear Oleksiejczuk down with his grappling to set up a late finish.