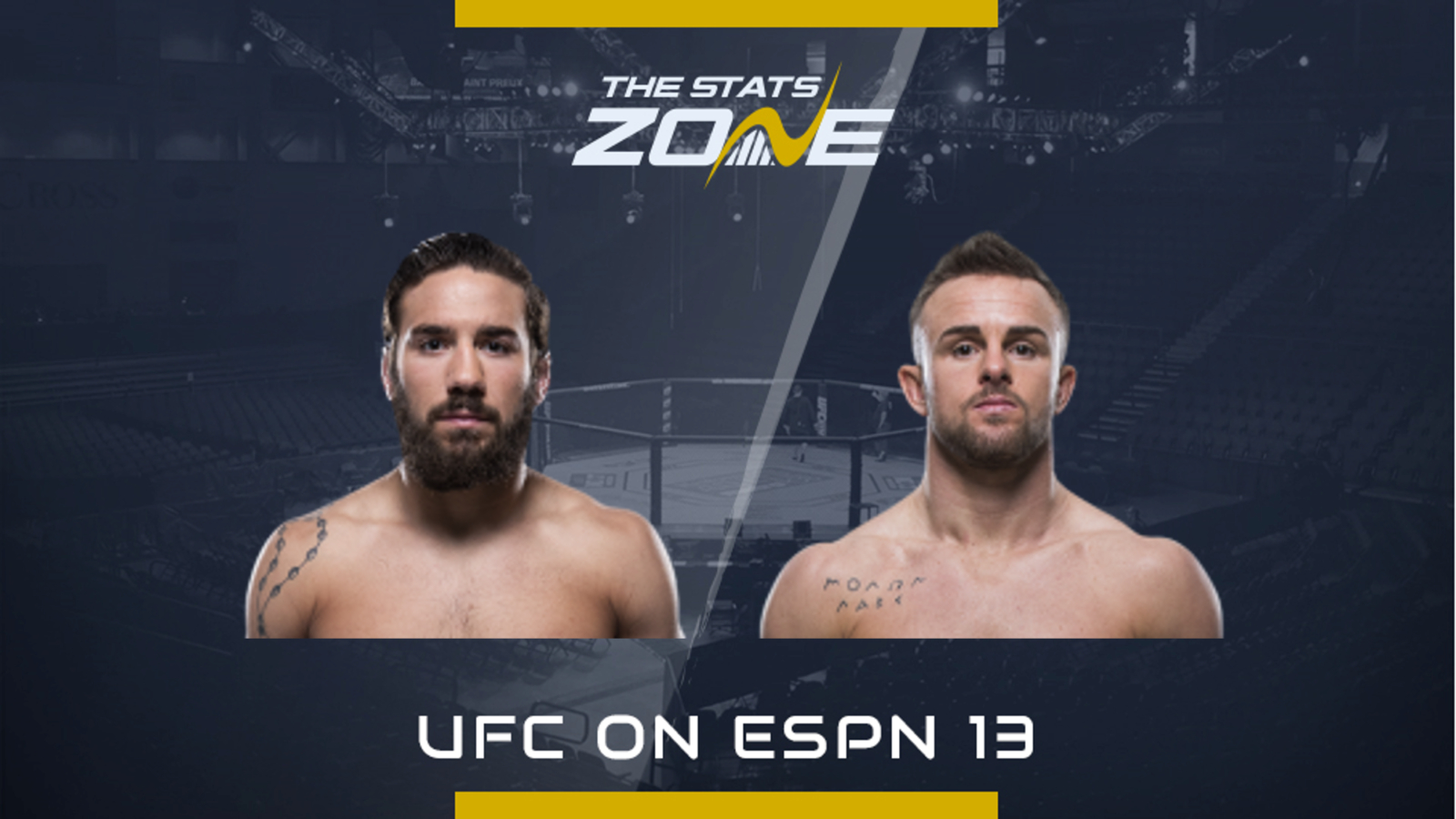 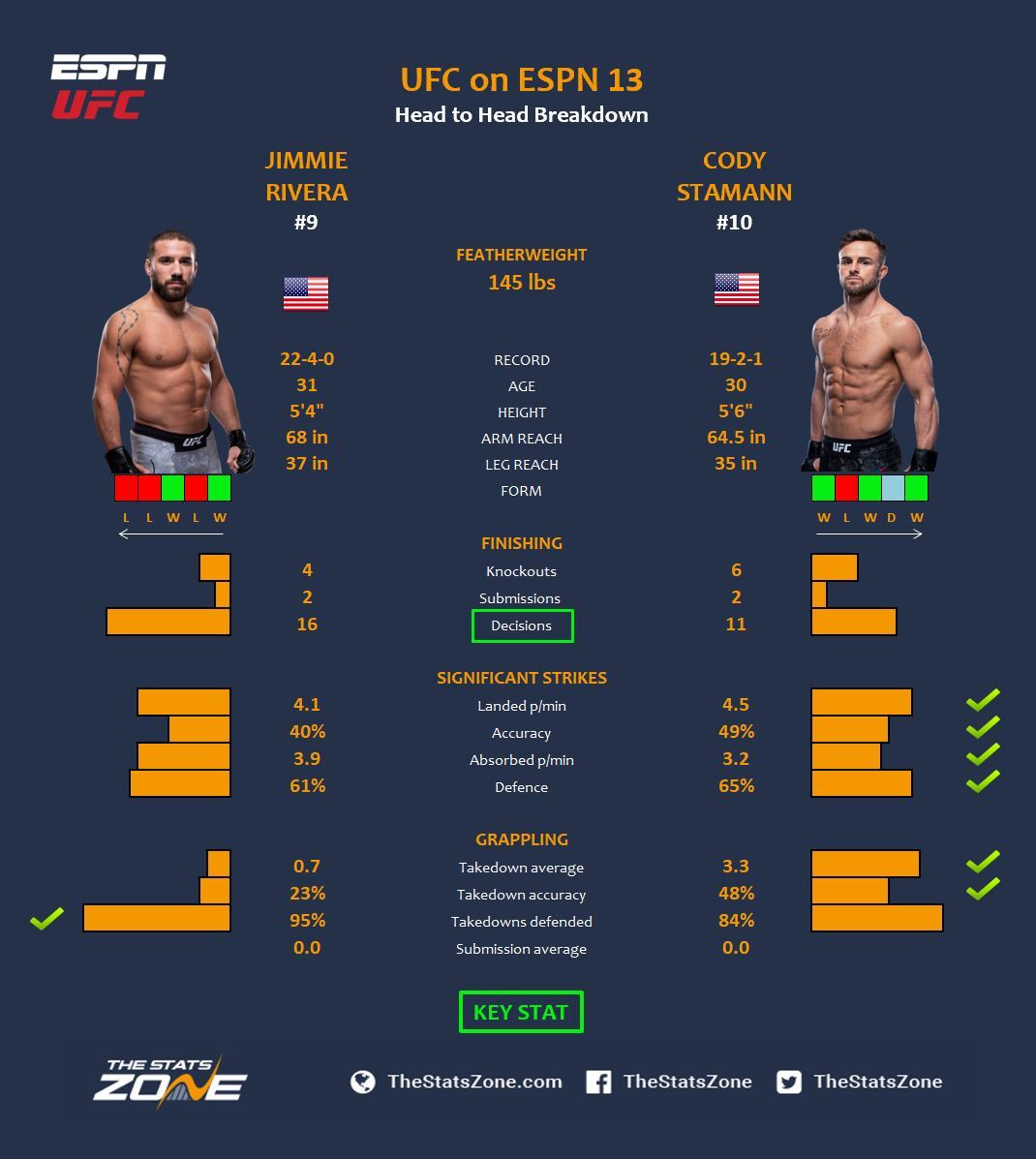 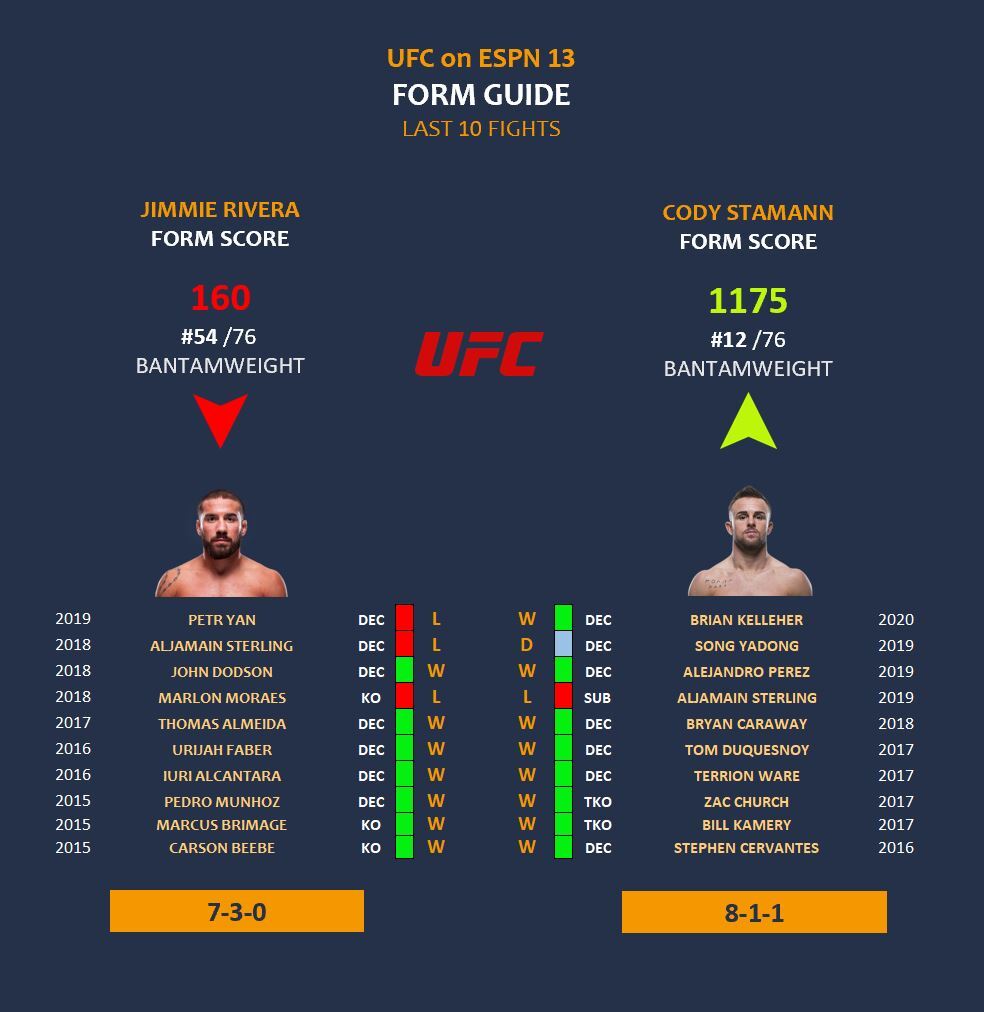 Two bantamweight barrels in the shape of Jimmie Rivera and Cody Stamann duke it out on Fight Island but step up to featherweight for this scrap.

Rivera is in the unfamiliar territory of losing his last two fights. He only has four losses on the record but three of them have come in his last four fights which has seen him drop down the bantamweight form table to #54. After Marlon Moraes handed Rivera his first loss in 20 with that monstrous head kick, he bounced back with a decision over John Dodson but is coming off two decision losses. However, they were to the newly crowned champion Petr Yan and his soon-to-be challenger Aljamain Sterling.

Contrastingly, Stamann has only lost one in his last 14 fights. That was also to Sterling who tangled him up with an amazing Suloev stretch. He then outpointed Alejandro Perez and then fought to a draw with Song Yadong and in his last fight he moved up to featherweight with Brian Kelleher and put on the best performance of his career. Not just by outclassing an in-form Kelleher but doing so while dealing with the recent death of his brother.

Just by looking at their finishing record it will be surprising if we see a finish. It is important to note they are fighting up at featherweight but are both expected to drop back down. This means we should see them at their best without giving up any power or durability.

They are very closely matched, and the stand-up battle will be a gritty contest with neither man giving an inch. However, the difference could come in Stamann’s grappling if he can mix takedowns in with his strikes and not solely rely on it.

This is bound to be a close fight right until the bell with Stamann’s takedowns making the difference.