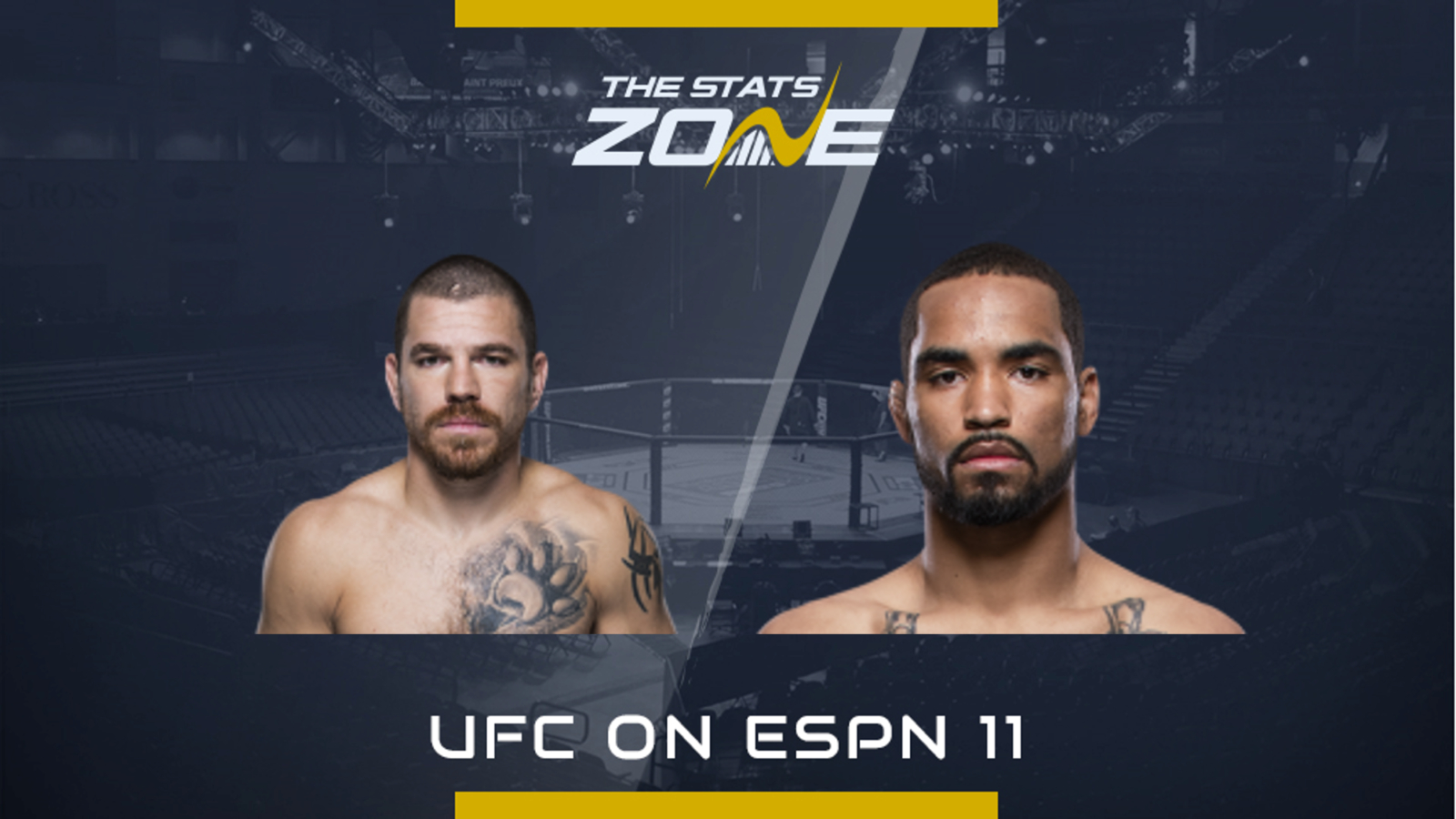 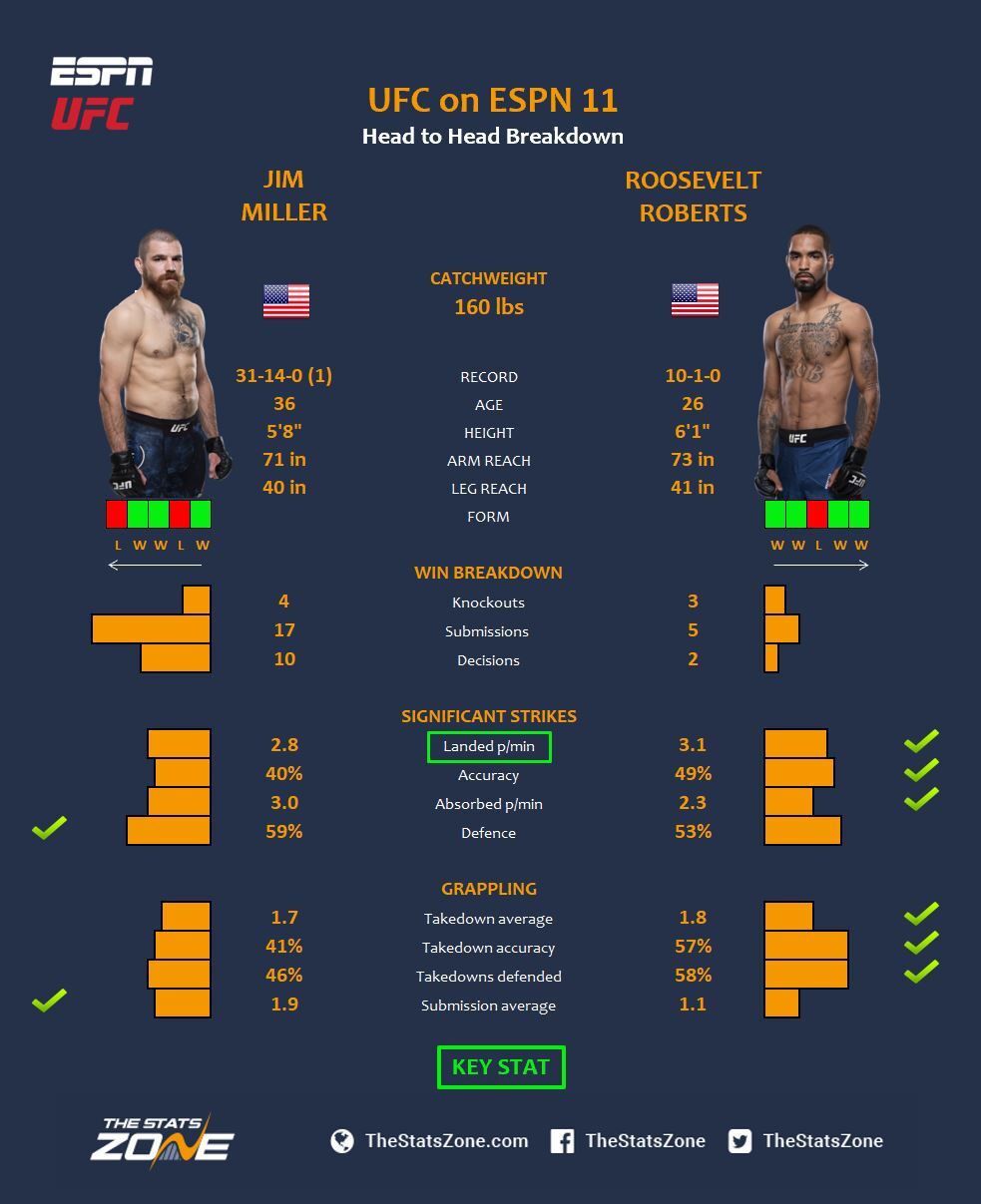 Roosevelt Roberts is back in action after his heroics three weeks ago at UFC on ESPN 9 but now takes on the UFC veteran Jim Miller.

Miller walks out for his 35th UFC fight with Donald Cerrone the only man to make the walk more times. He has a UFC record of 20-13-0 (1) which is exceptional considering he has duked it out with a plethora of prodigies and legends in the most stacked division in the organisation’s history and he is still a threat, especially on the ground as he recently submitted Jason Gonzalez and Clay Guida but he is coming off a decision loss to Scott Holtzman.

The next up-and-comer in Miller’s path is Roberts and he has all the makings of being a top contender very soon. He only has one blip on the record so far which was a decision to Vinc Pichel who displayed all his experience in out-wrestling Roberts but he has bounced back with a decision over Alexander Yakovlev and a brilliant submission over Brok Weaver.

Miller has all of the experience but what he doesn’t have is experience fighting in front of no crowd at the APEX facility, which Roberts has. Miller is rarely deterred but this difference will only make Roberts more confident which will be key to getting past the vet.

Roberts needs to get off to a quick start and be aggressive on the feet. He clearly has a huge submission threat but Miller is a master on the ground. If Roberts can utilise his speed and power on the feet, he can walk away with a decision at least.