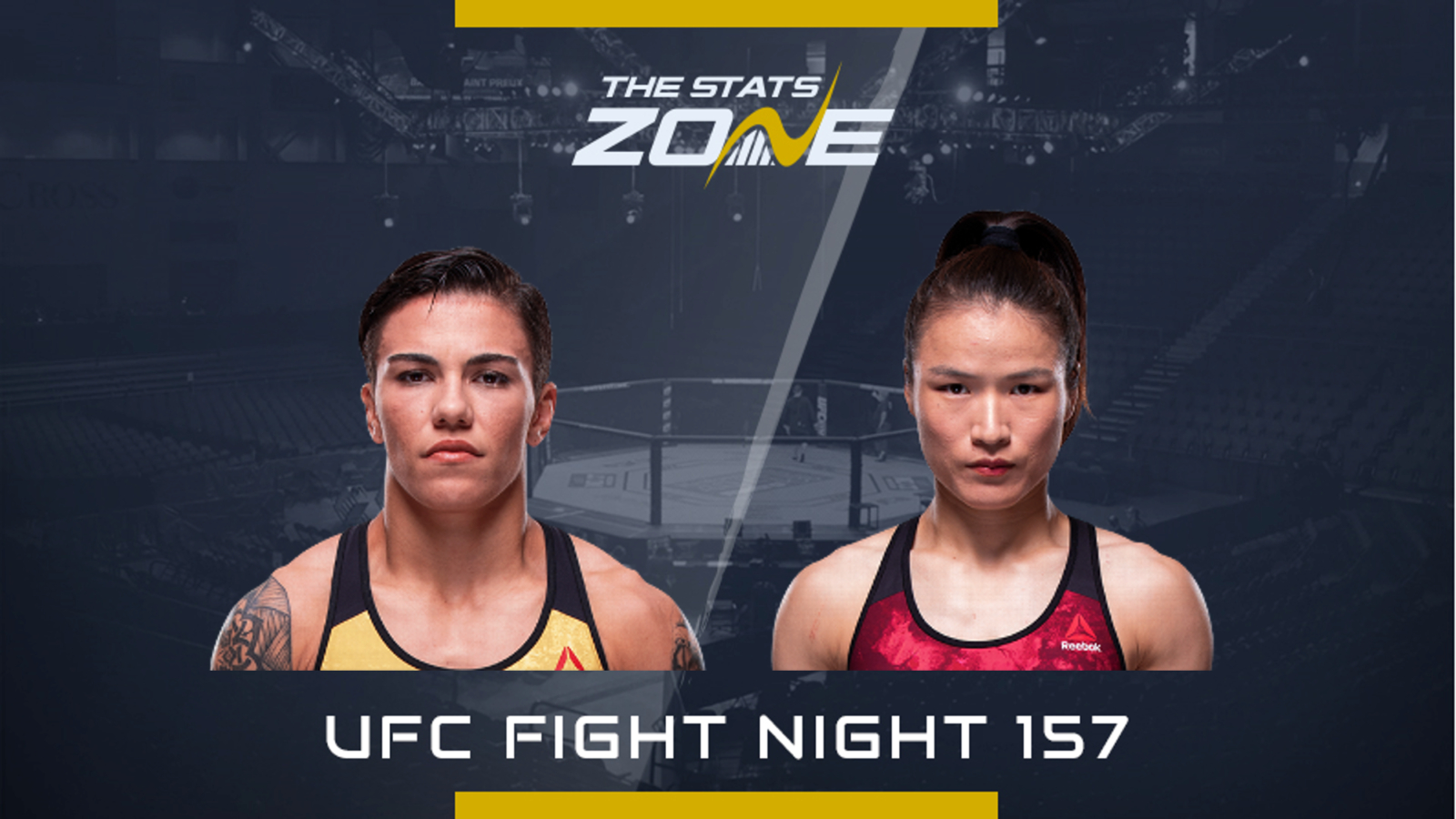 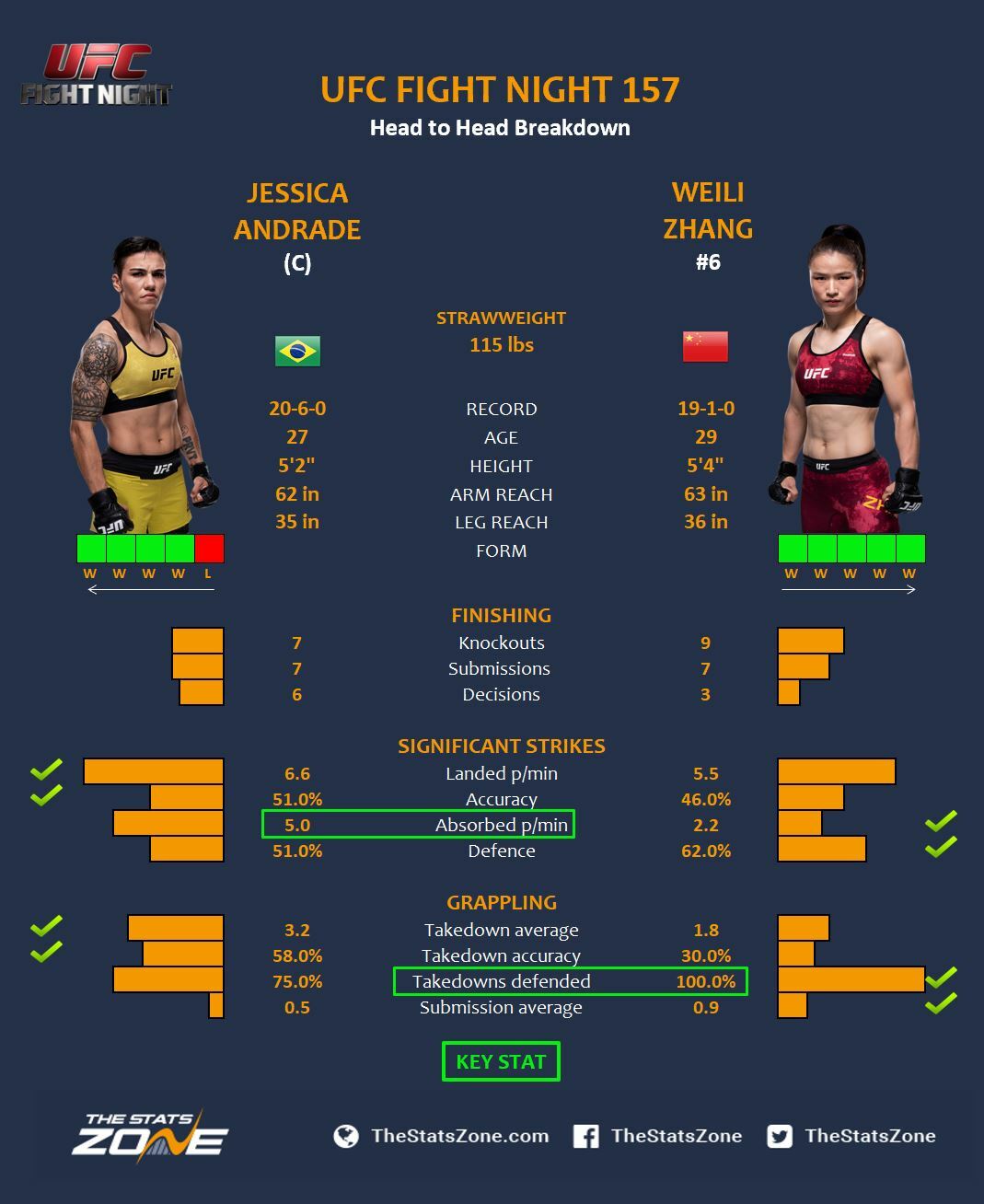 Jessica Andrade makes the first defence of her strawweight crown after piledriving Rose Namajunas out of consciousness back in May and the hard Brazilian has accepted one of the toughest challenges in the division – Weili Zhang in China.

Andrade waited patiently for the UFC to open its doors to the 115 lb division after slugging it out up at 135 lbs. She lost her first title fight to Joanna Jedrzejczyk after three straight wins but walked through top contenders Claudia Gadelha, Tecia Torres and Karolina Kowalkiewicz before snatching the title away from Namajunas.

This is a somewhat surprising match-up for Andrade. Zhang is a beast but not well-known among casual fans so this has not garnered much attention. She also makes the long trip to China for the first time to meet Zhang on home turf.

Zhang has only had three UFC fights: earning a decision over Danielle Taylor, a submission over Jessica Aguilar and a decision over Tecia Torres. She has won 19 fights in a row and is impeccably well-rounded with power to give Andrade a serious run for her money.

Considering Andrade’s experience she will be the favourite with many expecting her to overwhelm Zhang with heavy strikes and take her down at will to dish out some heavy ground-and-pound.

However, Zhang is too good to let this happen. Technically, she is a much better striker than the champion and arguably as powerful. She has great hand speed and ferocious kicks which she won’t hesitate to throw in fear of being taken down as she is also an excellent grappler.

Andrade needs to take her down and keep her on her back but her passion to stand and bang will get her in trouble. Zhang will be waiting to counter Andrade’s wild attacks with her brilliant stiff jab and follow up with un-telegraphed kicks. Andrade eats a lot of shots but cannot afford to take too many from Zhang so expect her to eventually look for takedowns.

If Zhang can keep the fight on the feet she has all the skill to shock the world. If she gets past the third round, Andrade will begin to tire and pour on enough punishment to earn the decision.