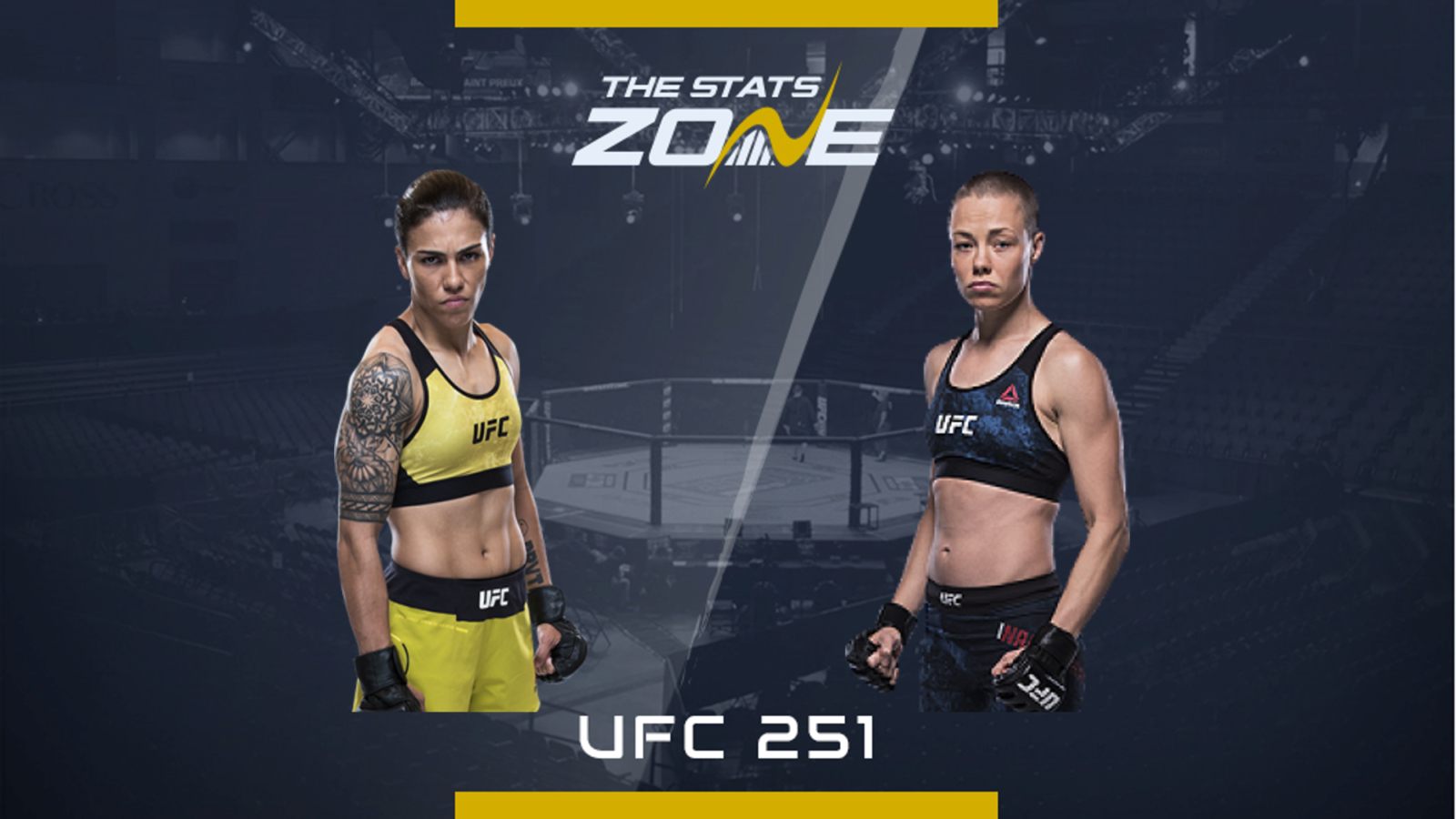 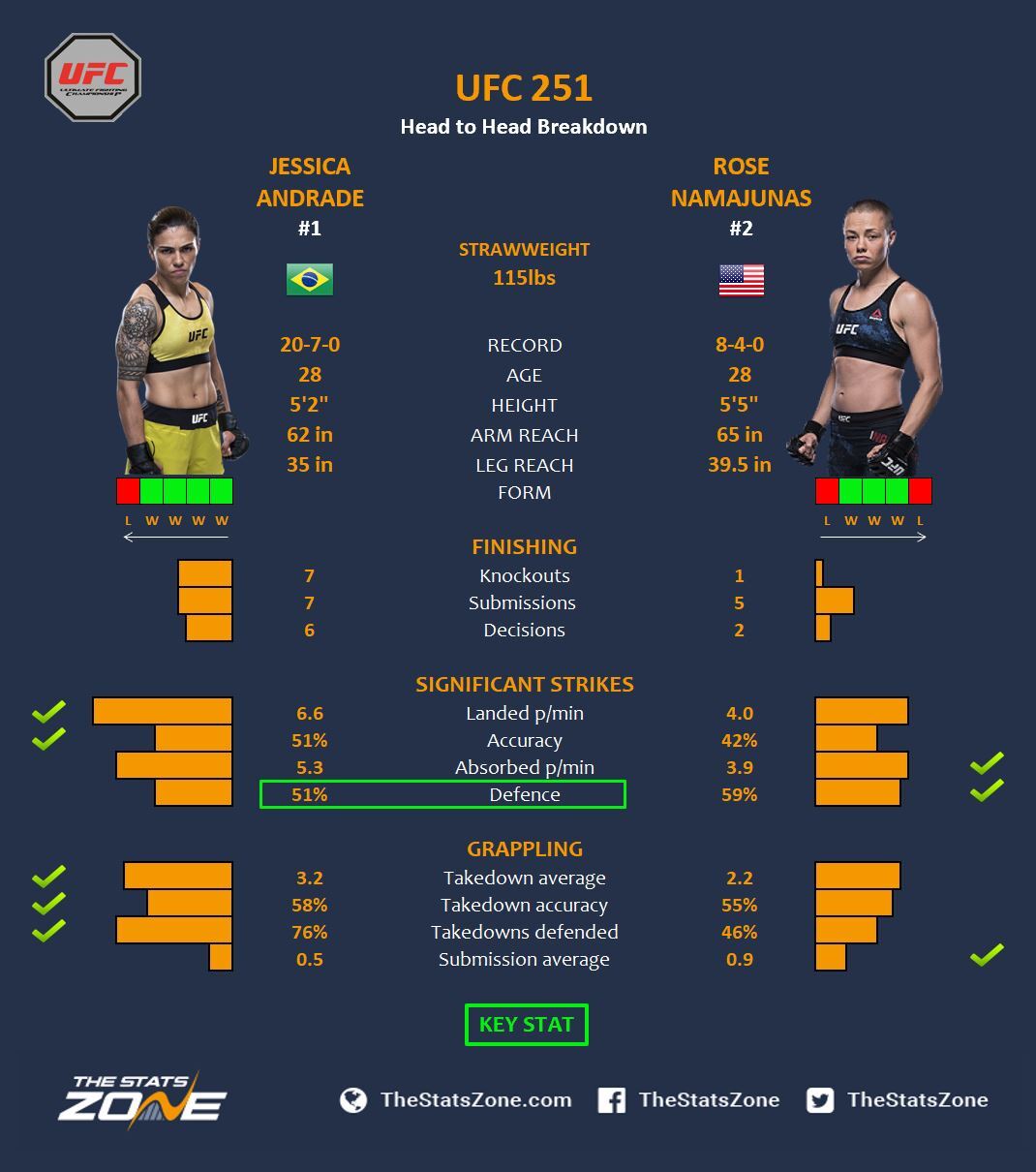 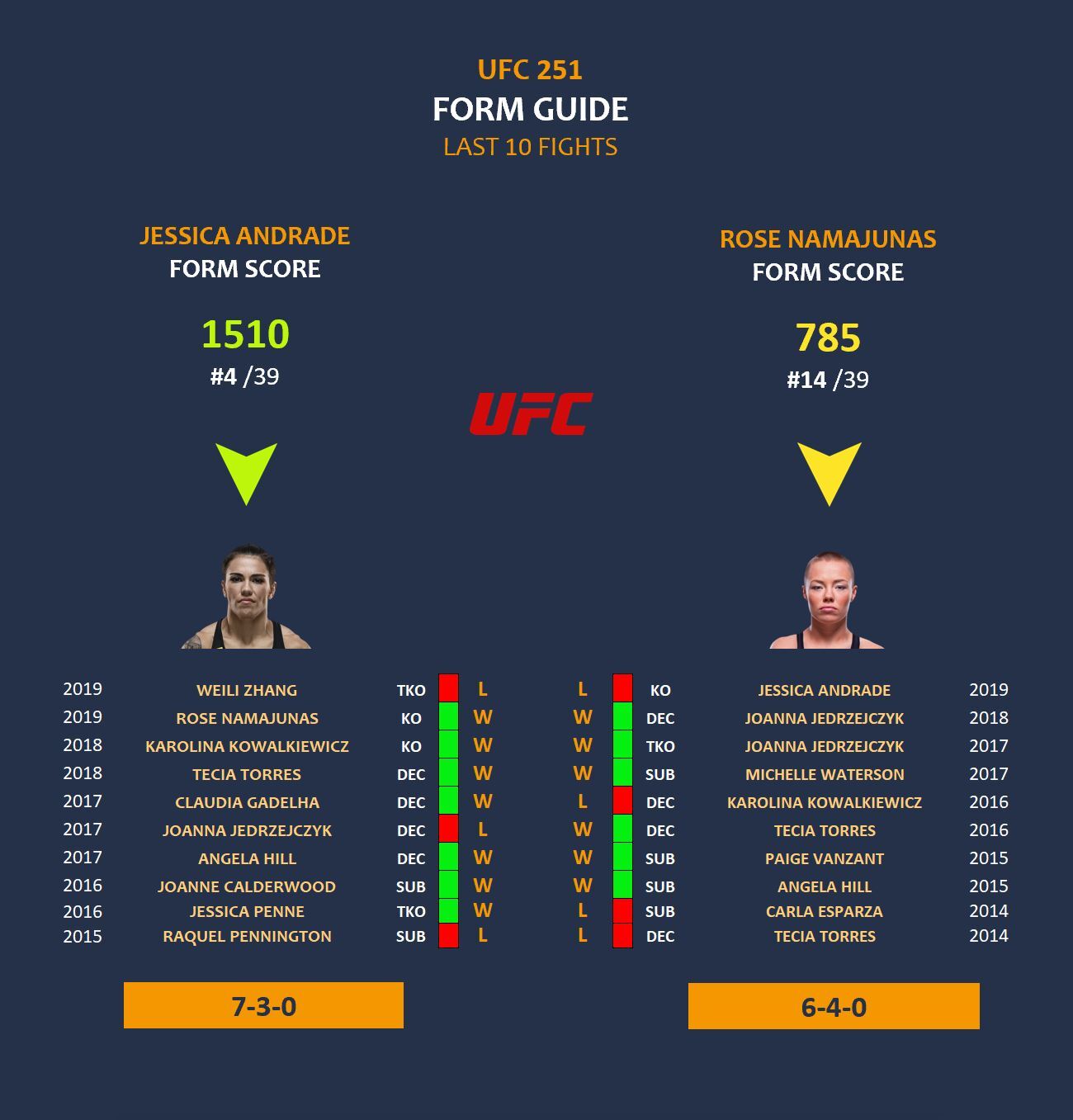 Jessica Andrade and Rose Namajunas head to fight island to reschedule their rematch which fell through at UFC 249.

Andrade took home the spoils and Namajunas’ belt back in May last year in spectacular fashion. She was losing the fight rather convincingly but managed to pull off a thunderous slam, living up to her nickname by pile driving Namajunas into the canvas. She meets her again but without the belt as she failed to defend it against Weili Zhang in China, which has seen the former champion slip to the #4 spot in the strawweight form table.

That loss which derailed a lot of momentum. After dethroning the strawweight queen, Joanna Jedrzejczyk and beating her again in the rematch, Namajunas continued that momentum against Andrade, but that one mistake in holding on to a kimura for too long and adding a couple recent deaths in the family related to the Covid-19 pandemic has really hit her off track but now she is determined to get back on the train and a win will see her catapult back up to the top of the form table.

Namajunas was winning the first fight with her technique, movement and reach enabling her to pepper the Brazilian on the feet. She also defended the first slam attempt by attacking with a submission so you have to feel Namajunas will have a clear and confident strategy if she gets tied up again.

So, expect Namajunas to keep the distance by moving laterally, jumping in and out of range, popping Andrade with her jab while respecting that her power can change the fight in an instant.

The difference here is that Namajunas will know what to avoid and what works against Andrade and she is expected to cruise three rounds with a hefty output. This is also only three rounds which will create a faster pace despite the heat on Yas Island.