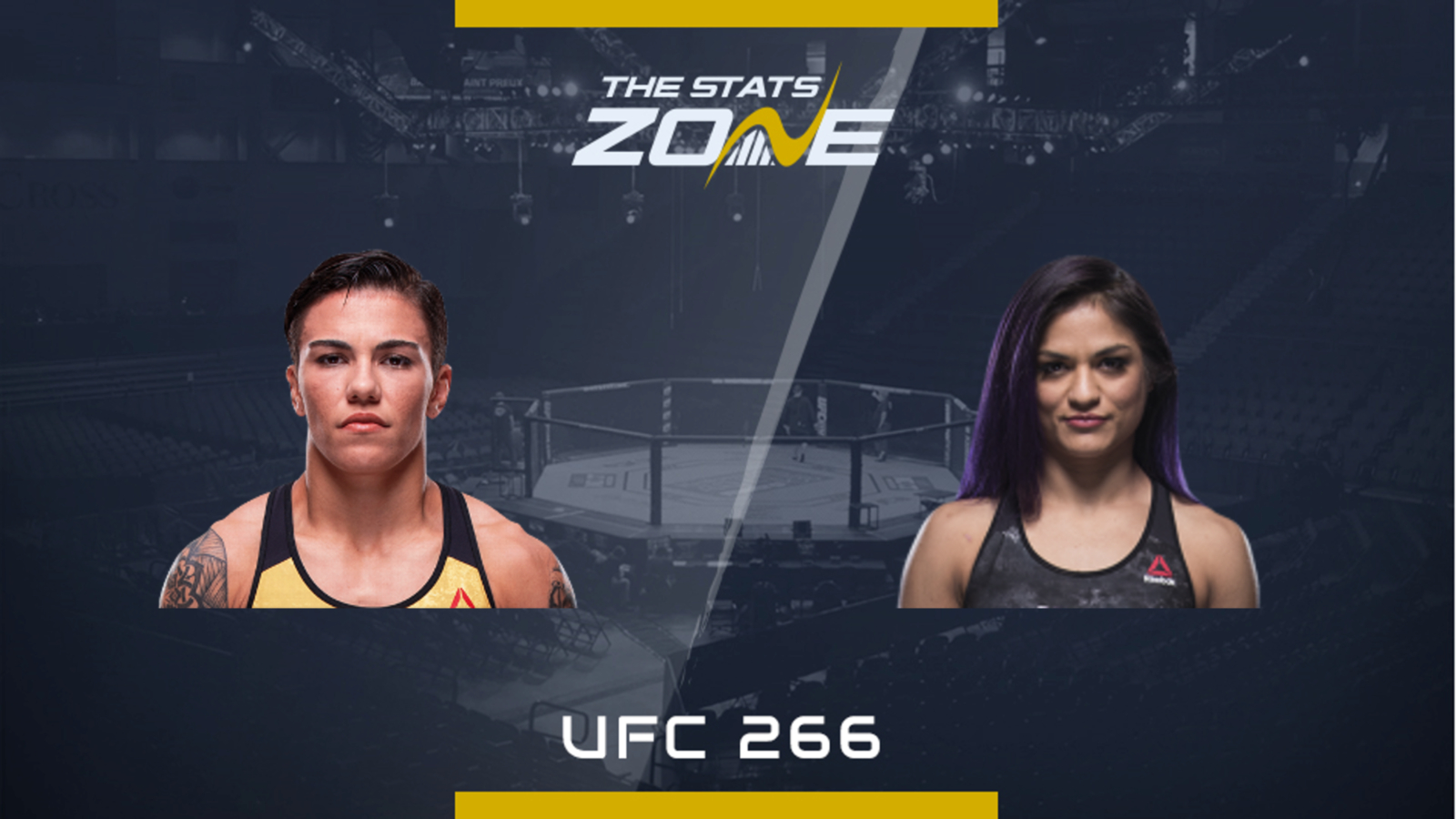 Where can I stream UFC 266? BT Sport subscribers can stream the fight online via the BT Sport website

Jessica Andrade (21-9) has lost three of her last four but two of those were title fights and the other was to a current champion. That current champion is strawweight Rose Namajunas who she piledrived in 2019 to claim the strawweight title. However, Andrade went on to lose her first defence to Weili Zhang who ran through her in the first round losing via TKO. She then met Namajunas again and looked good but fell on the wrong side of a split decision. She responded by dispatching perennial top contender Katlyn Chookagian in the first round with a punch to the liver but then moved up to flyweight and straight into a title shot. Unfortunately for her, Shevchenko sits on the 125 lb throne and was completely outclassed, getting thrown around before suffering the fourth knockout of her career.

Cynthia Calvillo (9-2) has shown title contender potential for a while now. The only fighter she lost to at strawweight was Carla Esparza but after struggling with the weight cut and missing the mark by five pounds in her fight with Marina Rodriguez, she moved up a division. She fought to a draw in that fight with Rodriguez and her wrestling was also on point in her next fight against the bigger and more experienced Jessica Eye who she beat via unanimous decision. However, she suffered her first setback in the division last November losing a unanimous decision to Chookagian.

This is a great match-up between the two former strawweights. Andrade will be giving up a height and reach advantage as usual which will not faze her as she closes the distance with power hooks, combinations and looks to tie Calvillo up to give her a taste of her strength.

Calvillo’s strengths are her wrestling and it was frustrating to see her not be more persistent with it in her fight with Chookagian. She failed an attempt and seemed to give up and let Chookagian pepper her from range for the rest of the fight.

She will have to be more assertive as Andrade will be as aggressive. She is expected to walk Calvillo down undeterred by her skills, especially on the feet. Calvillo can box but as Andrade is used to fighting champions, she will have no respect for her stand-up.

Calvillo needs to strike from range and set up takedowns. Andrade is extremely strong and cannot afford to let her land on top, but she has the skill to out wrestle the Brazilian and win the rounds in top position.

If Andrade is motivated, she has the striking to overwhelm Calvillo and the power to defend the takedown attempts but Calvillo has the ability to cause the upset as long as she grapples.